SONJA HEINTSCHEL is delighted to now represent power duo VIVIENNE & TAMAS. Whether photography or film – the focus of the creative team is on fashion, beauty and jewelry for a high-end international clientele.

They photograph global print campaigns and produce TV commercials for international beauty brands. But small labels also rely on the modern imagery and the often surprising perspectives of VIVIENNE & TAMAS, whose creative toolkit consists of analog and digital techniques.

Here on GoSee, we present you the CHOPARD commercial HAPPY DIAMONDS featuring Hollywood shooting star Sadie Sink and her ‘Happy Style’. The American actress made her international breakthrough in the role of Max Mayfield in the Netflix series ‘Stranger Things’. Already legendary is her congenial run for her life to Kate Bush’s classic hit ‘Running Up That Hill’.

We also present you the new commercial for KERASTASE and the fresh showreel 2022 by Vivienne & Tamas.

Vivienne graduated with a degree in Photography in 2010 and has since worked as a fashion photographer. In 2017, she joined forces with Tamas, and the creative duo began shooting fashion films for iconic brands such as Chanel, Dior and Louis Vuitton. Subsequently, several of these films have been awarded at international fashion film festivals.

They soon switched to advertising and began filming campaign films for brands including Chopard, Kerastase, among others. Their broad expertise enables them to work across these different worlds and realize projects both as directors and photographers. The creative approach of Vivienne and Tamas is at times experimental and skillfully captivates viewers often with a surprise in store. Their unique visual aesthetic is a blend of classic and modern, inspired by icons such as Peter Lindberg, Helmut Newton or Martin Munkacsi.

Christian BORTH c/o SONJA HEINTSCHEL photographed the first collection from Bachmaier Weissach Hotel on Lake Tegernsee. It offers finest quality basics such as T-shirts and hoodies alongside exclusive cashmere coats and dresses. Model Marlies is a superconnector when it comes to celebrities in the business.
11.04.2022 show complete article 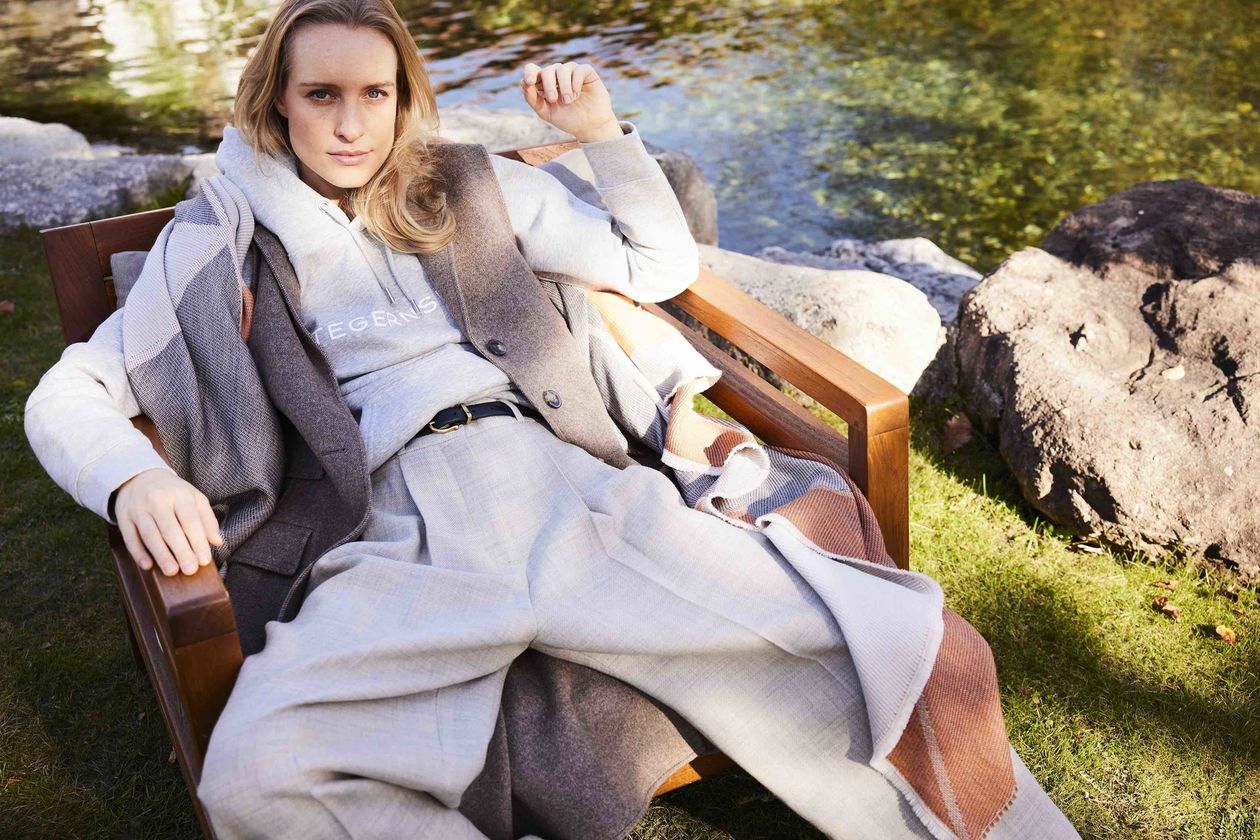 The Cologne-based slow fashion brand is among the pioneers in the area of sustainable fashion. Since back in 1999, founder Claudia Lanius and her team have been designing feminine elegance with each new collection. “Designing fashion under fair conditions, creating something beautiful and feeling good about it.” – this is the vision pursued by LANIUS, combining sustainable materials with sophisticated design.
11.04.2022 show complete article