The PORSCHE Heritage Design Package Classic – 911 Turbo S Convertible brings back some of that late 60s flair. Richard Monning photographed the vehicles with the premium equipment package in the studio, and backgrounds were realized via CGI. ARTDIVISION took care of post production & CGI.

“The 60s are back. And not just for owners of the 911 Sport Classic, but for many 911 enthusiasts. Because with the optional Heritage Design Package Classic, the unforgettable aesthetic of the Swinging 60s is revived in many of the 911 body designs. Among the style-defining elements of the interior package are many features also found in the 911 Sport Classic, including the two-tone leather interior in Black/Classic Cognac (semi-aniline leather) as well as the houndstooth fabric, a legendary design that adorns the seats and door mirrors. Also included is the classic layout of the cockpit dials,” says PORSCHE … “So you can immerse yourself in the style of the era when the first 911 conquered the boulevards of the world.”
16.05.2022 show complete article 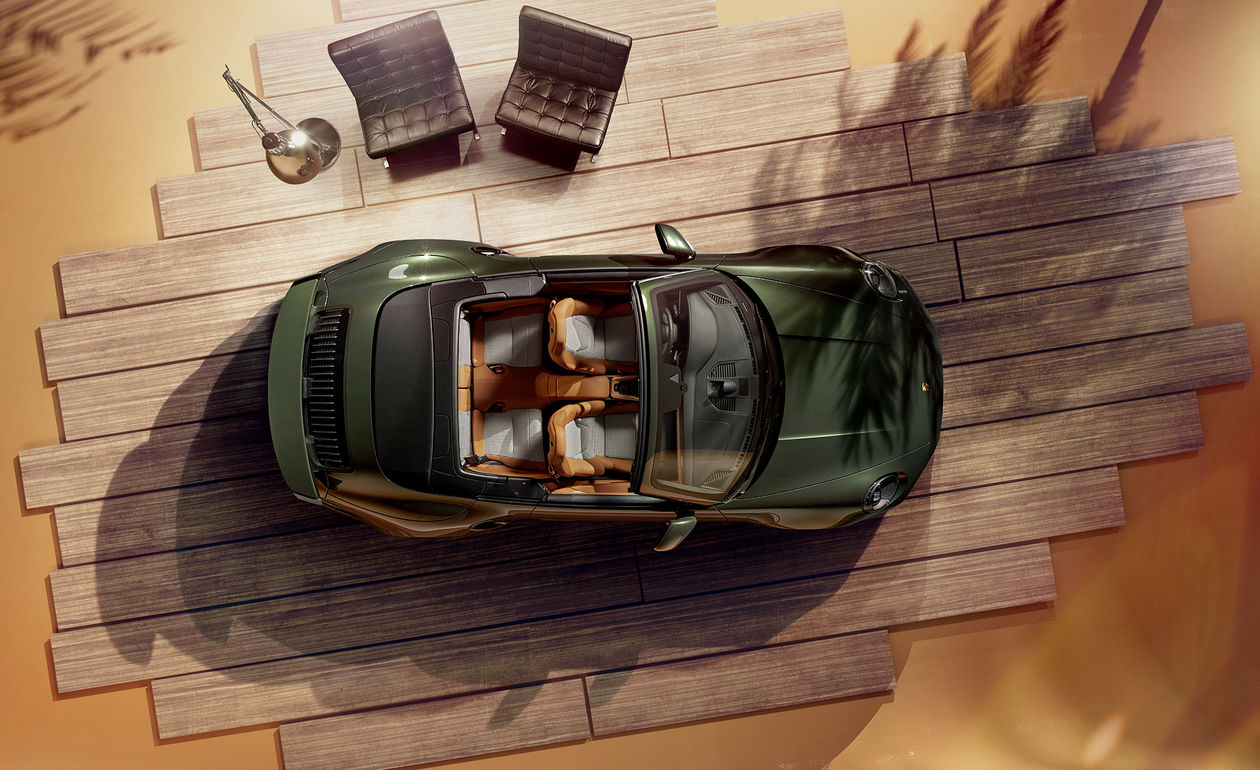 In 2021, ARTDIVISION received a special commission : In honor of the most successful Mexican race car driver Pedro Rodrìguez, who had a fatal accident on Nuremberg’s Norisring 50 years ago, a special model of the 911 Turbo S was designed – which, of course, had to be presented befittingly : the Porsche 911 Turbo S ‘One of a Kind’ Pedro Rodríguez.

Porsche Latin America and Porsche México honor Pedro Rodríguez with a very special model. They commissioned the Porsche Exclusive Manufaktur workshop with the development of a worldwide unrivaled vehicle, the Porsche 911 Turbo S ‘One of a Kind’ Pedro Rodríguez, which was revealed last year at the Sportscar Together Day in Centro de Alto Rendimiento Pegaso in Mexico.

What makes it so special : The exterior design of the ‘One of a kind’, based on the design of the 917 short-back driven by Rodrìguez in 1970 and 1971, is unique and limited to exactly one vehicle. Several of the vehicle details can only be found on this car and are not available via the Porsche configurator. This makes the 911 an absolute one-off model !

The requirement : The photographed vehicles had to be presented in an industrial-style, fictive workshop developed and generated in CGI by ARTDIVISION. For the conception and look of the motifs, ARTDIVISION was given almost total creative freedom by the client. The result is a consistently coherent visual language which conveys a timeless atmosphere, providing an exhilarating setting fit for this occasion.

Rodríguez was the son of wealthy parents in Mexico and already won his first motorcycle race at the age of twelve. Together with his two-year younger brother Ricardo, he was victorious in such impressive long-distance races as the 24-Hours of Daytona Beach in the early 1960s. His brother Ricardo had a fatal accident on 1 November 1962 while training for the Mexico Grand Prix in a Lotus. Pedro Rodríguez, who was one of the best race car drivers in the world in 1970 and 1971, died later at the age of 31 on 11 July, 1971, on the Norisring in the twelfth round of the race for the European Interseries. Fifty years after his death, the bridge in Nuremberg where the accident occurred was named after him.

The vehicle was sold at an auction, and the proceeds were used to benefit several charitable causes. 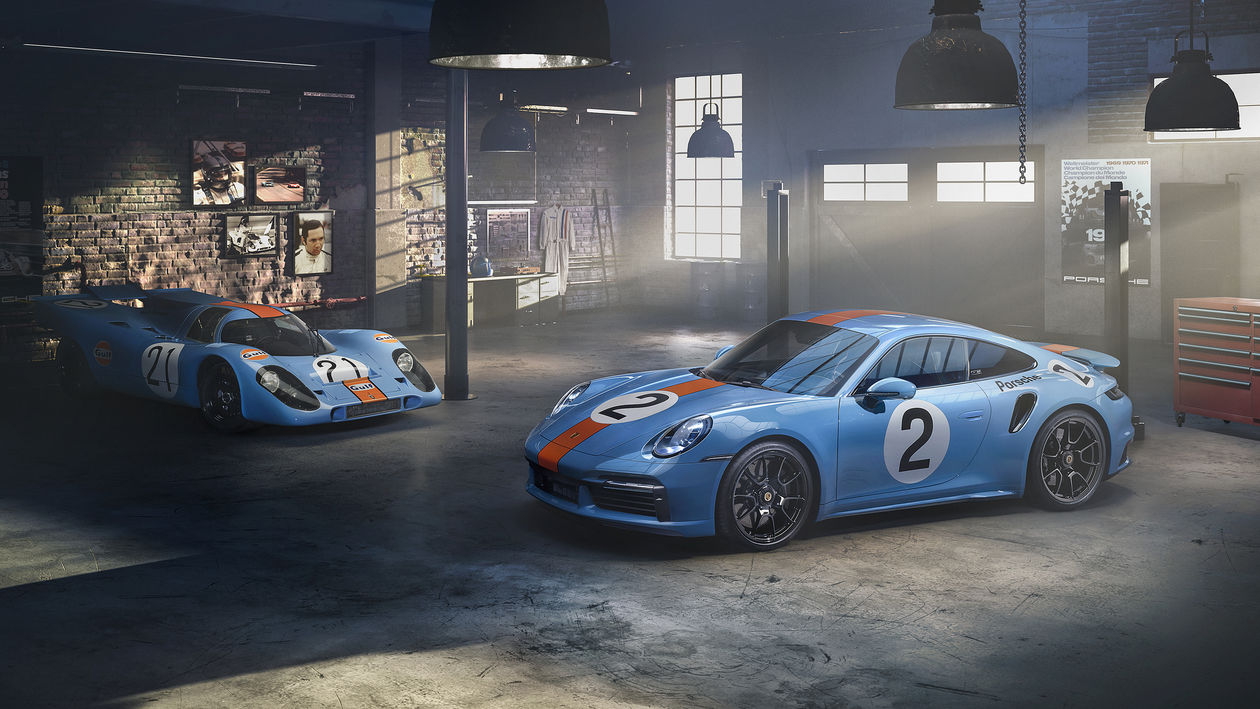 ARTDIVISION - post prod for a PORSCHE production by photographer Richard Monning and Grabarz + Partner, plus meet the post production & CGI specialists at their booth at UPDATE-19-BERLIN

ARTDIVISION took care of post production for PORSCHE and the agency Grabarz + Partner with Art Director Thomas Schraudolf. The vehicle was photographed by Richard Monning, and you can meet the CGI specialists from UPDATE-19-BERLIN exhibitor ARTDIVISION on 15 November in Berlin.

The agency was founded by Richard Monning & Robert Wagner under the guiding principle of craft production – who see themselves as a “production facility with craftspeople of different professions or highly specialized craft workers whose goal in their various work processes is the manufacture of a joint end product.” Bottom line: It is only possible to design extraordinary motifs by employing absolute specialists – the maxim of ARTDIVISION.

“Lots of passion for detail and more than 20 years in advertising enable us to draw from an enormous wealth of experience when it comes to transportation photography – our expertise in choosing what’s best for projects in cooperation with photographers, architects, art directors, artists and many other creatives,” Richard and Robert tell GoSee.
18.09.2019 show complete article 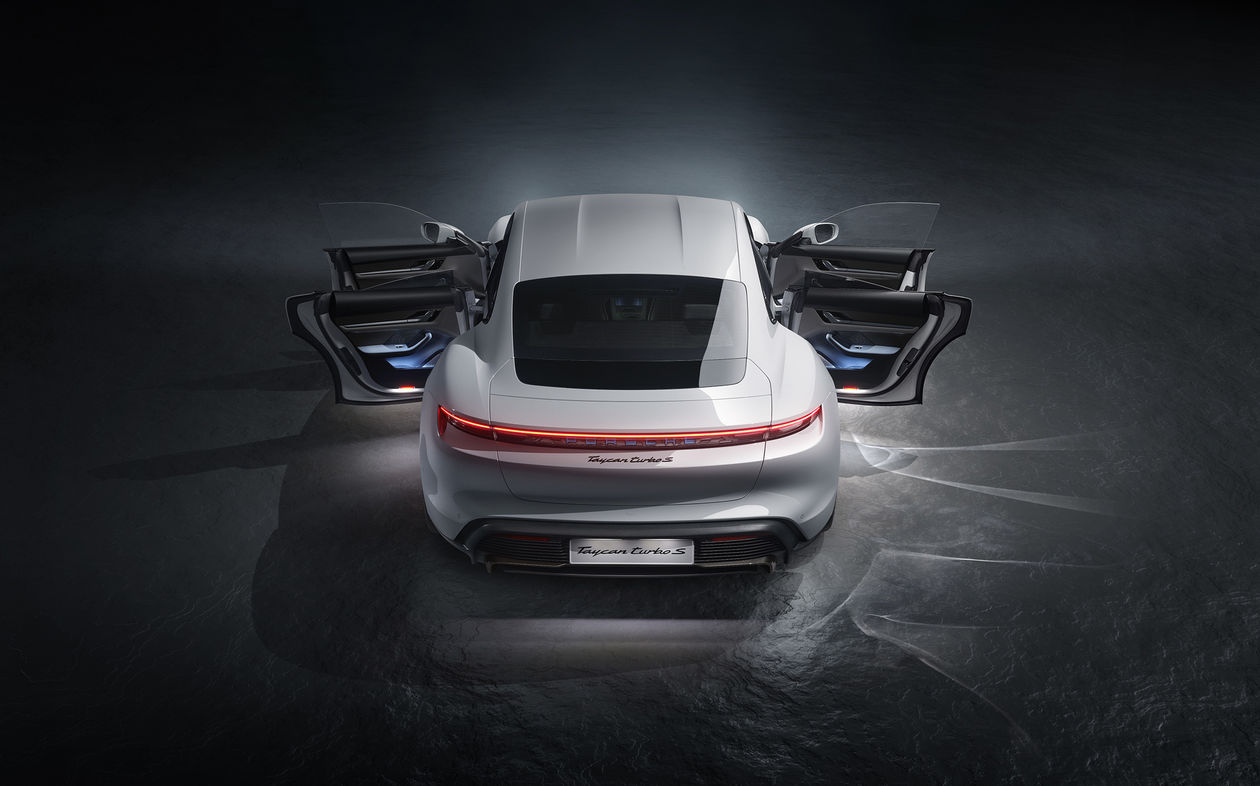