Swiss health insurer KPT is advertising “with a plus on innovative solutions and personal consulting.” Definitely a plus when it comes to customer satisfaction : KPT is top of the class according to customer surveys.

The KPT corporation insures around 410,000 customers and received 1.8 billion Swiss francs in premiums in 2019 with more than 600 employees.

KPT was founded in 1890 by a cooperative of railroad workers as an occupational health insurance fund. The acronym originated from German ‘Krankenkasse (health insurance), Personal, Transport…’. In the 1930s, personnel from the confederation were able to join, followed later by cantons and municipalities. Since 1993, KPT has offered its health and accident insurance to all customers. GoSee : kpt.ch & solarundfotografen.com
04.10.2021 show complete article 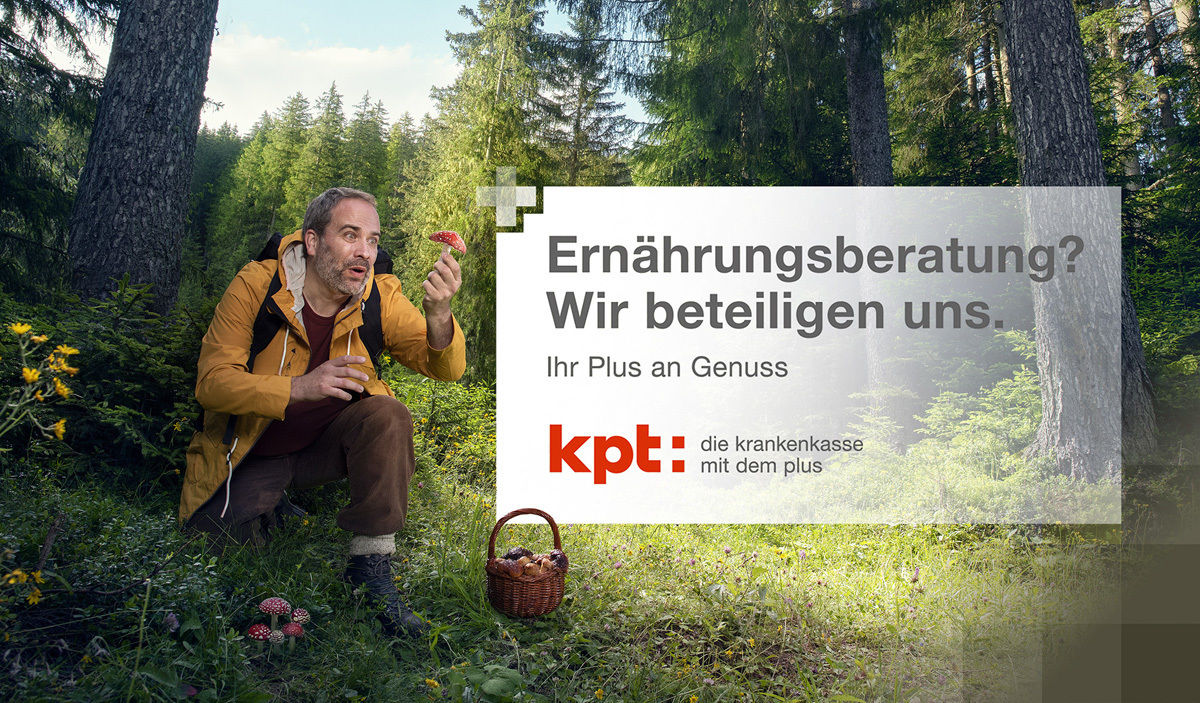 UBS me – is the name of the banking package for young people and students : “Design your banking package to match your lifestyle and get benefits you need at school or during your studies.” The ‘Individual is better.’ campaign was photographed by Arthur MEBIUS c/o SOLAR UND FOTOGRAFEN. The executive agency was Publicis Zürich with Producer Lina Baumann.

UBS Group AG is a major Swiss bank headquartered in Zurich. It is among the worldwide largest asset management firms. Over the course of its history, the Group has been formed through 300 bank mergers and acquisitions. The day the bank was founded in Winterthur in April of 1862 is considered the official date of incorporation of UBS. GoSee : ubs.com & solarundfotografen.com
14.09.2021 show complete article 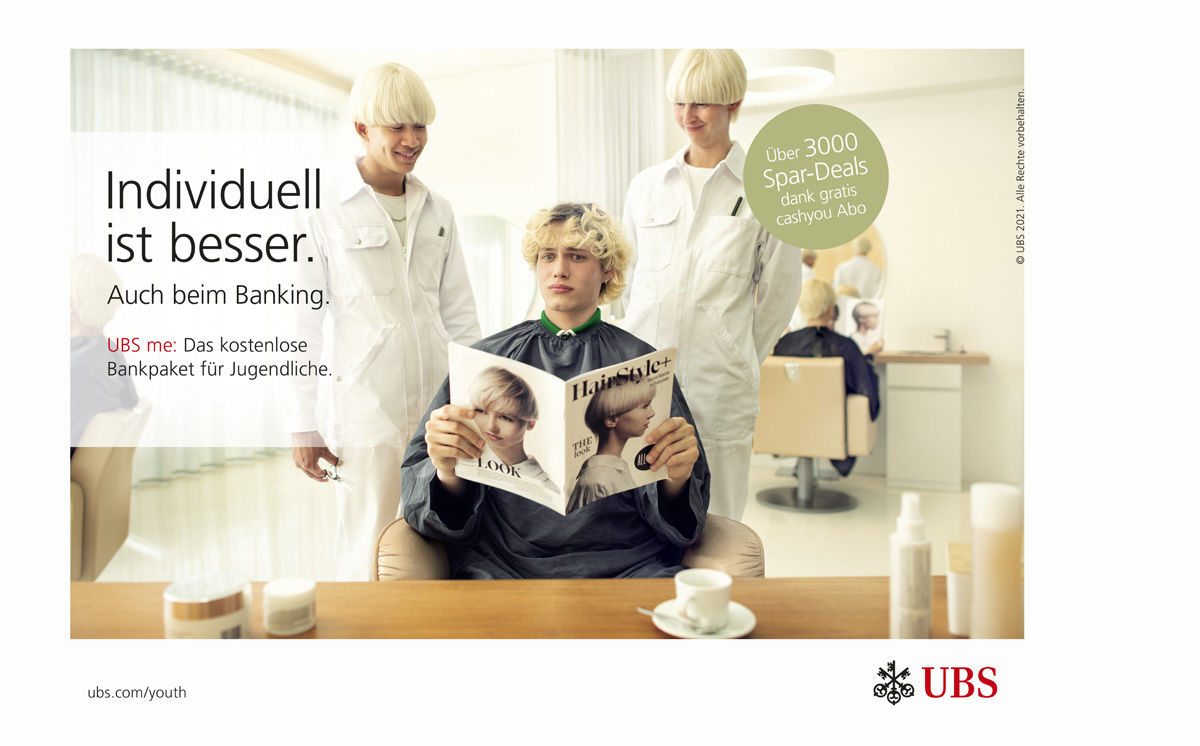 UBS is launching a new range of banking products with ‘UBS me’ – individually made-to-measure for all of your financial needs. The campaign conceived by Publicis Zurich presents a tongue-in-cheek dramatization of how the new banking package can benefit young people and students. The perfect candidate for this visualization : Arthur MEBIUS c/o SOLAR UND FOTOGRAFEN, who not only directed the spot but also shot the print motifs.