For the client AMAZON LOGISTICS, Marcus c/o ARTMOS4 had a double dose of action. The Berlin branch wanted extremely expressive graffiti on the topic of ‘Subway’ for its impressive distribution hall. Marcus and his fellow Berlin artists went to work, and the result are street art-style images. To go with it, a PR/documentary video was shot, which presents a thrilling account of the design steps and the location.

Things got even wilder at the Völklinger branch, whose mascot is a monkey. So they, of course, sprayed a gorilla with an authentic jungle feeling. In Völkingen, packages from European logistics centers are delivered, unloaded, sorted and finally delivered to customers in Saarland and Western Palatinate. Further surfaces to embellish are still in planning.

Amazon sends packages using its own parcel service, Amazon Logistics, whenever the other logistics partners are running at capacity. For this purpose, the online retailer cooperates with small and mid-sized transport companies in the individual regions. GoSee : logistics.amazon.de & graffitiauftrag.org
22.07.2021 show complete article

Be original ... - for Coca-Cola and the BALBOA restaurant, ARTMOS4 traveled through time to the 1970s Rocky Balboa boxing era

For Coca-Cola, ARTMOS4 got the chance to take a trip back to the 1970s Rocky Balboa boxing era. The famous movie hero was supposed to be depicted prominently in the indoor and outdoor facade area of the restaurant and Coca-Cola partner BALBOA.

The large-scale graffiti and commissioned work by ARTMOS4 are eye-catchers : not only for passers-by and guests, but also for the press! “Our projects and facade designs are regularly followed by journalists, reporters and photographers who then report about them in various media. For our clients, this has an additional, and above all, free PR effect.” GoSee : graffitiauftrag.org
21.07.2021 show complete article

Navigating the Future - Marcus c/o ARTMOS4 got the chance to deep-dive into a very spacy line of business for a project of the client DLR/ German Aerospace Center. At the control center in Oberpfaffenhofen, DLR controls and monitors the operation of Galileo – Europe’s global satellite navigation system. The brief was to brighten up the premises according to the topic.

Galileo is a global navigation satellite and timing system which is operated and funded by the European Union. Responsible for operation is the European Union Agency for the Space Programme (EUSPA), which has been headquartered since 2014 in the capital of the Czech Republic, Prague. 28 satellites of the system are in orbit, 22 of which are active (as of May, 2021). Galileo is free to use for everyone since 15 December, 2016, and can be received by all modern chipsets (e.g. In smartphones).

The EU writes : “Galileo is the European Union’s Global Satellite Navigation System (GNSS). Sometimes referred to as the European GPS, Galileo provides accurate positioning and timing information. Galileo is a programme under civilian control, and its data can be used for a broad range of applications. It is autonomous but also interoperable with existing satellite navigation systems. At the moment, the Galileo constellation consists of 26 satellites.”

Mainly responsible for operation since 2010 is Spaceopal GmbH in Munich, a joint venture by DLR GfR in Munich and Italian aerospace company Telespazio Spa with headquarters in Rome, which is a joint venture of Italian Leonardo S.p.A. and the French Thales Group. Spaceopal has Galileo control centers in Oberpfaffenhofen and at the space center in Fucino in the vicinity of Avezzano, Italy. GoSee  : ec.europa.eu/growth/sectors/space/galileo & graffitiauftrag.org
21.07.2021 show complete article 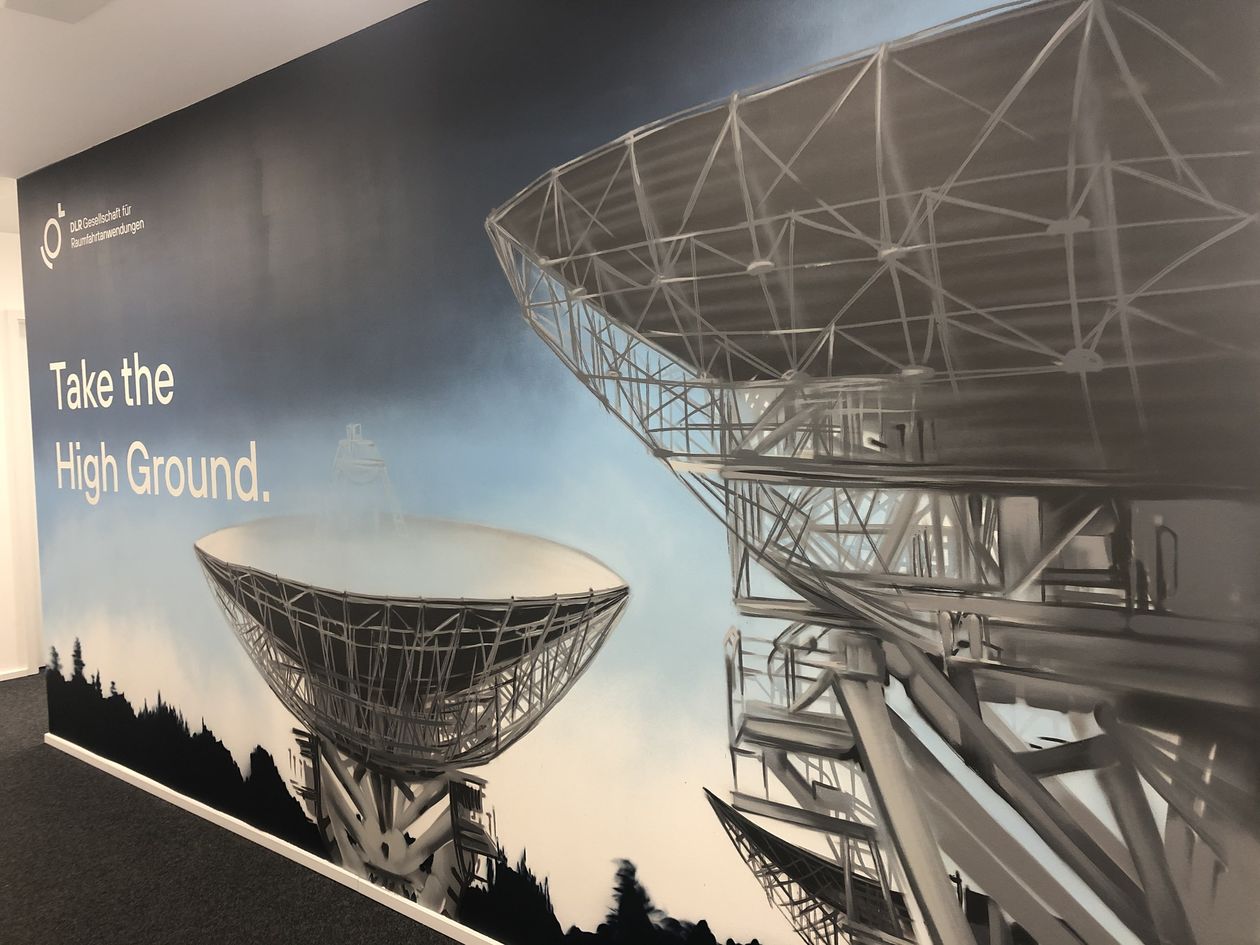