A new range of teas created by Tuuli Shipster and Sophie Ricard aims to target real-life issues. Tuuli and Sophie believe that healthy living shouldn’t get in the way of living your ‘real’ life.

“All parts of life should be celebrated, even the imperfect moments,” says Tuuli Shipster. “I felt that embracing real life, the fuck ups as well as the positives was a more balanced and attainable approach. I was inspired to start blending teas for family and friends for everything from heartbreak to hangovers, and the idea of Tuuli Tea was born.”

The equally catchy and morbid illustrations for the tea range came from illustrator Tommy Spencer with creative branding by Warren Beeby.

The aptly named ‘Get Shit Done’ is perfect to help start the New Year with a bang, while ‘Beauty Blues’ lifts your spirits on a dark winter’s day and boosts your inner glow. A model since the age of 16, Tuuli is a yoga teacher for Fierce Grace and a nutritional therapist. She is currently studying for her postgraduate degree in Herbal Medicine.

Meanwhile, Sophie, a BANT registered nutritionist, has over a decade of experience working in the charity sector. As a yoga teacher, Tuuli would often be asked for nutritional advice. She decided to study nutrition to gain a better understanding of the field, and in her first class, she met her business partner, Sophie Ricard.

“When I was studying nutrition, I realized there was a gap in the market for a set of herbal teas that were more honest and celebrated real life,” says Tuuli. It was important for the duo that their blends contain targeted herbs, so Tuuli went on to study herbal medicine. “One of our goals was to develop herbal teas that are interesting and appealing to people who would never naturally consider herbal infusions. We took time brewing and blending different herbs to come up with our ten brilliant blends that taste fantastic,” we quote Sophie. “We then worked with creative guru Warren Beeby to develop our brand to bring our ethos to life. We have developed ten blends that use the ancient wisdom of herbs to support the ups and downs of modern life.”

Creative Branding Director Warren Beeby, who helped craft the brand identity, commented: “This was such a fun project. I only needed to hear the names of the Tuuli Tea blends (‘Get Shit Done’, ‘Fucking Full’ or ‘I Hate the World’) to realize this was an herbal tea brand with a different point of view. The identity was inspired by Tuuli’s skeleton obsession, vintage club badges and tattoo flash sheets. We focussed on bringing the blends to life by creating a different skeleton character for each with illustrator Tommy Spencer. Each skeleton brings a dark humor to the ups and downs of everyday life.”

From turmeric and chili to passionflower and rosebuds, the duo have worked with and infused various elements and herbs into their blends. All ingredients are ethically sourced.

The ten blends are: I Hate the World, Morning After (the night before), The Slump, Get Shit Done, Pass Out, Heartbreak, Fucking Full, Beauty Blues, The Full English, and Earl Green. Each tin contains 25 biodegradable pyramid tea bags sealed in a Natureflex bag. 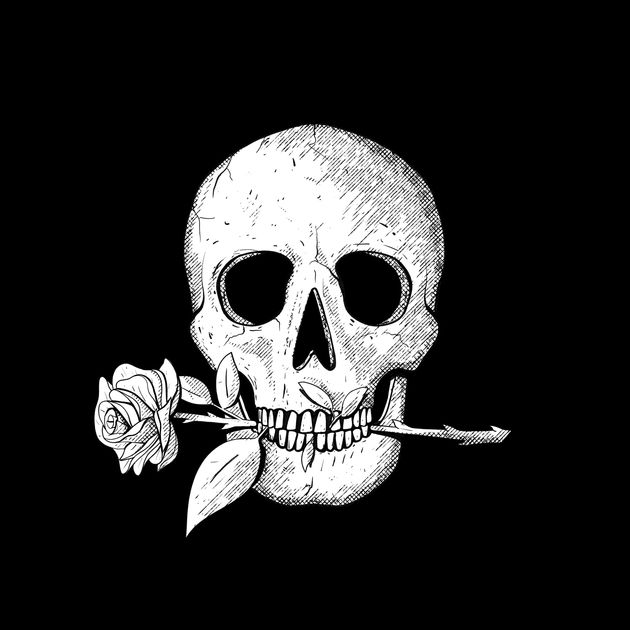 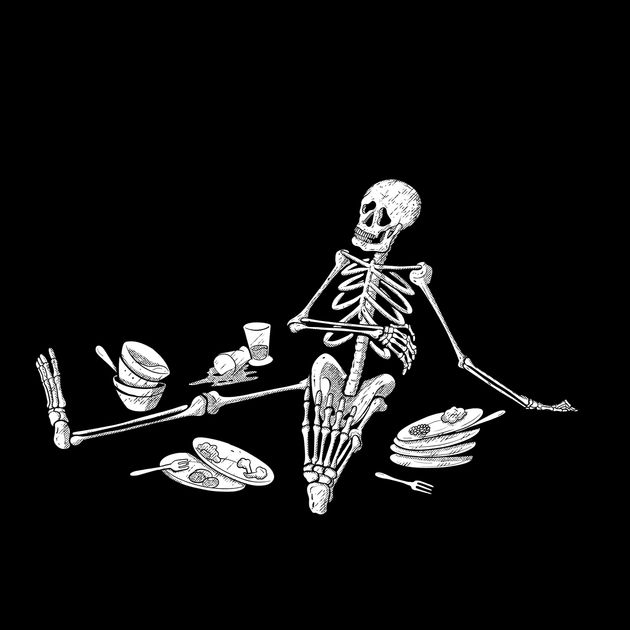 “Fearless, rule-breaking, and non-stop creative, Jordan Rossi is the brightest emerging photographic talent.” Rankin Group. “Specializing in music, beauty, and fashion, he splashes his work with the color and conversation of the LGBTQ+ community. At every opportunity, he utilizes his platform to spotlight key issues and topics of the Queer community.”

Having photographed people the likes of Munroe Bergdorf, legendary activist Peter Tatchell and Lady Phyll, the founder of British Black Pride, activist Jordan Rossi is not about to stop referencing LGBTQ+ talent in his work anytime soon or presenting it to the public perfectly illuminated – and if need be rubbing it in their face.

Munroe Bergdorf is a English model and activist with Jamaican-British roots. She has already walked for brands such as Gypsy Sport at the London and NYC Fashion Weeks, and was also the first transgender model in the UK to be booked by L’Oréal. However, her luck didn’t last long; she was dropped after a racial row within only a few weeks. Now, of course, all water under the bridge…

On Wikipedia, we read : “In November 2021, Bergdorf was recognized with the GAY TIMES Honour for British Community Trailblazer at the fifth annual GAY TIMES Honours celebration in London. She was presented the award by Ellie Goulding and also featured as one of the cover stars for the Honours’ edition of GAY TIMES Magazine. Having been named ‘Changemaker of the Year’ in 2018 by Cosmopolitan UK, she became the first transgender person to feature on the front cover of the magazine for its 50th anniversary issue, published on 21 January, 2022.”

Back to Jordan : the avowed homosexual created his very own niche in the British pop music scene over the years by collaborating often and eagerly with artists including Little Mix, Years & Years, Raye, Griff, Becky Hill and MNEK.


About – Jordan Rossi is a writer, filmmaker and photographer. Having read English Literature at university, he joined Rankin Film Productions (RFP) in 2012 and began working for prolific British fashion photographer and publisher Rankin.

Jordan has since worked on productions for commercials, music videos and short films with a variety of award-winning directors for clients such as Panasonic, Sky Arts, O2 and Beats by Dre. Assisting David Allain, Creative Director of RFP, Jordan has worked across various projects including a four-part Sky Arts TV series that aired in the summer of 2014, several Random Acts for Channel 4 and the nationwide short film scheme Collabor8te.

Jordan also writes for Rankin’s bi-annual magazine Hunger, a publication for the visually and culturally hungry, taking care of the majority of film content and covering key events like the BFI London and Cannes Film Festivals. Jordan has interviewed several of the brightest young stars, as well as industry heavyweights from Oscar winner Kevin Spacey to rappers Wiz Khalifa and Big Sean. Jordan continues to write, direct and produce his own projects while working at Rankin Film Productions and Hunger. 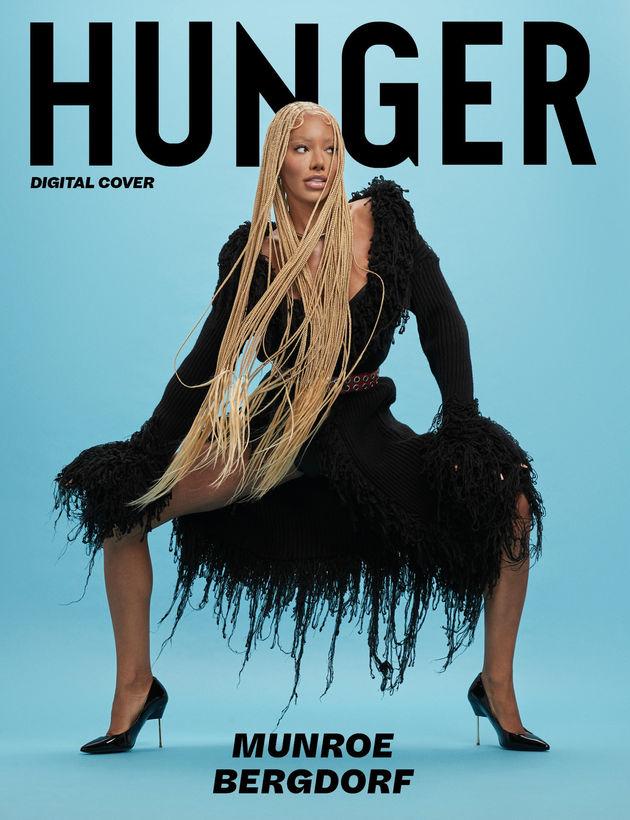 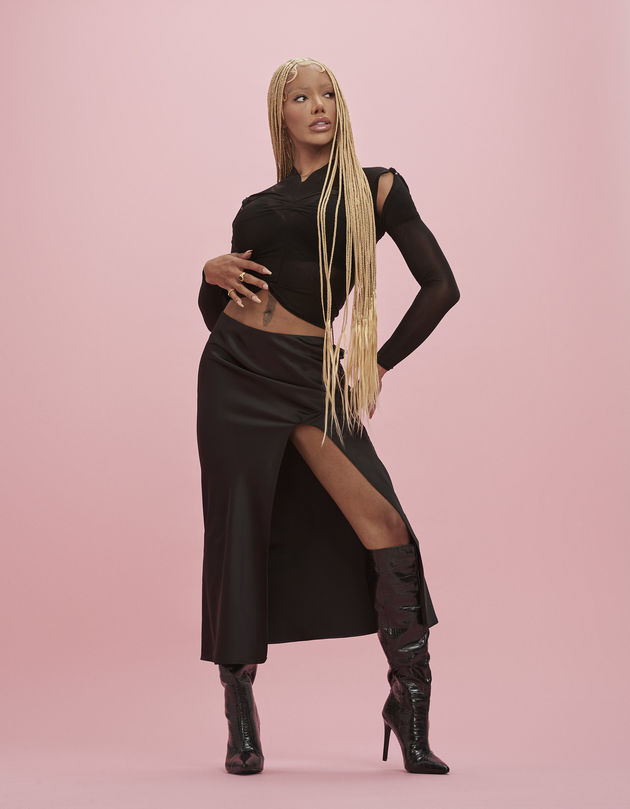 featured by GoSee EVENT : VISUAL NOISE at MARYLAND STUDIO : Go&See the NEXT GENERATION of PHOTOGRAPHY VOICES exhibit with RANKIN

Rankin gives ‘free reign’ to 40 graduate photographers whose final shows were disrupted by Covid-19. These next generation photographers will showcase their work at VISUAL NOISE – the first art fair dedicated solely to the nation’s emerging photography talent.

Public Offerings Ltd. – a photography agency whose mission is to showcase new talent from perspectives often unseen, with a focus on emerging talent, women and LGBTQIA+ artists – sent out an open call to the UK’s 2020-22 graduating photography class whose final degree shows were cancelled or disrupted due to the pandemic.

The brief was to ‘be creative’ within a 6ft x 6ft space at MARYLAND STUDIO and to ‘show the public work they will not have seen before.’ The response from the UK’s 2020-2022 graduating class of photographers (both BA and MA) was overwhelming.

Ellen Stone, CEO of Public Offerings Ltd., commented : “VISUAL NOISE is a unique opportunity to see some of the most exciting and innovative photography work being produced today – before anyone else gets to see it. The work by these artists speaks to the world we’re living in right now; 2022 through a unique lens exploring the issues that affect us today. Graduate degree shows are more than just a rite of passage, they’re a vital springboard for creative talent to get noticed and begin forging their path in the industry. The reason we’re such strong advocates for diverse voices to be heard, and for giving them the chance to compete early on in their careers, is because if we support diverse artists now, we can shape what representation will look like across the art market of the future.”

The work of the 40 artists chosen is inspired by a diverse range of subjects – from personal experience, dysphoric approaches to contemporary culture, art history, and an unabashed love for art and fashion – and presented across mixed media from collage to textiles, editorial, and film.

Celebrity photographer Rankin will also be marking the occasion by taking over the upper floor of MARYLAND STUDIO to launch his first physical SWAG store, an experiential activation of his online shop rankinswag.com that launched in 2021. With publications and prints from across his career, SWAG will be offering one-of-a-kind archival imagery going back over the last 30 years. Showcasing his work at VISUAL NOISE, Rankin is breaking down the barriers between established and emerging arts – highlighting the value new voices have to contemporary culture.

Rankin commented : “Like everyone in this industry, I had to get my start somewhere. I was lucky enough to find a community of artists, stylists, writers and musicians all launching themselves into the world at the same time as me. By bringing artists together from different universities and backgrounds, I hope we can help build a new community of artists who will grow together over the coming decades.” 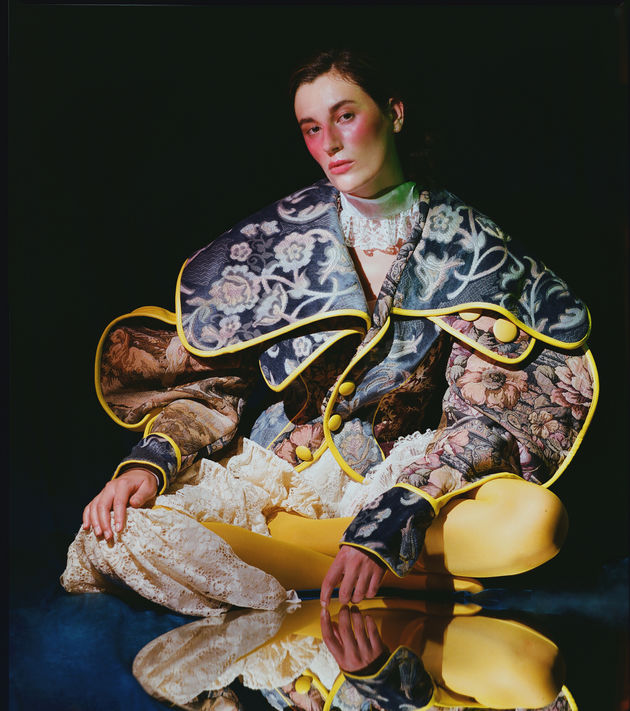 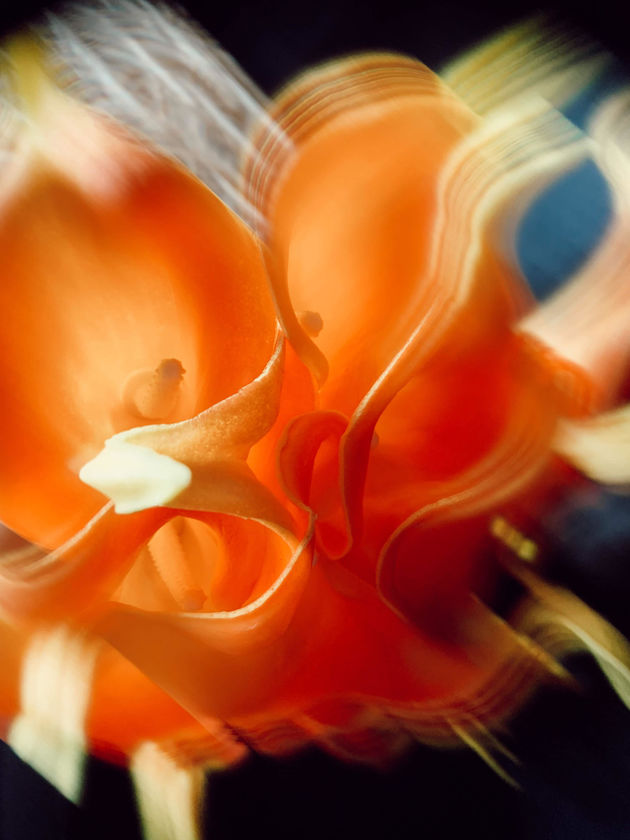