The new cover shoot with model, actress and influencer Elena Carrière was photographed by fashion photographer CARINA JAHN in the Presidential Suite in renowned Hotel Adlon Berlin. The magazine TREND PRIVÉ stands for sustainable fashion & lifestyle, and Elena presents new sustainable and vegan fashion in the editorial along with a bit of Q&A. Elena uses her Instagram reach (more than 500,000 followers) to raise awareness of important topics such sustainability but also to support selected foundations in their efforts.

Elena Sophie Catharina Carrière was born in Hamburg as the daughter of actor Mathieu Carrière and costume designer Bettina Proske. She spent the first five years of her life there, after which she moved to Venice with her mother. In 2015, she returned to Hamburg and went on to participate in the 11th season of German casting show ‘Germany’s Next Topmodel’ in 2016, impressively taking second place behind Kim Hnizdo.
07.05.2021 show complete article 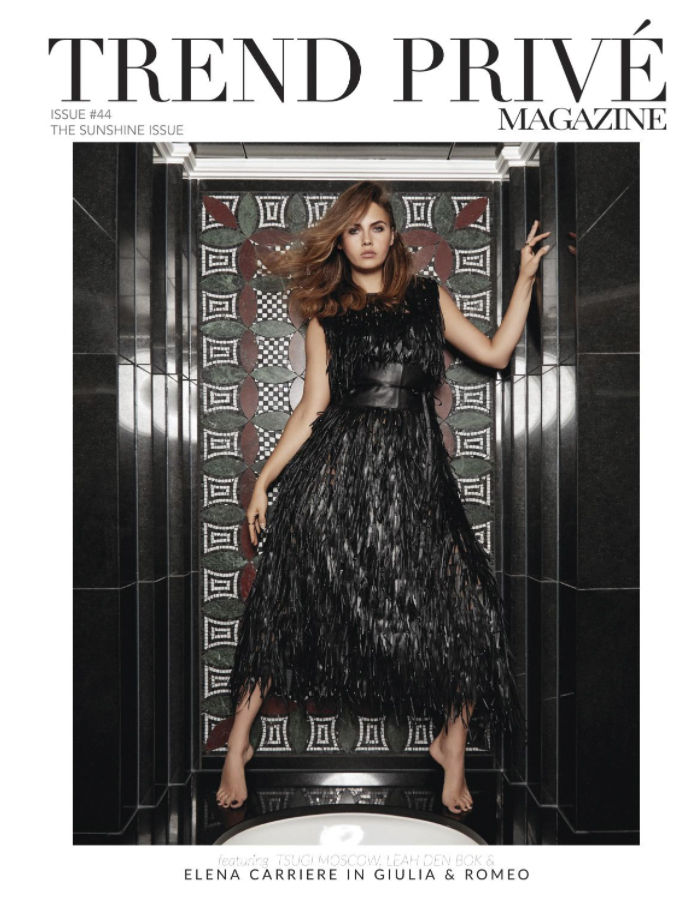 CARINA JAHN had beautiful Nazan Eckes in front of her lens for a beauty editorial in #BLOGGINGTALES magazine. Nazan Eckes is the daughter of Turkish immigrants from Eskişehir and took on German citizenship at the age of eighteen. From 2000 to 2007, she was married to advertising entrepreneur Claus Eckes from Leverkusen. On 30 June, 2012, she married Austrian painter Julian Khol, the son of Austrian ÖVP politician Andreas Khol. They are meanwhile the parents of two sons.

Since 2019, Nazan Eckes has been the host of the show ‘Extra – das Magazin’, broadcast on German TV channel RTL. At the beginning of the year, beautiful Nazan took time off to care for her father who was suffering from Alzheimer and has just returned to the screen. Although, without her signature wavy mane, presented here in a spread for eternity!

#Blogging Tales is published six times a year, and we expect the next issue in May. But until then, feel free to stop by the new website of the mag which will keep you informed with weekly articles, shoots and updates. Photos: Carina Jahn, styling and editor: Grace Maier, make-up & hair: Frauke Bergemann-Gorski. GoSee : nazan-eckes.de & bloggingtales.com
13.04.2021 show complete article 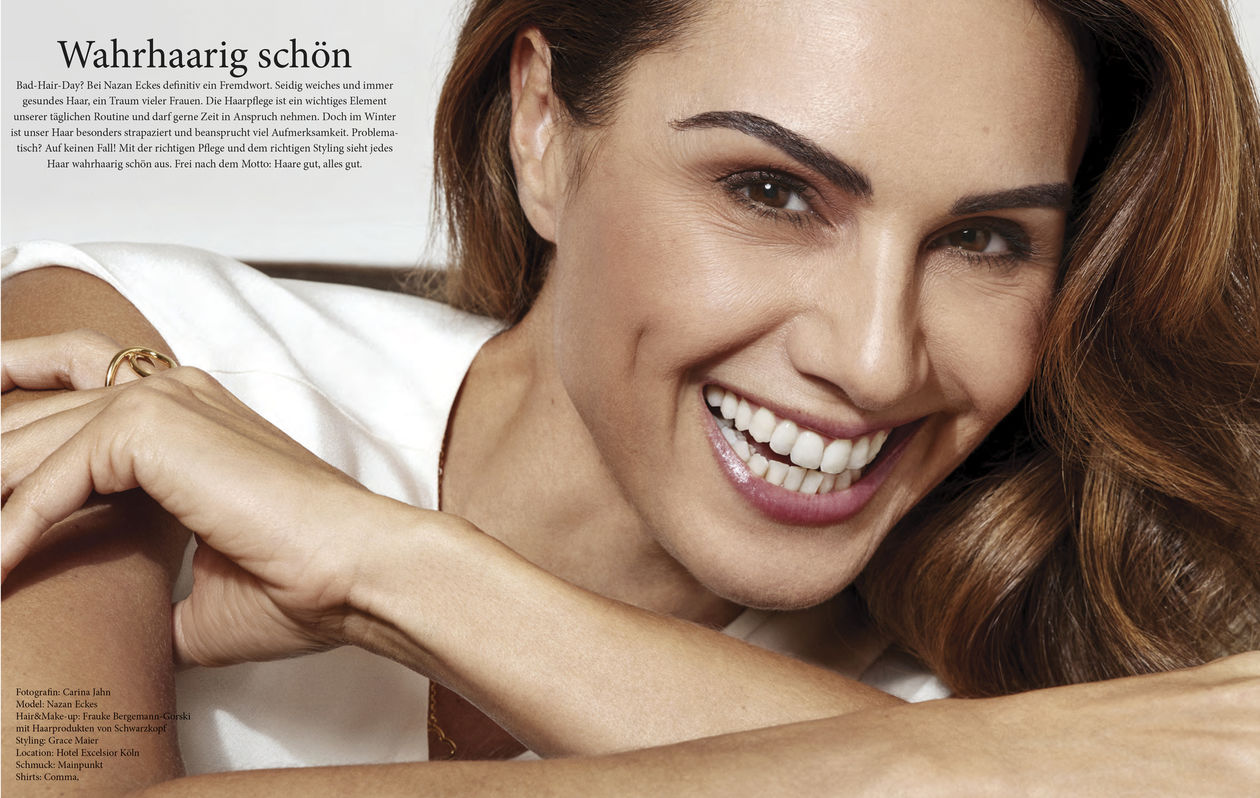 Julie Ordon, born in Geneva on 27 June, 1984, is a Swiss model and actress. Over the course of her career, she has already modeled for big names such as Guess, Bebe, Ralph Lauren, L’Oréal, as well as for the Victoria’s Secret catalogue. Her face became even more famous when she was booked for the Chanel Rouge Allure lipstick TV commercial in which she portrayed young Brigitte Bardot.

She appeared both on the magazine cover of ELLE and in the French edition of Playboy. In October 2009, she was the pregnant beauty adorning the cover of the 30th Anniversary issue of Deutsch Vogue, and in 2010, she was among the debutants in the Sports Illustrated Swimsuit issue. 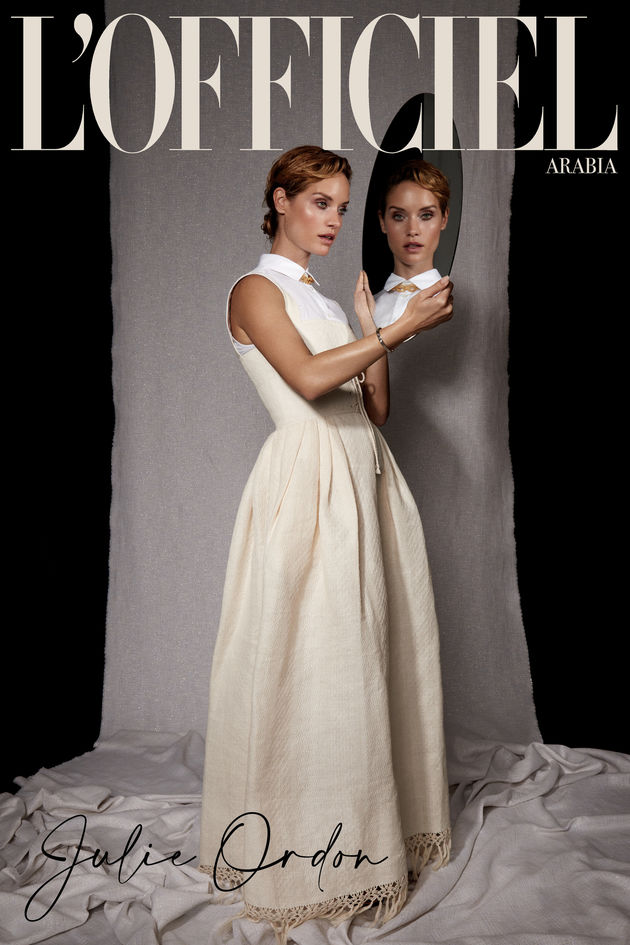 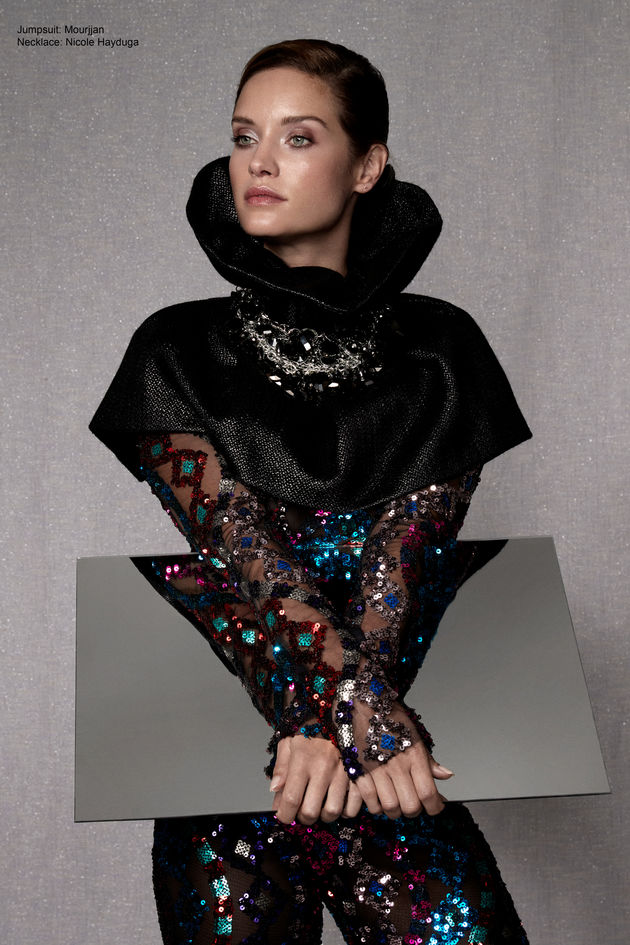