The new Citroën Oli [all-ë] is committed to making electro-mobility more affordable, sustainable and fun for families in the future. The campaign was realized by GoSee Member CONTINENTAL PRODUCTIONS : “We created an inspiring campaign, a natural approach and a feeling of everyday life by featuring everyday people. A diverse family that uses their vehicle for a variety of purposes. The film shoot took place in studios in Bulgaria under complete confidentiality for the occasion. The team, French and Bulgarian, consisted of around 70 people.

Citroën Oli [all-ë] is on a mission to inspire the future of affordable, sustainable and joyful family mobility. Much more than a car, this concept car is a versatile companion and a good dose of fun in your daily life, just as useful when you’re driving as it is when you’re not.

Damien Vignaux has been navigating the world of fashion and graphic design since 2005. He started out as an illustrator and motion designer, but soon made his way into fashion photography and filmmaking when he moved to Berlin. His multi-disciplinary experiences with many different clients always ensure singular works.”
13.10.2022 show complete article

Following its witty market launch in the metaverse across the pond, Heineken Silver is making its real-world appearance in around fifteen European markets. After Heineken 0.0, this is the second version of Heineken Original, a reference upon which the global giant has been building its brand since 1873. To mark the occasion, Heineken promises us the most significant market launch of the year throughout the beer universe.

The new lager beer by the beer industry’s big player is brewed using an ice-cold lagering process to create a beer that tastes considerably less bitter than the brand’s main lager beer. The market launch is specifically aimed at sparking the interest of Generation Z and millennials. 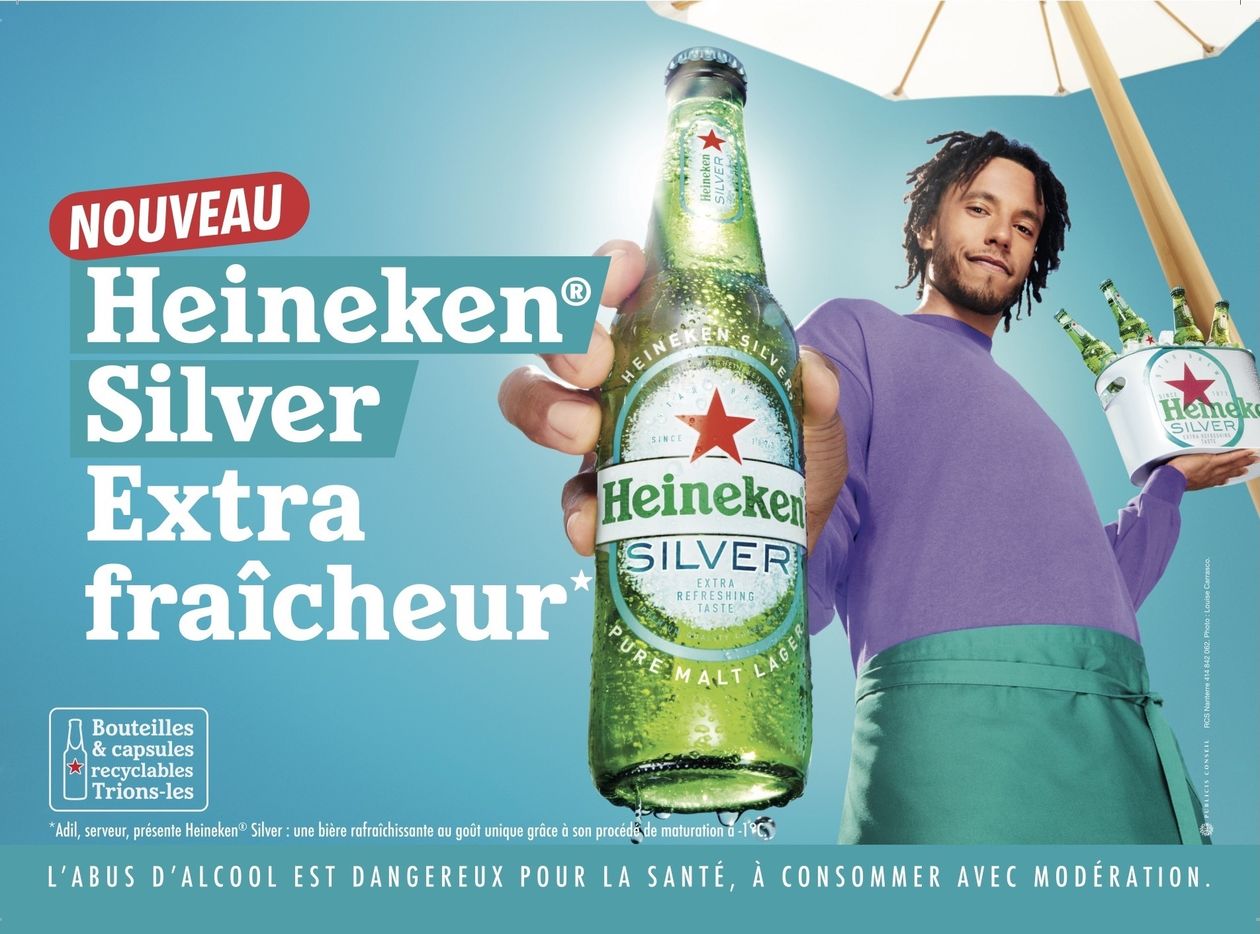 PEUGEOT has now presented the prototype of the Hypercar 9X8. And CONTINENTAL PRODUCTIONS presents you the futuristic model here on GoSee, staged in legendary shots by transportation photographer Agnieszka DOROSZEWICZ c/o CONTIART. This fascinating racing car of the newest generation will compete for the first time at the FIA World Endurance Championship (FIA WEC) 2022. It features all the hallmarks of PEUGEOT’s Neo-Performance strategy. The clearly defined goal : The development of series and racing cars that deliver sustainable performance. The 9X8 is the result of the cooperation between the engineers from PEUGEOT Sport and the PEUGEOT Design team.

“Much more than a racing car, the 9X8 is already an iconic object, an esthetic and technical revolution, an ultimate design adventure. Matthias HOSSANN, PEUGEOT Design Director, placed the PEUGEOT 9X8 Hybrid Hypercar amid brutalist architecture before it hits the endurance racetracks in 2022. This was the perfect opportunity for fashion and supercar photographer, Agnieszka DOROSZEWICZ, to play with light, as well as all the contrasts and textures of concrete. The photos are like a metaphor for the 24 hours of Le Mans, a mythical race during which the light changes over time.” we quote PEUGEOT.

Photographer Agnieszka Doroszewicz on the shoot with the unique PEUGEOT 9X8 : “We really wanted to spread our session over a long day and extend it late into the night. I was thus able to create in my photos an evocation of the 24 Hours of Le Mans. Daylight, artificial lights, the violent illuminations of headlights are combined with the powerful pattern of the car’s luminous claws. Obviously, we are not at all in Le Mans, but it is the whole atmosphere of Le Mans that we find there!”

Home away from home in Hamburg, Agnieszka graduated from the University of Applied Sciences in Photographic Design and has been working as a self-employed photographer since 2007. The photographer, who is more than comfortable in the world of post production, tells us about her favorite racing circuit : “I have often been invited to work at Le Mans and other 24-hour races, at Nürburgring (Germany) or at Spa (Belgium). But Le Mans is the most historic and my absolute favorite. We can feel in each of our pores the atmosphere, the excitement, the tension and, of course, the history of this race. Impossible to escape it, Le Mans is one of the purest and most ultimate forms of motor racing.”

Agnieszka continues : “Each shoot generates anecdotes. During this one, with the PEUGEOT 9X8, it was horribly cold ! But nothing dampened the passion of Matthias and his team to participate in the entire session, and their presence was very motivating because we took the opportunity to have a real exchange. In addition, the shoot location was truly fantastic : The contrast between the very pure aesthetics of the 9X8 and the brutalist architecture was impressive, and the raw patina of the concrete texture evoked the world of racetracks perfectly.”

French carmaker Peugeot began the series production of automobiles as early as 1891 and is therefore considered the oldest still existing car brand. 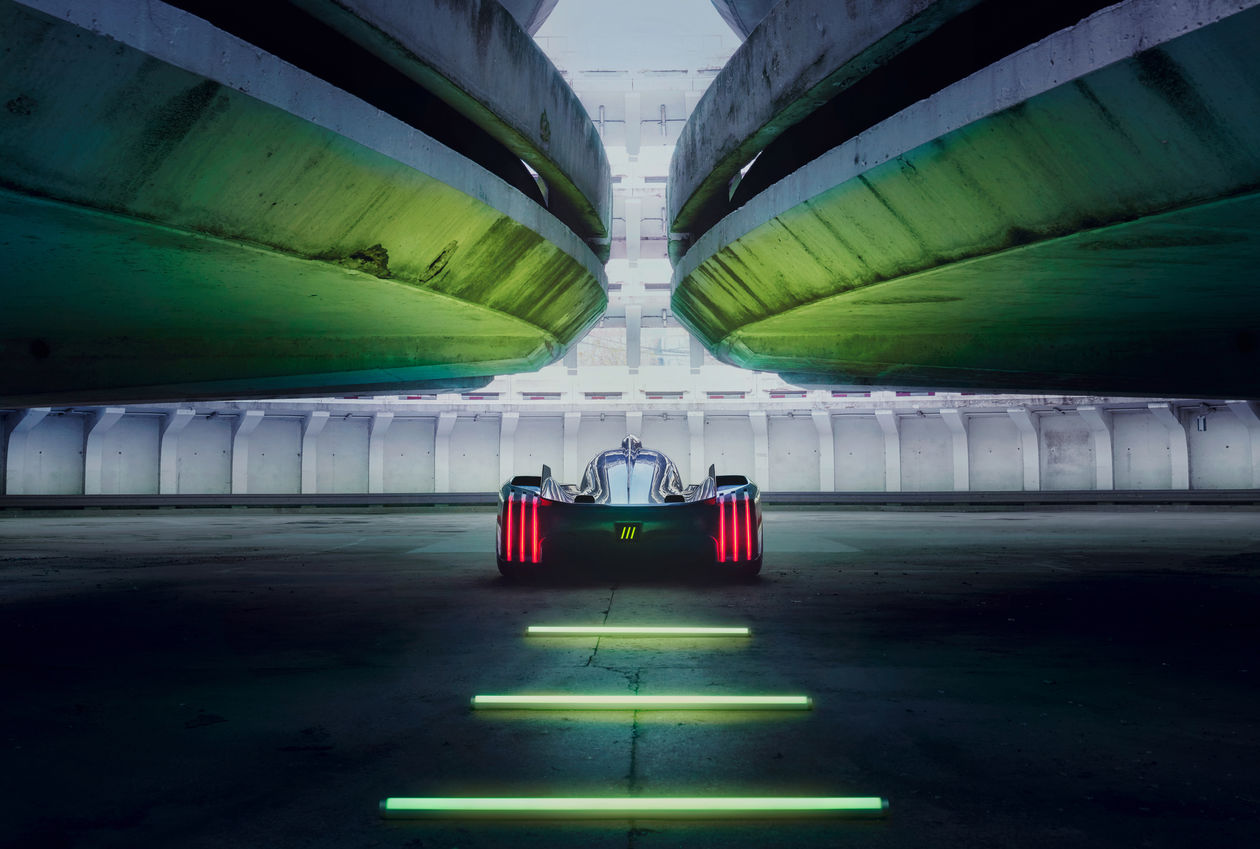