DAVID BREUN : A wild ride through the Munich night with the BMW M4 / M8 Competition for the cover spread in the new RAMP MAG #57 – ‘Are You Crazy?’

DAVID BREUN photographed two BMW M models – the BMW M4 and BMW M8 Competition for RAMP magazine in Munich. Also part of it were Editor-in-Chief Michael Köckritz and Wladimir Kaminer. The topic of the new ramp #57 – Geht’s noch? Which is German for everything from an expression of annoyance like ‘Are you crazy?’ to a caring question such as ‘Can you keep going?’. We present you the dynamic visuals here on GoSee.

Wladimir Kaminer, German author and columnist of Soviet heritage, whose collections of short stories in ‘Military Music’ and ‘Russian Disco’ have made him famous even beyond the borders of Germany, published the essay ‘Herr Kaminer drives an M and thinks about things’ about taking a ride through the night for the magazine : “I met ramp Editor-in-Chief Michael in Munich. Waiting for us were a couple of beautiful cars. BMW M GmbH was celebrating its 50th anniversary and gave us two of the company’s gems for the super-super-super test, an M4 and an M8. Back then, 50 years ago, the engineers from BMW thought about how they could obtain an MOT approval for a race car. Which is, I guess, how the new brand M was created…” 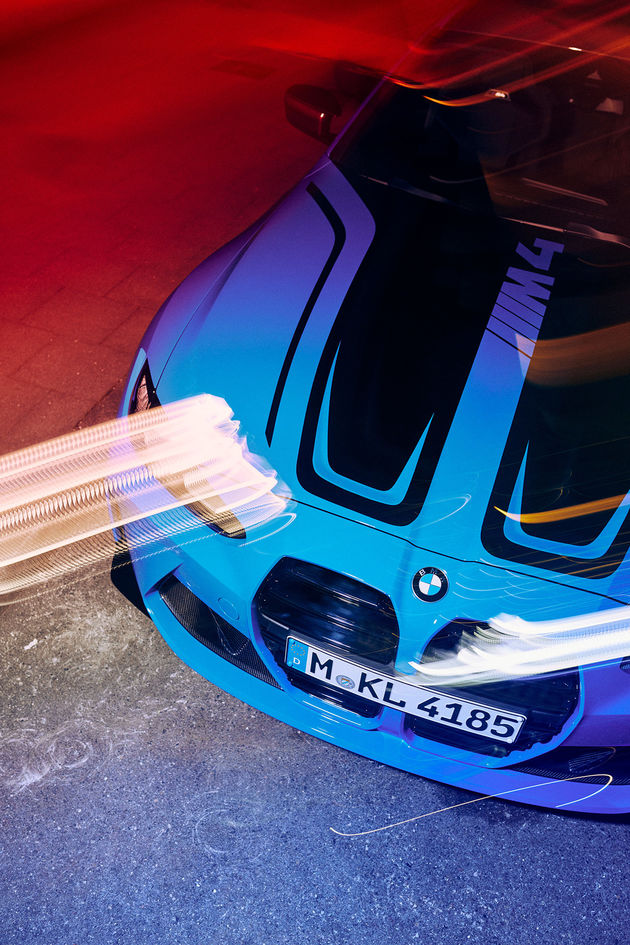 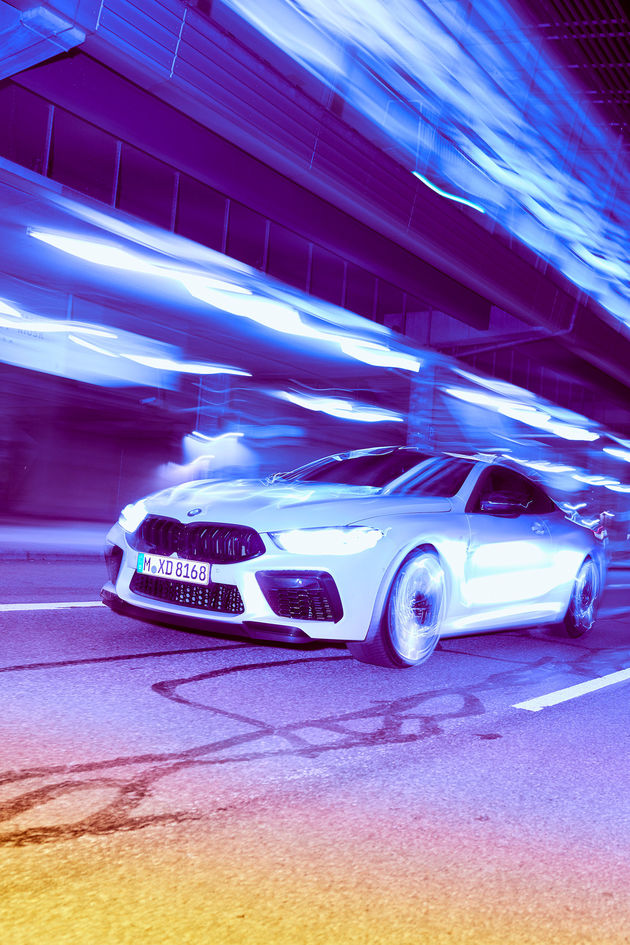 DAVID BREUN photographs social media motifs for BMWi and the Looping Group London – in a modern mix of portrait, architecture and automotive

David BREUN realized a shoot for BMW and its social media channels. The agency was the Looping Group London which, alongside offices in Berlin, Hamburg and Munich, has expanded to the British capital. Presented here are the models BMWi M4 in blue and the IX in white. See the complete spread as always on his website.
07.02.2022 show complete article 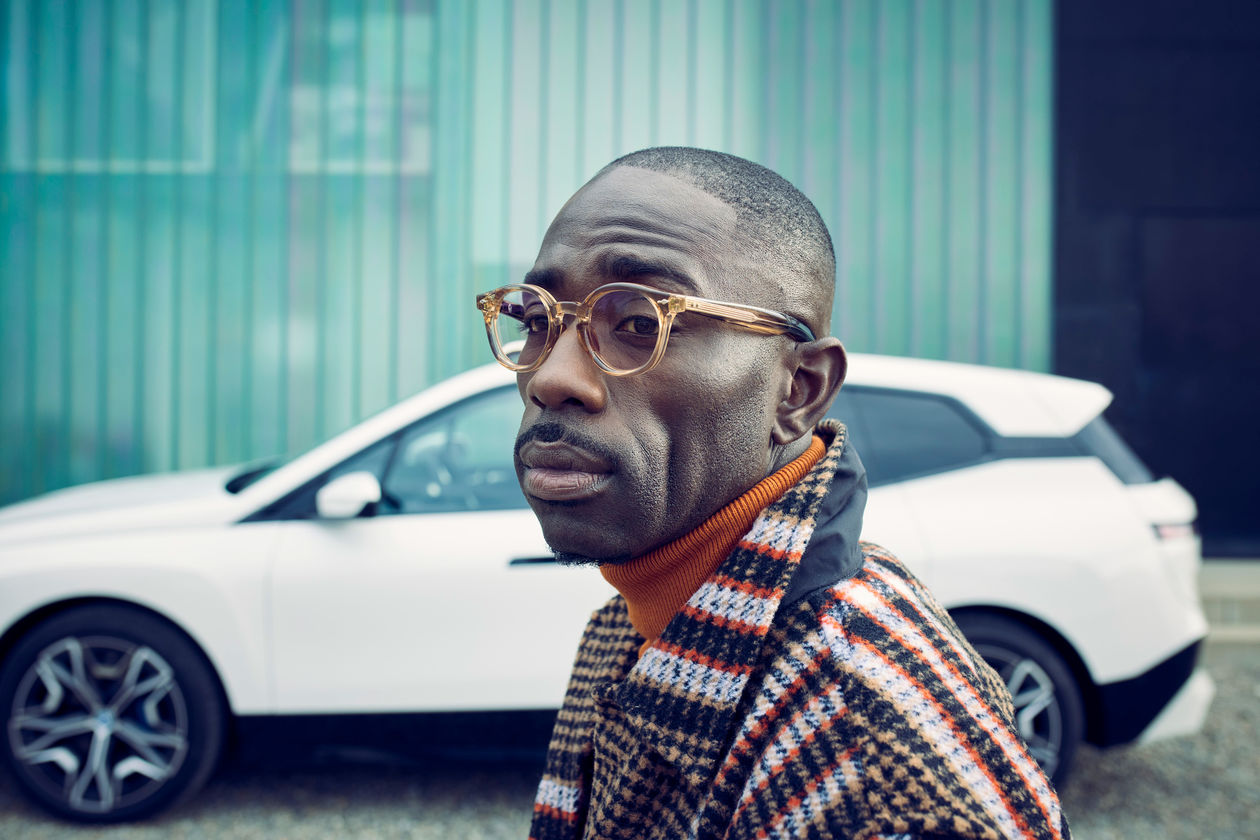 ‘TERRA’ – David Breun & Michele Caliari present the structure and colors of impressing landscapes in a photo exhibition at the Treptow Ateliers Berlin and invited to the vernissage on 26 November, 2021

DAVID BREUN usually brings us transportation photography and is now presenting landscape photos. “I am part of an exhibition in Berlin at the really amazing location Rathenau Halls in the Treptow Ateliers (Wilhelminenhofstrasse 83–85, 12459 Berlin).” The photographer not only depicts the beauty of landscapes in high-res, large-scale photographs, he also shows structures, colors and intricate idiosyncrasies. “One can almost feel the elements and minerals which have shaped the Earth. The often rough and barren landscape shows a subtle interplay of colors which is why these seemingly inhumane natural settings always have a fascinating beauty inherent to them.” He also presented a video installation of the new project entitled ‘Elements’ in the exhibition ‘TERRA’.

Michele Caliari about his works : “In my photography, I draw inspiration from the scientific photography of the nineteenth century. During this period, the mountain was depicted with a directness which shows its beauty but also its raw brutality. We perceive the “beautiful mountains” at the same time with awe and fear. But, however personal the image of mountains may be for us – what ultimately remains is the absolute distance of nature.”

In the Treptow Ateliers, 25 artists, filmmakers, designers, photographers and curators of various ages from more than fifteen European and non-European countries work around the clock. Over the past ten years, a heterogeneous, constantly renewing community has emerged there, which promotes and supports one another precisely because of this strong diversity. This creative and cultural exchange, as well as networking with artists from other studio houses and cities, are an important part of the daily work of Berlin’s creative industry.

The vernissage took place at 7.00pm on 26 November, 2021. Admission was possible for the vaccinated and recovered (2G rule). Afterwards two days from 27 – 28 November, 4.00pm to 8.00pm. The two photographers attended throughout all dates.