The bad news first : “The Heinz Packet Roller is sold out for now.” The good news is though : The campaign was a great success. We are talking about the ingenious key chain that can extract every last drop of ketchup out of its condiment packets. The campaign motifs were photographed by Dirk Weyer.

The first and quite innovative ‘Packet Roller’ in the handy size of a key chain came straight out of the HEINZ R&D labs. The nifty gadget looks like a miniature version of the iconic Heinz glass bottle. A slot near the cap includes a blade that will slide a corner off your packet, while a larger slot in the middle lets you slide your packet in. You then rotate a wheel to pull in the packet, and the device squeezes out the ketchup using a set of rollers.

Hamburg-based stills specialist Dirk Weyer had the honor of working with the team from Marmalade (Hamburg) and Wieden+Kennedy (New York) to realize the stills of the campaign.

The H. J. Heinz Company was an American producer of brand name foods. On 2 July, 2015, the company merged with the Kraft Foods Group to form The Kraft Heinz Company. Kraft Heinz is the fifth largest food producer in the world according to the company. It produces and sells a total of more than 200 brands.

“In long years of research, we have observed more than 400 kinds of naturally grey hair and found out how to bring it to LIFE – MORE THAN GREY, we saw a beautiful and COMPLEX UNIVERSE FULL OF LIGHT, SHADOW, subtle dimensions and textures,” says WELLA.

WELLA TRUE GREY contains the worldwide first in-salon treatment for revitalizing naturally grey hair, which is free of perfume and alkalizers such as ammonia and ethanolamine. It is combined with neutral pH7 oxidative grey pigments. There are seven toners to choose from with three different intensities from light, medium to dark which enhance dimensions and shadows. Toners which not only revitalize naturally grey hair but also accentuate eye and skin color.

Dirk WEYER creates still life and moving images for international brands. Through years of working with high-end clients such as Montblanc, Miele and Rimowa, Dirk has evolved into one of the most renowned specialists for aesthetically sophisticated product photography and film.
15.10.2021 show complete article 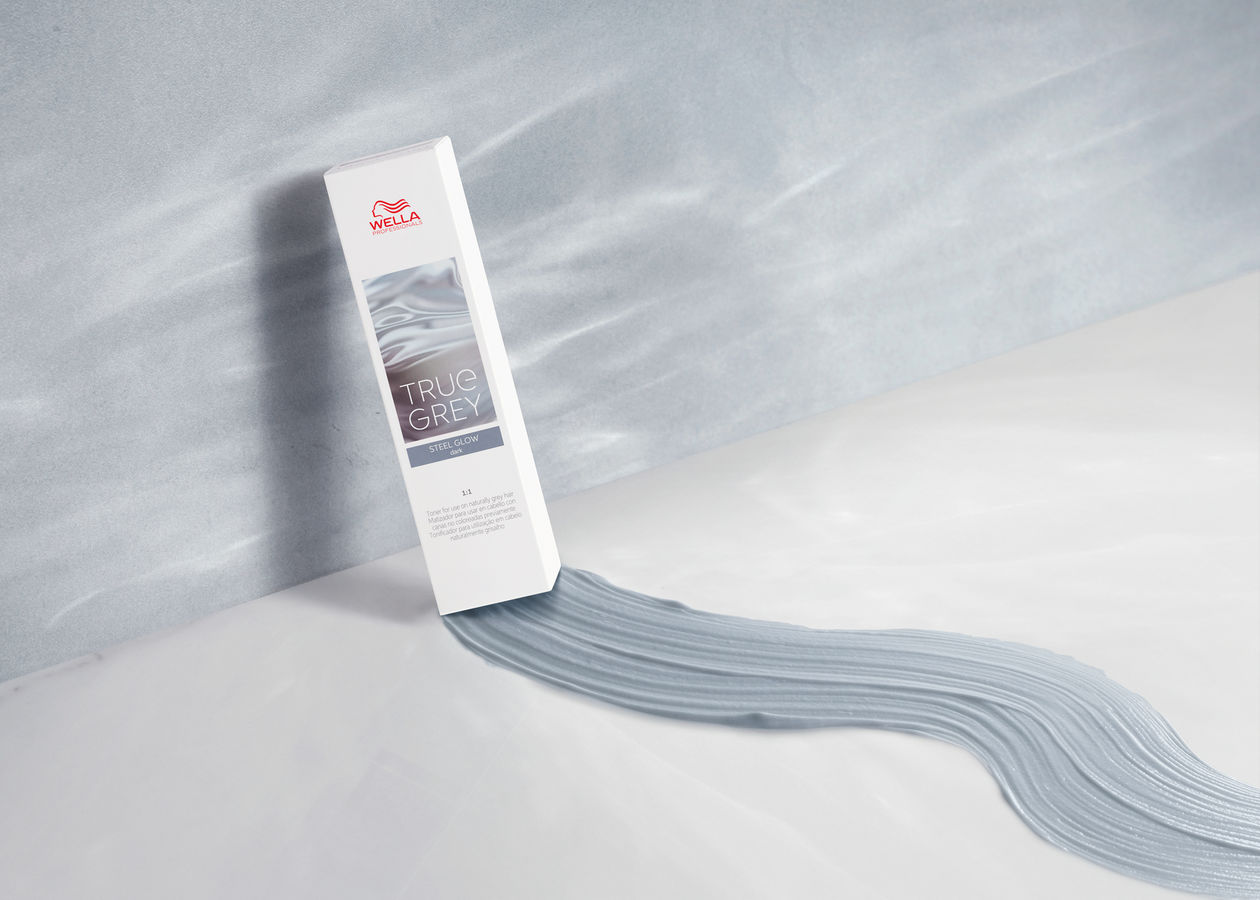 The ADC Festival 2021 is celebrating the ‘Superpower Creativity’ from 4 to 7 May – because creativity always finds a way, according to the claim of the organizer. The best-case scenario is a festival taking place at the Kampnagel theater in Hamburg with physical attendance. Still in planning is a hybrid format. Ultimately, ADC promises to organize a creative festival with the biggest (digital) line-up in the DACH region. DIRK WEYER photographed the campaign on commission for the agency Überground. The subject of choice was gelatin dessert in the form of a cake, held in place with a coveted ADC Gold Nail. The wobbly culinary delight is just one way to escape the pandemic. Retouch & post both came from POP Postproduction.

The ADC online gala at which the best works are honored in the area of creative communication can be seen on YouTube live and free of charge on Friday, 7 May, starting at 5pm. Further details are available via ADC.
08.03.2021 show complete article