Mann + Hummel, worldwide leading manufacturer of filtration solutions, commissioned STUDIO EBERHARD SAUER to come up with a concept for the 80th anniversary of the company. As a global leader and expert in the field of filtration, MANN+HUMMEL develops innovative solutions for the health and mobility of people.

“For us, it was a meaningful token of their appreciation because we have already proven to be a valuable asset as a creative partner to this innovative global player for many years.” The concept for the shoot was created in close cooperation with Regine Landauer c/o landauer designmanagement.

Each decade was supposed to receive its own space, its very own story. The charm of this striking concept arose from the different protagonists: full-frame vehicle shots from eight decades were combined with macro shots of the filter material from each different period. With the eye of the photographer, relations were re-evaluated, and the filter materials advanced to become architecture.

The process of bookbinding following production was just as ambitious. With a playful aha effect, the folding pages underscore a filter-like look & feel in an abstract manner.

From a small filter factory to a filtration specialist recognized worldwide – and it all began with fabric air filters made in Ludwigsburg. MANN+HUMMEL can look back on an eventful, long and successful company history. Today, after more than eight decades, it is the global market leader for filtration with locations on all continents. And the company headquarters is still in Ludwigsburg near Stuttgart – to which the company has clearly made a commitment by opening its technology center in 2016. GoSee : mann-hummel.com
15.02.2021 show complete article 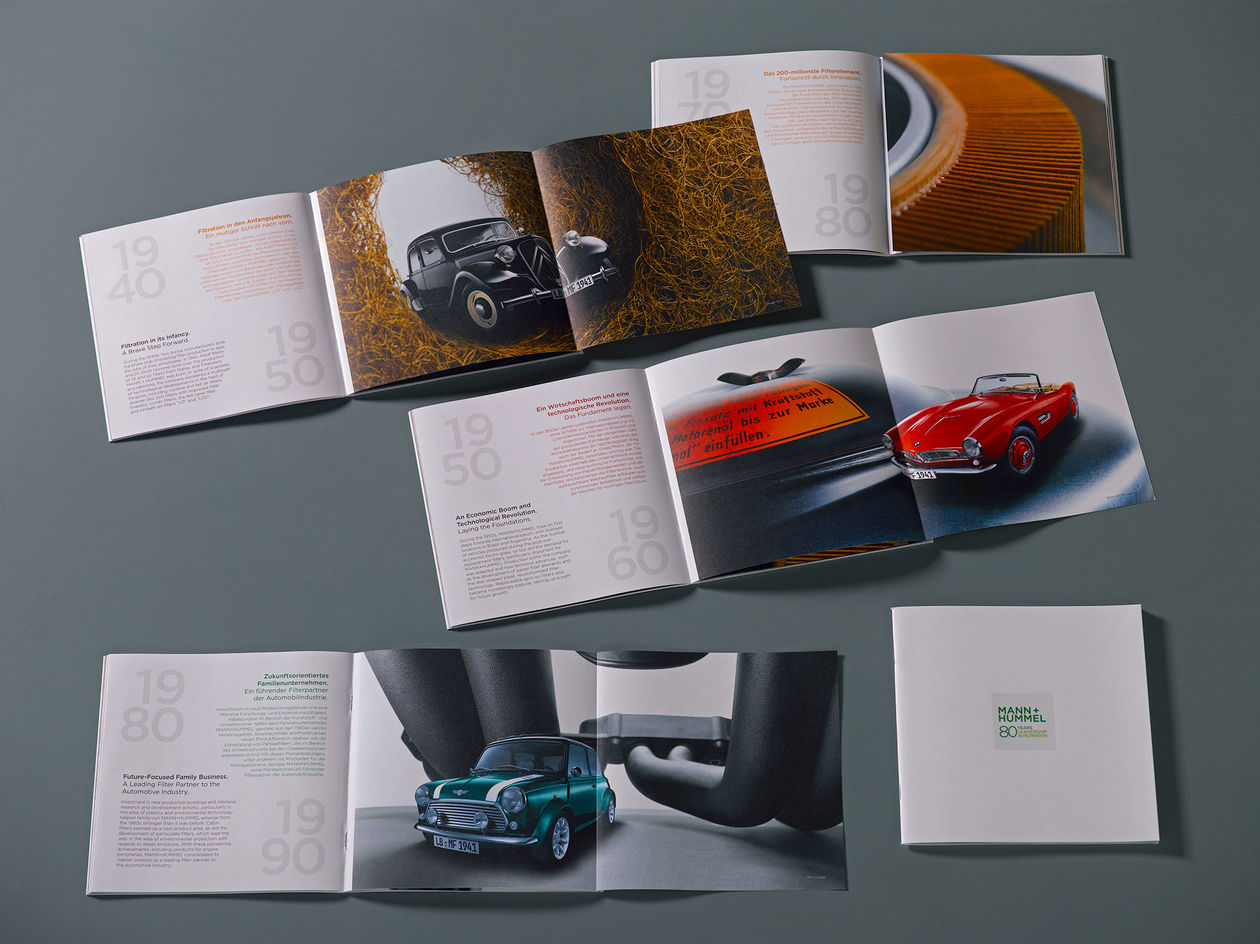 A rare guest at the photo studio: the Porsche Spyder 550. The privately owned replica experienced the entire breadth and depth of Eberhard Sauer's reverence – both in craftsmanship and aesthetics.

Only 100 cars were built from 1953 – 1957, one of which was auctioned at Goodwood Revival for 4.6 million pounds sterling. A legend connected with unfortunate fates (James Dean) and with successful race car drivers (Hans Hermann) and races such as Le Mans, Mille Miglia and Targa Florio. 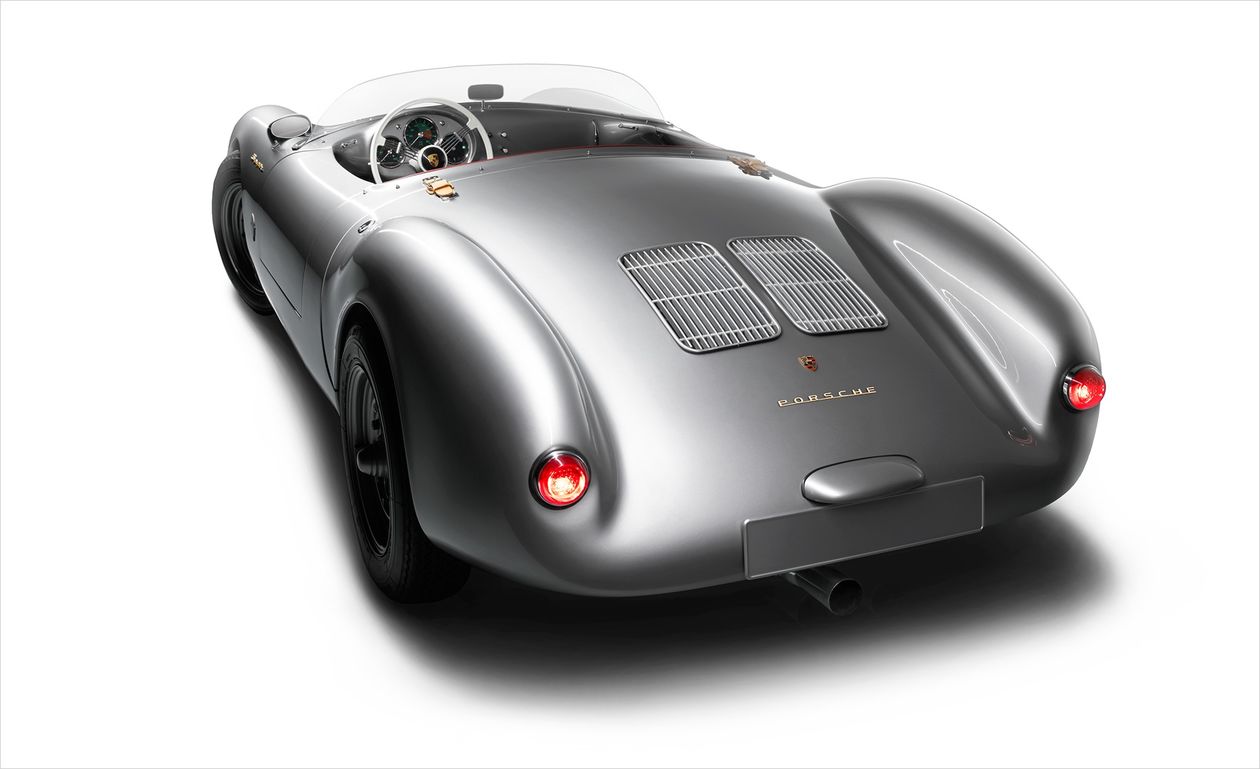