GoSee loves… ‘Elsa & Johanna: The Timeless Story of Moormerland’ – an exhibition at the MEP in Paris presents imaginary neighborhood life with a cinematic aesthetic

During nearly the entire month of May, 2021, French photographer duo Elsa & Johanna were on stay in northwestern Germany, visiting several villages in and around Moormerland, Lower Saxony. They found houses exuding a certain charm of yesteryear where they resided long enough to envision and bring to life their various characters – including disillusioned adolescents, housewives and fathers… An almost cinematic aesthetic characterizes the work of the duo.

The recourse to autofiction, at the heart Elsa & Johanna’s practice, enables the duo to stage scenarios with characters freed from their own identities, and by doing so, to examine contemporary issues such as individuality, as well as concepts of self-representation and anonymity. Their photos, as if taken from family albums, juxtapose portraits, snapshots and accidental photographs with fragments of interiors, proposing multiple and interrelated narratives of fictional daily lives.

The ‘Timeless Story of Moormerland’ opened at the European House of Photography in Paris on 7 September, 2022, and is still on show through 6 November.

Johanna Benaïnous, born 1991 in Paris, and Elsa Parra, born 1990 in Bayonne, are both based in Paris. In 2014, when Johanna was studying at Les Beaux-arts de Paris and Elsa was at Les Arts Décoratifs de Paris, they met in New York during an exchange program at the School of Visual Arts. Since that time, Elsa and Johanna have been collaborating on personal, editorial and commercial projects as an artistic photographer and director duo.

They were among the finalists of Le Prix HSBC pour la Photographie in 2016 and came in second place at Prix Picto de la Photographie de Mode in 2017. In 2018, their work entitled ‘A Couple of Them’ was added to the collection of the FMAC. Elsa & Johanna won the Public Prize at the 2019 Hyères Festival in the category Photography and were among the finalists of the Prix Découverte Louis Roederer at Les Rencontres d’Arles 2020. 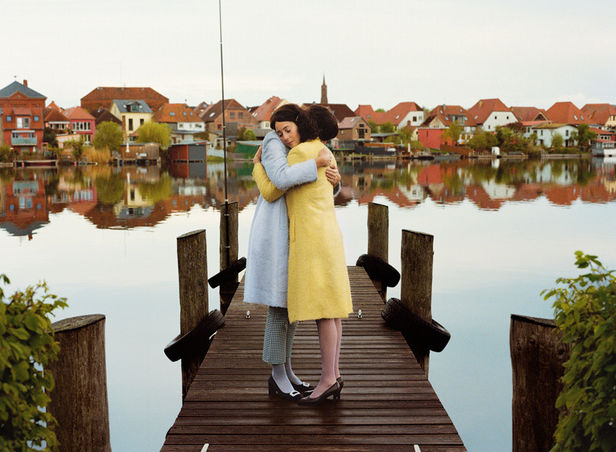 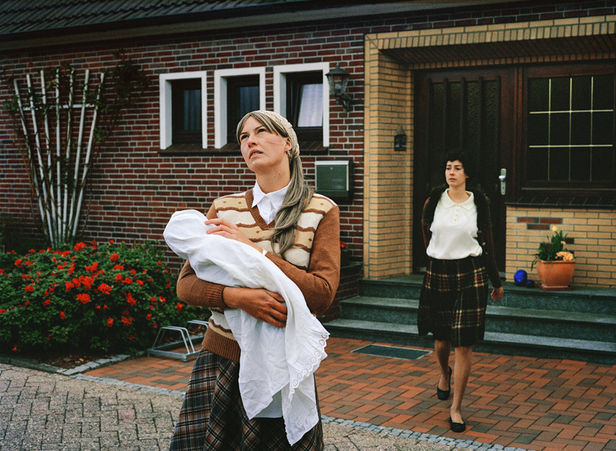 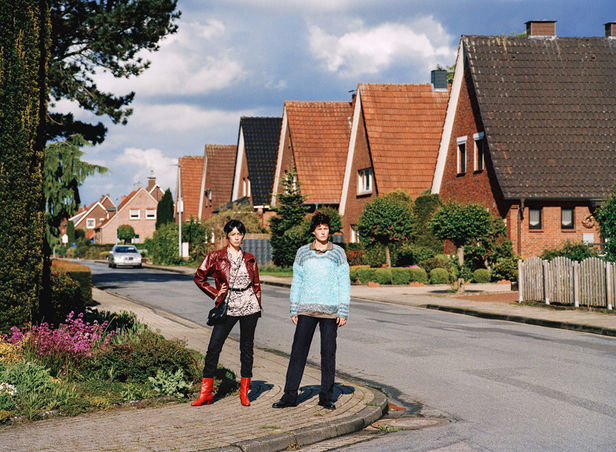 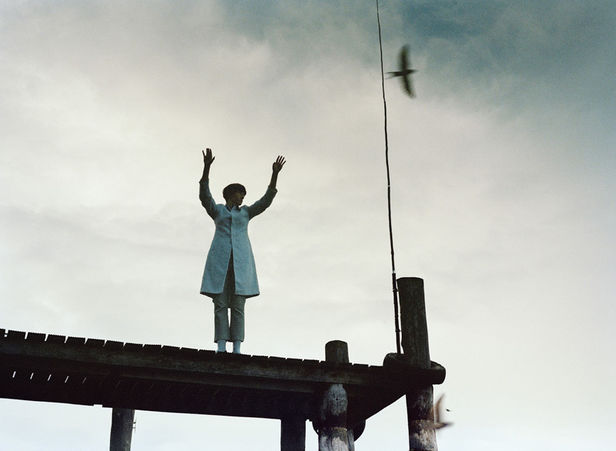 ‘Wennington Fire’ - a reportage by Spencer MURPHY c/o MAKING PICTURES for you on GoSee.NEWS

Spencer MURPHY c/o MAKING PICTURES photographed the fires in Wennington as part of his personal documentary project. Wennington is a small village in the London Borough of Havering in east London. It is located 14.8 miles east of Charing Cross. The town burned down on 19 July, 2022, and more than sixteen houses were destroyed.

“It’s been four years since I last documented wildfires in Britain. These fires didn’t burn as long as the fires I photographed in 2018, but I didn’t see the destruction of property then in the way that these recent fires have brought with them. It was haunting to spend days in the charred landscapes of Saddleworth Moor and Wanstead Flats back then, but it’s undeniable that there’s something about the devastation of people’s property that makes things feel all the more real. It really is time we took notice because this weather is not normal.” Spencer Murphy.

Spencer Murphy, who was born in 1978, grew up relatively isolated in the countryside in Kent, miles away from the nearest shop or school, and often found himself with only his imagination for company and the surrounding woodland as his playground. It was a combination of this imagination and an early discovery of his mother’s back issues of Life and National Geographic that sparked an early enthusiasm for photography at the age of 11. As a result, his parents bought him his first camera, and photography quickly became a channel for his creativity. Today, Spencer lives and works in London.

Among his clients are magazines such as The Guardian Weekend, Time, Vogue Italia or even Wallpaper. His portraits are featured in publications including Rolling Stone Magazine, GQ, as well as Dazed and Confused. He has exhibited throughout Europe and North America and was named as one of the Hyeres Festival’s emerging photographers of 2008.

He has also been included in the National Portrait Gallery’s Taylor Wessing Portrait Prize exhibition seven times between 2006 and 2013, and in 2013 was announced as the overall winner. His work is now held in the NPG’s permanent collection. 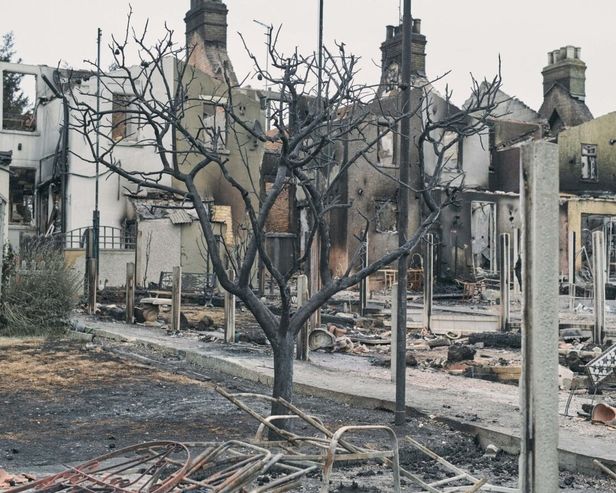 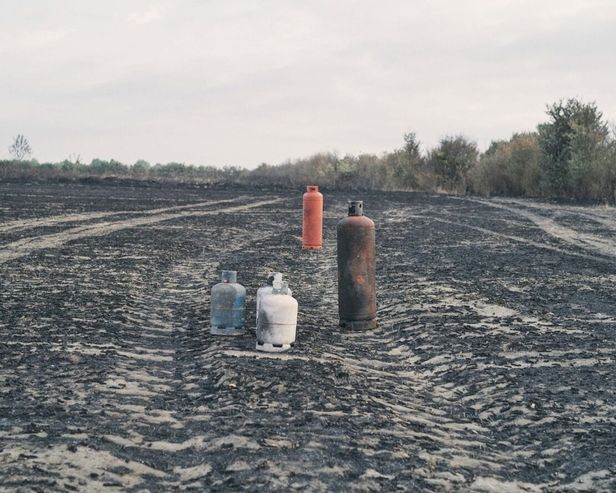 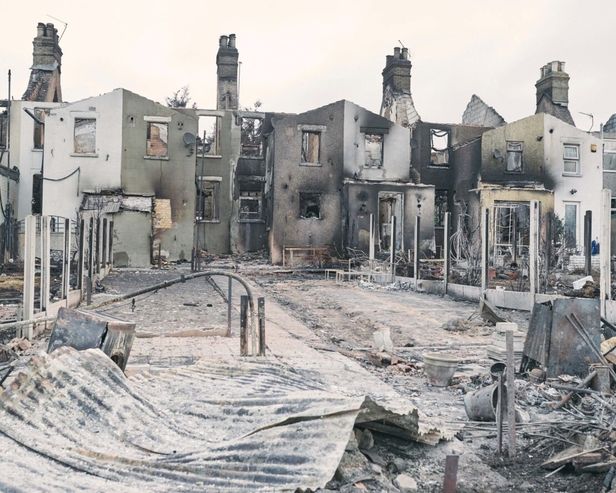 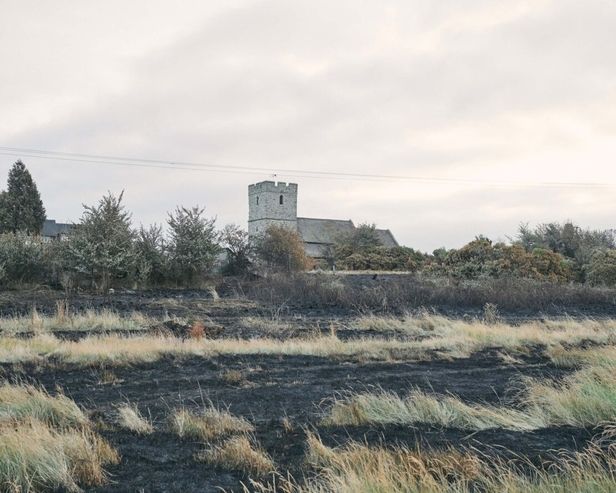 Elina Brotherus came to FFF once again: It was the perfect opportunity to learn background information on the exhibition during a gallery talk with the Finnish artist and Curator Celina Lunsford, and have her latest book SEBALDIANA. MEMENTO MORI signed personally following its presentation. It all took place on Saturday, 10 September, 2022, 3pm. In the book, she visits places in Corsica, mentioned by German author W.G. Sebald (1944-2001) in his texts.

She is known for her ironic self-portraits and is considered one of the most significant contemporary European photographers: FFF is currently dedicating the retrospective IN REFERENCE TO A SUNNY PLACE to the Finnish artist still through the middle of September. On display are works from the past 20 years which show how she repeatedly deals with the connections between the figure and landscape, roleplaying photographically with model and artist. Typically staging herself with humor and irony, she explores emotions and tensions: being alone and being together, being lost and being safe, love, sadness, and joy. Often it is her examination of various art movements from Romanticism to Fluxus that inspire.

Elina Brotherus, born in Helsinki, is considered one of the most significant contemporary photo artists in Europe. Her work has been exhibited internationally since 1997, is widely published and is part of renowned collections.

The Fotografie Forum Frankfurt (FFF) is one of the leading centers of photography in Europe. As an exhibition space, institution and event forum, the FFF deals with all aspects of photography. 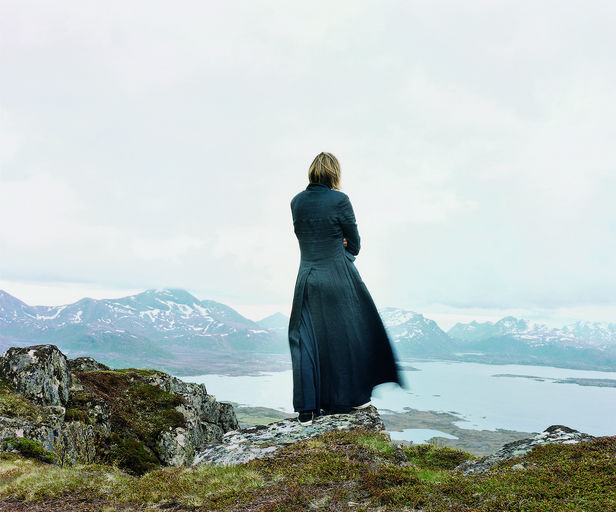 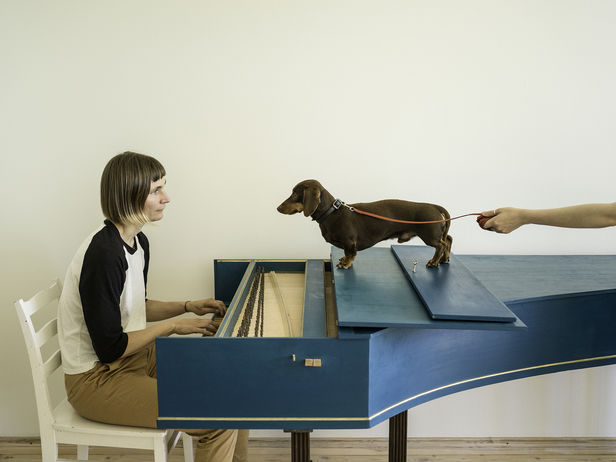 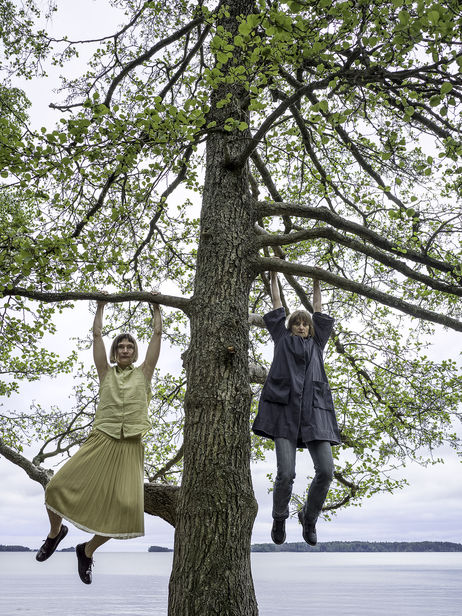 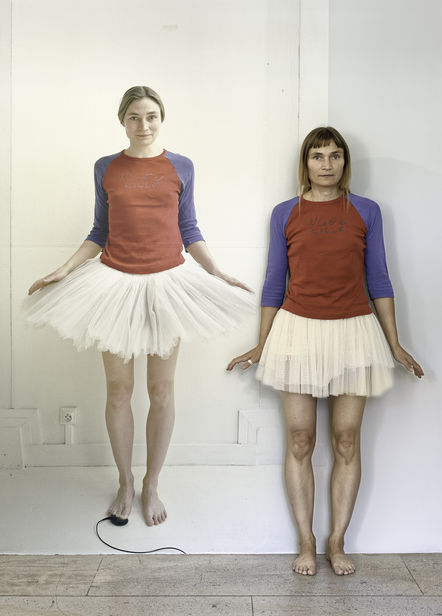