VOLOCITY is an autonomous electric urban air taxi. Pioneering technology with an elegant aesthetic that combines the lightness of flying with the highest safety standards, and time-saving travel with a unique flying experience. The motifs presented here on GoSee.NEWS were staged by Stuttgart-based photographer Tom Ziora – and WAGNERCHIC was responsible for creative post production. The agency was Strichpunkt Design.

The VoloCity is an all-electric aircraft with the ability to vertically take off and land. It is built by German manufacturer Volocopter and is the company’s first production model. With the VoloCity, Volocopter has built the fourth generation following the Volocopter VC200 / 2X and the first production model of its aircraft. The first confirmed use planned is the launch of an electric-powered air taxi service in Singapore within the next three years.

“Our zero-emission VoloCity air taxi is at the heart of what we’re about. It’s the first craft of its kind that meets the exacting safety standards stipulated by the EASA. Ultimately, the VoloCity fits into our overarching vision: to realize the dream of urban air mobility in an integrated ecosystem that covers the entire journey, from booking to smooth landing.” says VOLOCOPTER and continues: “The French capital Paris will become a leader in the area of urban air mobility. In an unprecedented mobility project, the city’s airports and public transportation operators have chosen Volocopter to be their eVTOL partner. Joint testing is already underway.”

Since the eVTOL aircraft has zero carbon emissions and a low noise profile, Volocopter wants to offer its service mainly in urban areas to reduce congestion and complement urban mobility. In a first phase, the VoloCity will have a pilot on board. But it is designed to operate completely autonomously as soon as the regulatory requirements for autonomous flying have been issued by the aviation authorities. 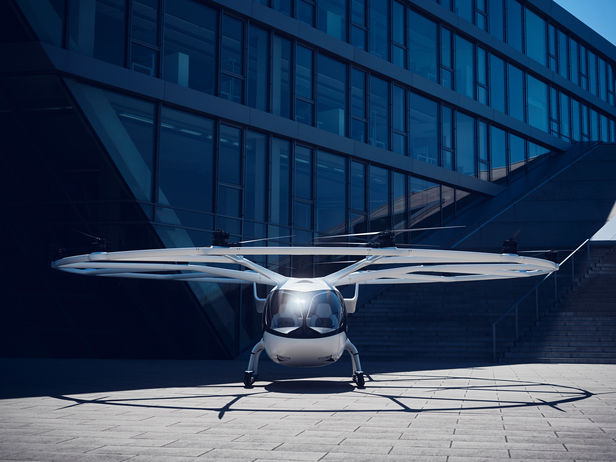 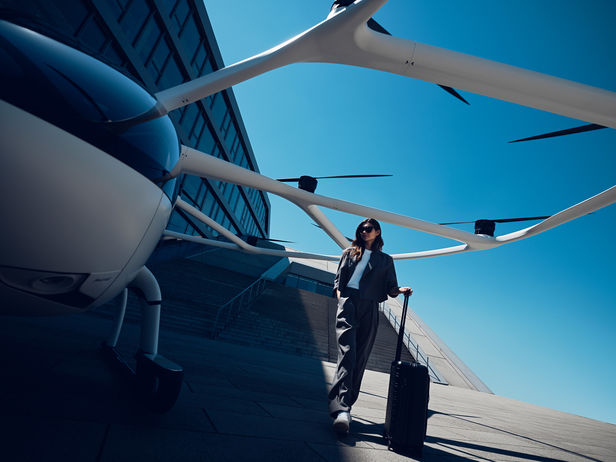 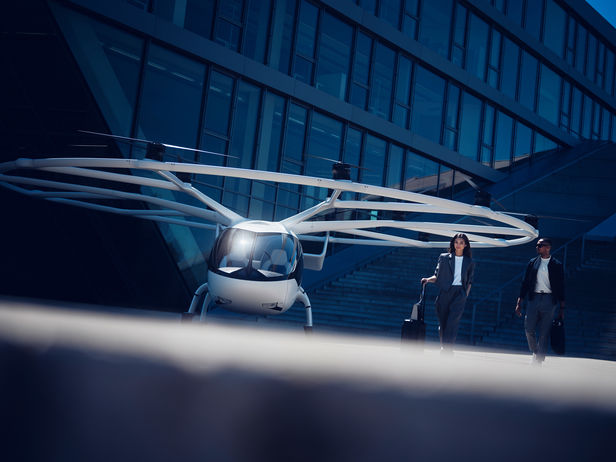 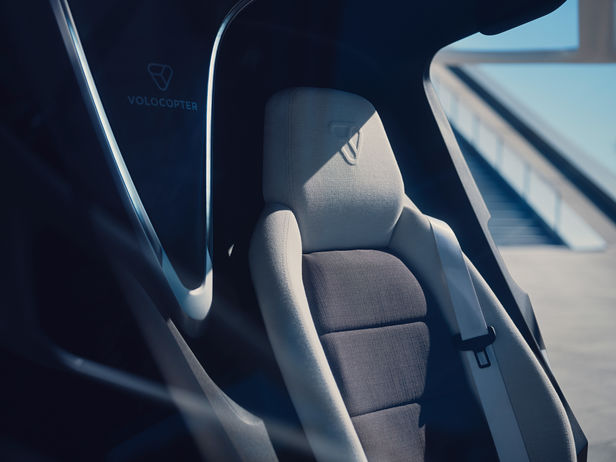 “There’s nothing more exhilarating to me than being the lead photographer on a code-red production. From the moment of pride after being awarded the opportunity to define and develop the look of a nameplate’s new campaign, to the multitude of security on set that makes you feel like the team is part of a high-stakes, covert operation, all the way down to the red stickers enveloping everyone’s devices – all of this accumulates to provide a thrill of secrecy and excitement that is always one of the highlights of my job.

I am pleased to say that last year, I had the opportunity to lead not one, but two code-red productions for Acura via MullenLowe. After many chip-shortage delays, portfolio image approvals, and re-edits, I am beyond excited to finally present my take on Acura’s latest premium sport crossover – the 2022 RDX.” Transportation specialist MATTHEW JONES tells GoSee.NEWS.

And explains : “For this specific campaign, I wanted my personal portfolio images from the shoot to feel a bit different than the current trends of circulating automotive photography. Rather than clean, luxurious and blissful, I wanted to go in the opposite direction and create a sense of raw power, speed and abstract emotion. The images are primarily dark, gritty and often out of focus with a purposeful camera shake, resembling a film still of a high-speed chase.”

The brand Acura is used since 1986 by Japanese carmaker Honda in North America and Hong Kong for premium and sporty models. The vehicle lineup consists of Honda models, redesigned through badge engineering and technical or visual enhancement, as well as vehicle series developed for the Acura brand and exclusively sold under this label.

“Mr. Honda, the founder of Acura, built the Suzuka racetrack before he had even sold his first car. See, we learn from the tarmac. It’s called genba, and it lets us design the cars we’ve always wanted to drive.” ACURA.

The Acura RDX is an SUV and was launched on the American market in 2006 as a smaller addition to the Acura MDX. Starts at $40,600. 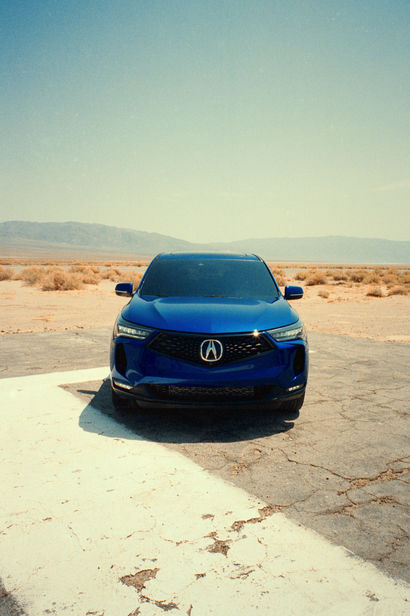 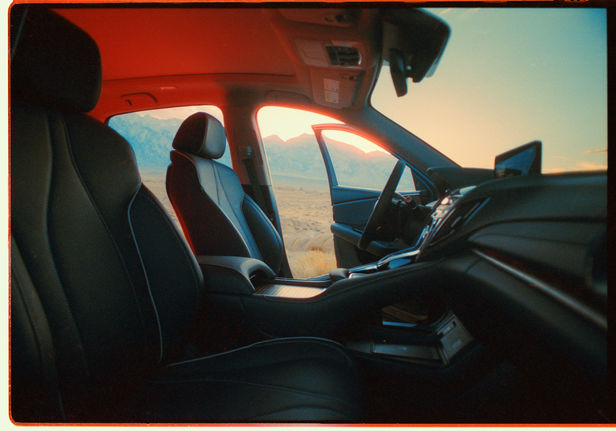 The pinnacle of premium SUV quality! JEFF LUDES photographed the launch campaign for the new JEEP GRAND WAGONEER, which he presents us on GoSee. With the latest Wagoneer, Jeep presents the new design baseline of the brand.

“I had the opportunity to join the Jeep team for a trip through Northern California, shooting for the launch of the new Grand Wagoneer. With a broad selection of vehicles, they also covered a wide variety of locations, from snowy peaks, to lush hills and rugged coastlines, and finally, to the city of San Francisco,” Jeff tells GoSee. 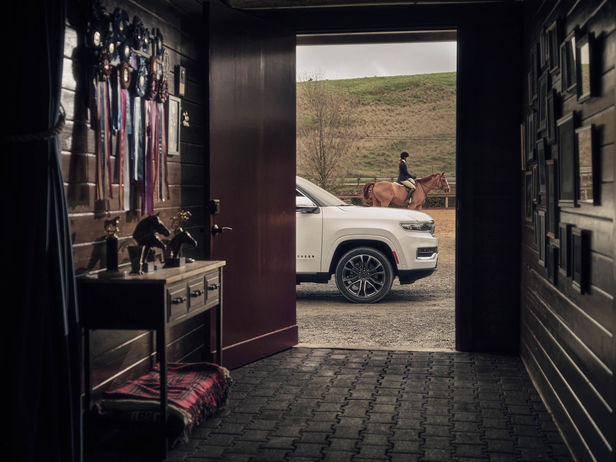 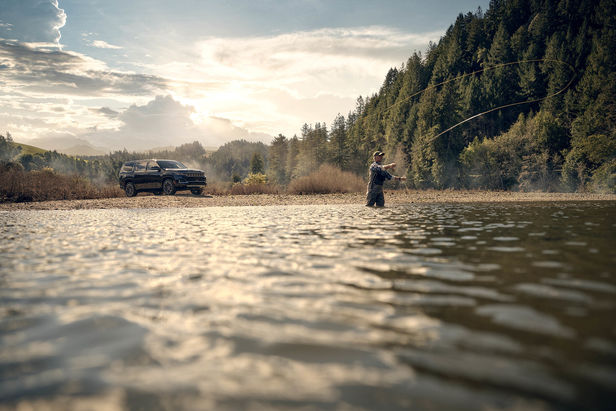 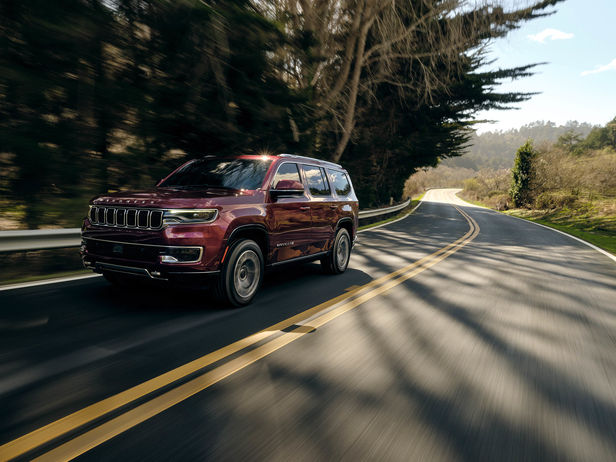 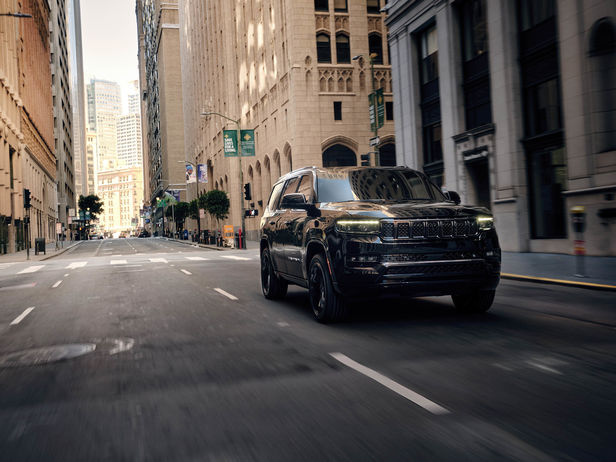