featured by BOSCHtoBANRAP : ‘Twice as Beautiful’ campaign for the design cooperation between Jana Ina Zarrella and EYES + MORE - photographed by Per APPELGREN c/o BOSCHTOBANRAP for KNSK

“Our vision is to turn Eyes + More into the number one brand for affordable eyewear with a complete price strategy (…),” says Julia Lukas, Marketing & Communications Director of Eyes + More. Frank Holtman, Commercial Director of Eyes + More: “The cooperation with Jana Ina has been a lot of fun for all of us. Her contagious enthusiasm and her keen sense for fashion are reflected in the collection. It is a beautiful moment when you realize that customers will now be able to discover them in one of our numerous stores.” The exclusive design cooperation is now available in more than 280 Eyes + More stores as well as online at eyesandmore.com. 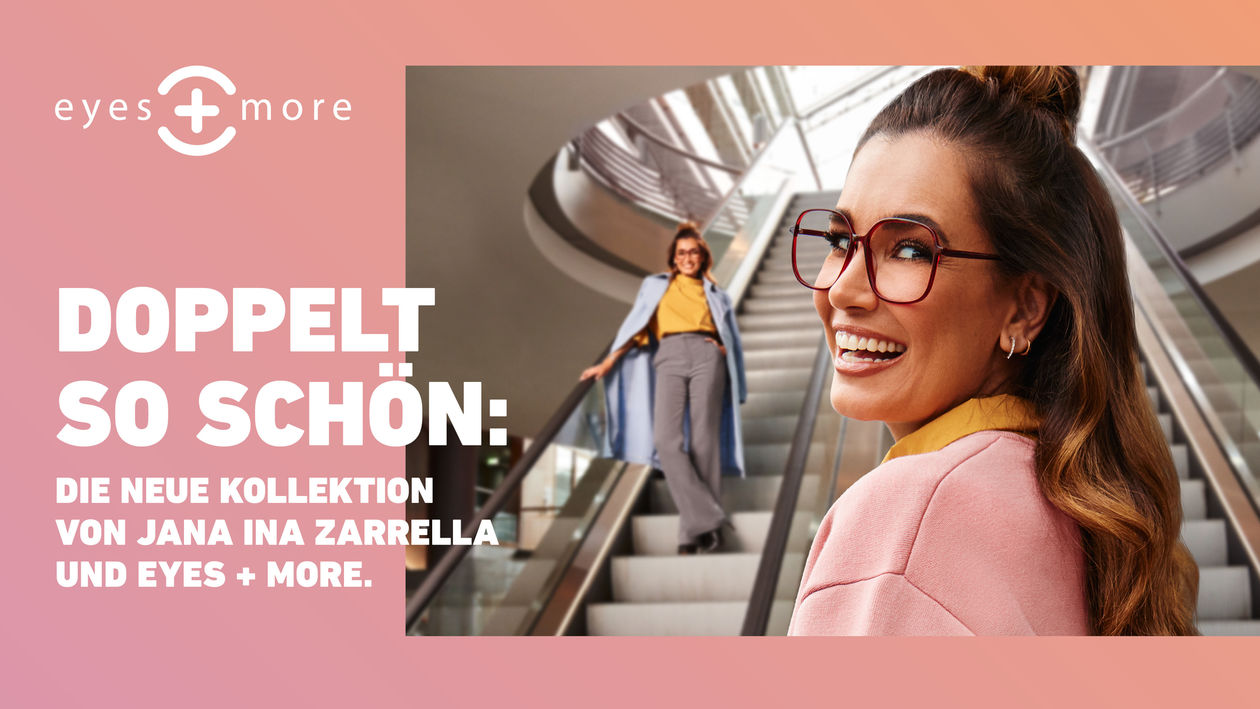 Magic is about to happen ! – HETZNER PRODUKTION produces the COCA-COLA SOCCER ALWAYS ON 2022 – 1/3 spot for COCA-COLA and the agency David from Madrid

Magic is about to happen – and you can play, too ! Under the hashtag #keepthemagicplaying, Coca-Cola is celebrating soccer, because soccer is the time to get together with friends and, of course, drink an ice-cold Coke together. Whether in the stadium, in your home or at your favorite bar – soccer, snacks and Coca-Cola – are the perfect hat trick for every fan if it’s up to the agency DAVID and Coca-Cola.

The spot was directed by Ivan Jurado, and in front of his camera, we see FC Bayern stars Manuel Neuer, Sane and Serge Gnabry, with the uber-cool Serge casually flexing his magical head-balancing skills for us. Real Magic !

The executive agency was DAVID, Madrid, and the spot was produced by HETZNER PRODUKTION for Lee Film, Madrid.

Jana Ina Zarrella, a Brazilian native living in Germany, gained fame as a model, presenter and singer. This summer, the new designer and businesswoman launched her first collection of corrective glasses and sunglasses together with eyewear retailer EYES + MORE. The campaign motifs were produced by the beautiful Jana Ina from HETZNER PRODUKTION, Berlin.

Jana Ina Zarrella on the idea behind the collection : “For me, glasses not only have to fit perfectly and feel nearly weightless, they must also be able to make a statement and underscore my looks. It’s supposed to be fun to dress up, and I want to feel stylish and feminine even with glasses on.”

eyes + more is eyewear designed in Hamburg and stands for “fashionable glasses for every occasion and style.” eyes + more is a part of nexeye, a successful emerging platform for retailers consisting, at the moment, of three eyewear brands which are active in five European countries.

The mission of nexeye is to make good sight and hearing easily accessible to all at affordable prices long-term. With 280 stores in Germany, Austria, Belgium and the Netherlands, eyes + more is today the fastest-growing eyewear retailer in Europe. Nexeye has been owned by British investor 3i since January 2017. 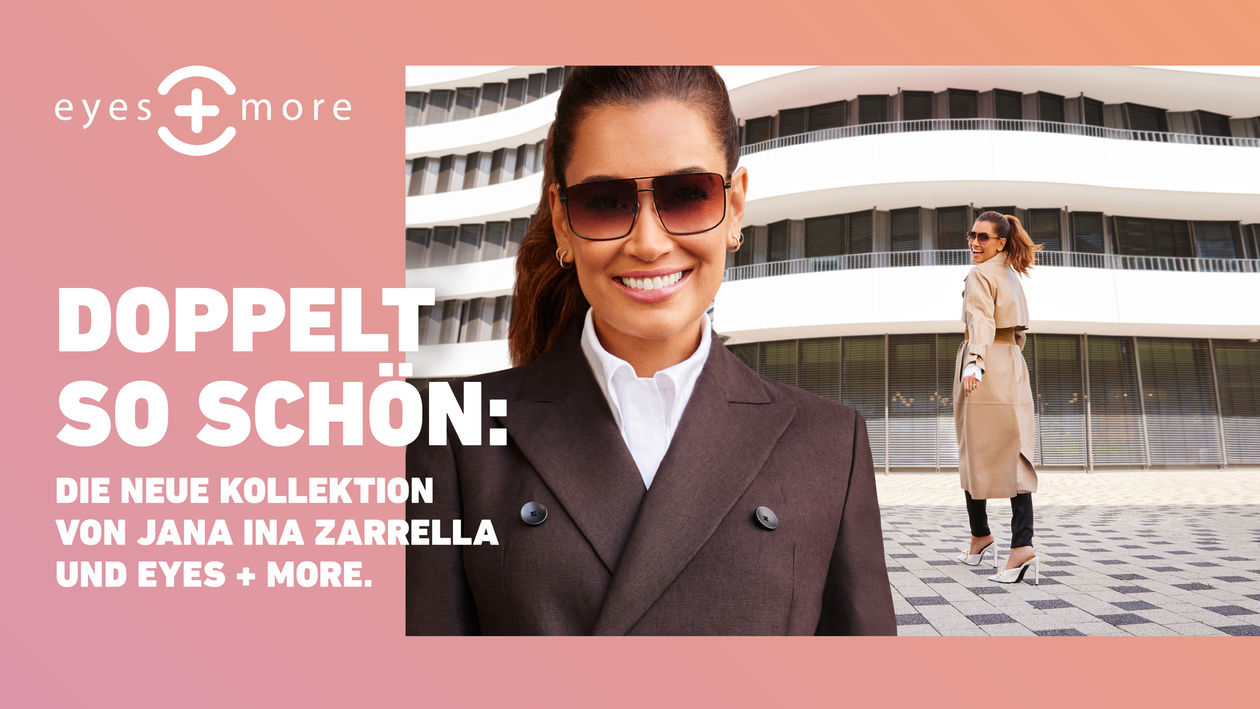