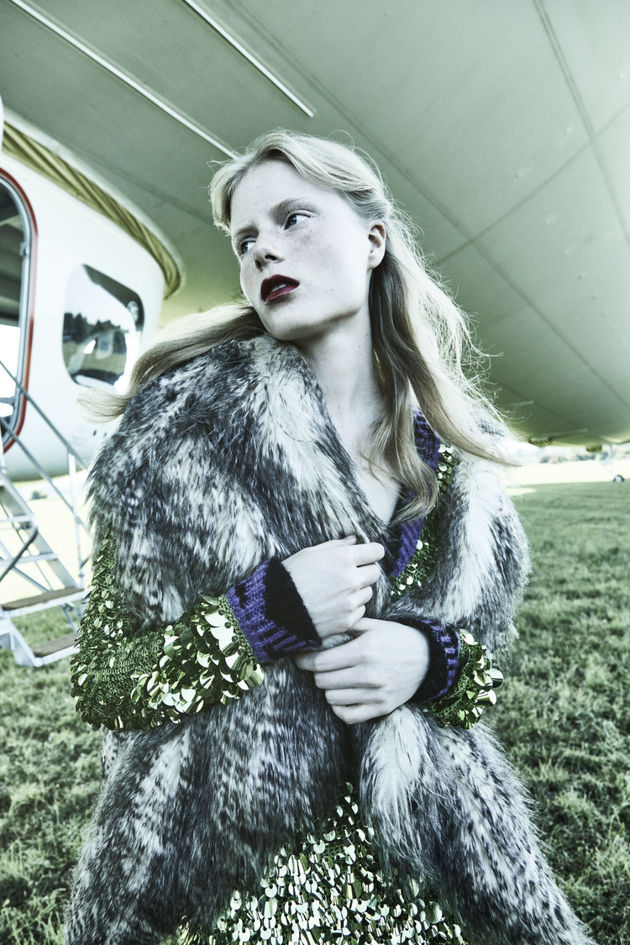 featured by Esther Haase : Christmas 2020 as a PARTY FOR TWO – the 18-page ‘How To Party Without A Party’ editorial for ICON magazine, photographed by ESTHER HAASE at Hotel Vier Jahreszeiten in Hamburg

ESTHER HAASE presents us her fashion special HOW TO PARTY WITHOUT A PARTY here on GoSee for the turn of the year. A shoot à la Esther. The celebration took place, including photography, at Hamburg’s Hotel Vier Jahreszeiten and at Restaurant Nikkei Nine. In a convivial atmosphere – and, of course, in accordance with all hygiene regulations.

Front and center: the dream team Kim Riekenberg, Tim, Flora, Dennis Loebach, Max PAUL c/o ICONIC, Luca Jamal as well as Hamburg-based advertiser Nane Mundt, whom Esther has been wanting to stage for some time. Not to mention Baby Philippa – the photographer’s godchild was allowed to join the party (imaginary).

ICON, represented by Inga Griese, writes : “We have all become familiar with the home office, but a home party? If we can’t go to the celebrations, then they have to come to us… Getting all gussied up again, with the newest looks from the Fall/Winter collection is certainly something to see. And causing a bit of Christmas chaos at home alone or as a couple shouldn’t be that big of a problem. Cleaning up all by your lonesome the next day feels almost like in good old pre-pandemic times. Most importantly, we can keep in touch,” Esther would like to take the opportunity to wish you all Happy Holidays with your loved ones. Of course, adhering to the common rules of distancing and decorum.
23.12.2020 show complete article