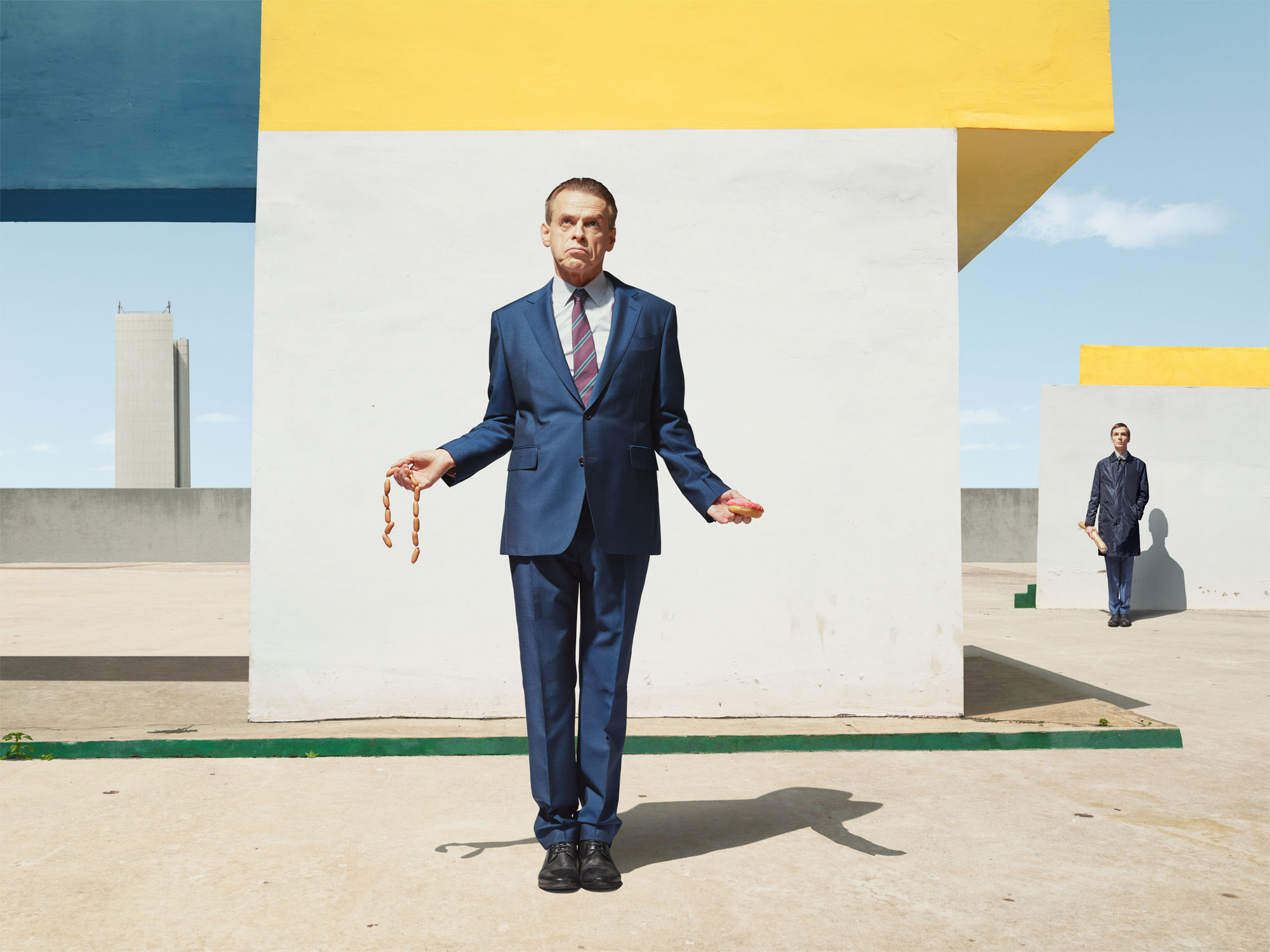 Clemens Ascher dreamt up "this surrealistic and graphic world featuring mysterious monuments, the legendary Ferrari Rainbow and its furious drivers" - a minimalistic and metaphysical series in three subtly muted primary colours. The ultra-distinctive stylings of Bertone cars are epitomised by the angular Ferrari Rainbow. This astonishing wedge-shaped concept car from 1976 never went into production and the prototype remains concealed in Bertone's private collection...through CGI we set out to bring it into a uniquely imagined world. In the Recom Farmhouse London studio, we took Clemens' initial architectural sketches and collaboratively created these monuments. We gathered references for aged concrete, added weeds, incorporated some pre-shot elements and worked closely at every stage with the photographer to create the perfect setting and mood for this mysterious supercar.