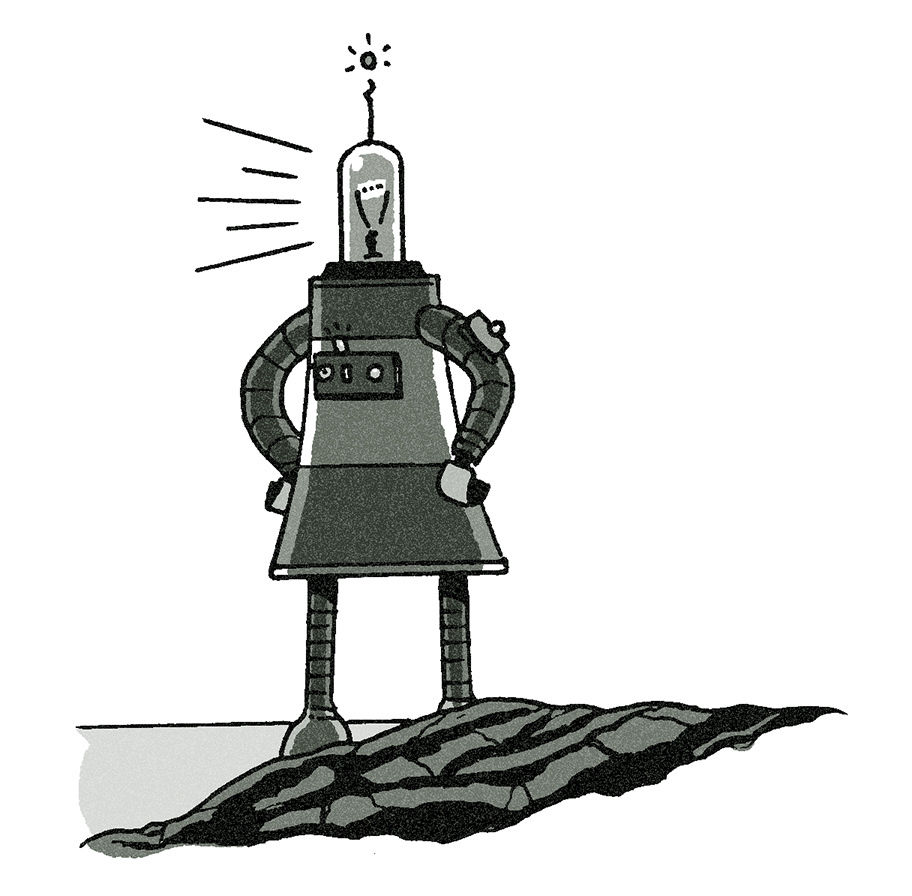 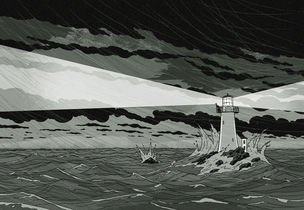 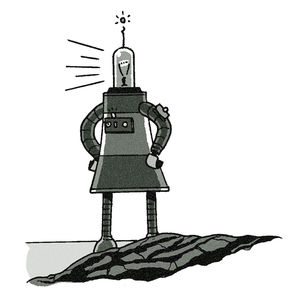 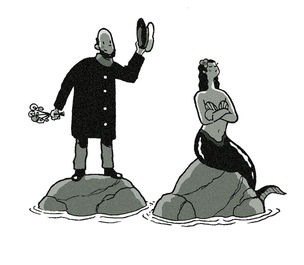 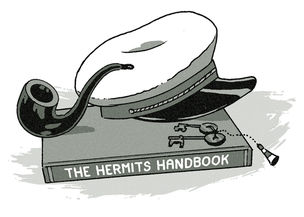 Illustrator R.Fresson worked with Virgin Atlantic's Vera Magazine for a feature on The Lighthouse, a film starring Robert Pattinson and Williem Defoe. The film centres on two lighthouse keepers trying to maintain their sanity while living on a remote and mysterious New England island in the 1890s. Ruby illustrated an interview with a real-life lighthouse keeper on the myths of the job. An interesting departure for Ruby, whose work usually abounds with colour, these atmospheric illustrations were all created in black and white as a nod to film.