Bulgari, Cartier, Tiffany & Co., Repossi, … Up-and-coming star model Mariama Ndure was photographed by ANDREAS ORTNER for the November 2021 issue of HARPER’S BAZAAR Czech. The model, who calls Berlin her home, posed for the jewelry editorial in colorful and stylishly reduced outfits which provide the perfect stage for the jewelry. Credit for which – we say bring on the pink headdress ! – goes to stylist Jana Kapounova.

Andreas Ortner flexes his expertise once again in this polished spread. Light mood, perspective and high-quality editorial production are his trademark. CD: Lucie Tomišková, Fashion Director at Harper’s Bazaar, was responsible for the shoot which was realized at Cash Only Studio. Hair: Robin Bilka, make-up: Hristina Georgievska. 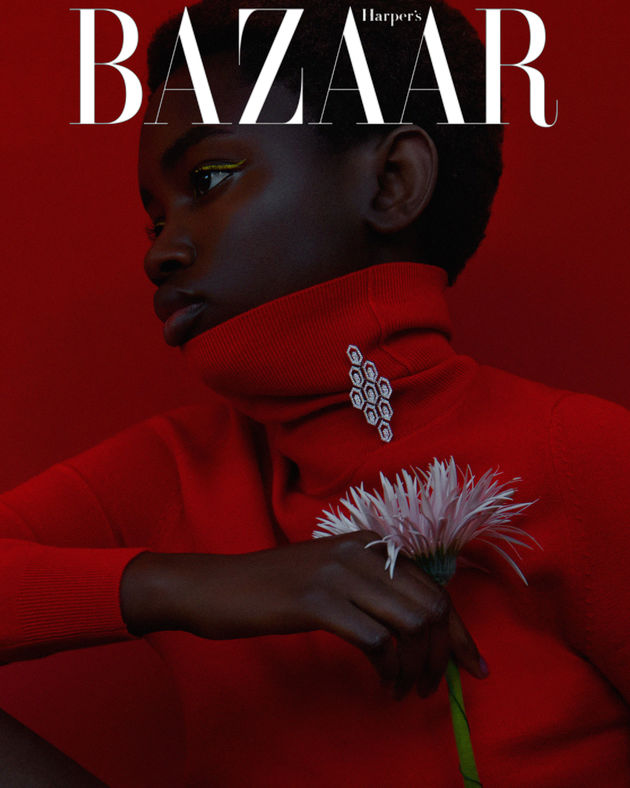 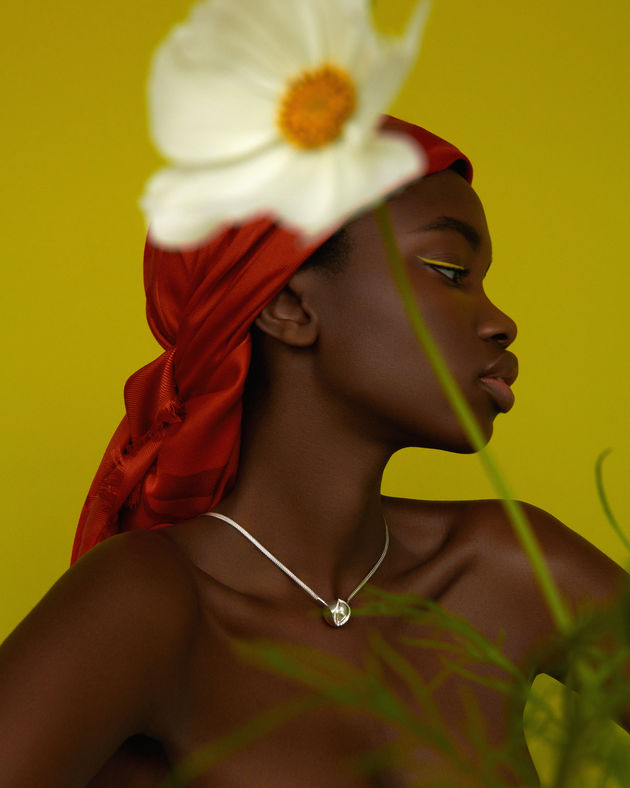 Stylist JANA KAPOUNOVA pulled out all the stops fashion-wise for the September ‘21 issue of HARPER’S BZAAR Czech – after all, the fashion mag is celebrating its 25th Anniversary. We present you Estonian top model Karmen Pedaru in fashion by renowned brands such as Prada, Valentino, Sportmax, Celine, Ashi Studios, Louis Vuitton, Christian Dior… staged to perfection by Jana Kapounova.

Behind the camera stood Berlin-based photographer Kristian Schuller, and art direction was taken care of by his spouse Peggy Schuller. The vibrantly colorful result is both an homage to great idols and a declaration of love to fashion, beauty, and the undaunted joie de vivre in us all.

The greeting by Editor-in-Chief Nora Grund for the issue whisks you into the magazine and reveals en passant that the editors brought the articles to the editorial office on floppy disks to create the first issue of the magazine – and nobody had even dreamed of Google 25 years ago… which brings us to the question of what more the future holds in store for us? Harper’s Bazaar Czech wishes you in any case: Vsechno Nejlepsi, or: All the very best !
02.09.2021 show complete article

The tennis and art project presented here was sponsored by PORSCHE and whisks you away to a confidently stylish trip through time – the stuff that dreams are made of. The underlying topics were women and tennis, and production took place in a variety of locations in the Czech Republic as well as in Athens. In front of the camera stood renowned tennis players such as Barbora Strýcová, Karolína Muchov, Markéta Vondroušová and Maria Sakkari. It was all photographed for Porsche Tennis by Radka Leitmeritz, with spot-on styling contributed by JANA KAPOUNOVA.

Barbora Strýcová is a former Czech tennis player and ranked number one in the world in women’s doubles. Her greatest success was winning the double title in Wimbledon in 2019. Tennis player Karolína Muchová just made it into the semi-finals of the Australian Open in 2021.

The biggest successes of tennis player Markéta Vondroušová as a solo player were making it into the finals of the French Open in 2019 as well as winning a Silver medal at the Olympic Summer Games in Tokyo. And Greek tennis player Maria Sakkari is the daughter of Angeliki Kanellopoulou, who was also a professional tennis player.

Porsche Tennis on the spread : “Passion and performance, dynamism and aesthetics: the Court Supremes project by Porsche Central and Eastern Europe, Porsche AG and photographer Radka Leitmeritz, pays homage to women’s tennis and some of the players that have dominated the sport. The legendary Martina Navratilova joins Petra Kvitova and Porsche brand ambassadors Angelique Kerber and Julia Görges in the series of stunning portraits, which was first shown at the Porsche-supported WTA tournament in Cluj-Napoca, Romania. Fans can also view them online at porsche-tennis.de/court-supremes.”

For Porsche Central & Eastern Europe and Radka Leitmeritz, Court Supremes is an ongoing project, which began during the tournament break last year due to the pandemic. GoSee : porsche-tennis.com & janakapounova.com
01.09.2021 show complete article 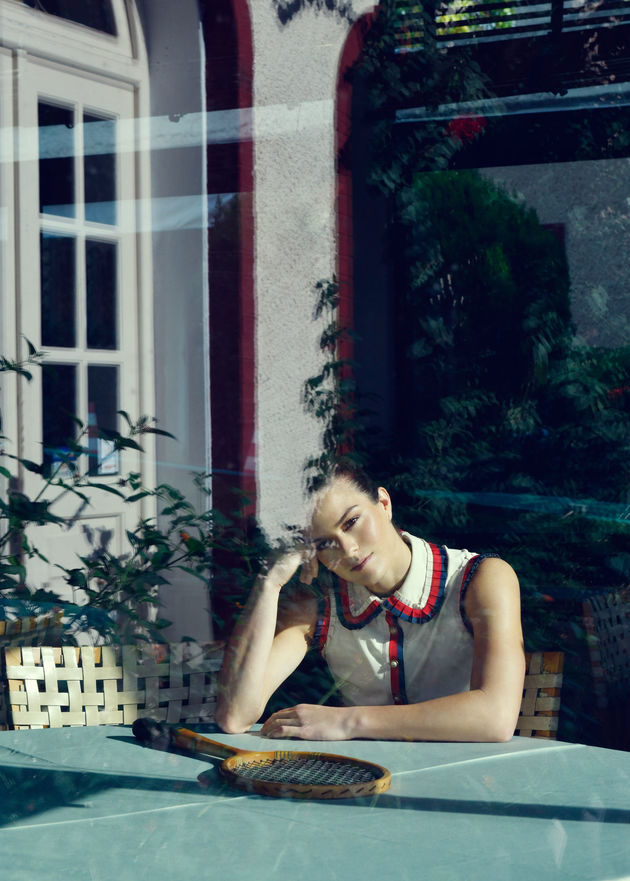 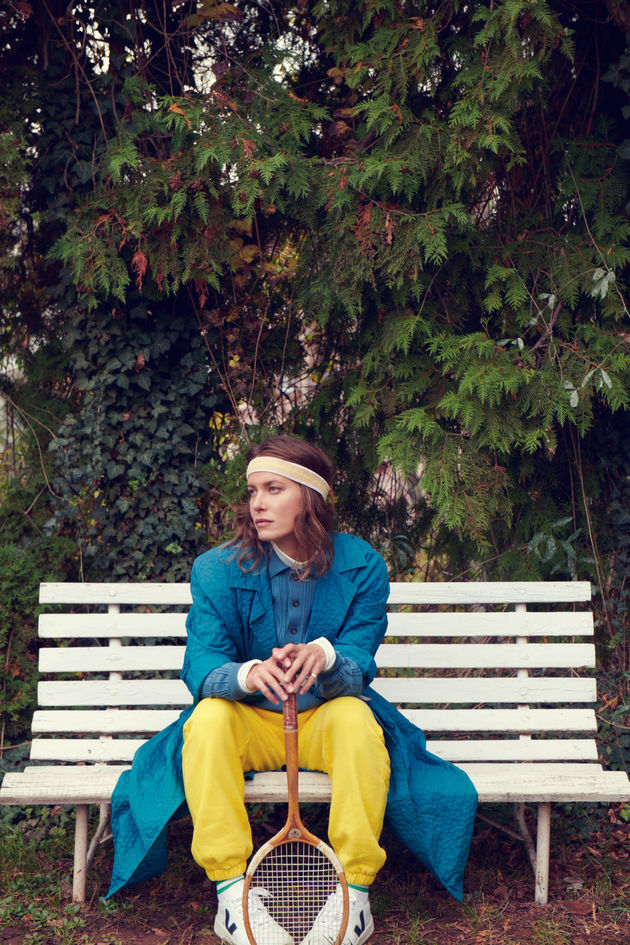