Creative retouch came from RECOM for a double-pack of projects for and with Damien de BLINKK c/o EMEIS DEUBEL, who staged both the VW Hybrid and the KIA EV6 campaigns. Created together with Andreas Hempel via CGI and retouch were the visuals for the NISSAN Qashqai and TBWA Paris, and Cream Paris produced campaign motifs for DACIA with MATTHEW JONES.

‘Tardigrade’ concept motorbike for lunar research. Namesake for which are microscopically small, eight-legged invertebrate creatures, skilled in surviving even the most extreme conditions. Already in 2020, Andrey Fabishevsky envisioned an electric NASA motorcycle for lunar travel. This very idea has now been brought to life by the German brand Hookie. The bike was photographed by J. Konrad Schmidt, and RECOM took care of creative retouch as well as the CGI elements.

And last but not least : Welcome RECOM once again as an exhibitor at this year’s UPDATE in Berlin. 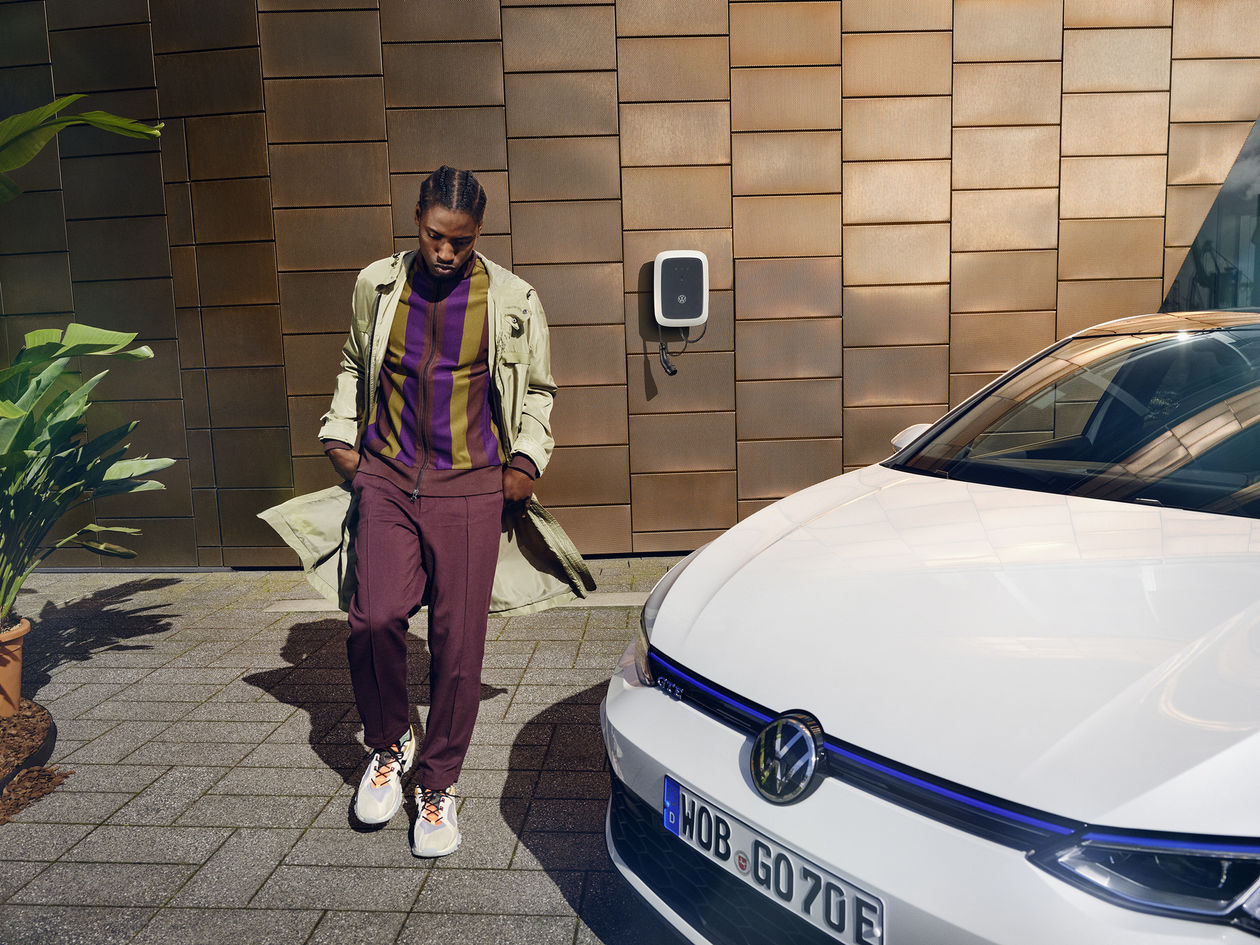 featured by RECOM GmbH & Co. KG : Off to new horizons! RECOM in charge of post production & CGI for the first lunar concept vehicle TARDIGRADE built by motorcycle specialist Hookie – on display at the Petersen Automotive Museum in Los Angeles

‘Tardigrade’ is the first concept vehicle for lunar research. Namesake for which are microscopically small, eight-legged invertebrate creatures, skilled in surviving even the most extreme conditions. Already in 2020, Andrey Fabishevsky envisioned an electric NASA motorcycle for lunar travel. This very idea has now been brought to life by the German brand Hookie. The vehicle was photographed by J. Konrad Schmidt, and RECOM took care of post production as well as CGI elements.

It all started when Andrey Fabishevsky and a friend of hers came up with the idea for a creative sketch challenge for Instagram which soon turned into a CGI concept. The idea was celebrated across social media, and immediately, speculations about possible construction started. “I had seen some very stylized and cool concept sketches of NASA motorcycles, and I wanted to make a bike in CGI that felt like a fully functional concept, not just a cool stylized idea,” says Andrey Fabishevsky.

Among those who saw the idea and loved it was Nico Mueller from Hookie – a design firm based in Dresden which designs motorcycles according to customer specifications. Inspired by Andrey’s visuals, they contacted him with the idea to build the car. The project was named Tardigrade after the resilient little organisms which even survive in outer space. Complex welding work and several long nights later, the vehicle was born.

“A thought experiment which also raises questions about our future : What would life beyond planetary boundaries look like? What demands does outer space make on a bike that can travel in the darkness of space and largely free from the shackles of gravity over icy lunar dust? And how far away are we from such scenarios?” says Nico Müller from Hookie.

Friends from Hookie knew the perfect place for the photo shoot : a porcelain clay mine in the Czech Republic. The pale dust of the clay proved to be excellent for both the texture of the bike tracks and the lighting as well as the structure of the lunar surface. “It was surreal. Andrew and Hookie did such an amazing job. Standing on this location with this bike felt like – ‘What else could anyone wish for?’ It looked right from the first second on,” says photographer J. Konrad Schmidt.

Back in Stuttgart, RECOM worked with Konrad to create a unique atmosphere which was based on the real lunar surface in terms of contrast and grading. “To break out of everyday life, it is always cool to jump into space travel, to create an outer space lunar feel for such a beautifully designed – out of this world! – object as the TARDIGRADE. Recom is ready for the moon,” says Thorsten Jasper Weese from RECOM.

With the world premiere as part of the ADV:Overland exhibition in the Petersen Automotive Museum in Los Angeles at the end of 2021, Hookie wants to show that fantastic ideas can even grow to become real palpable objects. All it takes is a vision and curiosity about the unknown. The article appeared on DESIGNBOOM, STIRWORLD and UNCRATE. More is available via HOOKIE and directly on the RECOM blog MADLOVE.
07.12.2021 show complete article

featured by Stephanie Wencek postdesign : The dark attraction of luxury and sportiness : we present you the BMW ‘The X7’ Edition Dark Shadow – post-produced by STEPHANIE WENCEK

BMW on the automobile : “The experience of luxurious driving pleasure has reached a whole new dimension in the BMW X7. The largest luxury SAV from BMW M GmbH combines a striking appearance with generous interior comfort and the brand’s hallmark sporty flair. The BMW X7 Dark Shadow Edition takes these characteristics to a new level. With its unique design and equipment features from BMW Individual, this limited edition model underlines both the sporty appearance and the luxury ambience of BMW’s largest SAV.”

To show it all to its fullest advantage, the post production skills of STEPHANIE WENCEK were required. The spread ‘A Bold Voice’ was photographed with model Rebecca Munro by Konrad J. Schmidt for the client BMW AG Munich. Production was supported by Claas Cropp Creative Productions, with hair & make-up by Alex Merk. 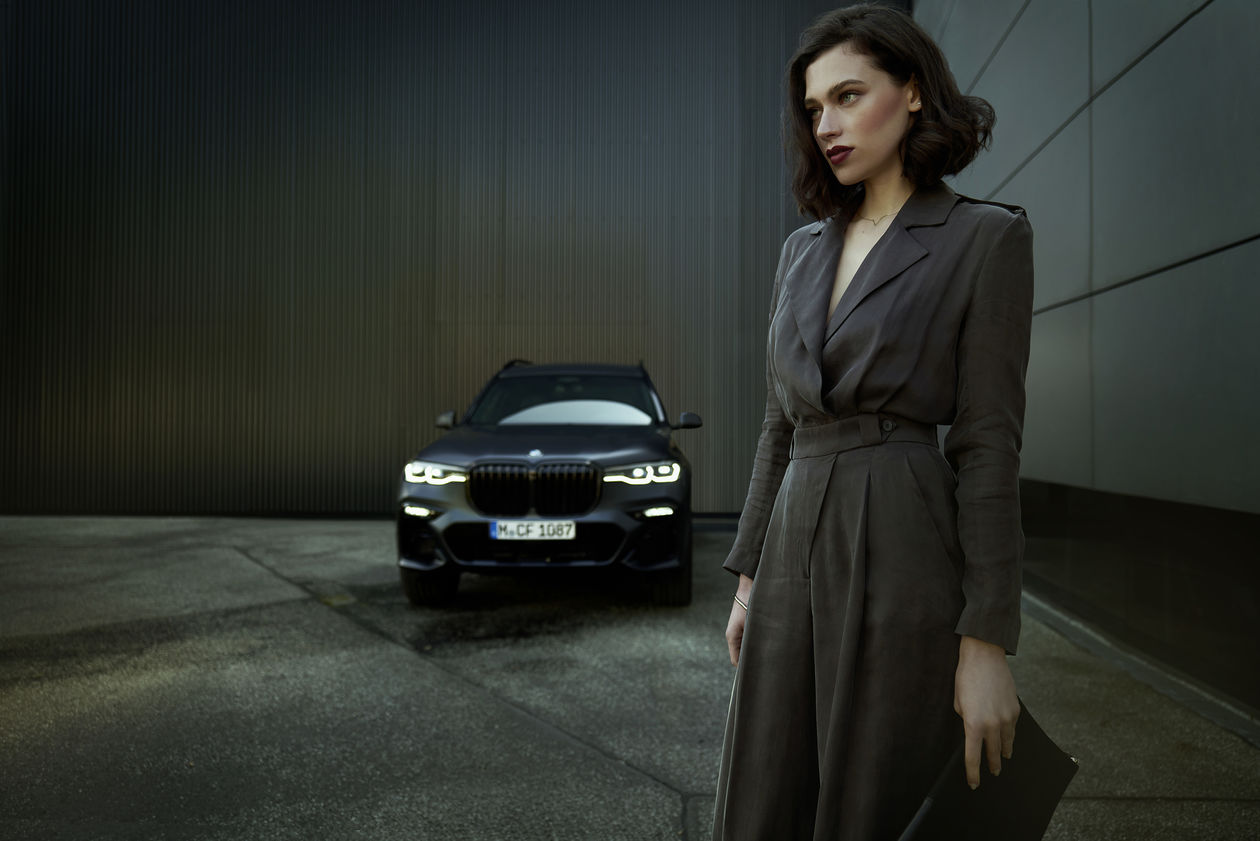