LACOSTE and Rapper ASAP NAST are proud to present you the L001 : An elegant sneaker, rich in history. As part of the Play Collective campaign launched in April 2021, Lacoste presented its new footwear silhouette.

Revealed by the renowned connoisseur of both the streetwear and fashion scenes, rapper and Lacoste fan A$AP Nast radiates his very own interpretation of elegance in this latest Lacoste footwear campaign. Tattooed onto his chest or embroidered onto his polo shirts, the performer, born as Tariq Amar Devega, “always carries the spirit of the crocodile.”


The stills and spot for the campaign were produced by TIGHTROPE PRODUCTION in Los Angeles for the agency BETC Paris. Co-producer was Kitten Production Paris. Director : Tess Lafia, DOP : Noah Deats. In front of the camera : ASAP NAST and his crew, aka model CoryAnne Roberts and American music producer Djavan Santos. Crocodiles play collective.

Sold under the brand name Lacoste are clothing, footwear, perfume, leather goods, eyewear, household textiles, watches, umbrellas and further accessories in the upper-middle price segment. The trademark of Lacoste is a stylized crocodile and is among the most well-known logos in the world. The company operates globally. Since the end of 2012, the previously family-owned business Lacoste has been in the hand of the Swiss Maus Frères Holding from Geneva, which held shares of Lacoste as a minority stockholder as early as the 1990s. GoSee : lacoste.com & 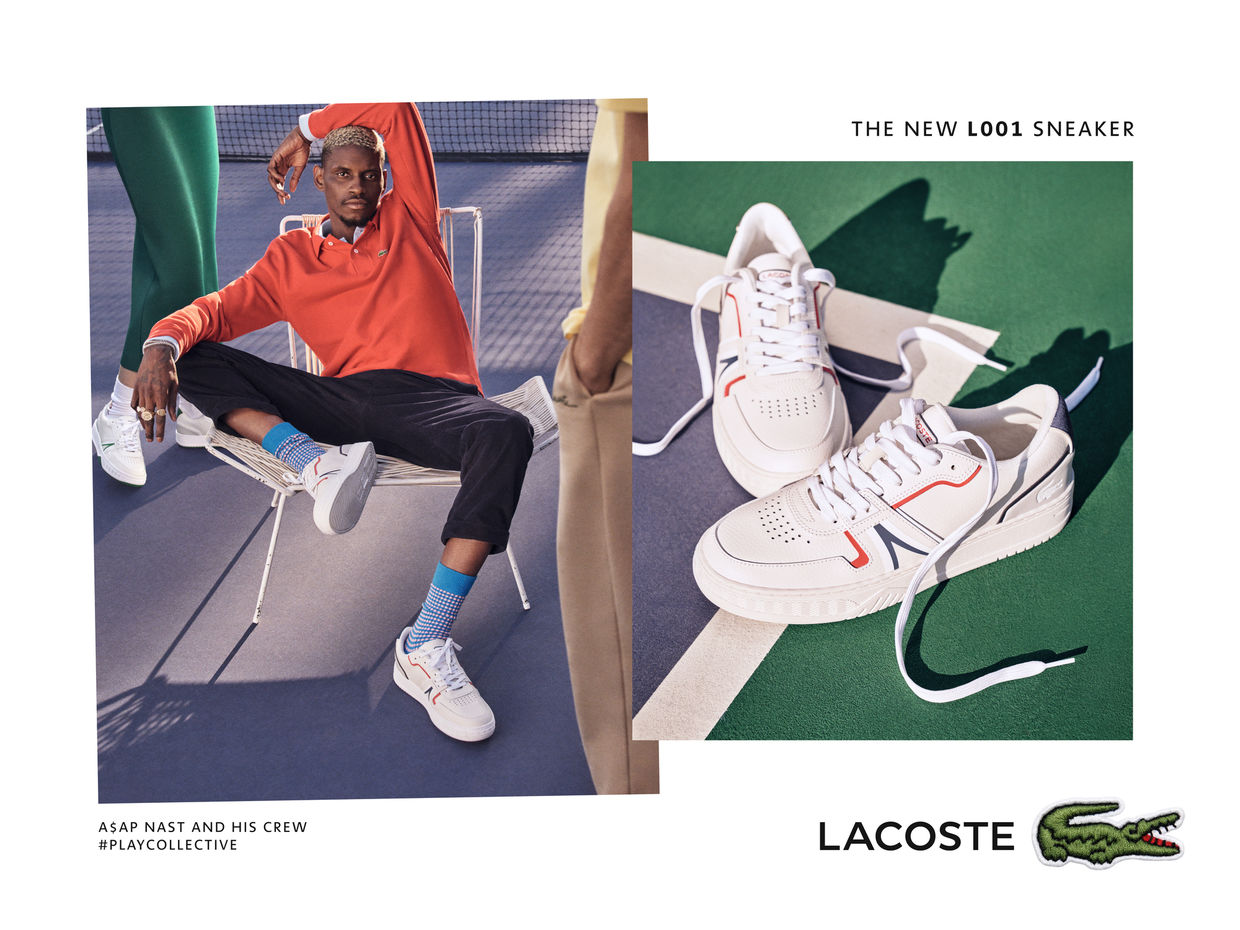 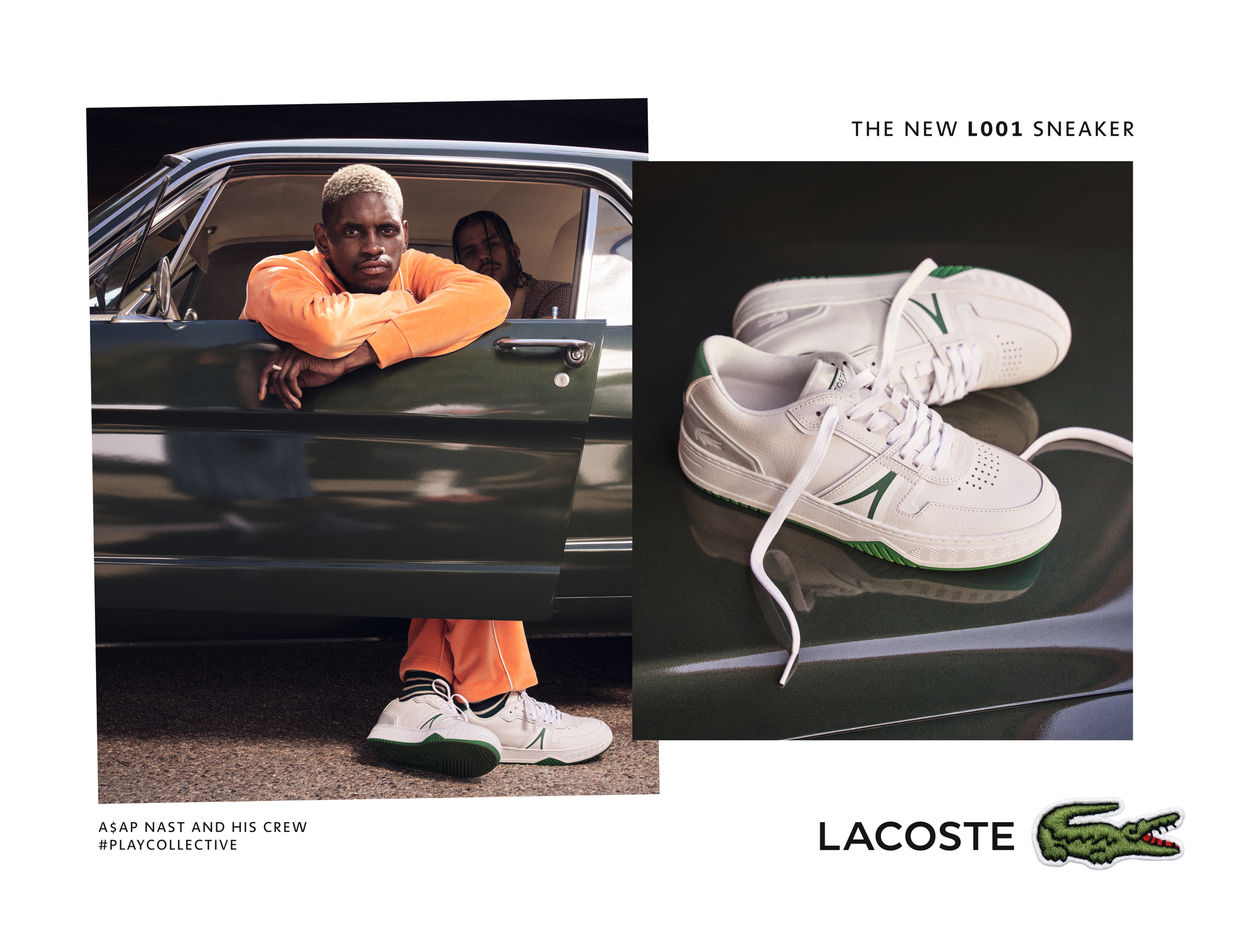 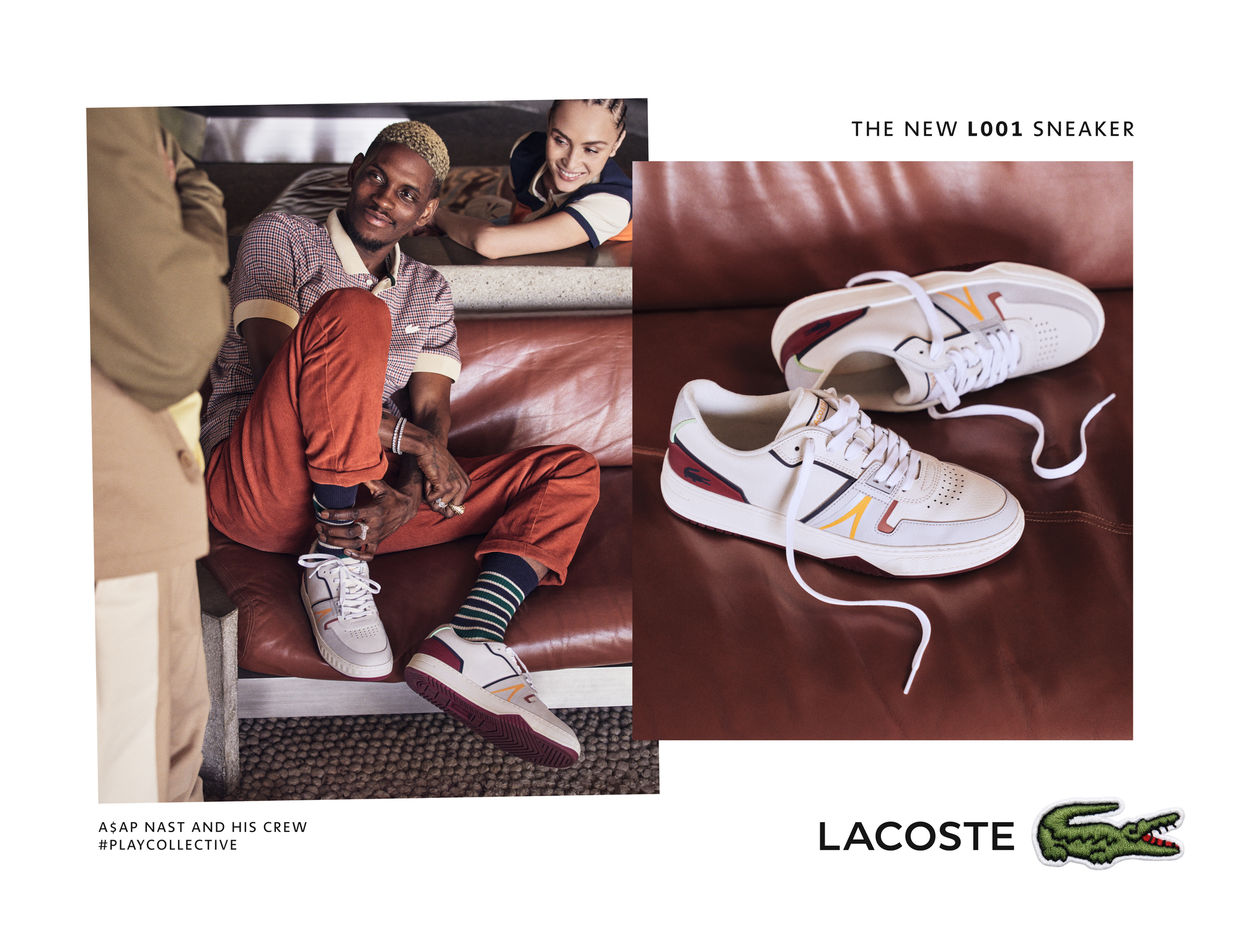 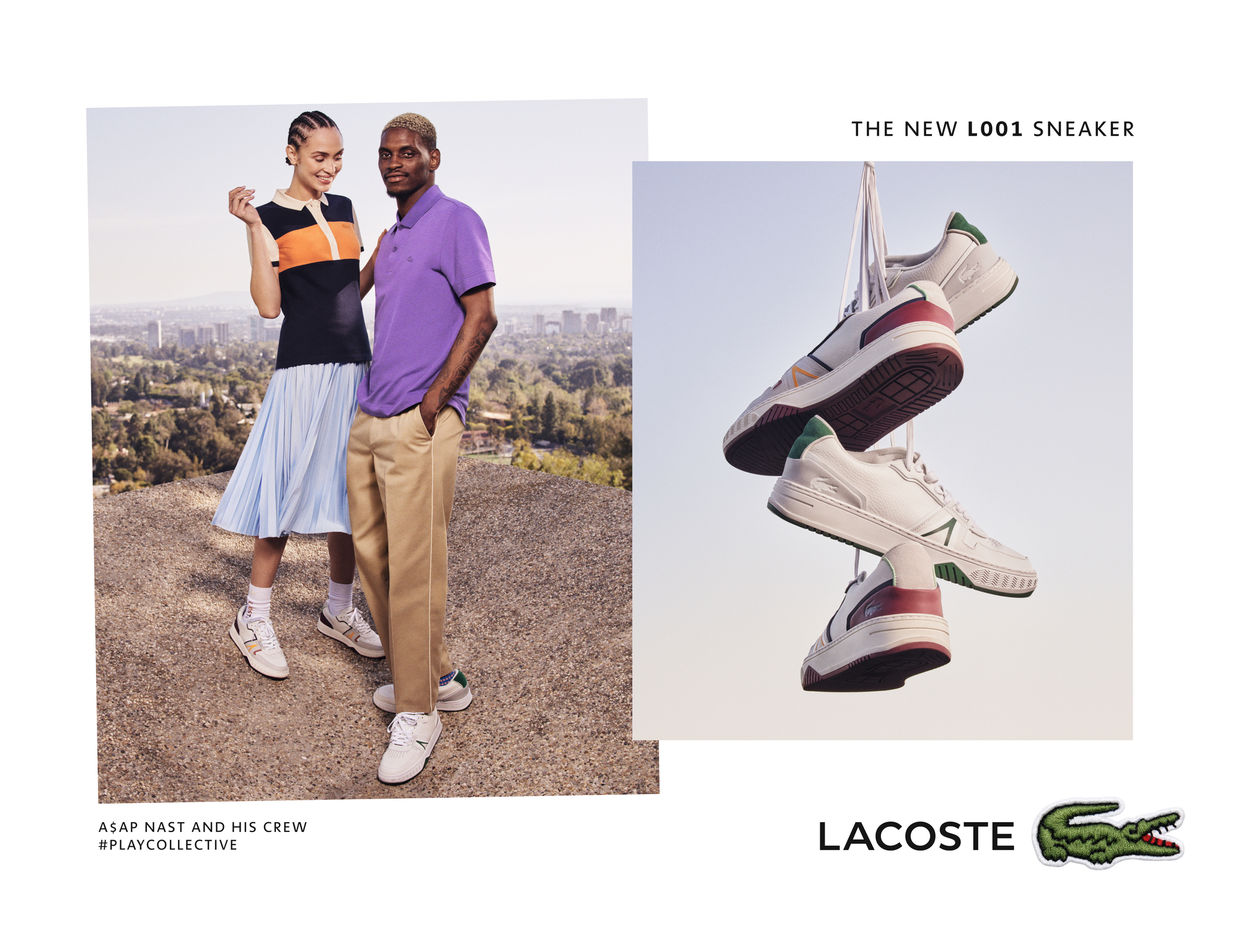