Shortly before the lockdown, OLI FRAPE c/o MAKING PICTURES was commissioned with an XL mural for a shoot with British rapper and presenter George The Poet for BENTLEY MAGAZINE. ‘A Climate of Change’ is the name of the poem by George The Poet, which the illustrator and hand-lettering artist put on glass.

“I was delighted to get the chance to work not only with Bentley magazine, but also on a piece written by George the Poet for this one-off, large-scale lettering piece. Lots of my lettering work involves very refined and considered letterforms which are illustrative or expressive in their nature. This brief was less about illustrative lettering, and more about immediate, conversational and hand-written typography – to create the illusion that the wall of lettering was written by the author himself as he thought of it. I settled on a cross between my own hand (in caps) and a looser, sign-writer casual style. This enabled me to fill the large piece in a relatively short space of time and captured the immediacy required in the brief.” 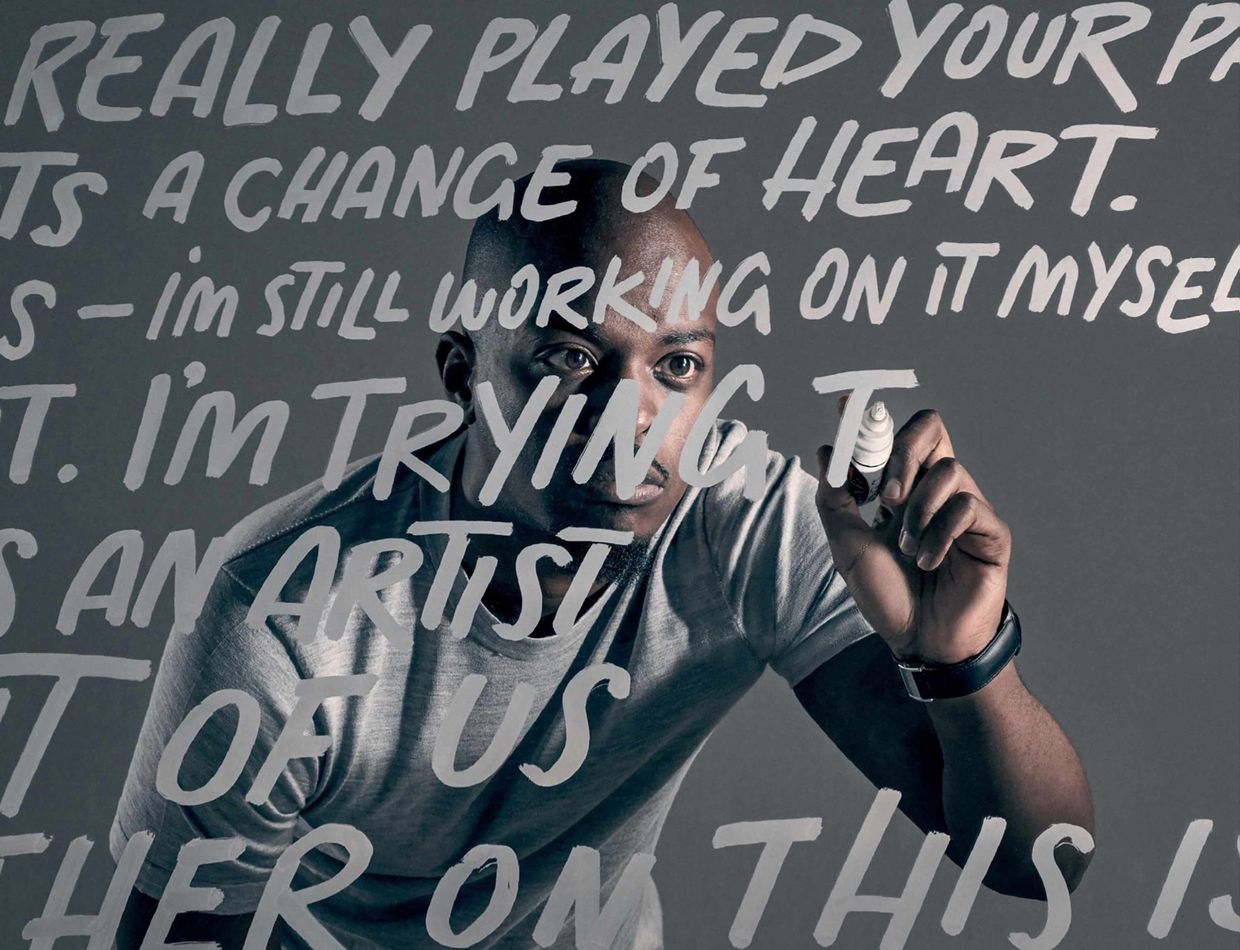 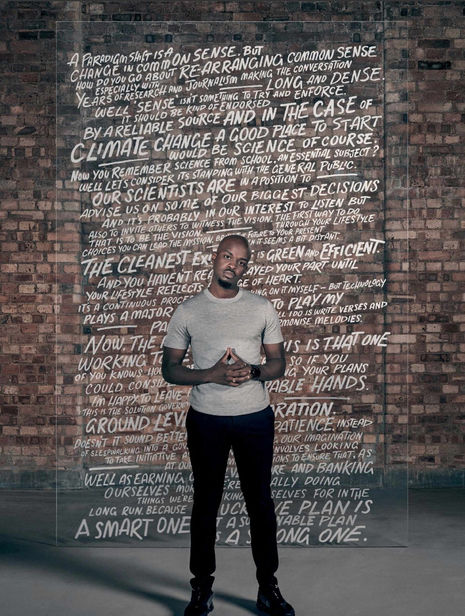 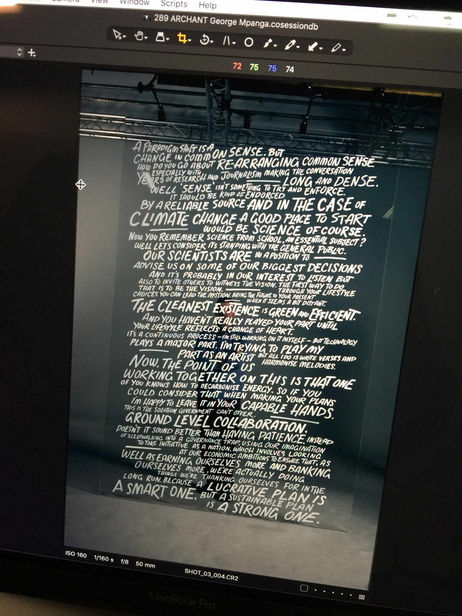 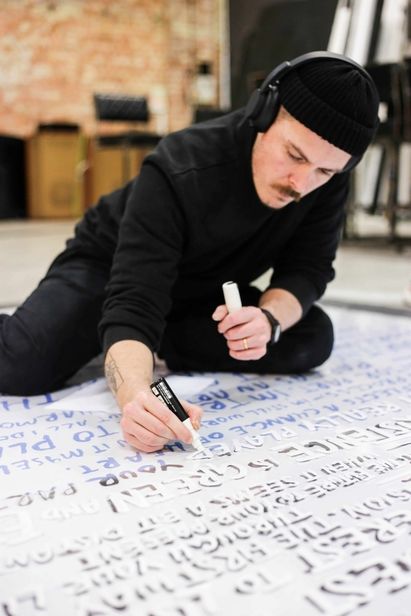 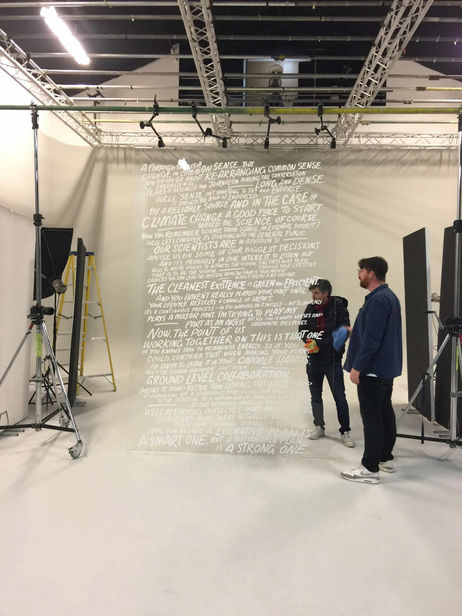 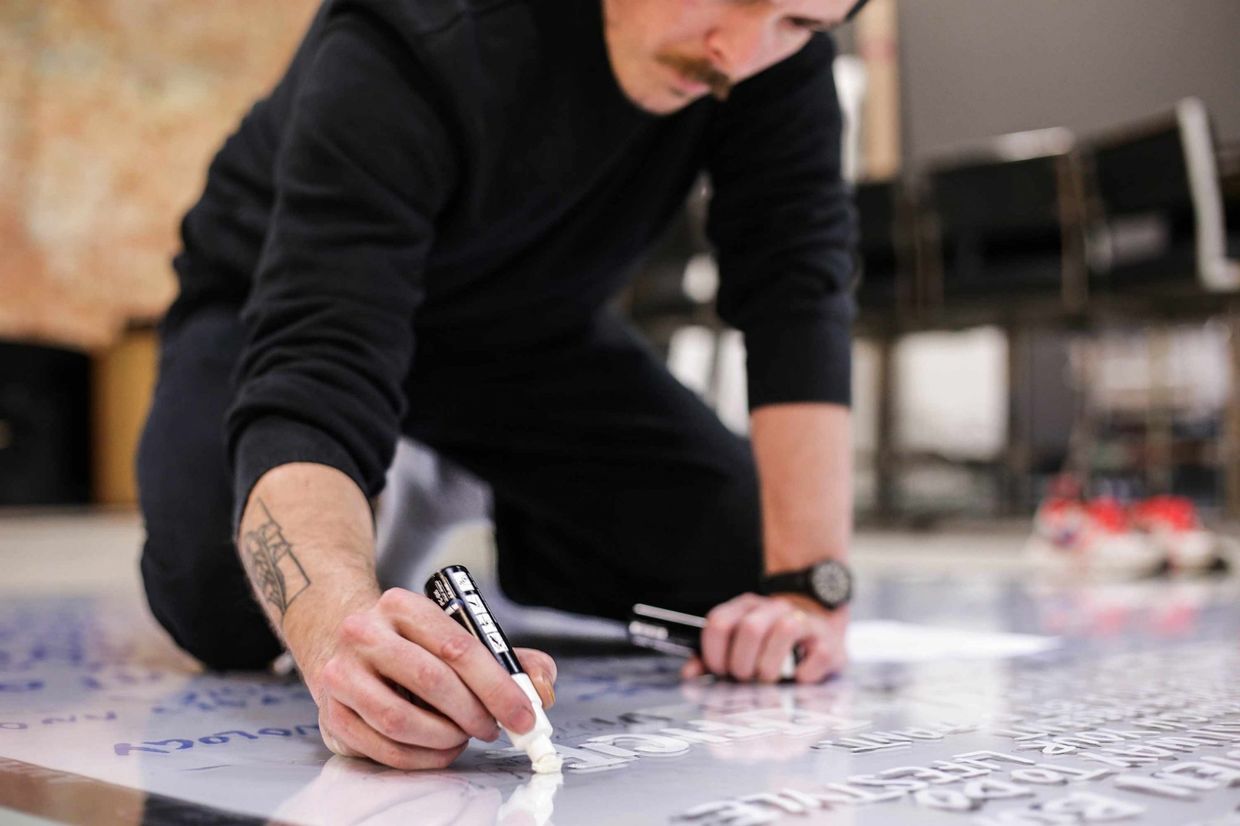