The graffiti artists from Agentur artmos4 design a façade and interiors with graffiti upon client request to create an atmosphere out of a (spray) can, so to speak.

PRIME FORCE FRANKFURT deals primarily with topics concerning IT. So the graffiti motifs were also needed from this area, accordingly. The concept chosen was that of game figures such as Pac Man, Donkey Kong, and Super Mario in combination with graffiti tags. A bit of regional flavor on a further surface with the Frankfurt skyline was also a must.

artmos4 designed a façade for the RADEBERGER GROUP and its partner Bowl for Fun in Langen. Image elements from bowling were combined with the Pepsi Max logo and the Frankfurt Skyline.

AMAZON wanted a bit of local flair. The first brief, which described a possible motif depicting a crumbling wall, then turned out to be a colorful skyline of Berlin. The team was busy designing the large metal surface over the course of several days.

Ethno IQ GmbH likes it athletic. For the fitness room, a wall was sprayed with the 4BRO logo, the box broji and several background tags. The client pure! moved into new office space and commissioned artmos4 with graffiti. After a brainstorming and design phase, pure! decided upon street art-style work.

As the oldest graffiti agency in Germany, it has been designing façades, rooms and objects for more than 20 years. “Our clients benefit from our many years of experience: They can rely on a tried-and-trusted team and smooth production.” 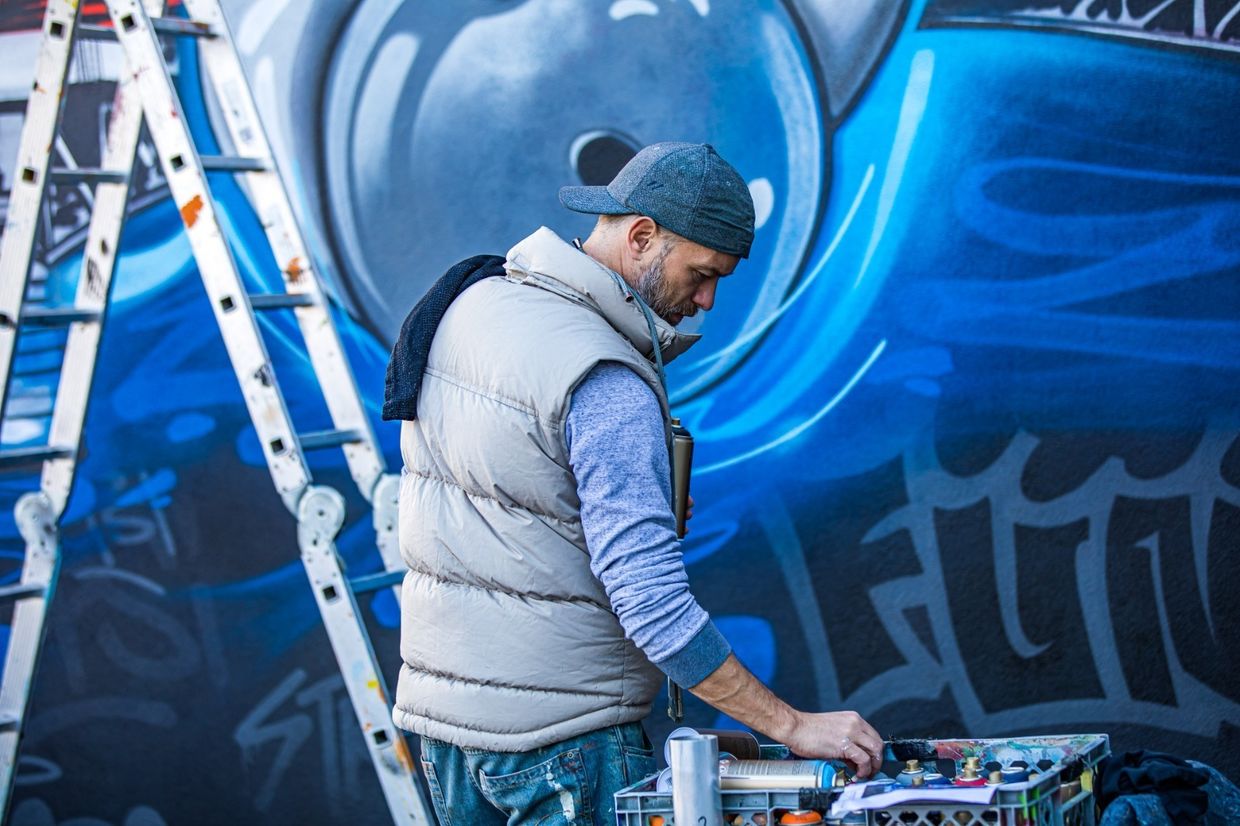 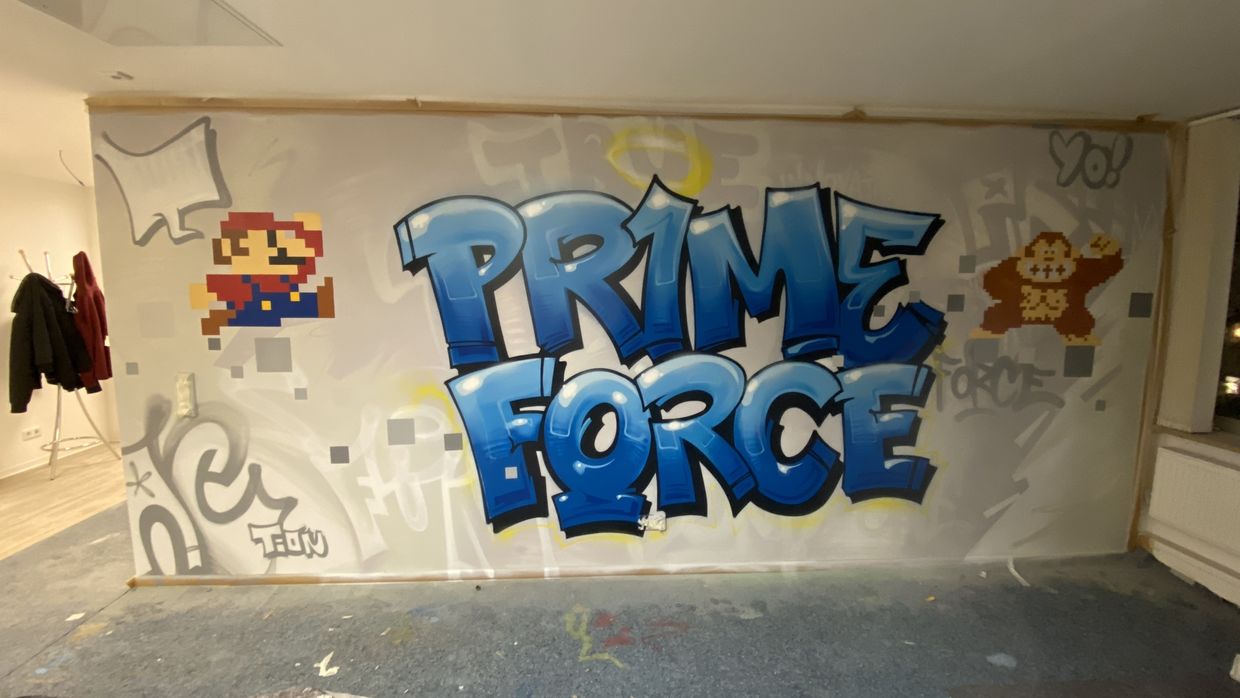 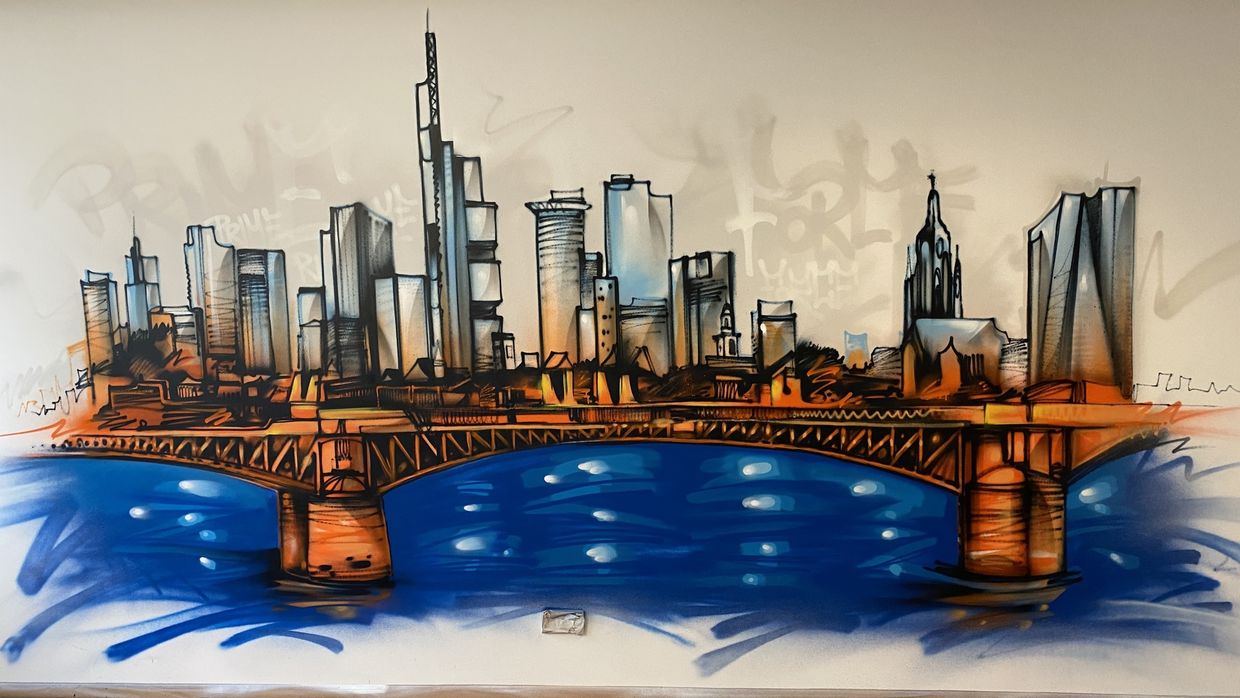 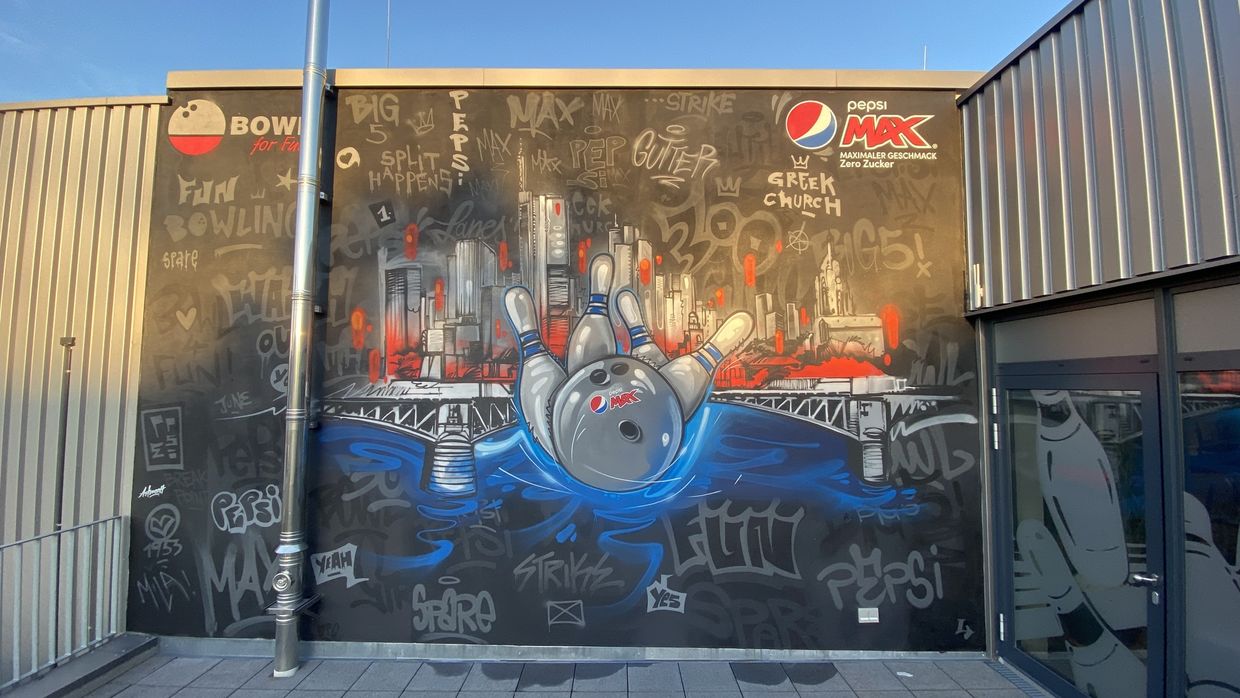 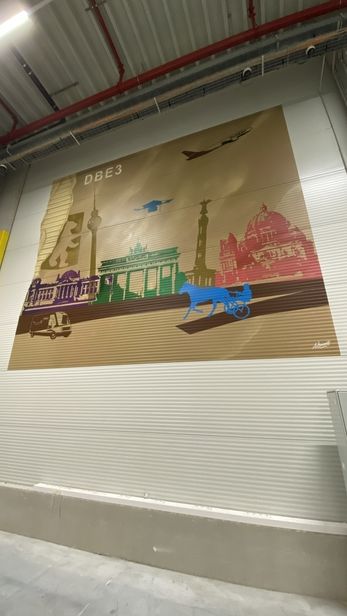 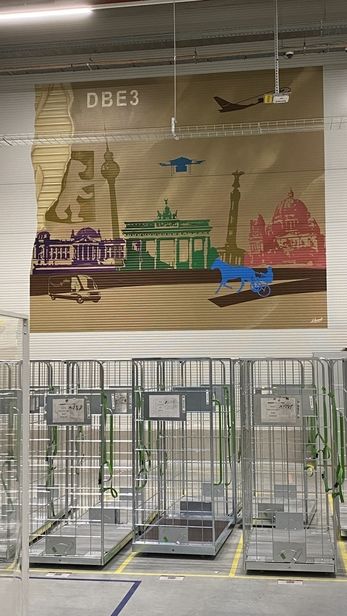 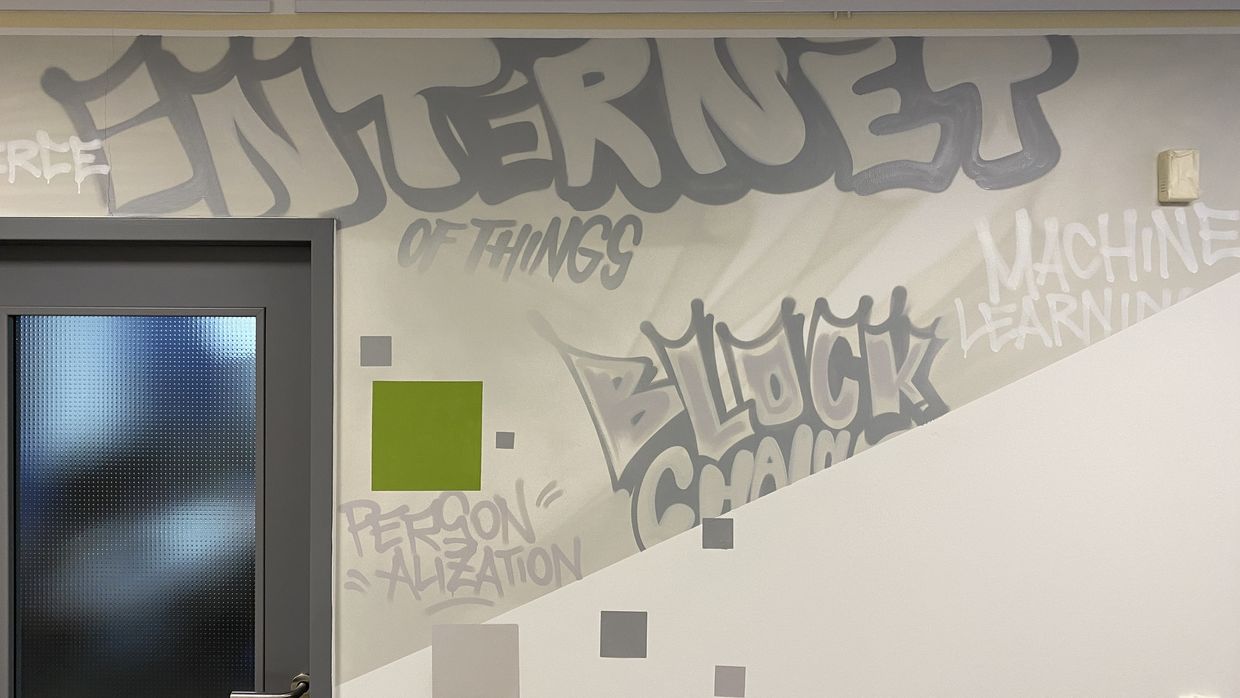 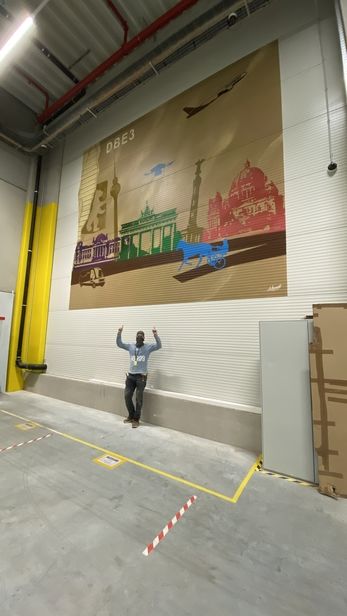 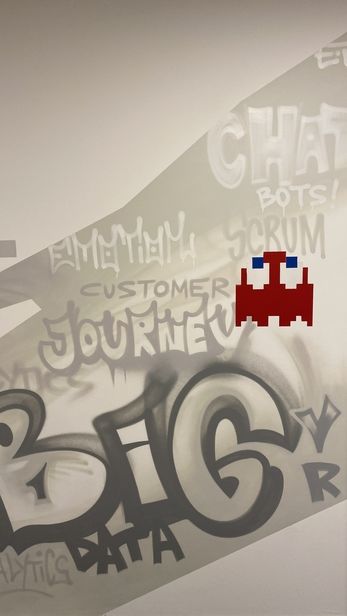 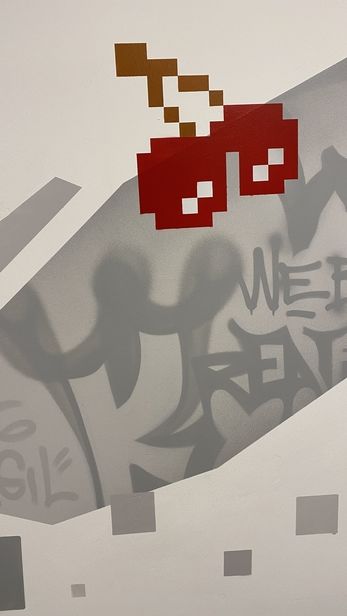 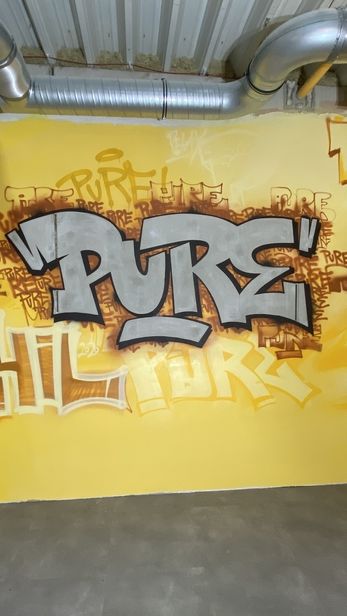 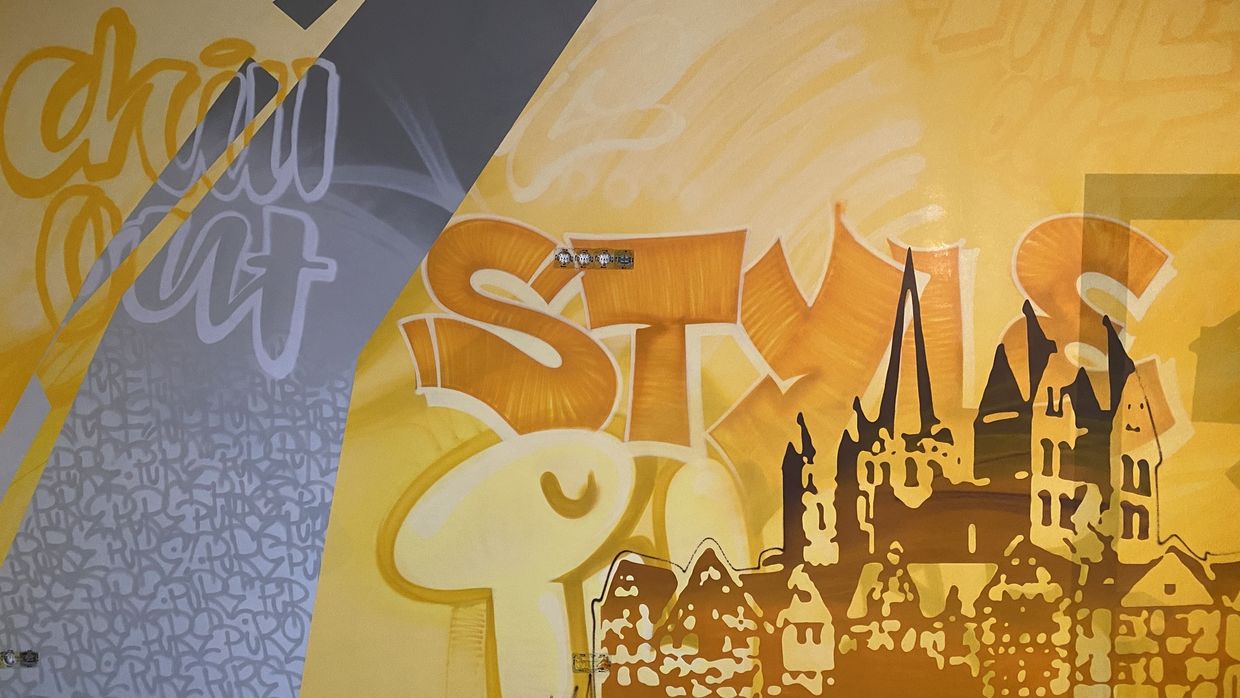