Everybody knows Nivea. Marcus Dörr from graffiti artist agency ARTMOS4 was commissioned to design a fairly long metal wall at the production factory of Beiersdorf Manufacturing Hamburg GmbH. Initially, the motif topic consisted only of the key words products, art & info graphics. What resulted was an image composition made up of the logos on Nivea cans plus integrated dates of years and technical elements. And it was all realized as a historic overview.

4BRO Ice Teas, Energy, Chill Mint, broji balls… The idea was actually to spray an indoor surface in graffiti style, then the client’s passion came into play. Marcus designed several walls for Ethno IQ GmbH and was involved in the development and realization of the broji characters. They now adorn the walls and were dominantly published on the packaging.

Facade designs and interior concepts are two of the areas of expertise at ARTMOS4. “The DRK Educational Center for Care Professions in Berlin contacted us because the student floor needed to be renovated soon. The logo was supposed to be painted on the wall between two classrooms by a sprayer, for which a catchy motif had to be created. Besides the Berlin project, the sisterhood of the Red Cross and DRK from Frankfurt called us. They wanted us to realize the striking images from Berlin in a similar way but also needed a flying nurse as a graffiti figure.”

In Berlin Kreuzberg, they were commissioned by Auxilium Holding GmbH to design two knights. The client is a descendant of old royal lineage. The black knight bears the coat of arms of this family.

The Loop5 shopping center in Weiterstadt wanted something colorful, and artmos4 was commissioned by the agency AD MISSION to come up with a concept on the topic of a selfie wall with angels wings. The area has been well frequented by visitors, and social media portals now have a few megabytes more to store.

DEUTSCHE TELEKOM AUSSENDIENST GMBH wanted to spruce up an interior wall at the Berlin branch. The brief was to create a motif depicting field technicians at work. The design techniques include spraying freehand, and the middle part was realized using foil stencils. Finally, Marcus from AGENTUR ARTMOS4 presents his personal work ‘Squabblers’ on the relentless pandemic. 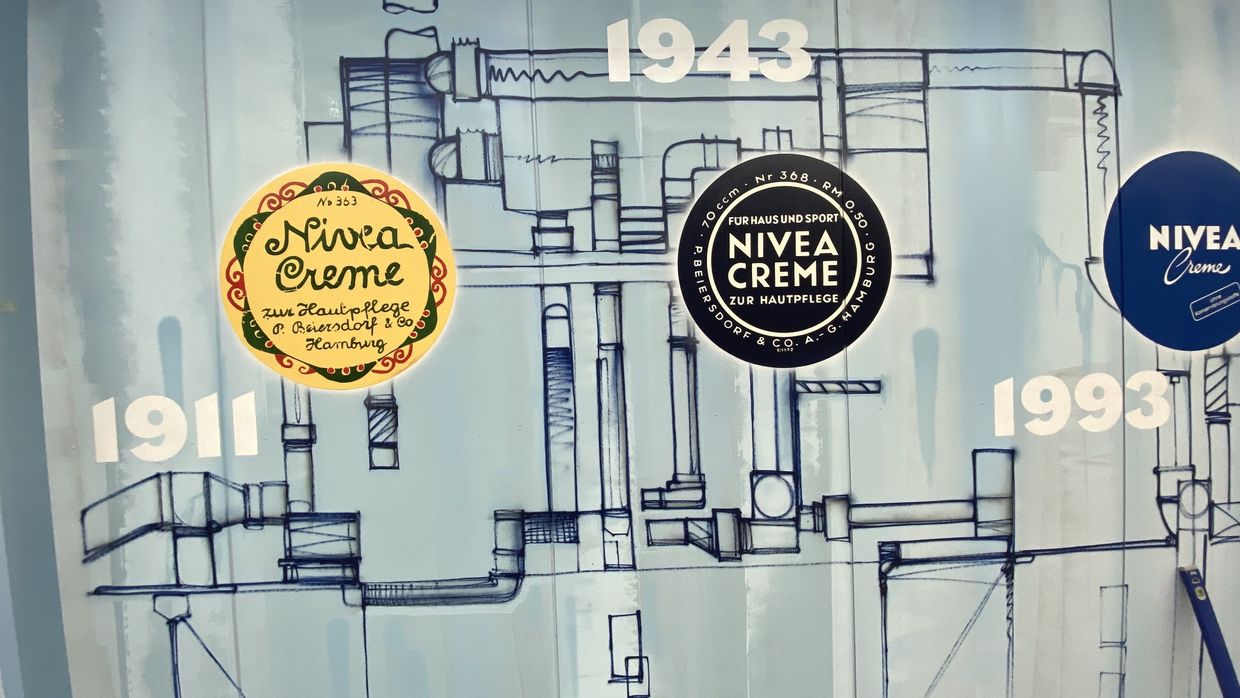 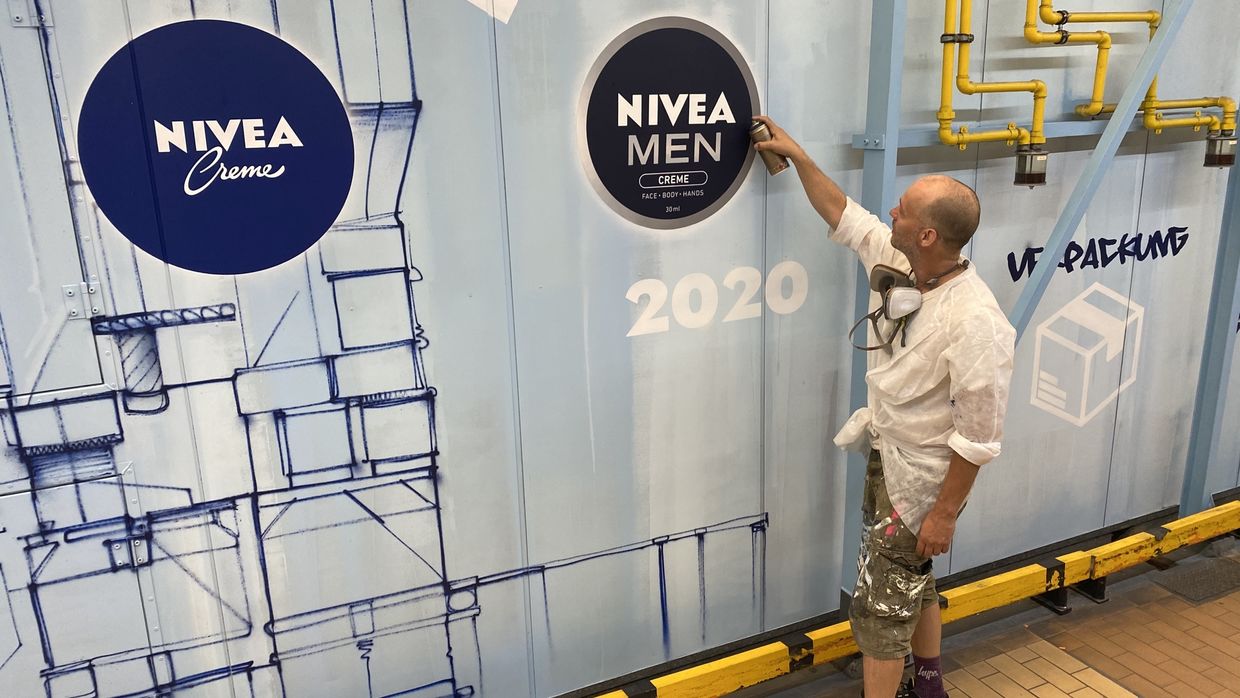 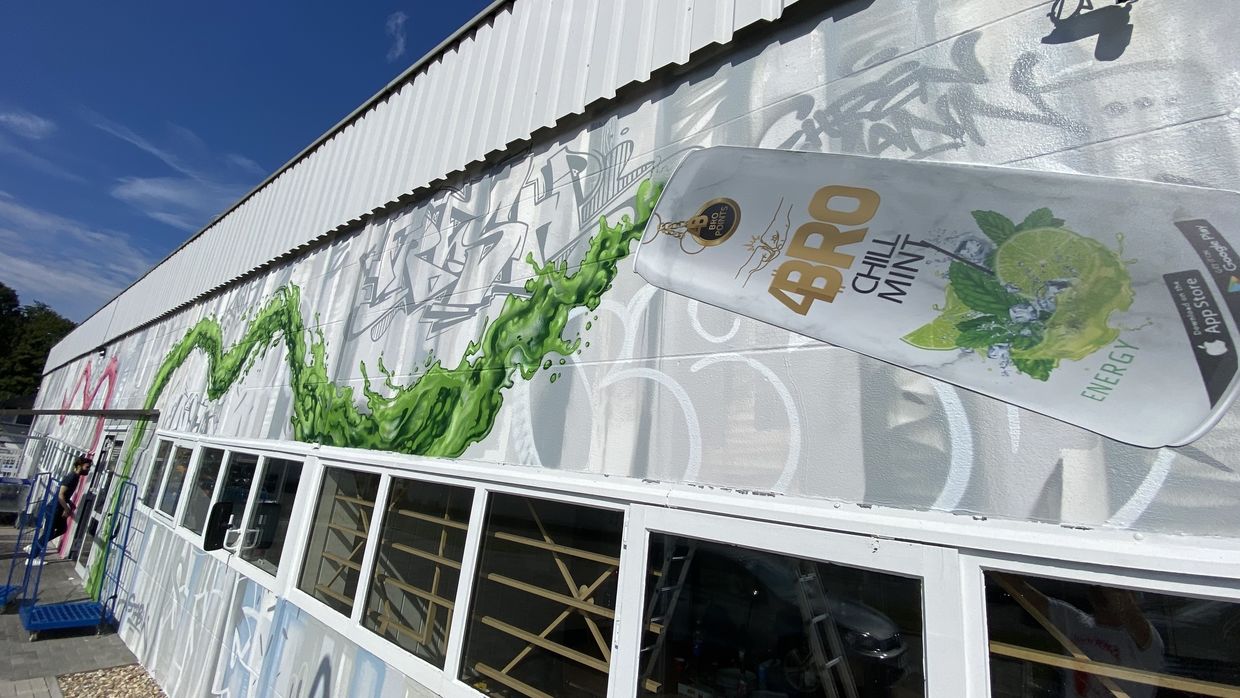 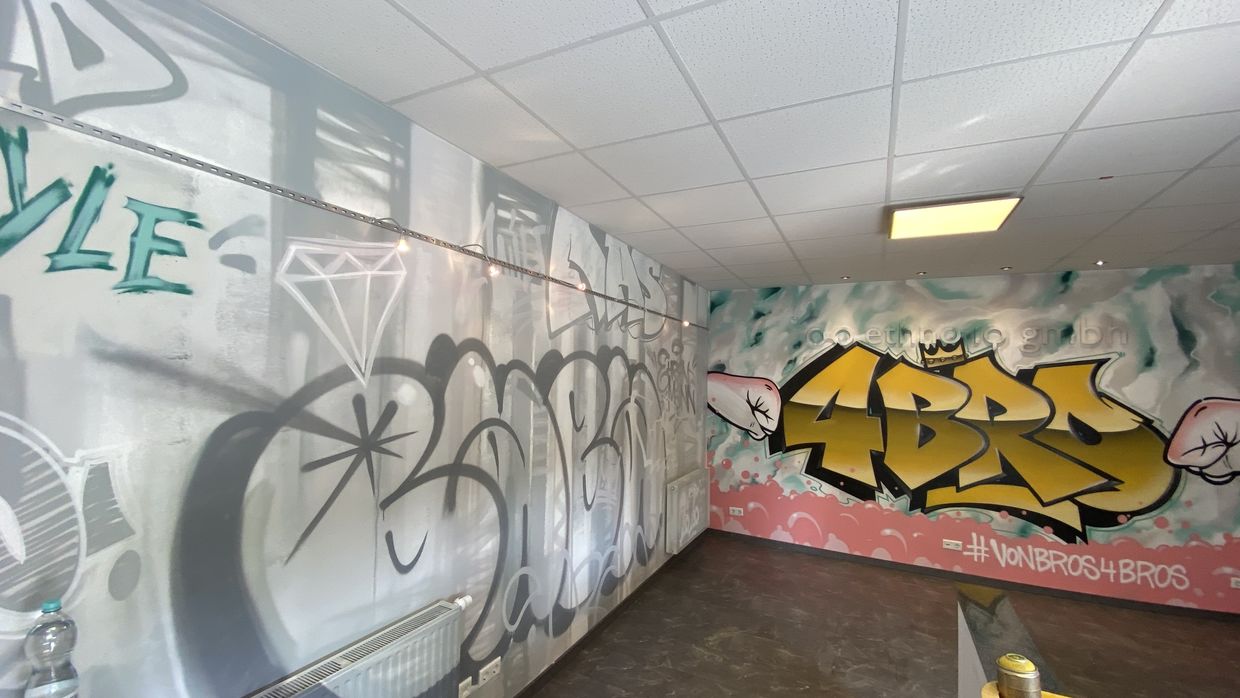 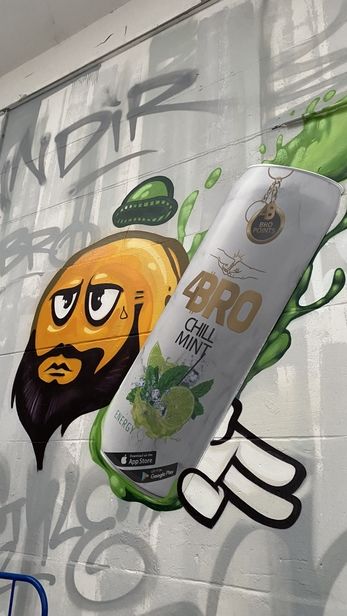 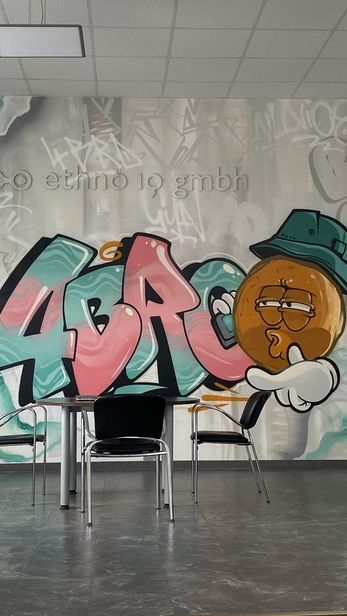 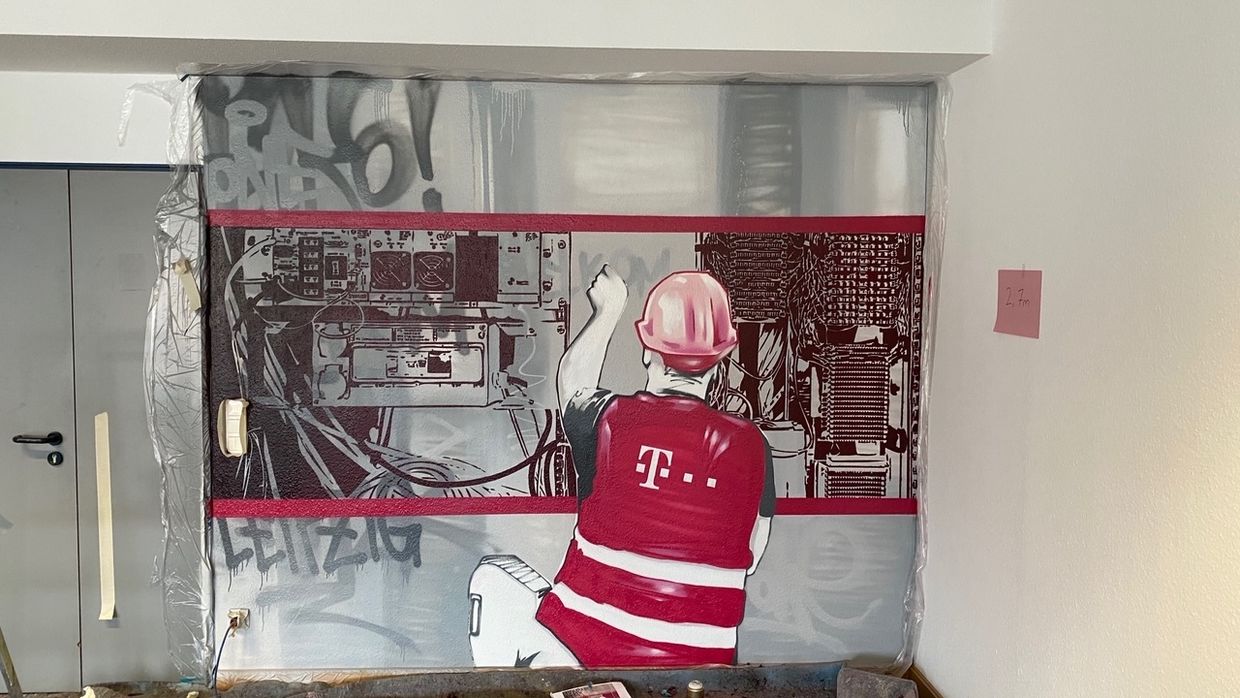 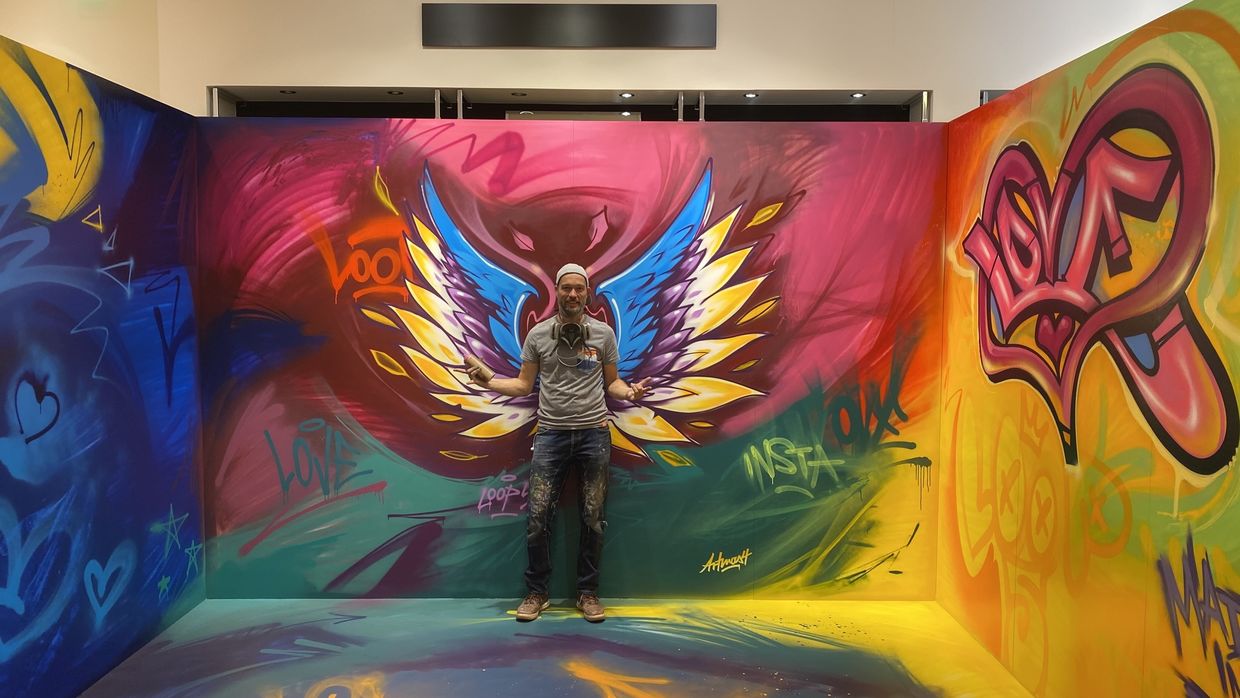 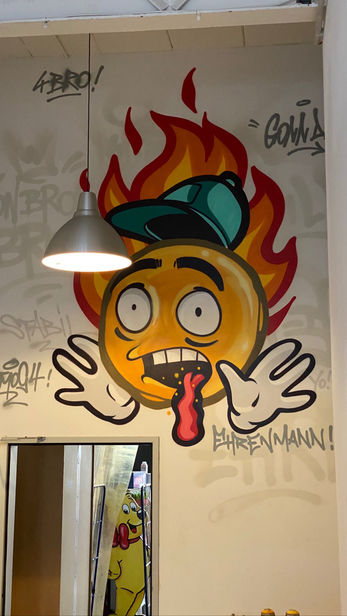 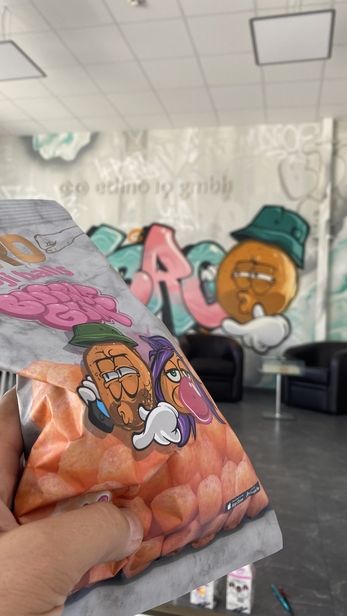 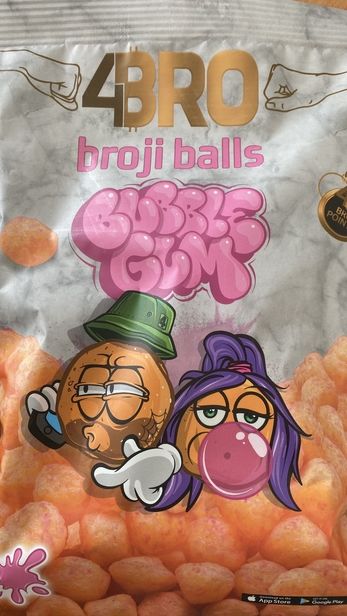 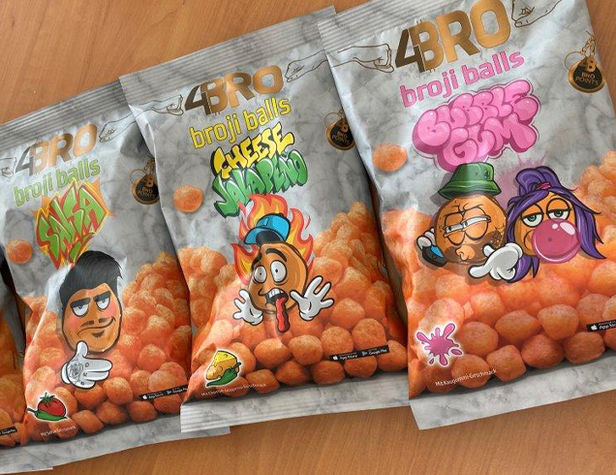 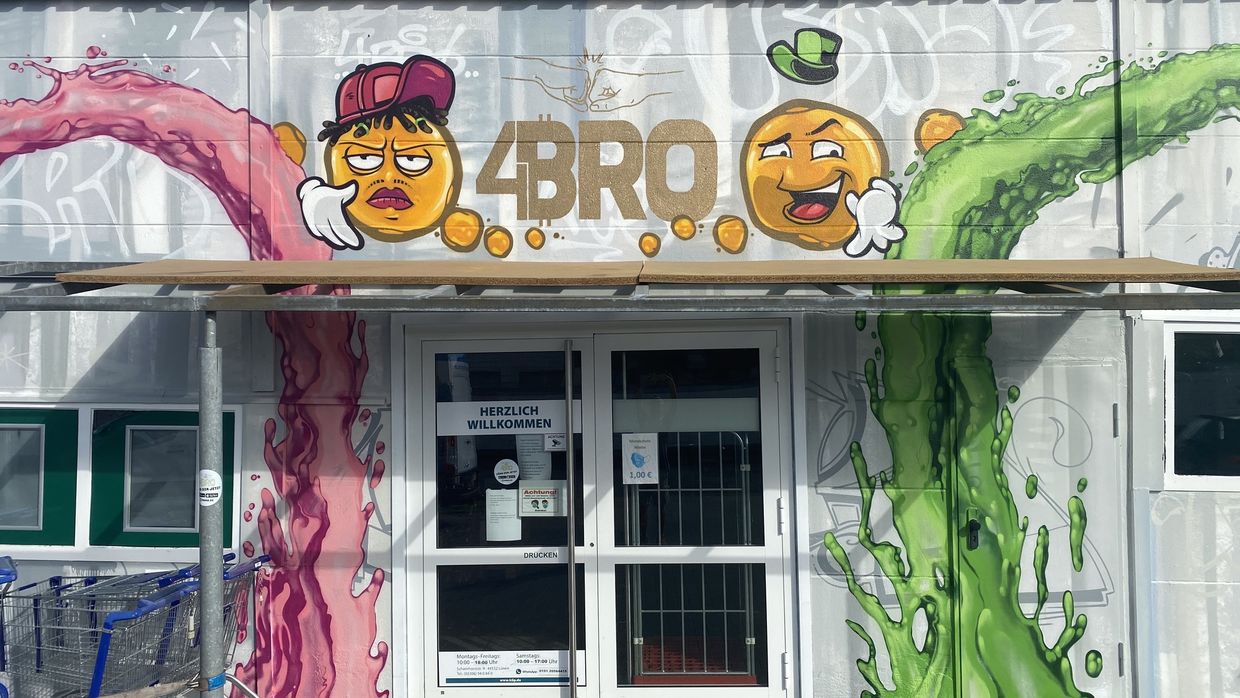 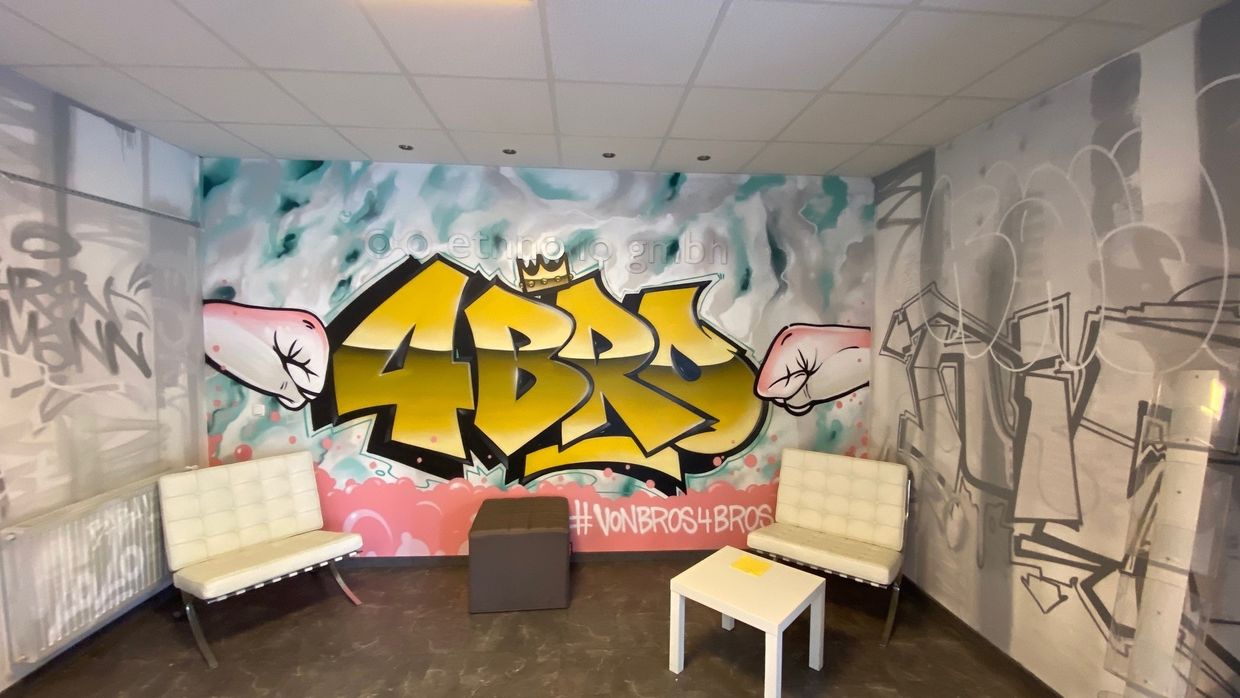 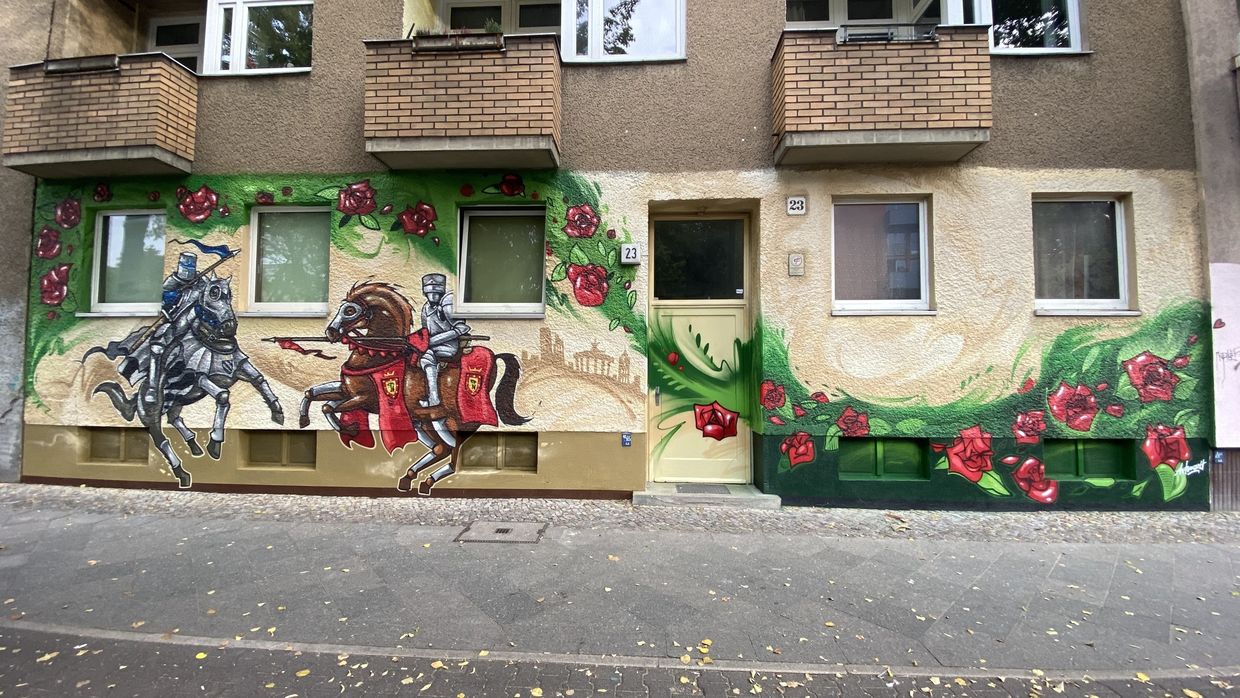 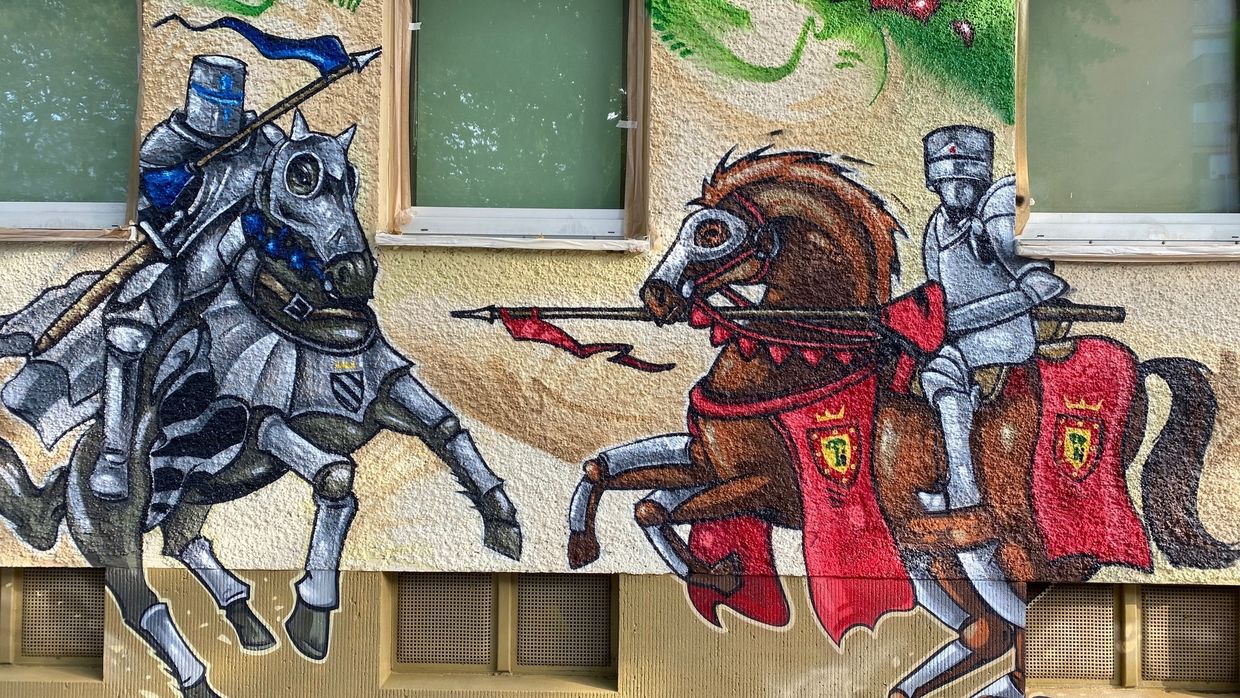 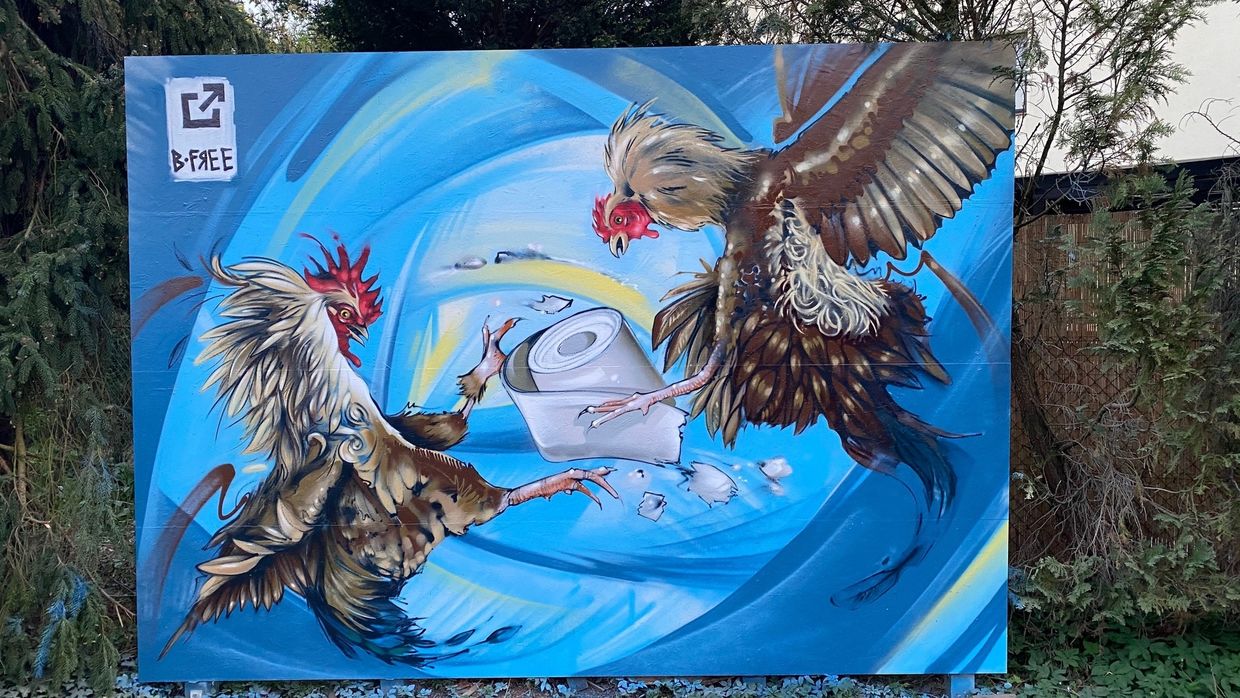