For SALON magazine, Wolfgang STAHR c/o NERGER M&O visited Villa Polissena in Rome. He was a guest of owner Mafalda Princess of Hesse and her significant other, the artist Rolf Sachs.

The Roman Villa Polissena was built in 1926 and named in honor of Polyxena of Hesse-Rheinfels-Rotenburg, Queen of Sardinia. King Victor Emmanuel III of Italy gifted the palace to his daughter, Princess Mafalda of Savoy, for her wedding with Landgrave Philip of Hesse-Kassel. When the Princess died in 1944 at the concentration camp Buchenwald, the Villa went to her children and, in particular, to Prince Henry of Hesse-Kassel, who lived there until his death in 1999.

Mafalda of Hesse grew up at Panker manor near Kiel as the great-granddaughter of Emperor Friedrich III and the great-granddaughter of Queen Victoria, she studied scenery and costume design in New York, modeled for Giorgio Armani, and has lived in Rome for 26 years. Villa Polissena, which the fashion designer who found her calling at a later age moved into with her four children following three marriages and relocating several times within the city in 2000, was given to her by her grandparents Mafalda di Savoia and Philipp of Hesse, as well as her uncle.

SALON MAG in the PODCAST announcement : “Villa Polissena, which is surrounded by a beautiful park, was built in 1922 by Mafalda’s grandfather. Rolf has now brought contemporary art and designer furniture with him. A conversation about the burdens and pleasures of coming into an inheritance, the secret behind good guest rooms, and the advantage of moving in together in the third stage of life.” The home story from Villa Polissena appeared in SALON issue no. 27. 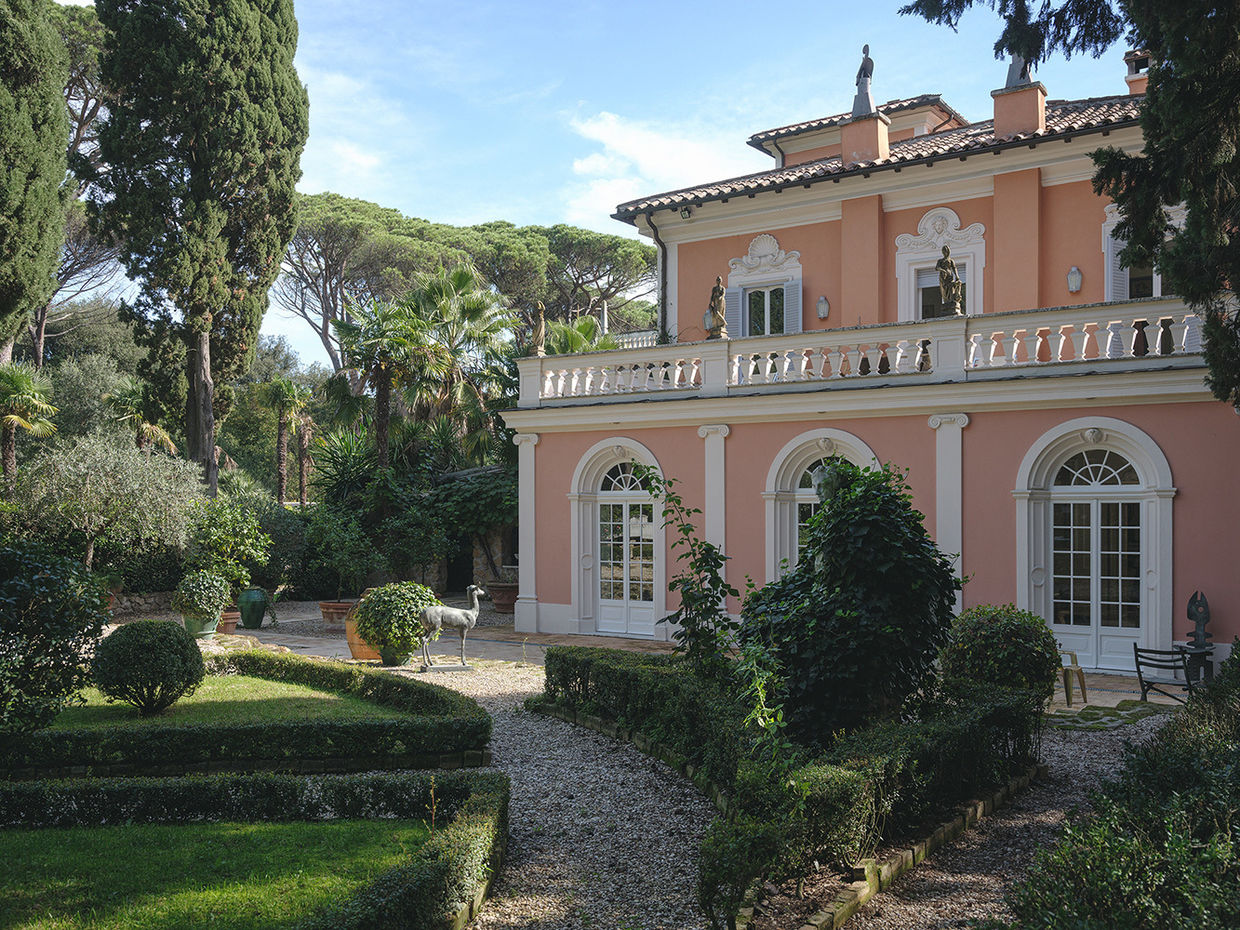 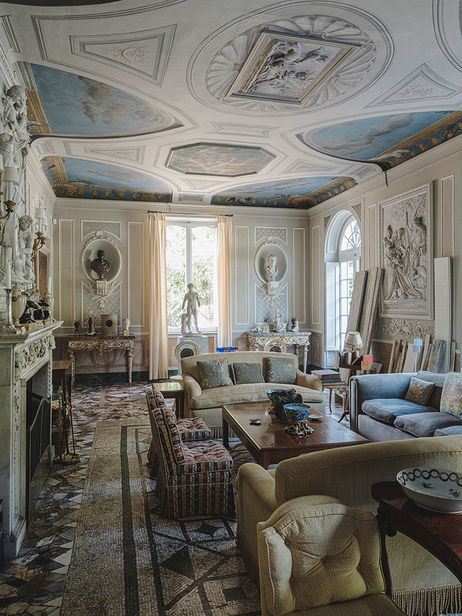 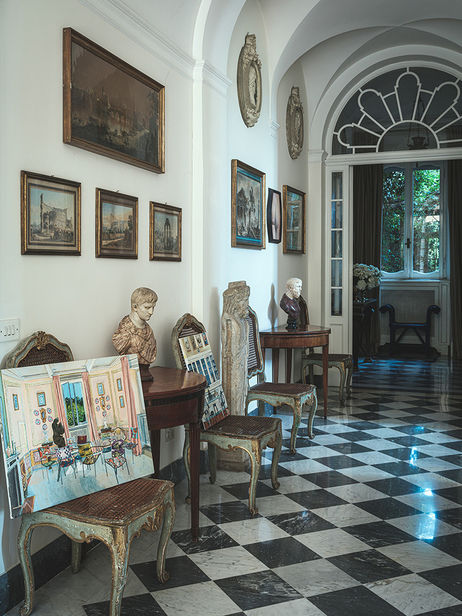 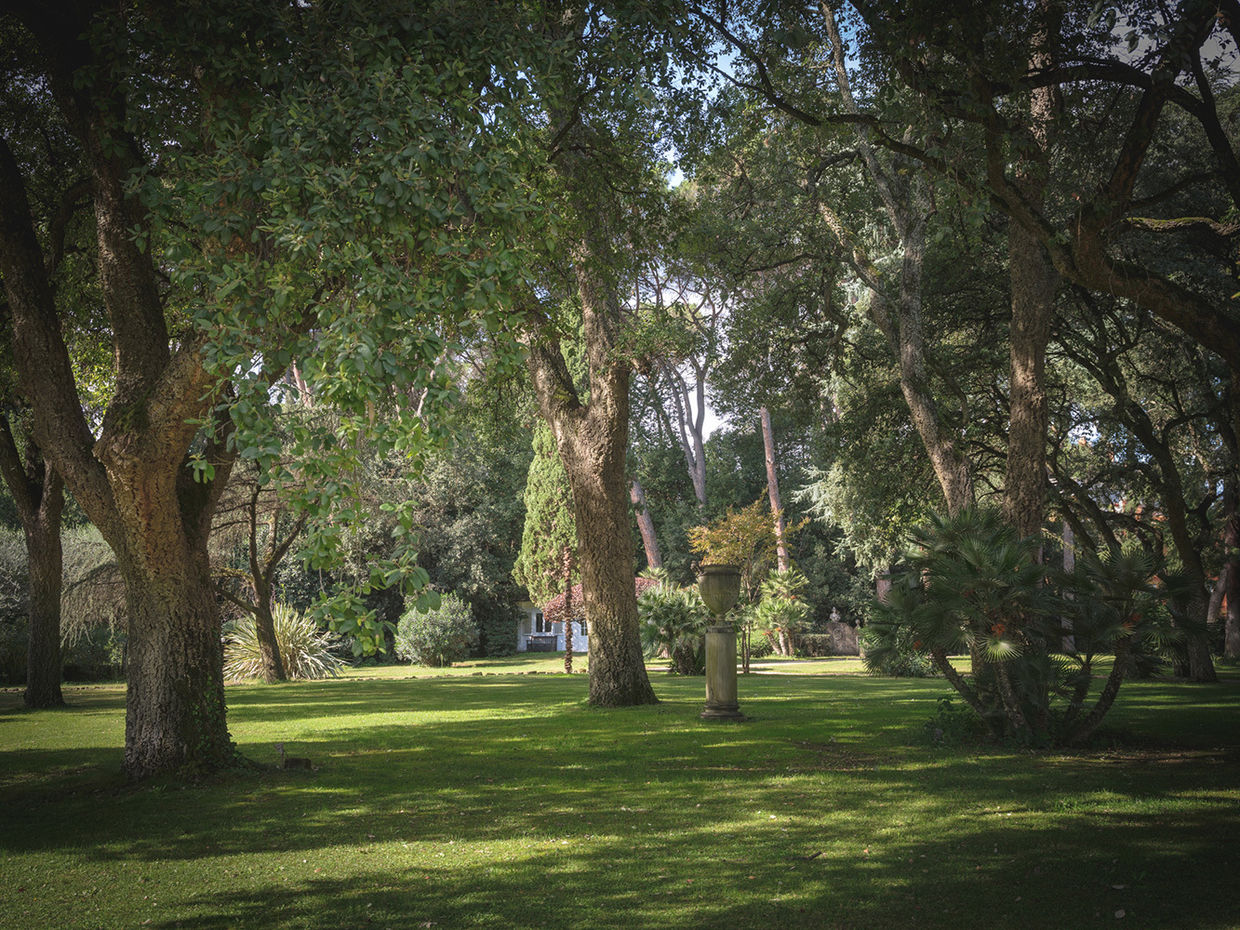 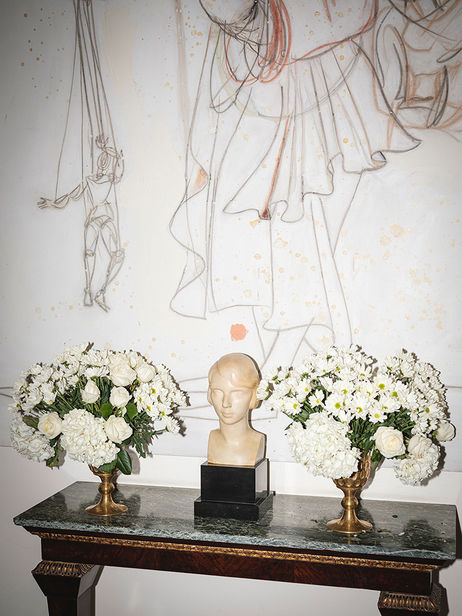 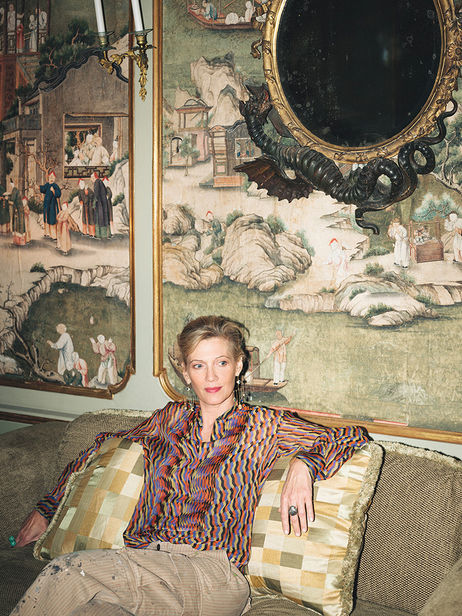 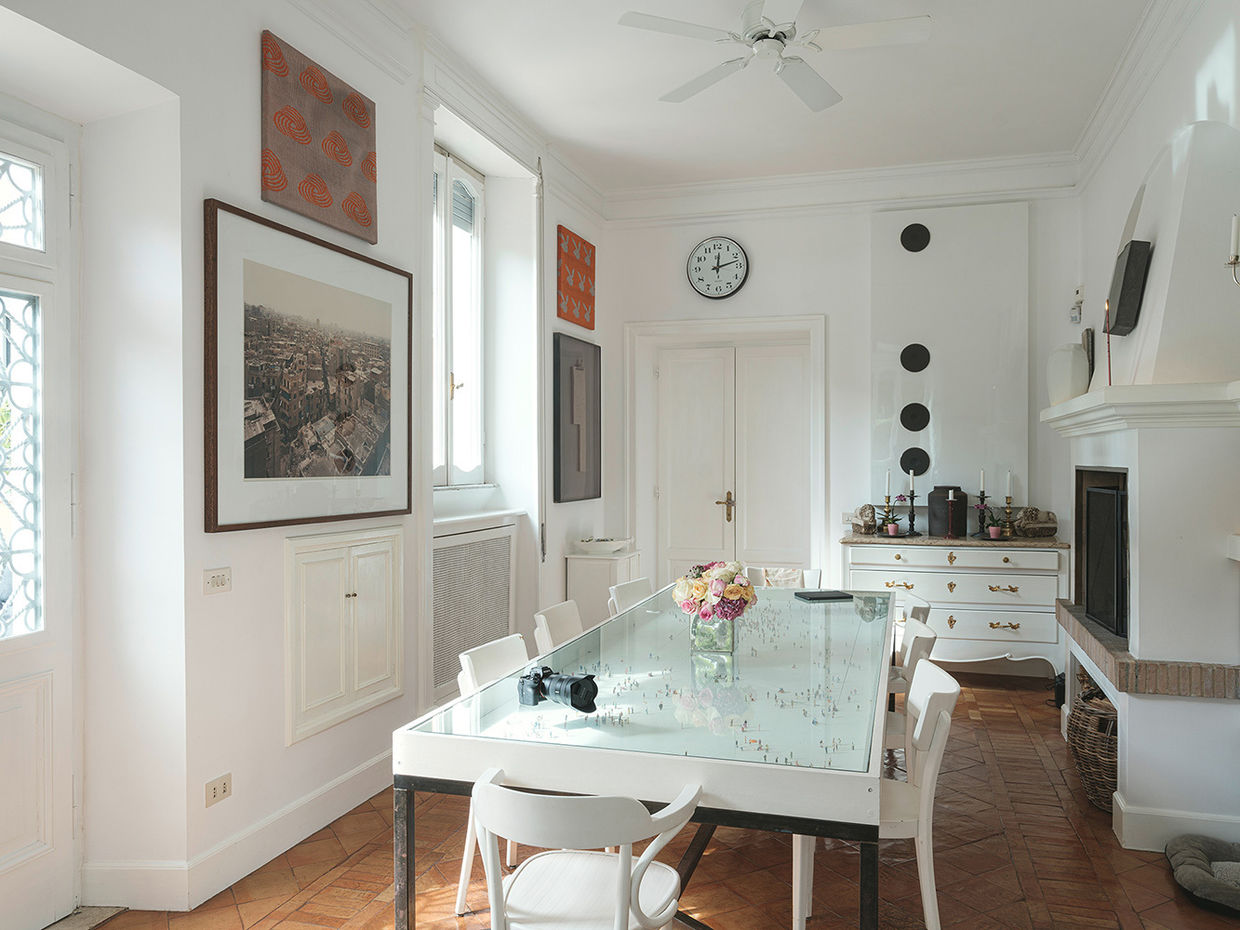 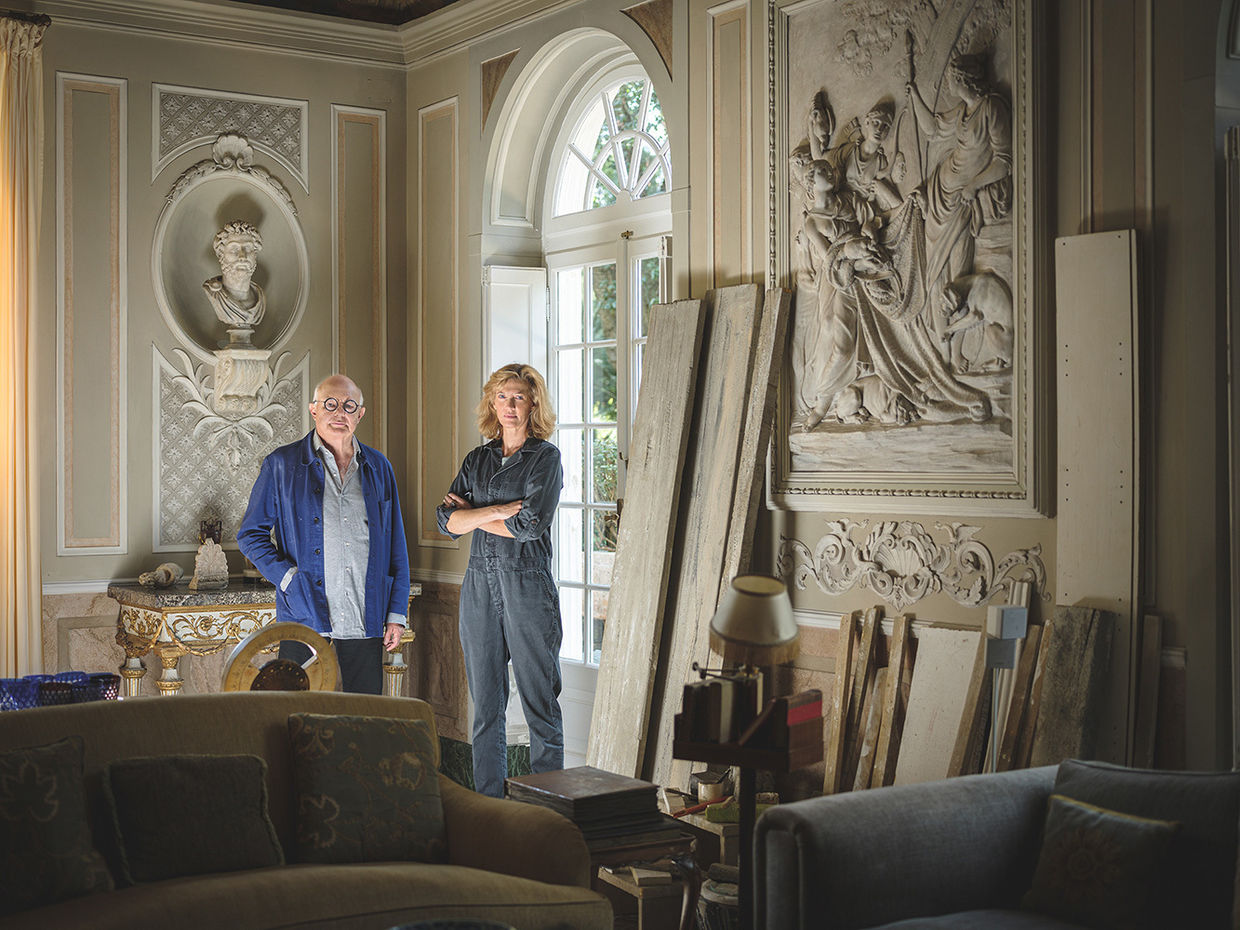 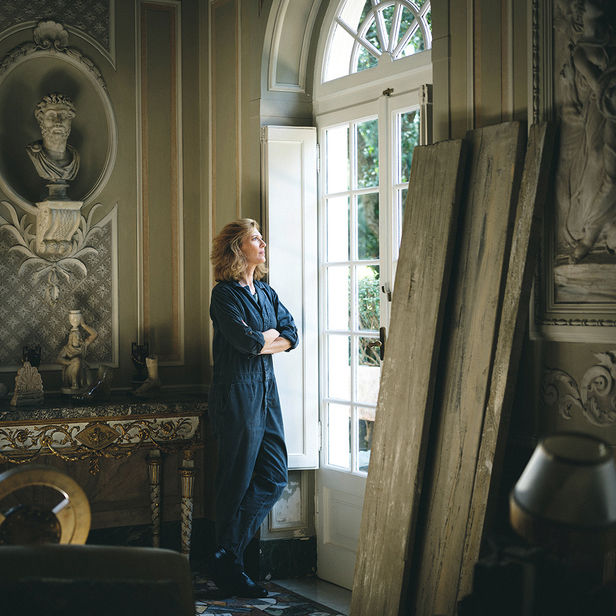 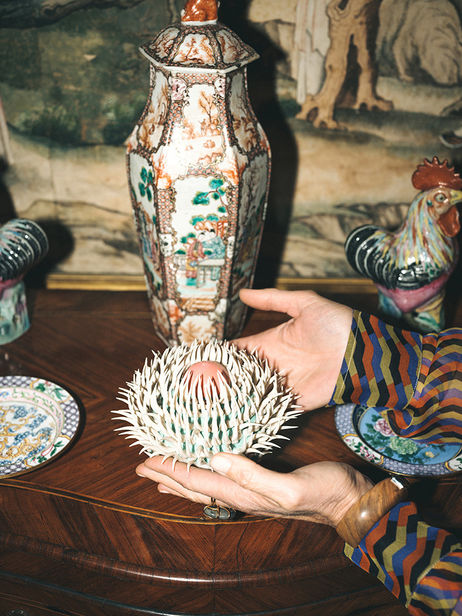 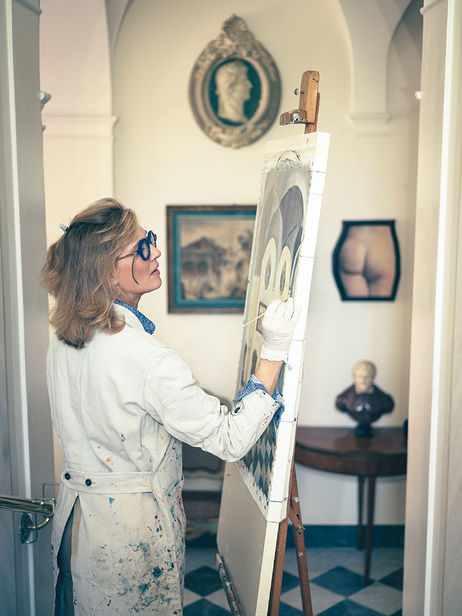 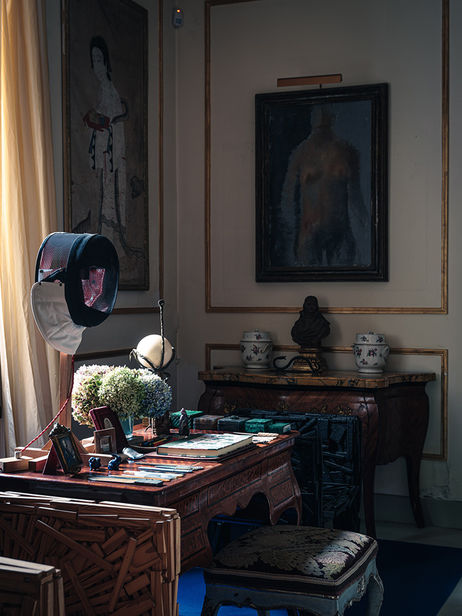 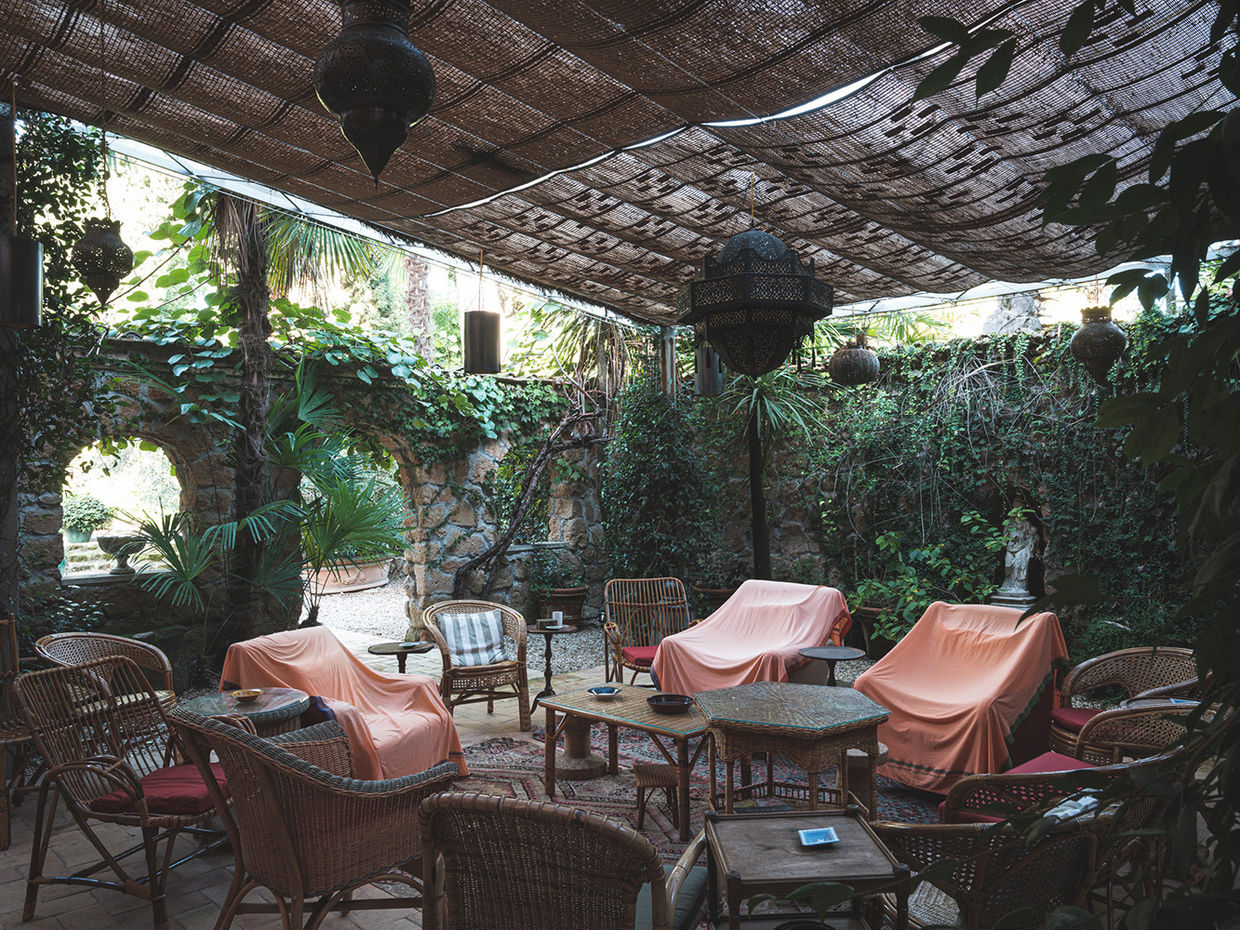