On the heels of a successful year of increased demand and recovery for the airline industry, Turkish Airlines is launching a new global advertising campaign. Centred around the concept of Pangea, the supercontinent that existed millions of years ago, the campaign stars Morgan Freeman narrating an inspiring message of reconnecting people and worlds. Created with Amsterdam-based company Whale.

‘We connect more countries than any other airline.’ – Following a successful year with an increase in demand and palpable recovery for the aviation industry, TURKISH AIRLINES, founded in 1933 with no more than five aircraft, has launched a new global campaign featuring a star. The campaign is centered around the concept of Pangea, the supercontinent that existed millions of years ago.

In the spot, frequent flyer Morgan Freeman shares his inspiring message with us – one of reunification and reconnection of people and their worlds. The film ‘Pangea’, which was created together with Amsterdam-based agency Whale and Art Producer Rachel Perry, debuted online on 10 February and was broadcast for the first time during Superbowl LVI on 13 February. Although Pangea no longer exists today, Turkish Airlines prides itself in bringing more people and countries together than any other airline.

Whale tells us : “The campaign champions the sense of reconnection and the optimism that it brings, as the world prepares for a bright and promising future. Whale drew upon its impressive network of world-class talent to curate a bespoke Amsterdam-based team including Strategic Lead Engin Celikbas, ECD and Director Kenn MacRae, Editor Rigel Kilston at Splash Studios, VFX powerhouse Glassworks, and the brilliant musical minds at MassiveMusic.”

Ezra Xenos, Founder and CEO Whale : “Connecting like Pangeaic plates themselves, Whale’s team pooled their expertise to create a nostalgic, timeless campaign concept. The film features emotional footage of people reuniting, alongside ground-breaking visual effects from Glassworks that show what the world might have looked like 300 million years ago – back when there were no borders or oceanic divides, and all the continents were united as one. Set to an original cinematic soundtrack from MassiveMusic and narrated by Morgan Freeman’s familiar, iconic tones, viewers watch as our planet’s plates shift and mountains merge on screen. Africa and Australasia re-join with Europe, Asia and the Americas to form a single, epic mass of land. Once upon a time, there were fewer divides, we learn: today, we can circumvent them by air.”

Whale’s combined talents as a creative studio, production company and advertising agency all-in-one enabled its team to build an evocative visual landscape that resonates with viewers of all backgrounds and nationalities. Freeman’s on-screen presence was also carefully considered for ‘Pangea’, his second Super Bowl outing for Turkish Airlines (the first was in 2017). After all, who else could conjure such enduring appeal?

“We wanted to visualize a concept that’s so big it’s almost unbelievable,” says Whale’s founder and executive producer, Ezra Xenos. “That meant using a real variety of VFX techniques to create epic, massive movements, while making sure the concept didn’t appear destructive or ominous. It’s testament to the team, both the many talented craftspeople who touched the spot, and our partners at Turkish Airlines, that we could achieve what we did on this scale.”

The finished product is a powerful tribute to travel as we remember it – back in the days before face masks, border closures and COVID. Its message instead is timeless, drawing in viewers with one universal, established fact: Turkish Airlines connects more countries than any other airline, bringing ‘there’ to ‘here’, and connecting millions of people divided by distance all over the world.

Turkish Airlines Chairman of the Board and the Executive Committee, Prof. Dr. Ahmet Bolat, concludes : “After months of creative ideation and production, we’re incredibly proud to share this campaign with the world during the most watched sporting event on the global calendar. We are glad to work with such a talented star, Morgan Freeman, for the second time in line with the Pangea campaign. Travelers are increasingly hopeful and enthusiastic to safely explore new destinations or reunite with loved ones, and as a leading airline, we hope to spark inspiration and instill confidence as we strive to reconnect the world.”

This is meanwhile Turkish Airlines’ sixth ad featured during the Super Bowl, one of the world’s most-watched sports competitions, alongside a lineup of the most recognizable brands in the world. ‘Pangea’ is broadcast on international and local TV channels as well as online in 136 countries across the globe.

If you have any further questions about WHALE, the spot, Amsterdam, … : Then ask our GoSee friend Rachel Perry and Ezra Xenos personally at UPDATE-22-BERLIN. We already look forward to seeing her ! 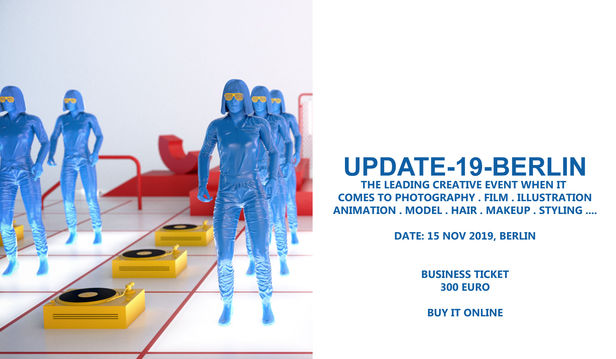 About this artwork: Visit UPDATE-19-BERLIN - for all creatives the entrance is for free. CD, AD, Fashion Editor, Art Buyer, Art Producer ..... come and meet our... 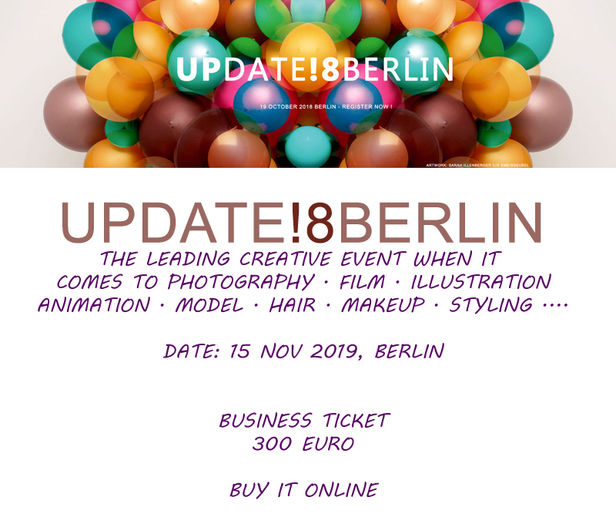 About this artwork: Visit UPDATE!8BERLIN - for all creatives the entrance is for free. CD, AD, Fashion Editor, Art Buyer, Art Producer ..... come and meet our...