Some like it bold! Agostino Iacurci c/o 2AGENTEN presents us on GoSee his breathtaking new mural Cardi (1571-2021) for Museum Borgo Universo in Aielli. The artist has also left – in this case quite large – mark in the Italian city of Pomezia near Rome.

‘L'antiporta’ is the title of the large mural (approx. 700 sqm.) designed according to the architecture of the municipal library of Pomezia, proposing a new reading and a new role in the path of the city.

The antiporta is the architectural element that precedes the access to a second door, and at the same time, it indicates, in typographical jargon, the page preceding the title page, especially in old books, which often contains a portrait or an allegorical illustration. The main iconographic source that inspired the work is Book VI of the Aeneid, which narrates the encounter with the Cumaean Sibyl, the seer who predicts Aeneas’s landing on the Latium coast. Her cavern is described by Virgil as a cave with a hundred doors that open automatically and simultaneously at the moment of the response. The thresholds leading to the underworld as well as the mysterious tufa door of Aeneas’s Heroon preserved at the Archaeological Museum Lavinium and the doors crossed by Virgil and Dante in the Divine Comedy, are all literary references which have guided the realization of the large pictorial cycle. Hence, the entrance to the library is amplified by the symbolic function of the paintings which turns the building into a “temple of knowledge”, an oracle of the city, and a privileged place to receive answers to all questions.

Agostino Iacurci is an Italian-born, Berlin-based multidisciplinary artist celebrated for his striking, synthetic forms and multilayered narratives. “I’m interested in communicating a vision,” Agostino explains. “I think that once the artwork is out in the world, it’s like a living creature, and as a living creature, it is able to create connections.” Agostino is renowned for his evocative, large-scale murals. However, the multiplicity of meaning innate to his art naturally lends itself to formal versatility, and he has expanded his skillset to embrace digital illustration, sculpture and painting. 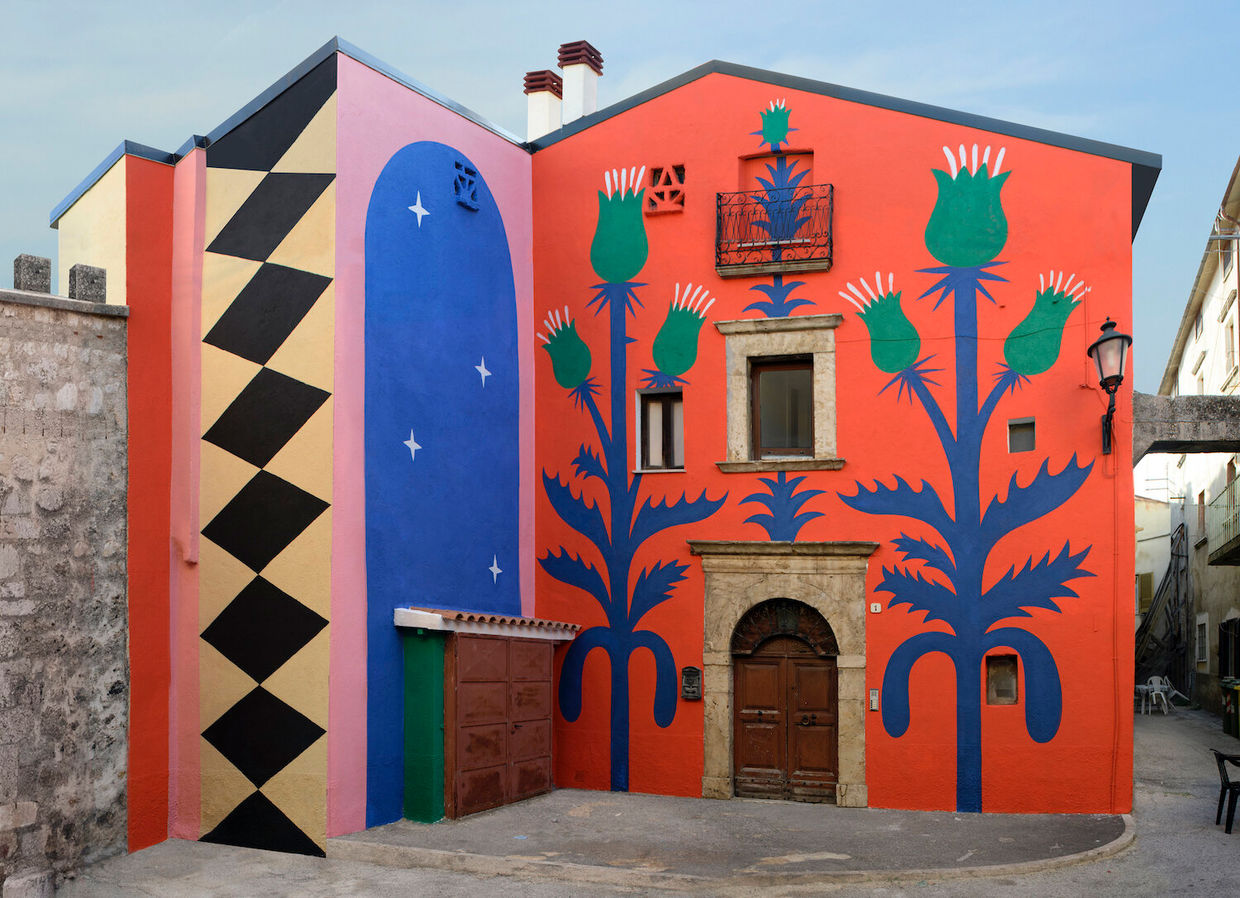 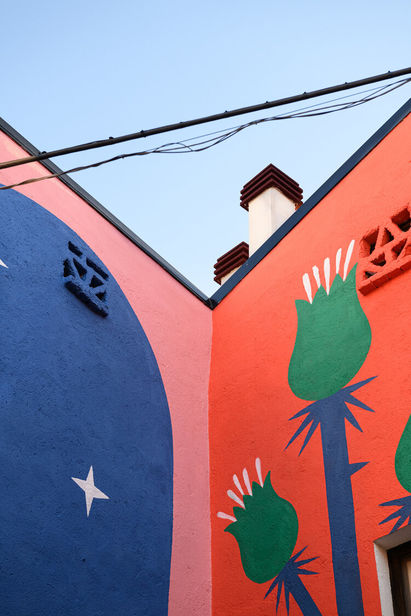 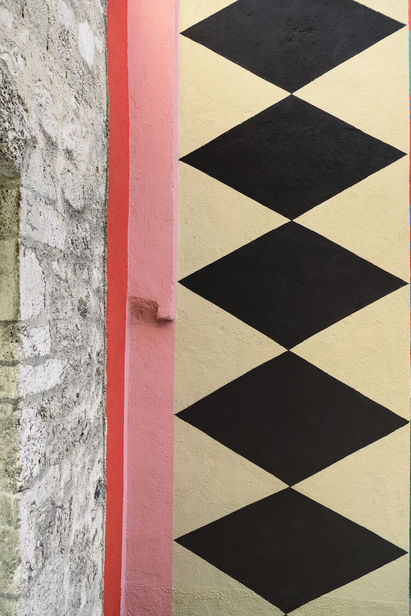 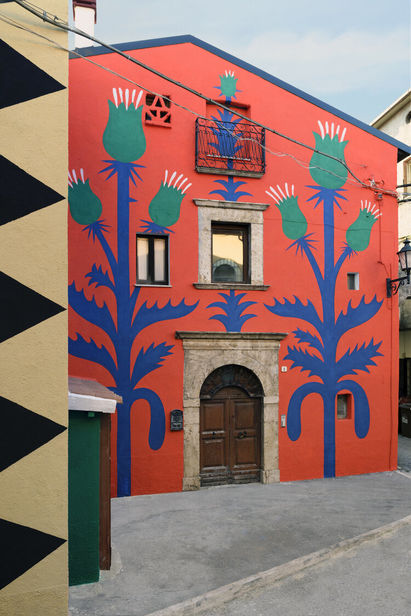 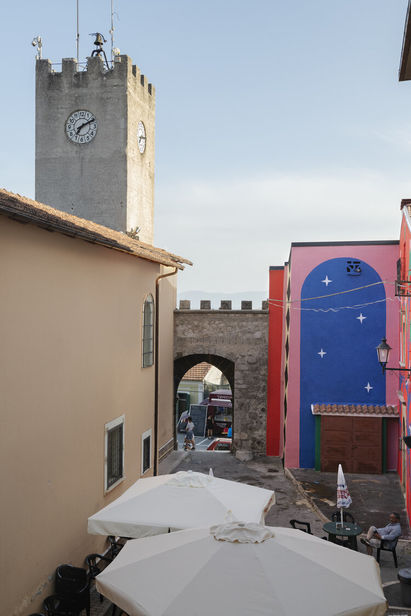 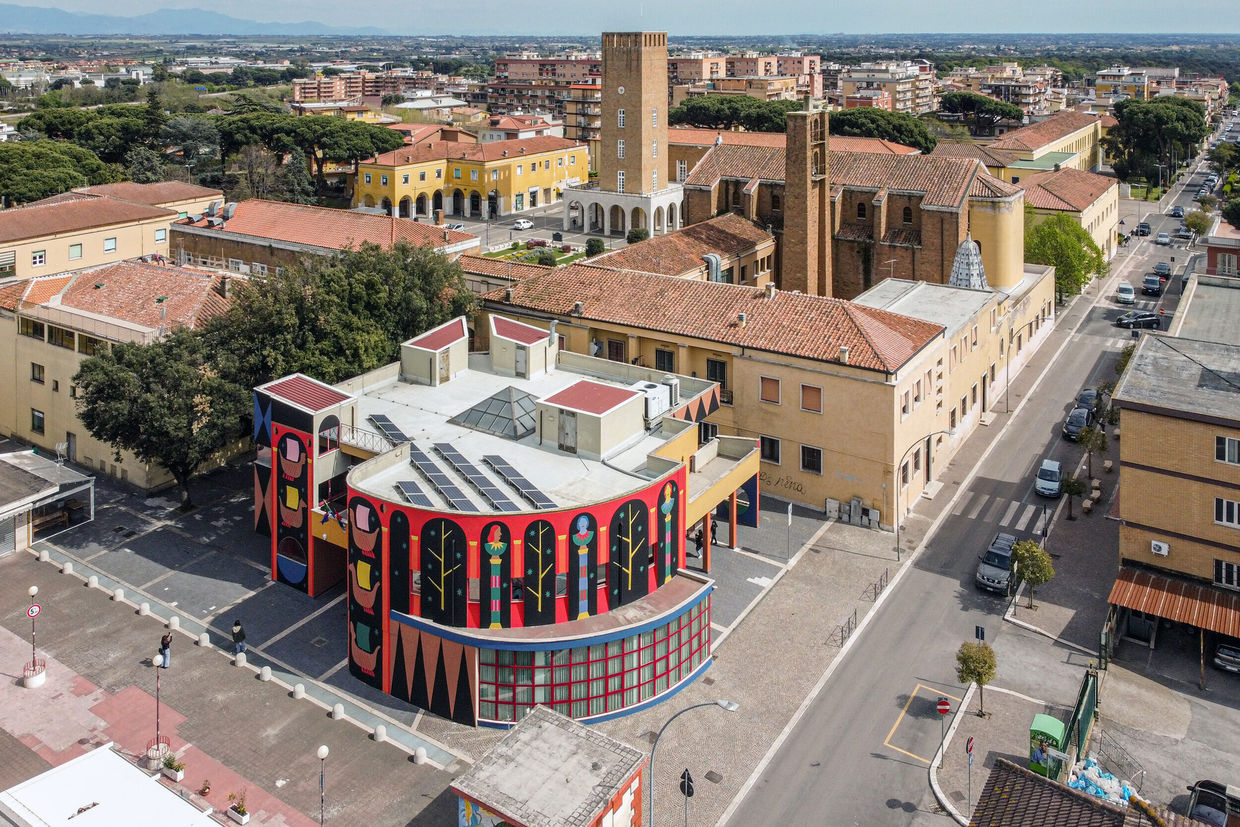 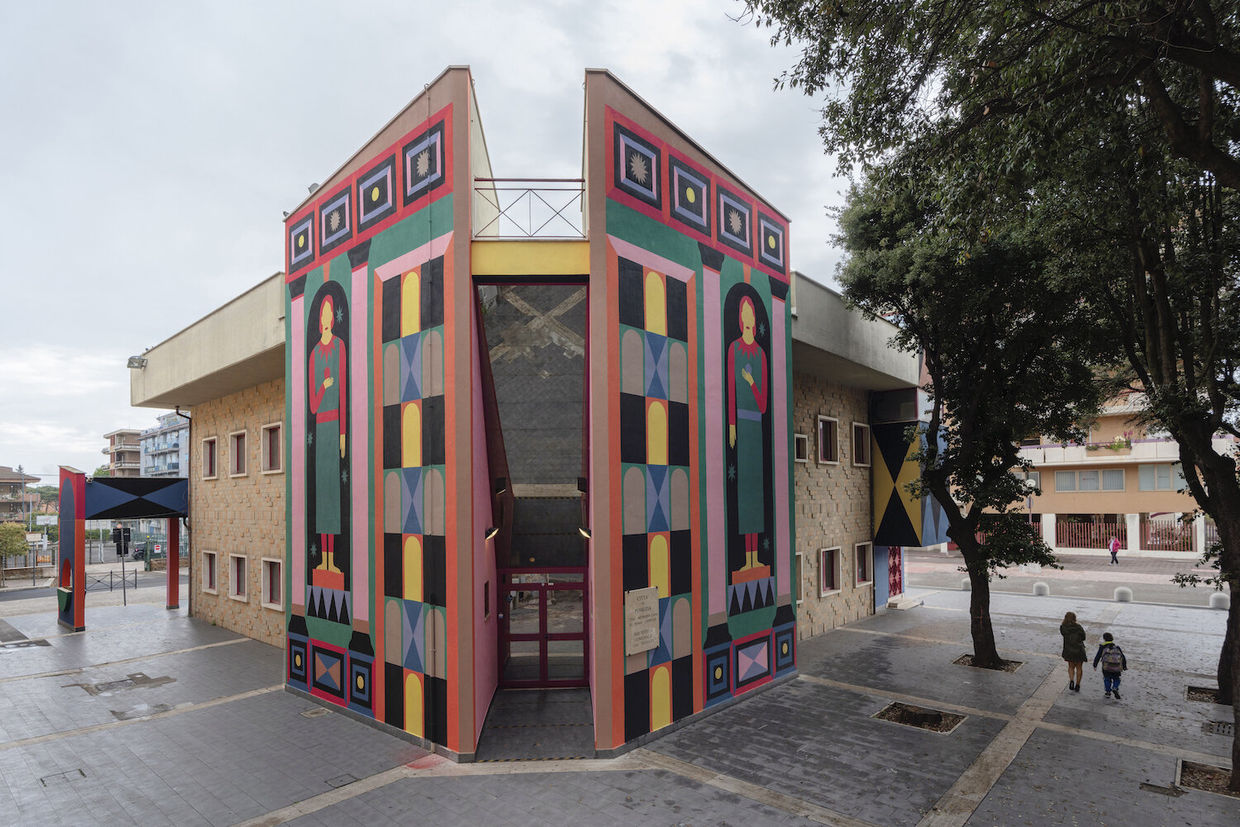 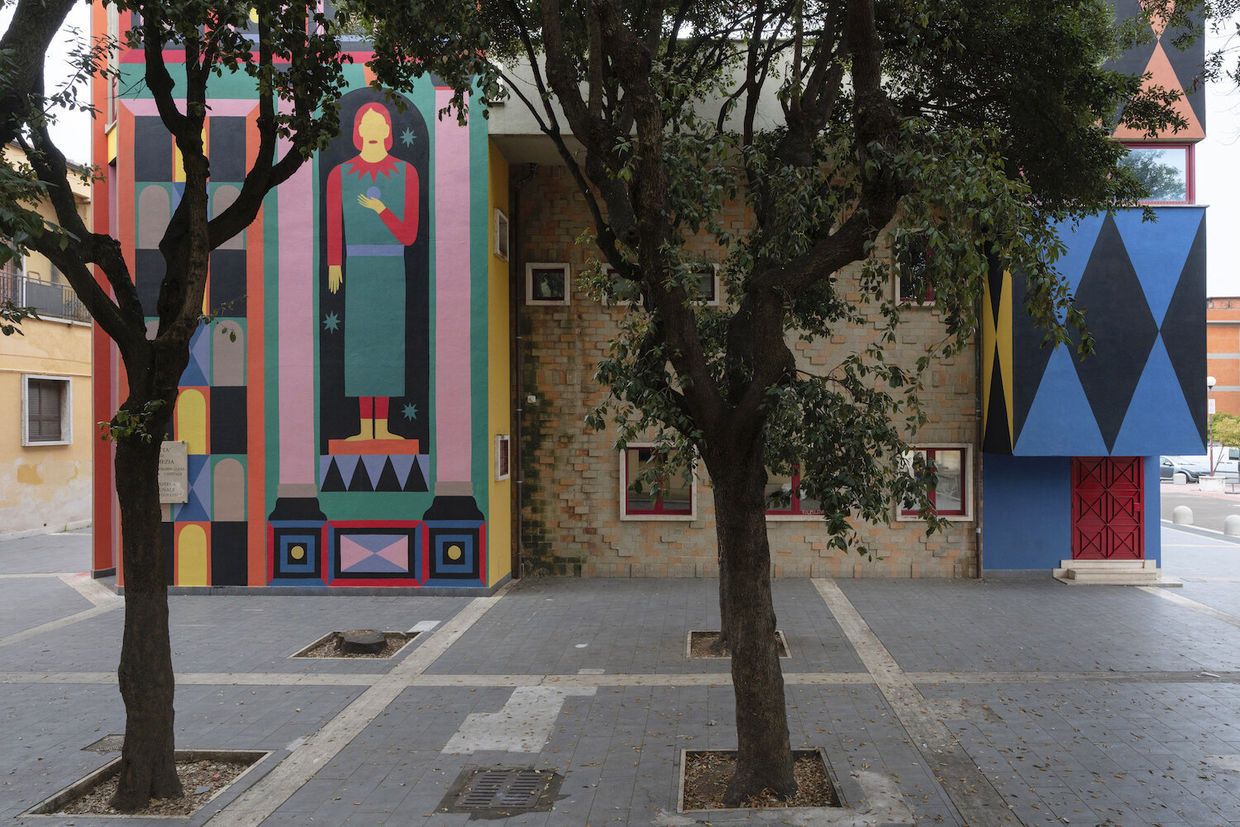 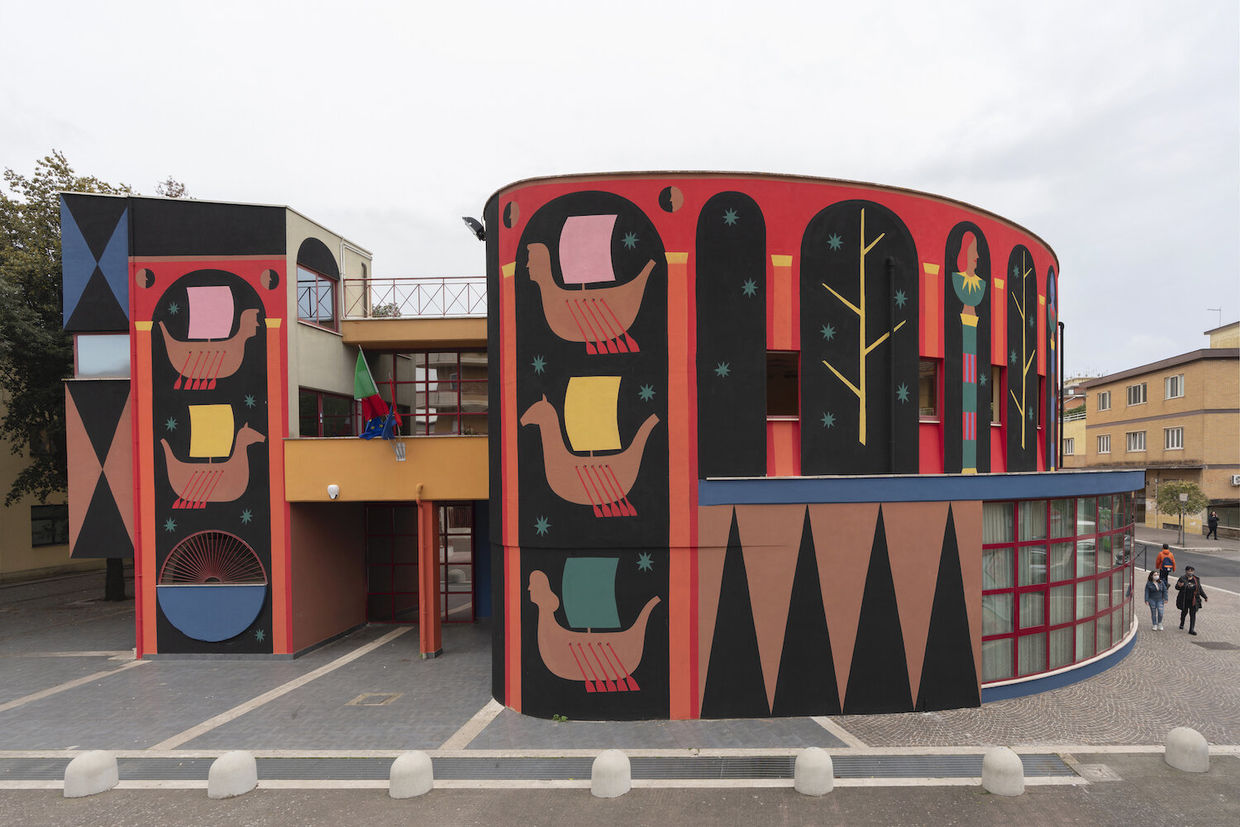 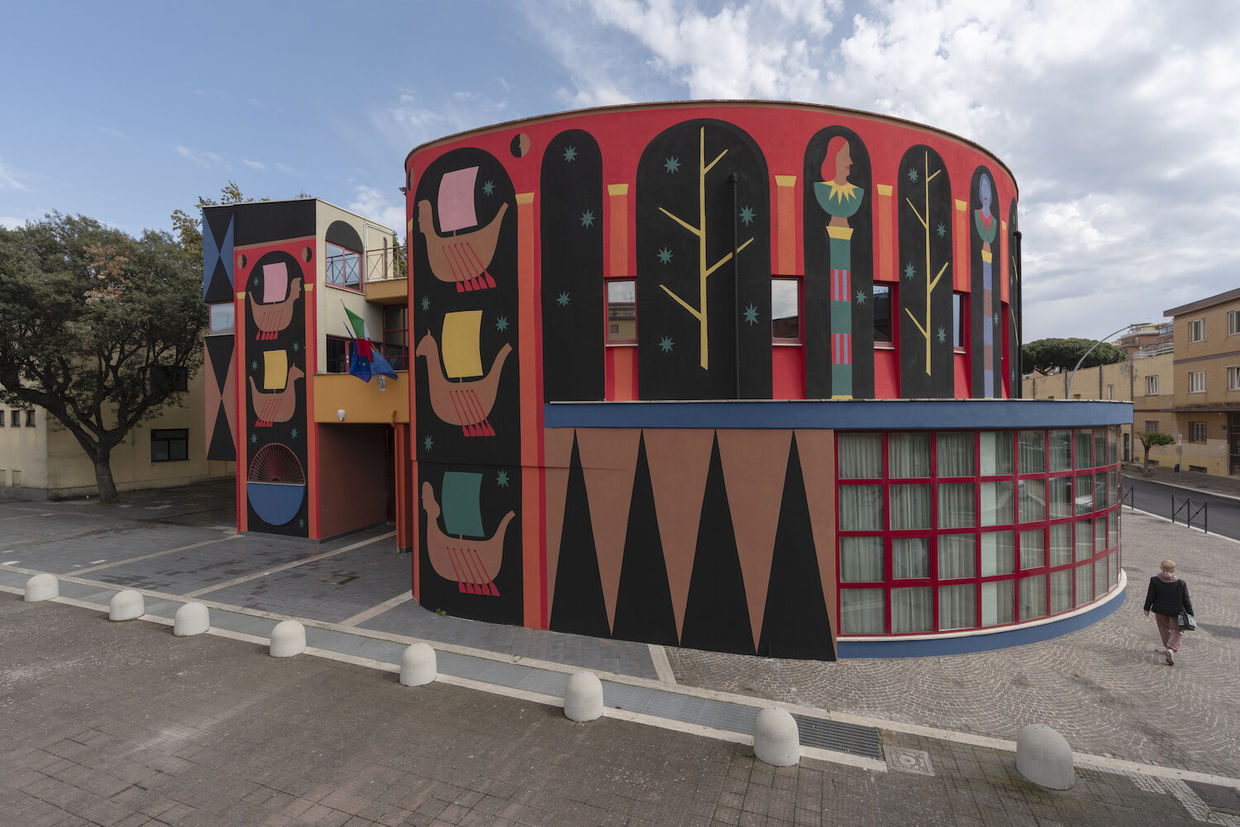 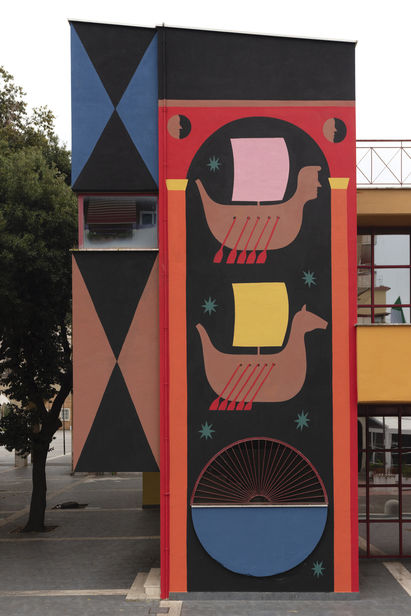 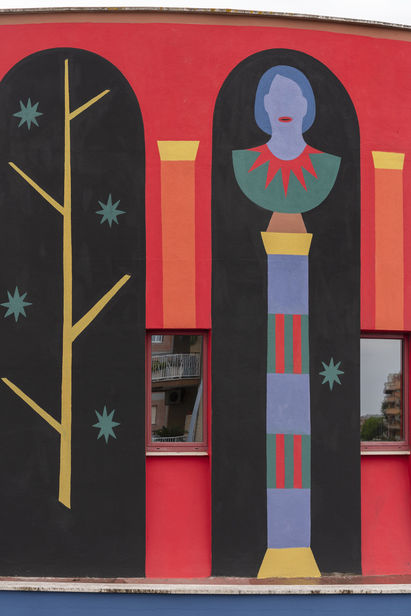