GINZA, the new fragrance by SHISEIDO - relies for the latest campaign on the equally beautiful and ‘socially non-normative’ Elizabeth DAVISON c/o ICONIC; we have the spot and motif for you on GoSee.NEWS

Canadian beauty Elizabeth DAVISON c/o ICONIC is the face of the perfume GINZA, the latest creation from the company SHISEIDO. Cool moves and great looks, captured by London photographer and director Yvan Fabing. And the cat lover will tell you what social non-conformity is all about on Instagram.

“I have no magic powers, I make my personality my magic powers.” - The oath of a Samurai, Bushido.

Constance Guisset, famous designer of the Vertigo pendant light, has designed her first flacon for Ginza. The object formed from a glass block with wave-shaped curves is pierced by a black dagger which seemingly sinks into the perfume. It is a poetic reference to the weapons of the Samurai – and is meant to remind every woman that she already bears this same primal power within her. 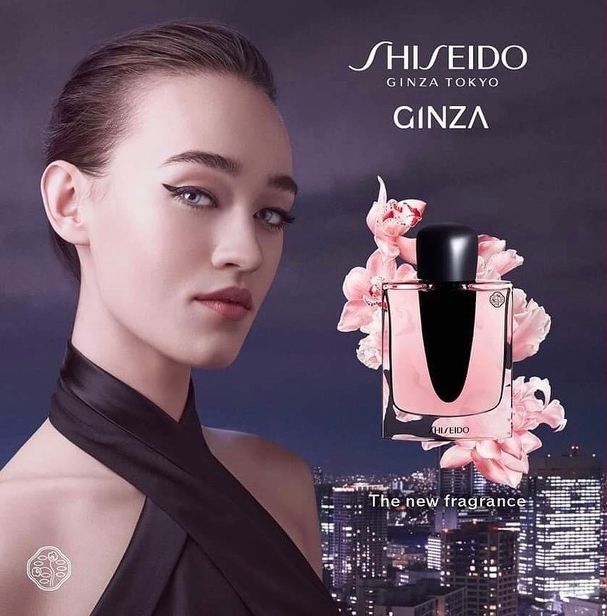