NEW at GoSee : THOMAS SCHORN, transportation, Cologne; we present you the atmospheric, nightly Monaco portrait from his GRAND PRIX NOIRE series to kick things off

NEW at GoSee is transportation photographer THOMAS SCHORN. Thomas was born in 1985 near Cologne, Germany, and studied Photography at the Cologne International School of Design pretty much directly afterwards. And Thomas has been pursuing his passion already for more than a decade : Transportation. During this time, he has created incomparable and one-of-a-kind worlds for leading brands in the industry.

Thomas Schorn grants you an exclusive glimpse into the newest works from his personal series ‘Grand Prix Noire’ here on GoSee, and this time with a stopover in beautiful Monaco. Grand Prix Noire is an intensive portrait of the most famous racetracks on our planet. Far from the bustle of a race weekend or the public spotlight, this series shows the untouched beauty of these historic places from a perspective only few have had the honor of seeing.

“In the silence of night, illuminated only by the natural light of the surroundings, racetracks unfold a previously unknown energy that is difficult to describe – you have to feel it for yourself.” says Thomas Schorn.

The Monaco Grand Prix is a motor racing event held annually through the streets of the city on the Circuit de Monaco. It leads through city districts including Monte Carlo and La Condamine. Each year, not only several streets of the city are closed off, street signs and flower pots are also removed for the Monaco Grand Prix Formula 1 race. Pit stops, guardrails, mobile curbs, fences and extensive grandstand systems are temporarily constructed – a tremendous amount of time and effort goes into one of the most spectacular races in the world.

The look & feel were developed by GoSee PREMIUM Member POSTBUDE. 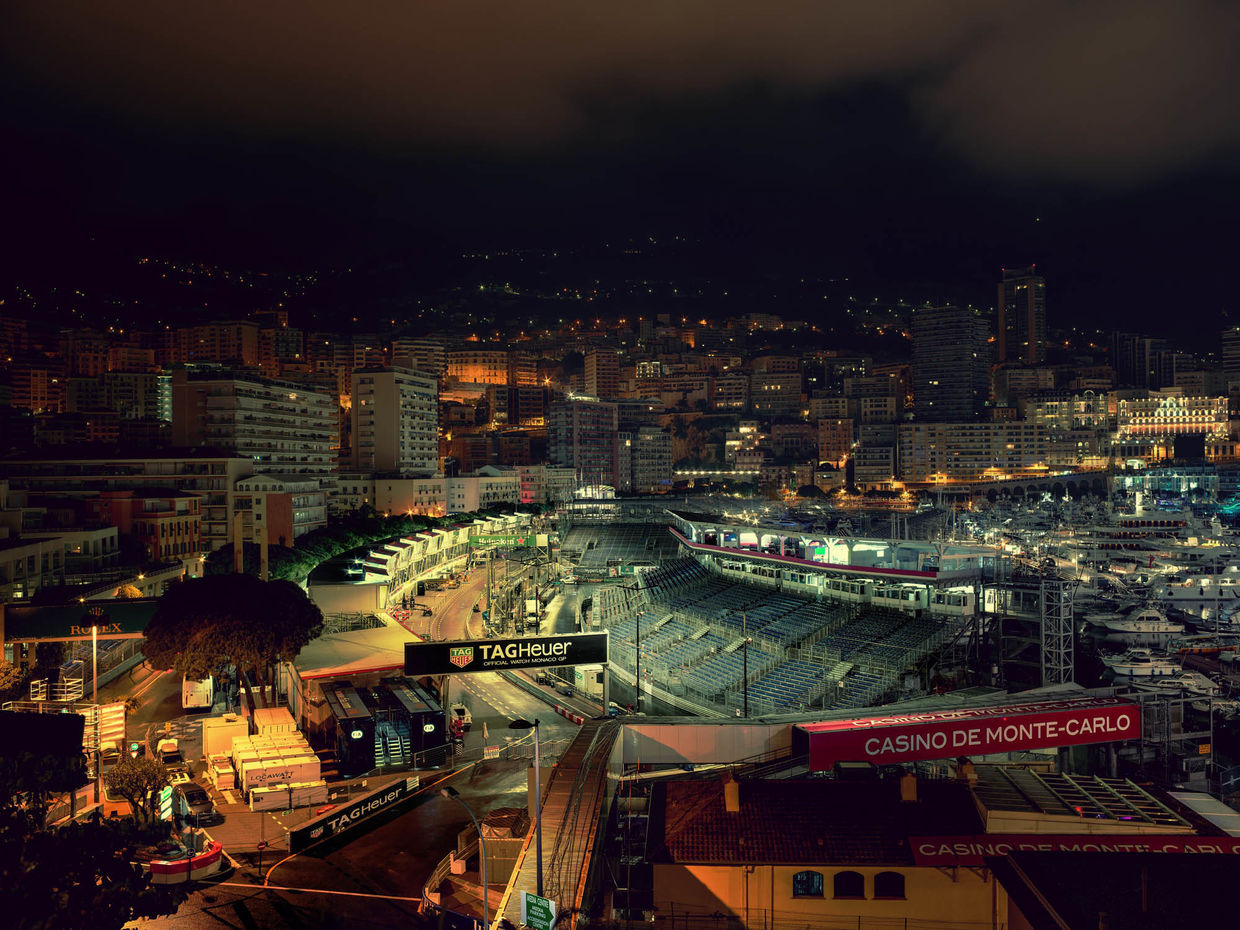 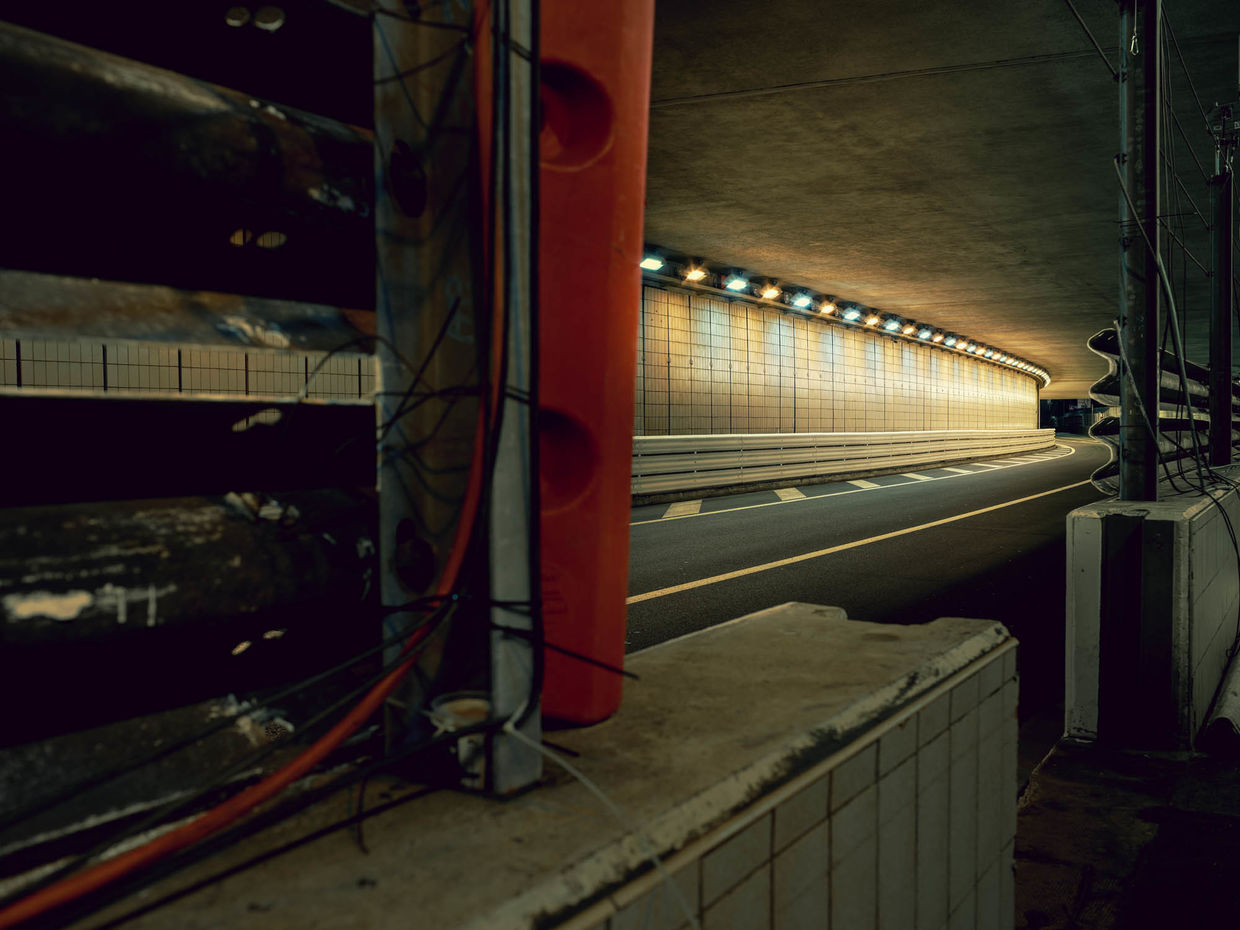 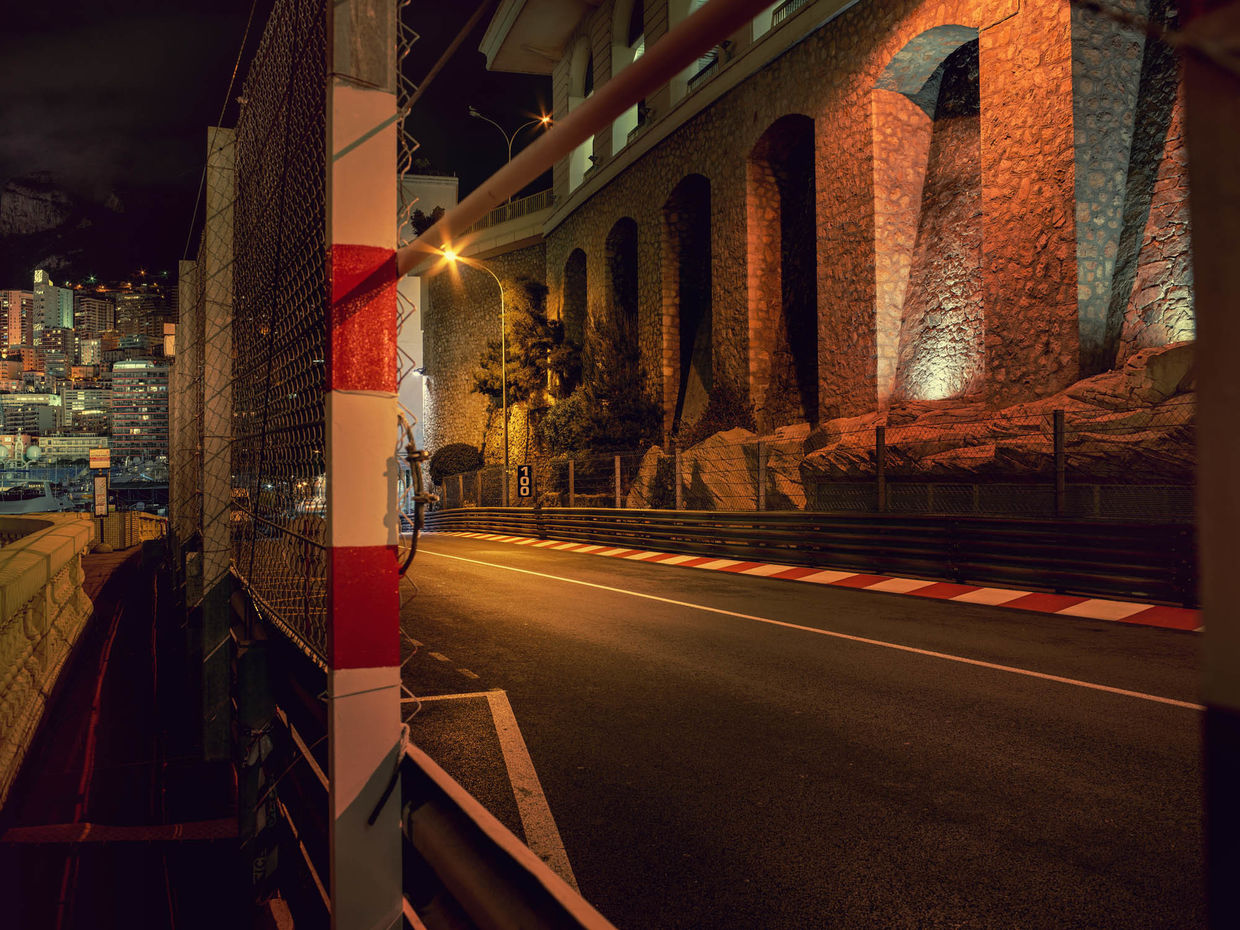 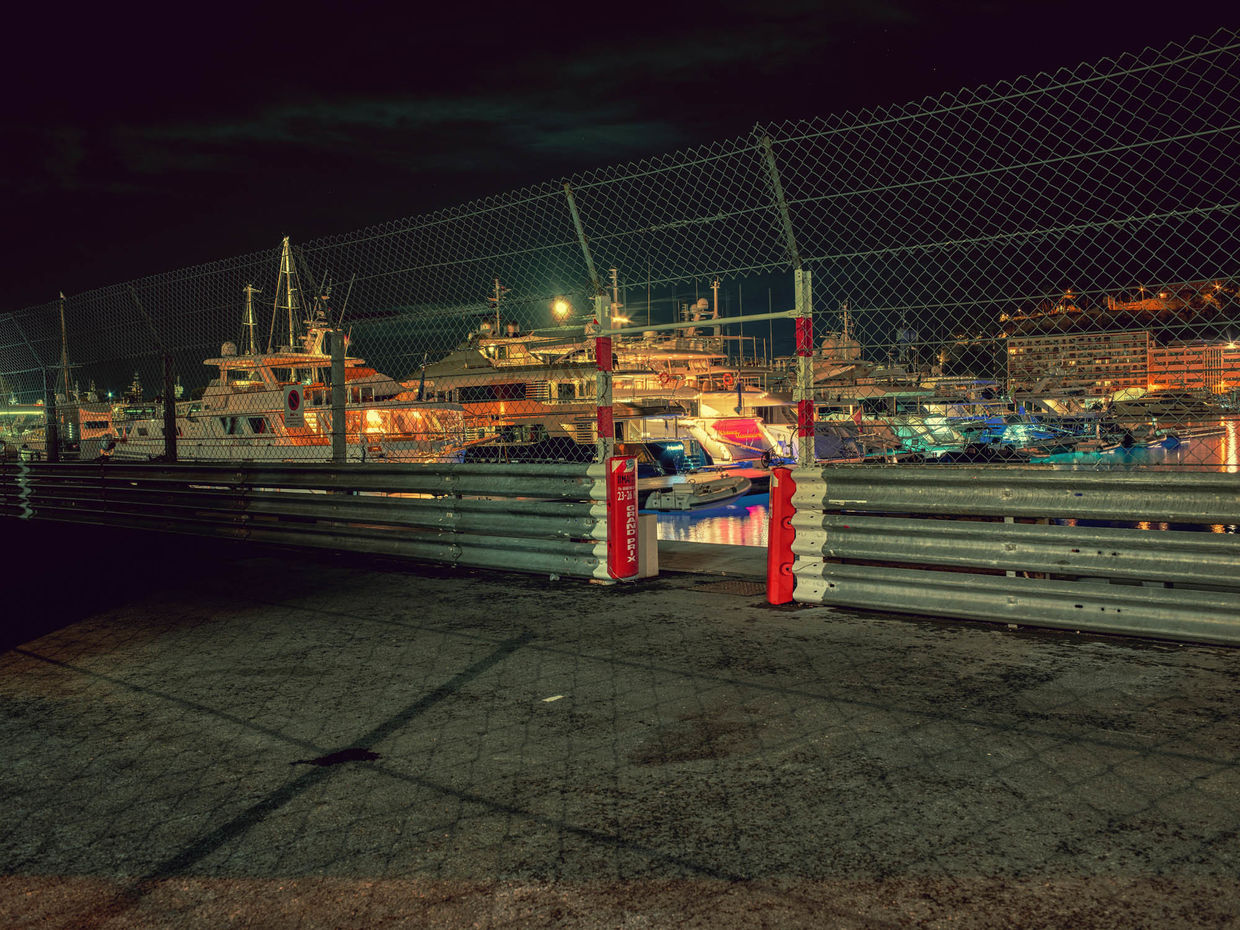 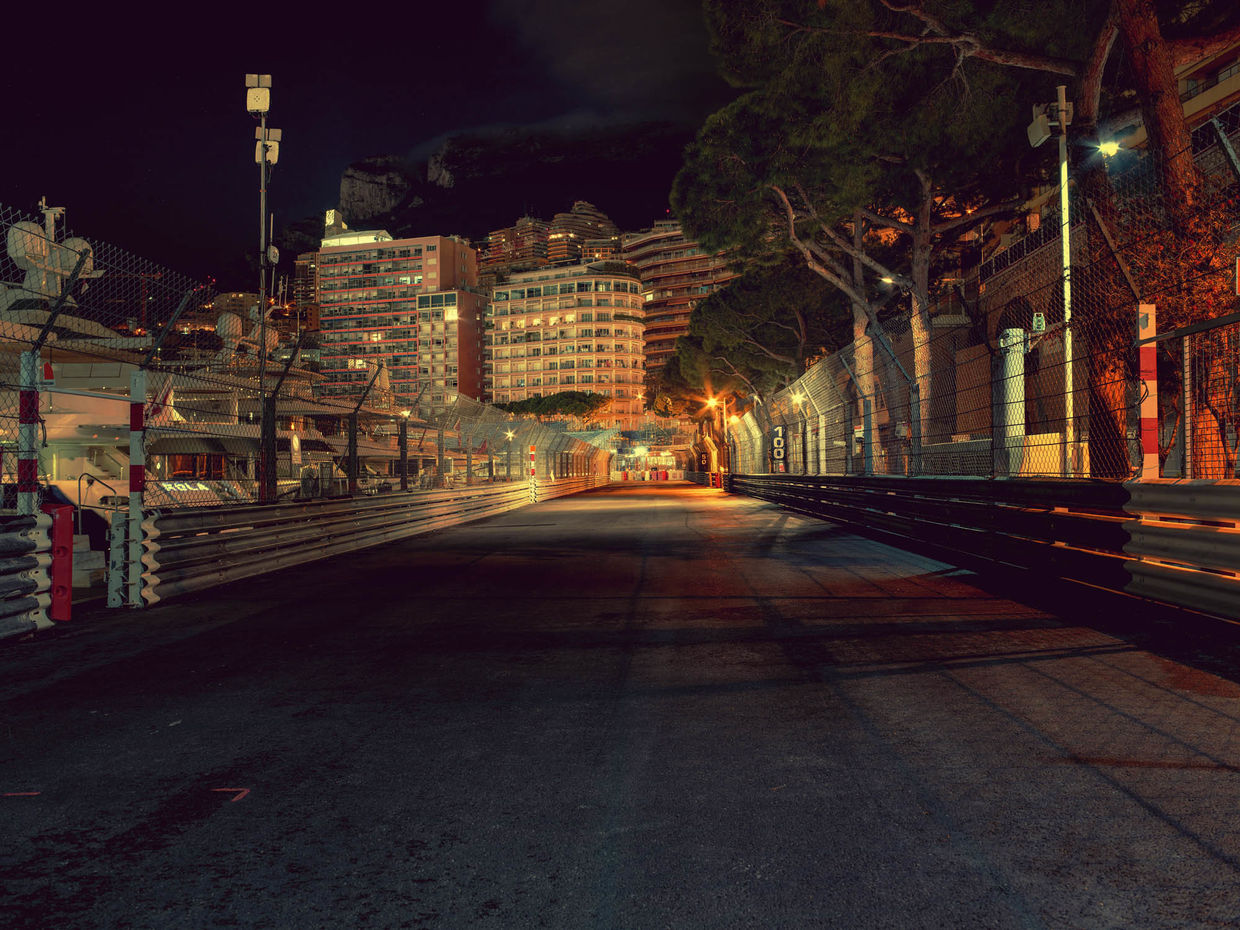 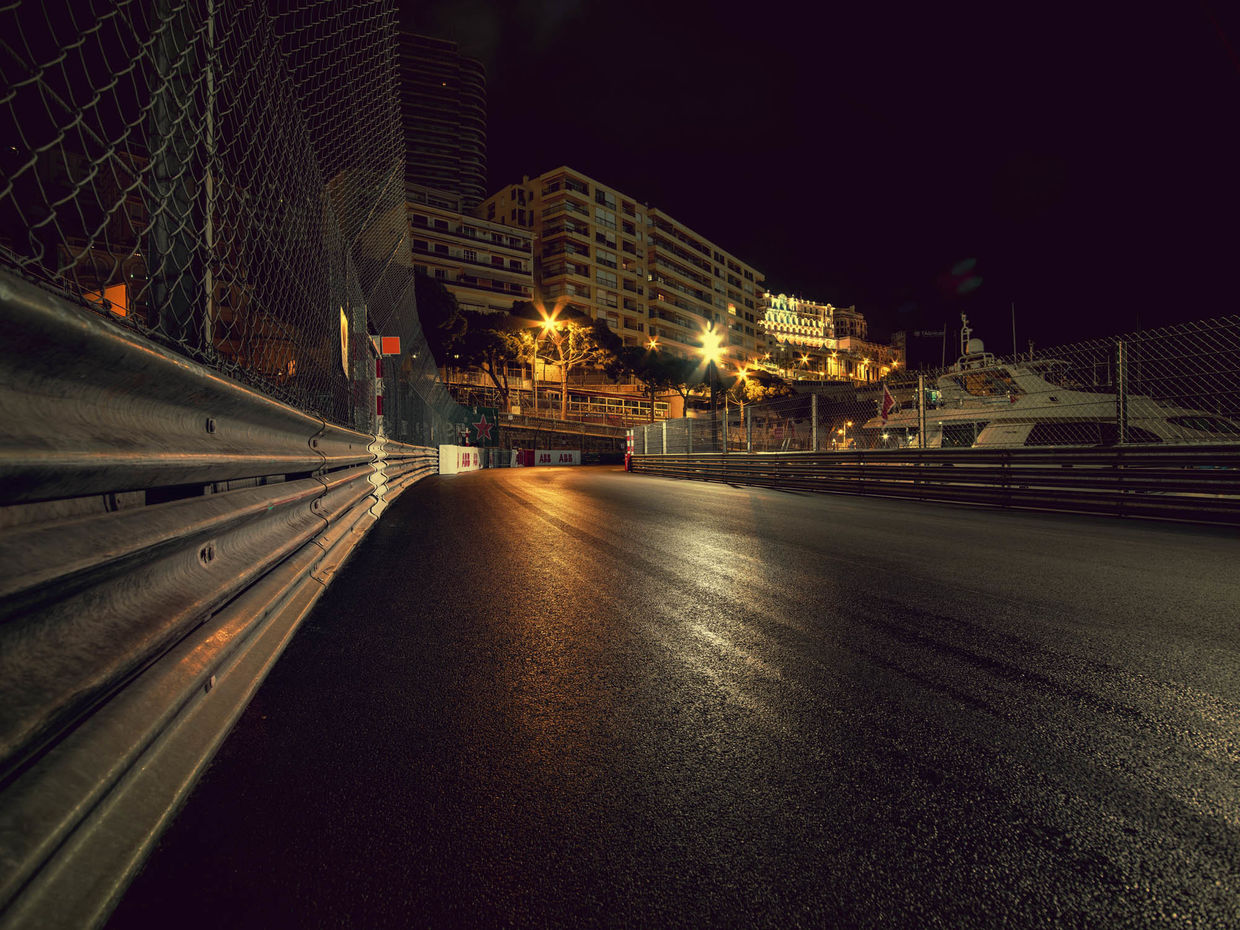 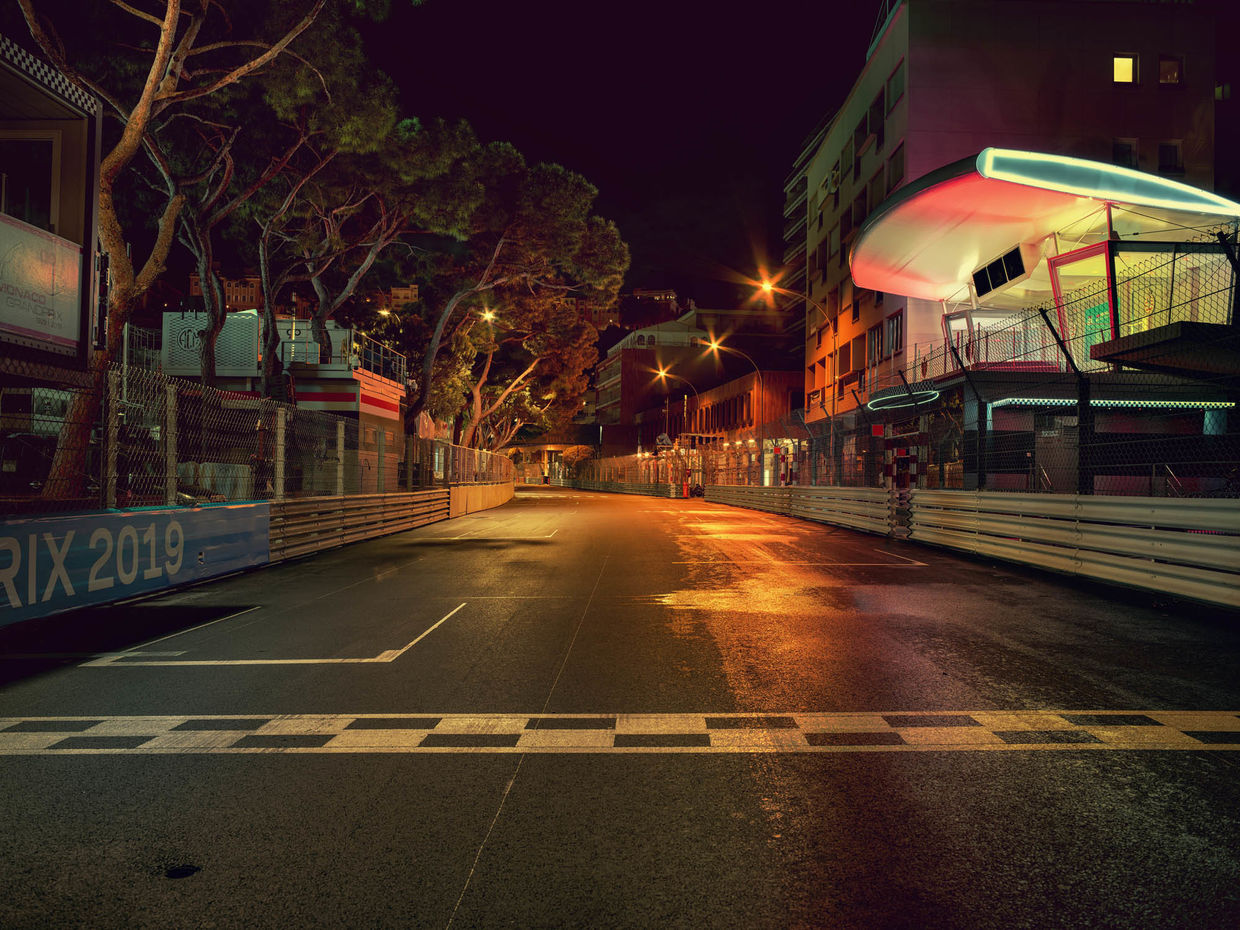 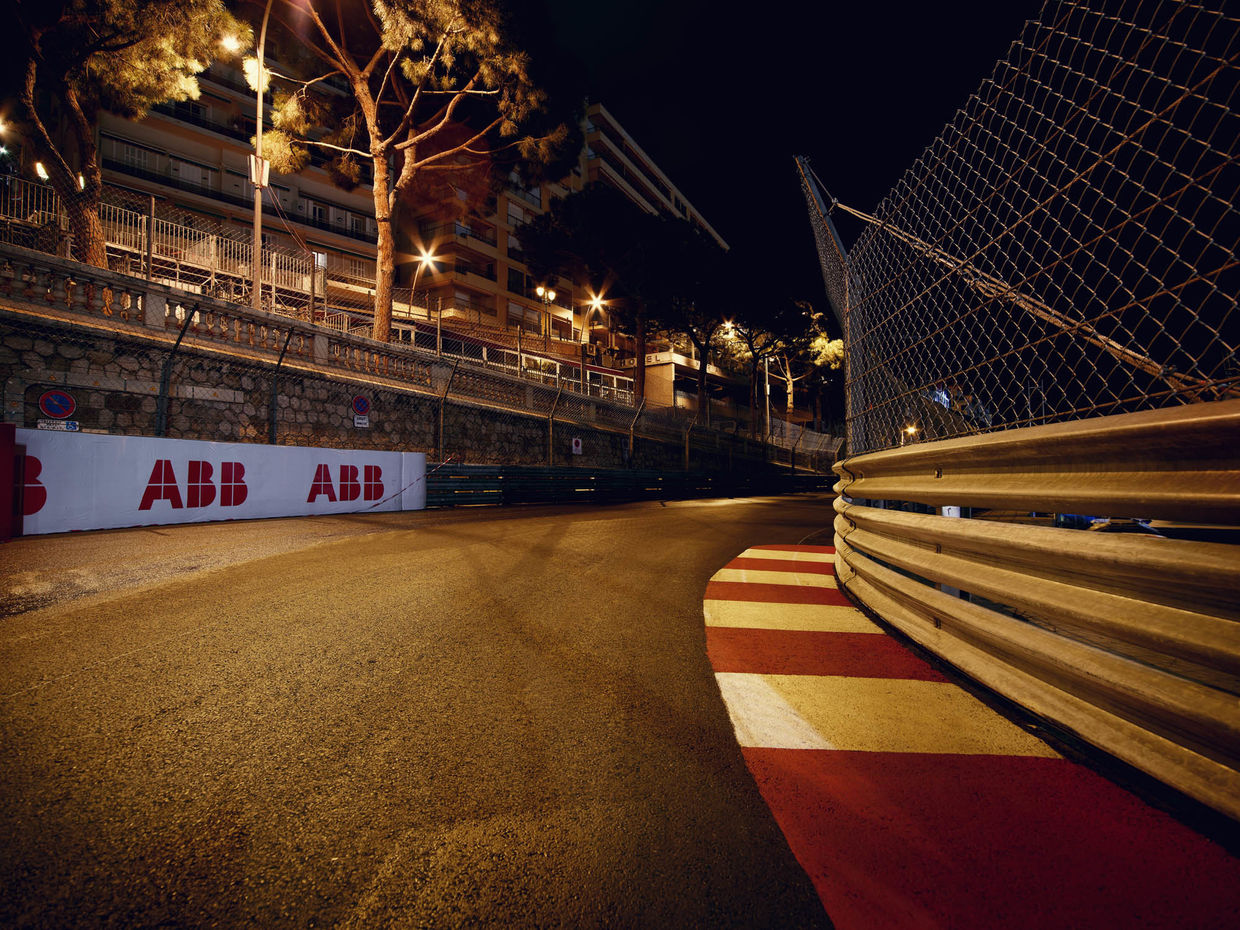 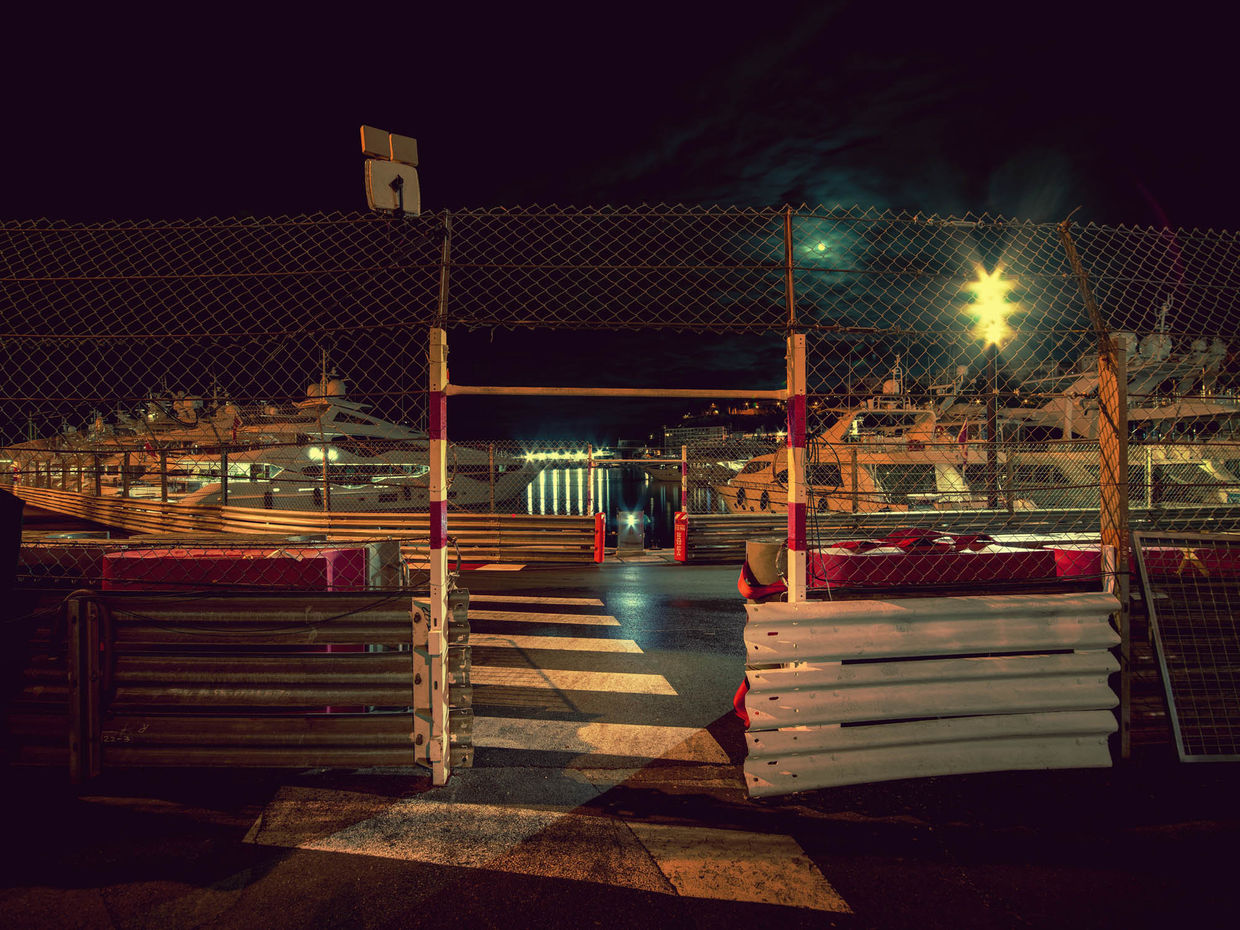 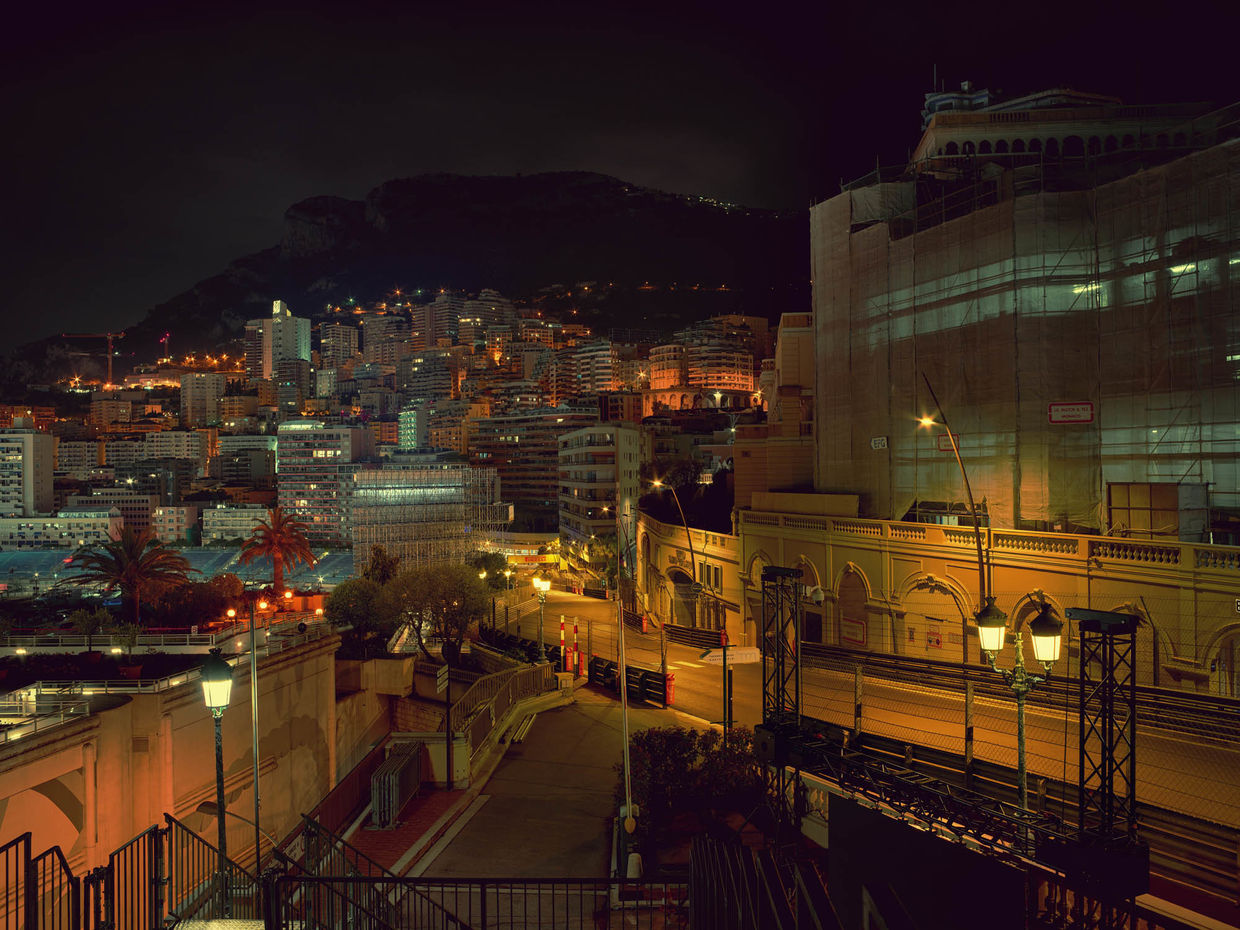 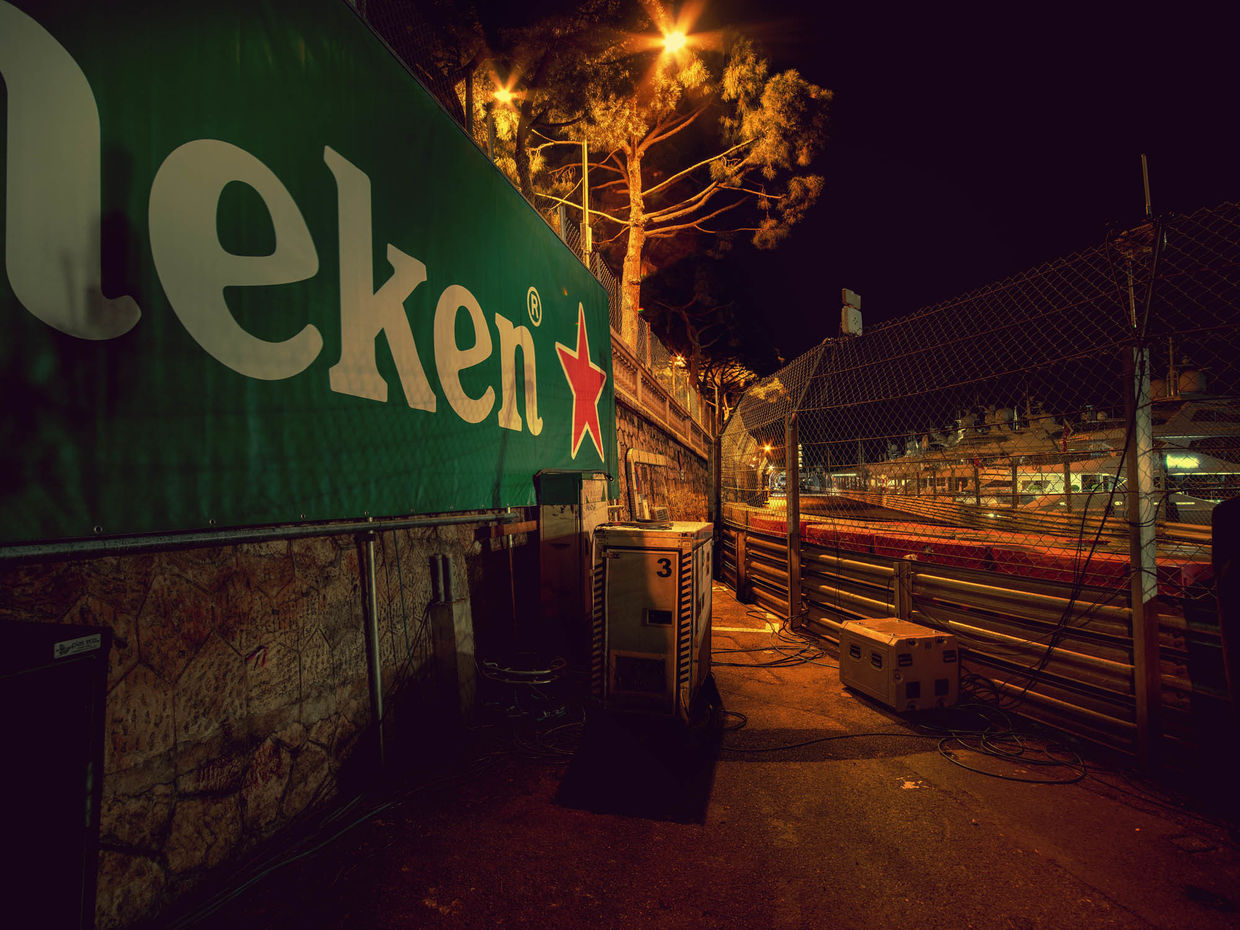 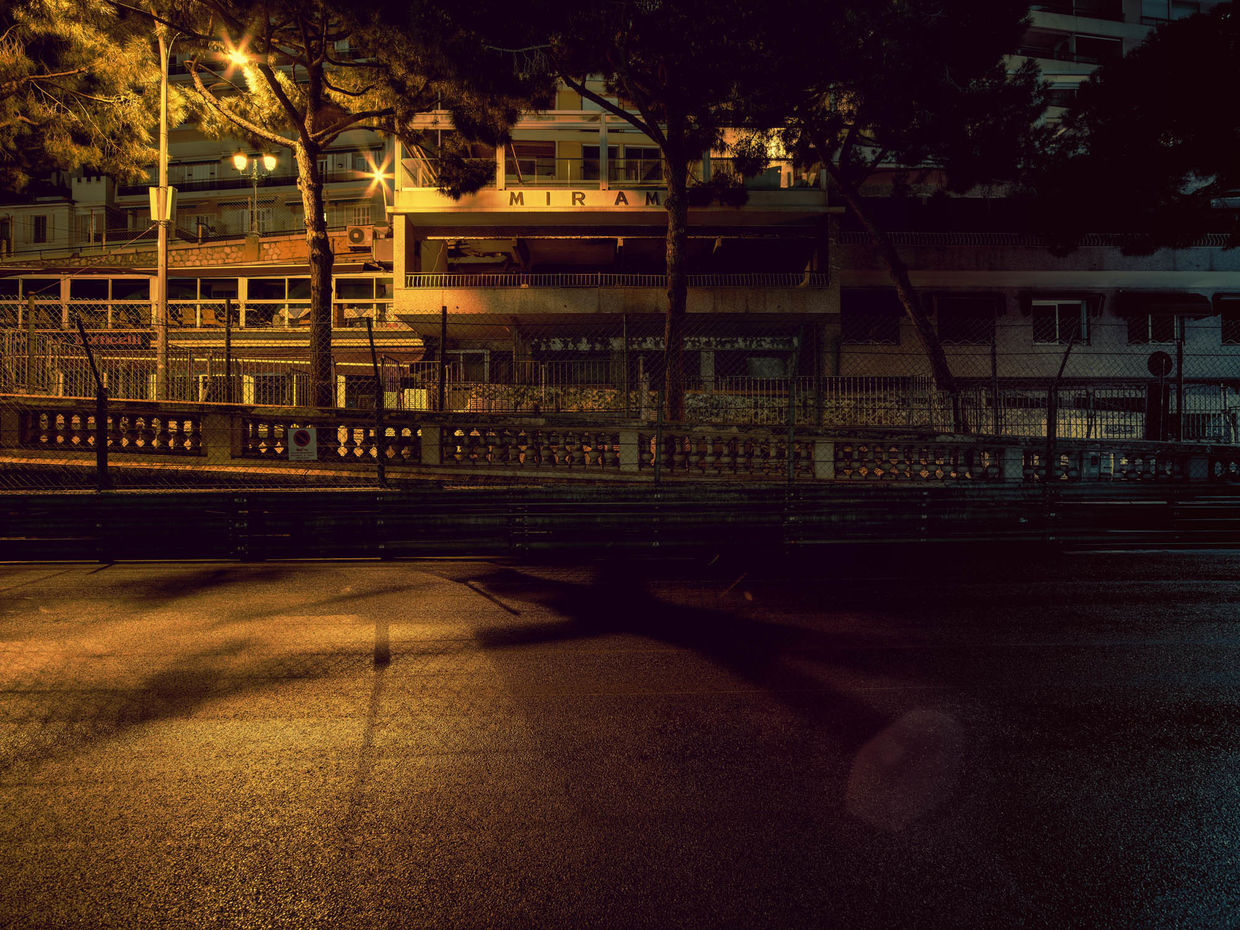 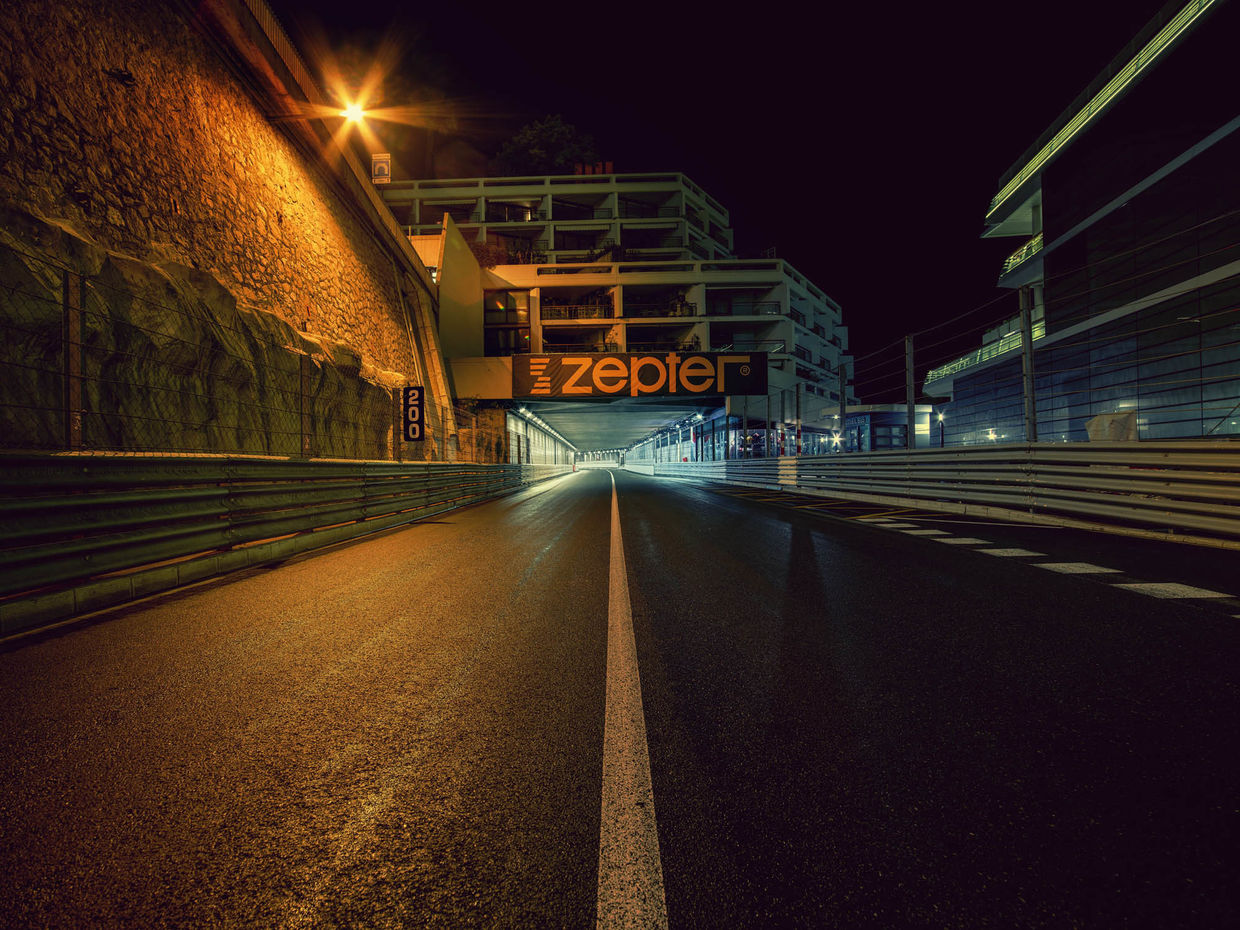 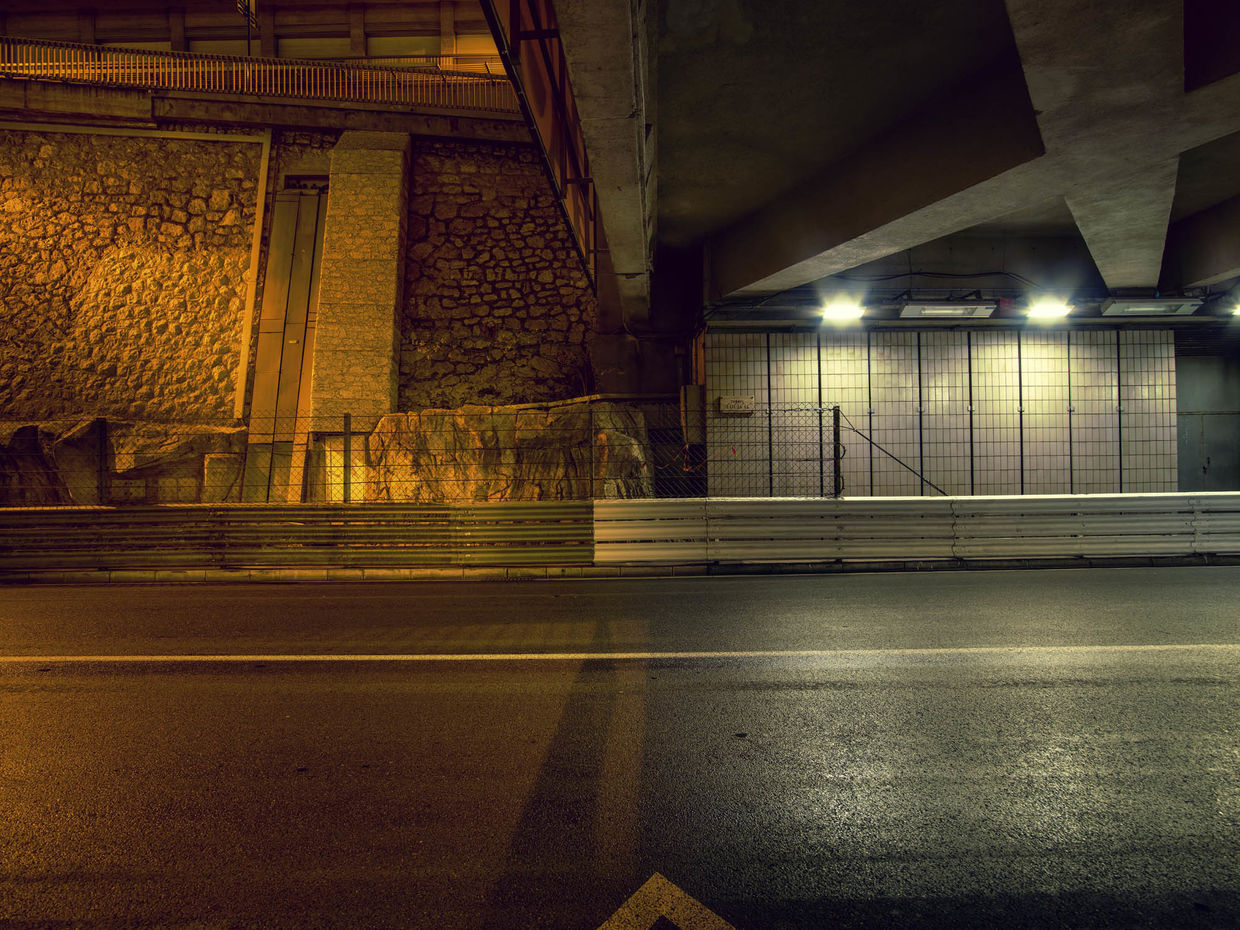 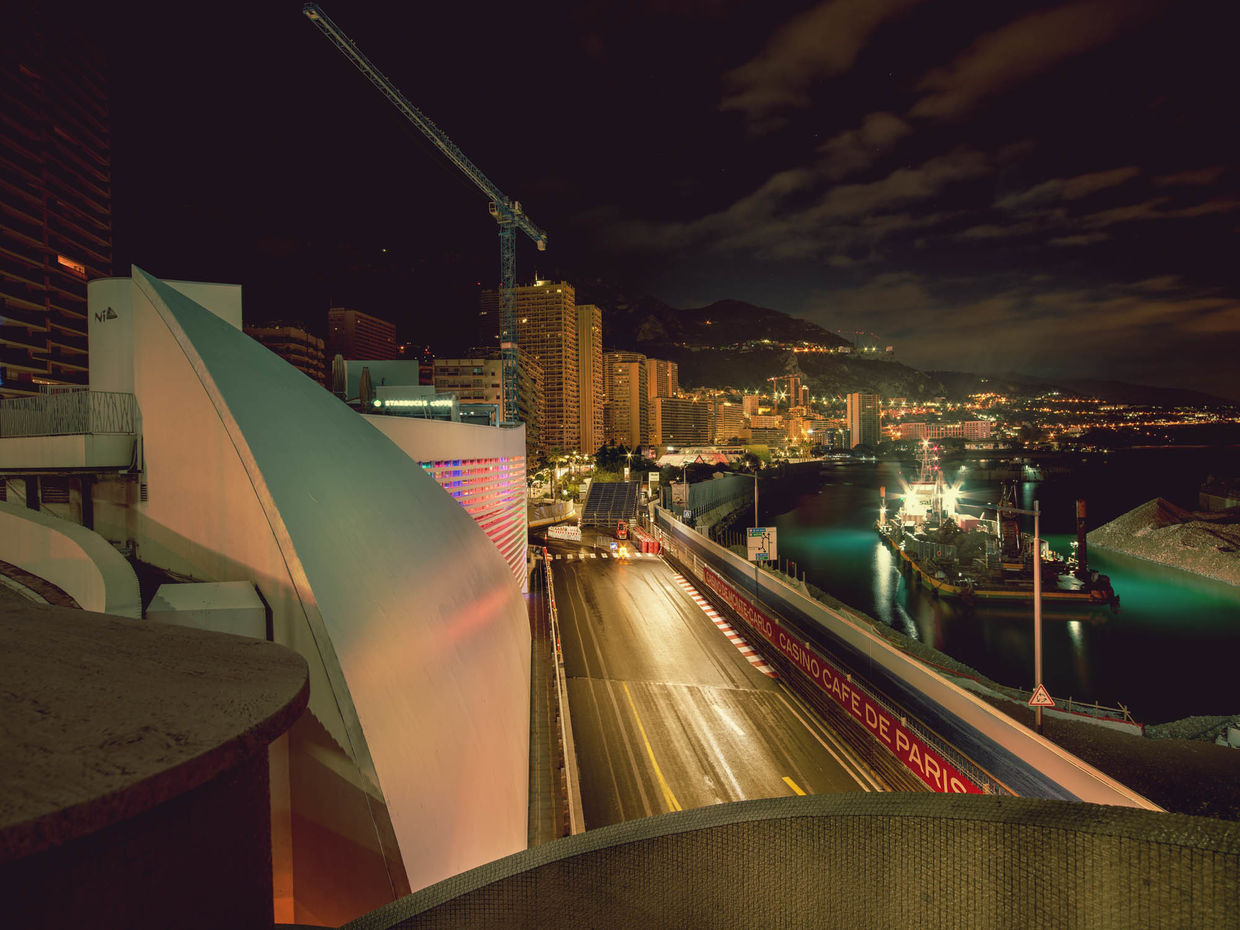 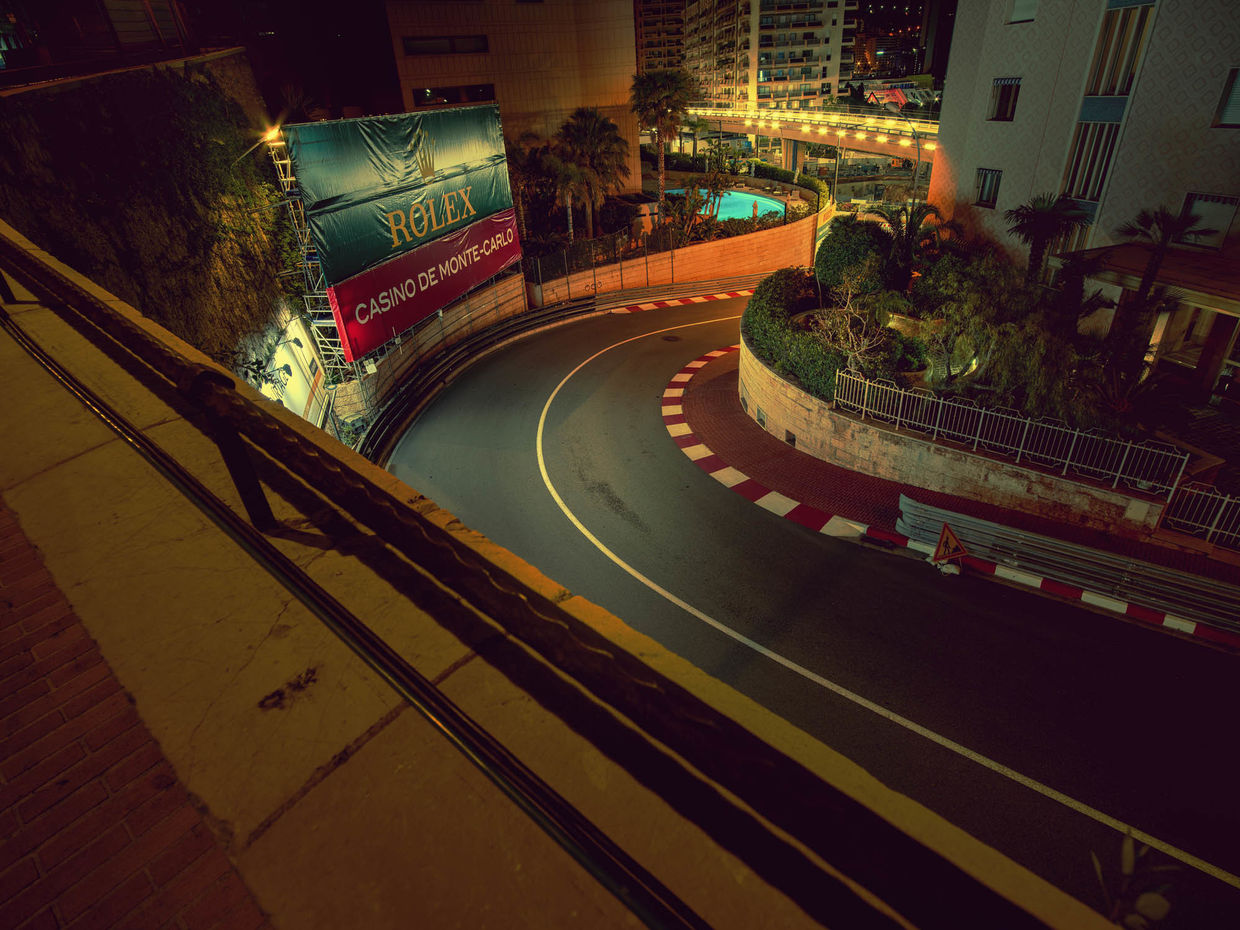 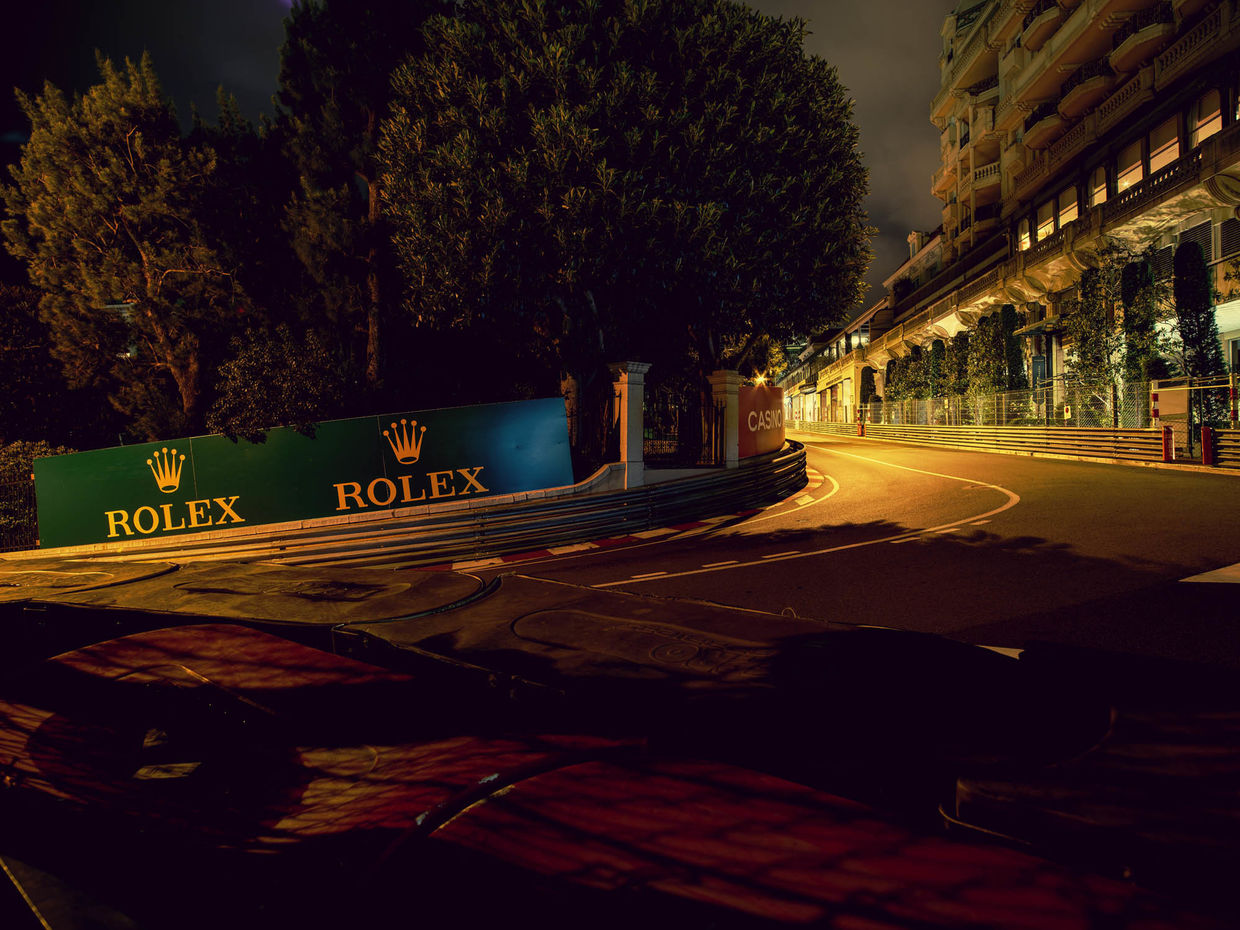 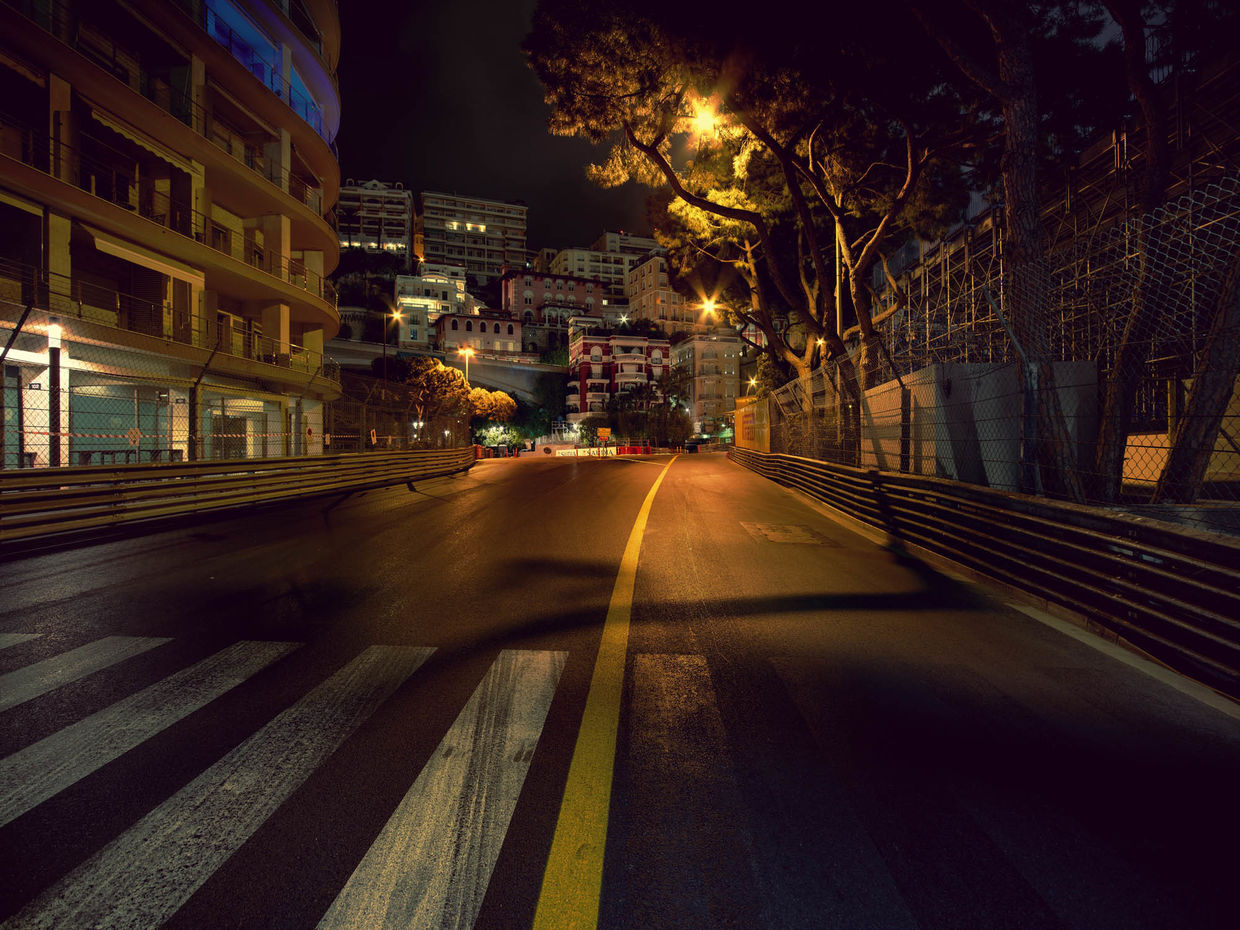 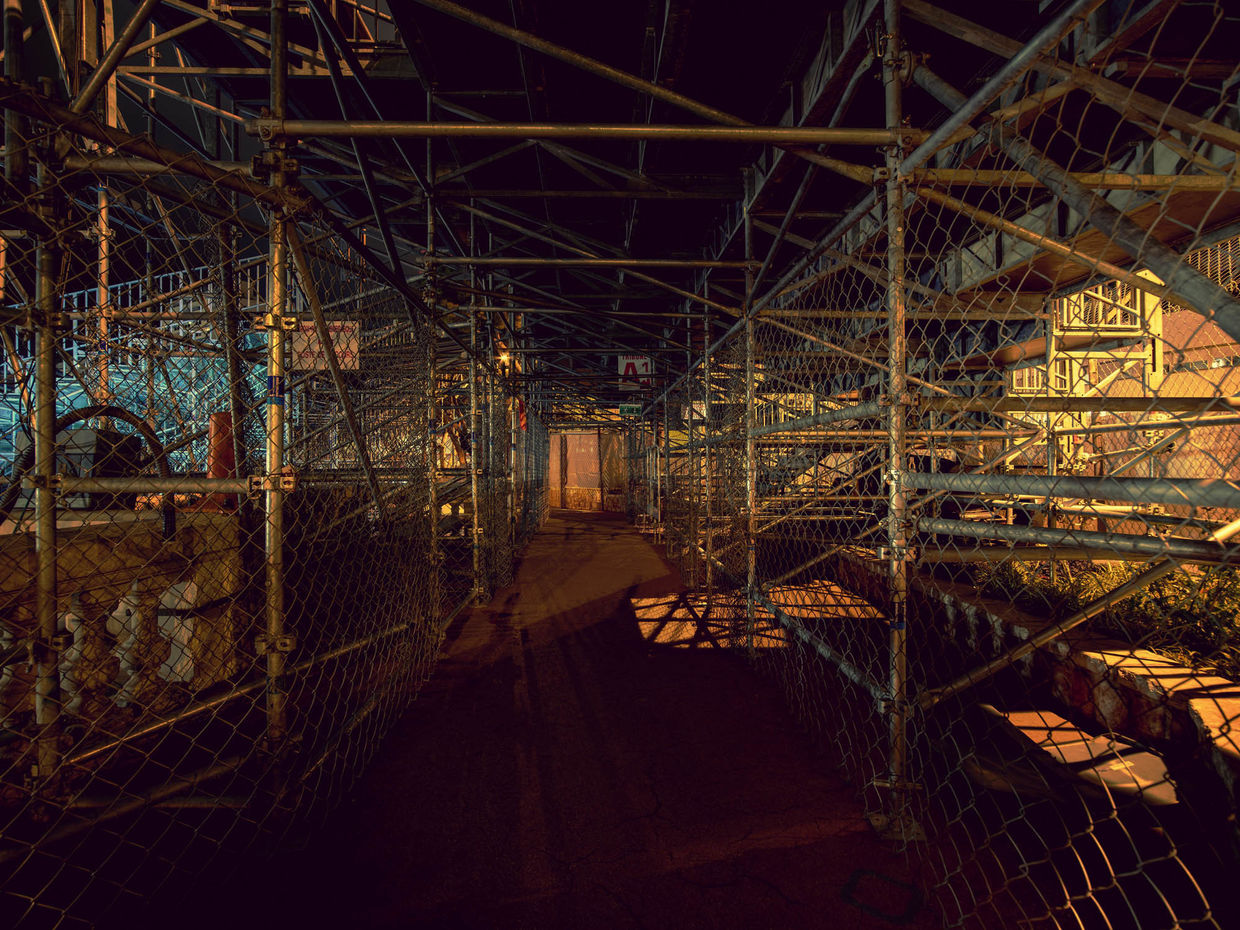 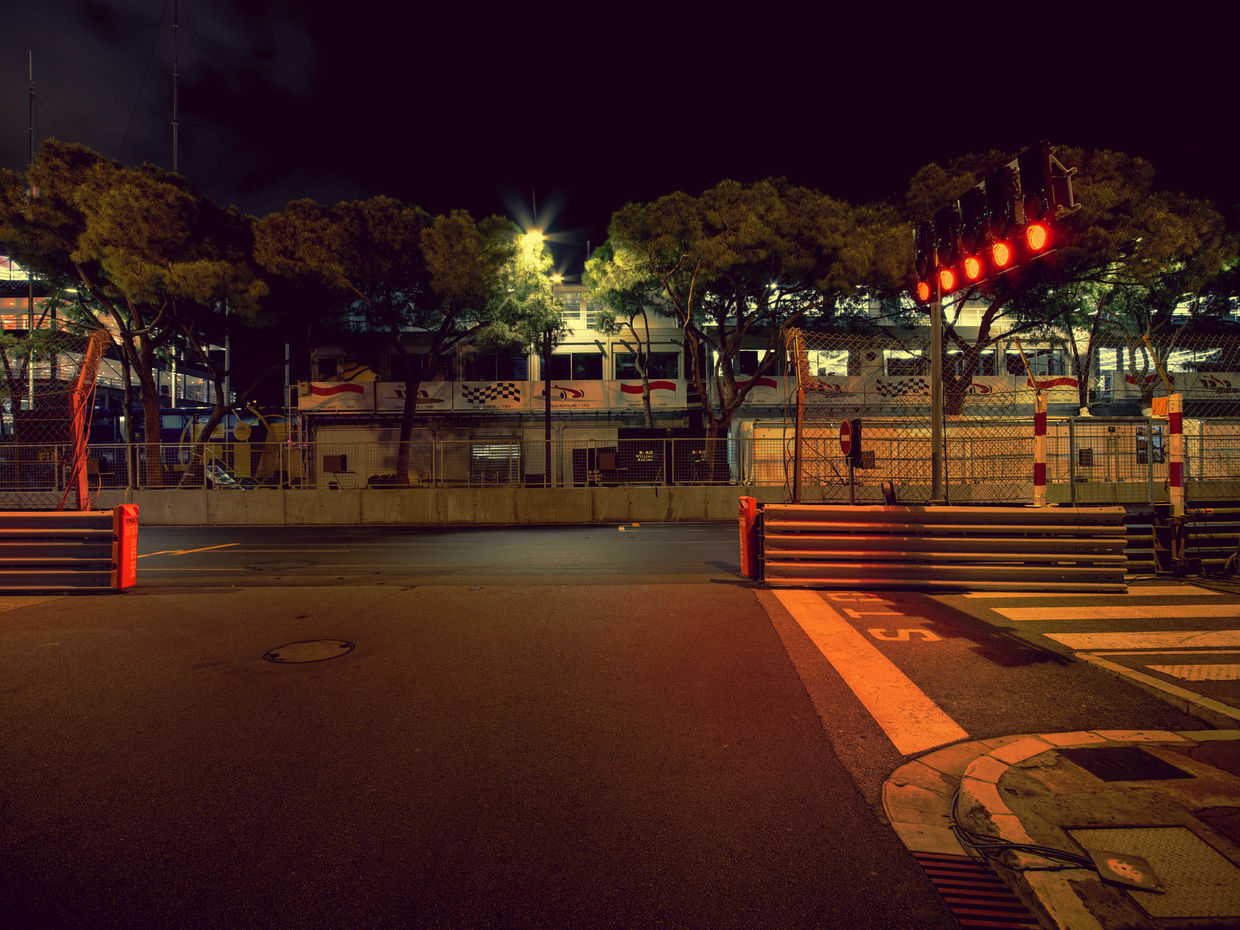 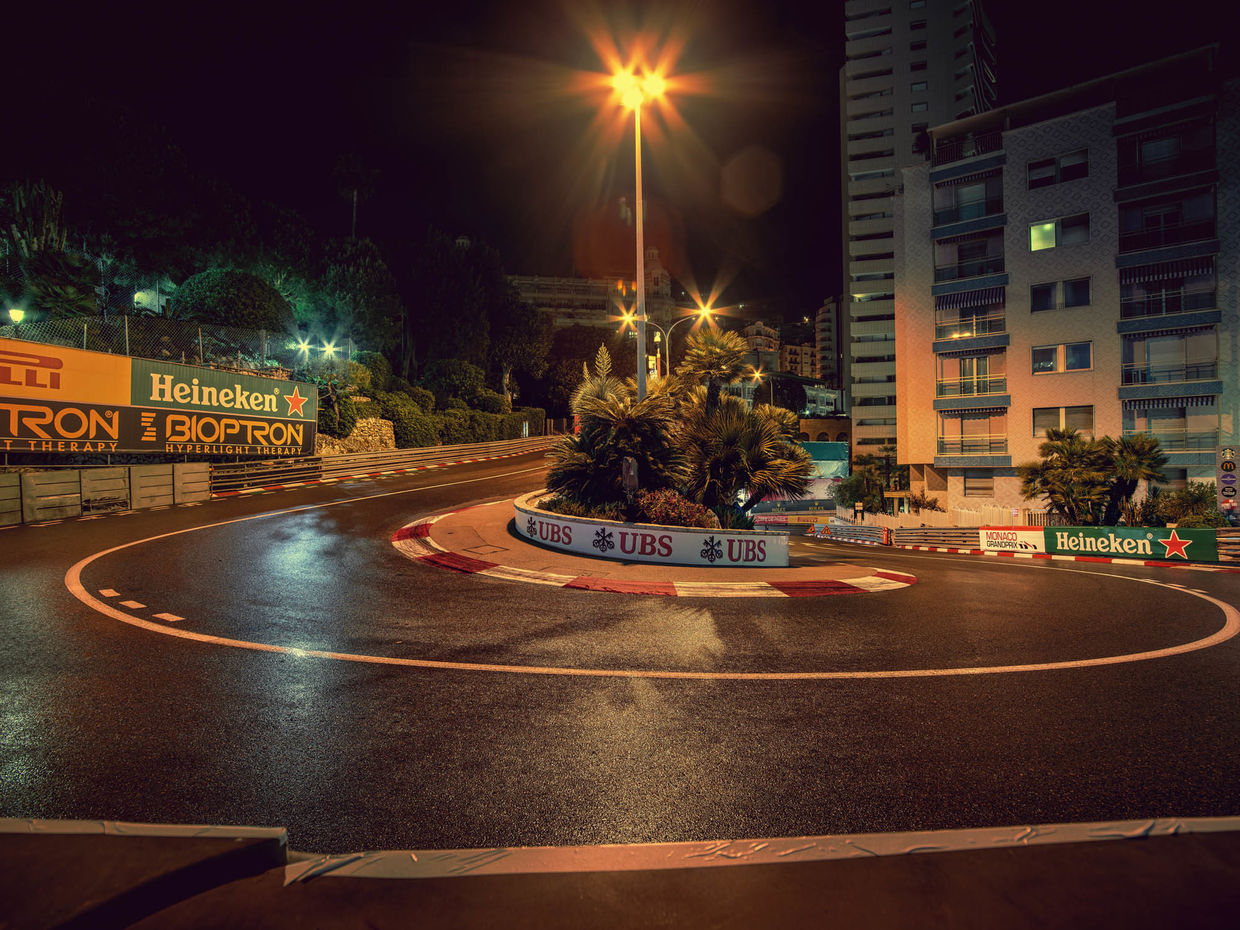