‘What forms – what a design…’ – ANKE LUCKMANN celebrates the JAGUAR XJS

The JAGUAR XJS is a Gran Turismo manufactured by Jaguar, the British carmaker steeped in tradition. With 115,413 vehicles, it is considered the most successful Jaguar sports car model to date. There are a total of around 21 different models in three consecutive series.

The Jaguar XJS was staged by Anke Luckmann in sporty angles and lights up the set with the innovative Gybow technology. Gybow is a revolutionary lightweight LED rig system that paints natural lighting and reflections from 360º HDRI environments onto cars.

With the last Jaguar E-Type, manufactured in 1974, Jaguar unfortunately left the market for roadster sports cars, for which the British automotive industry was particularly famous. 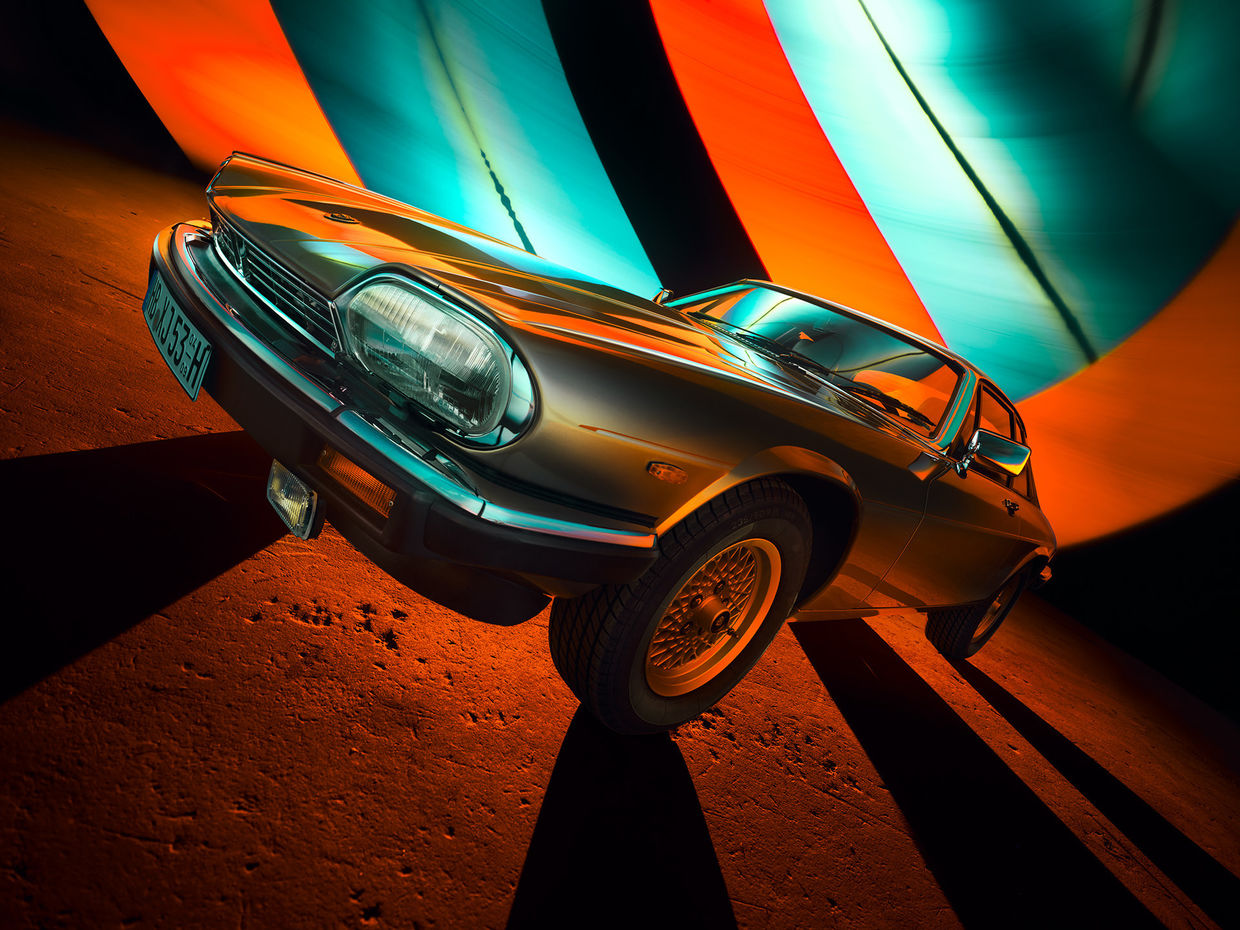 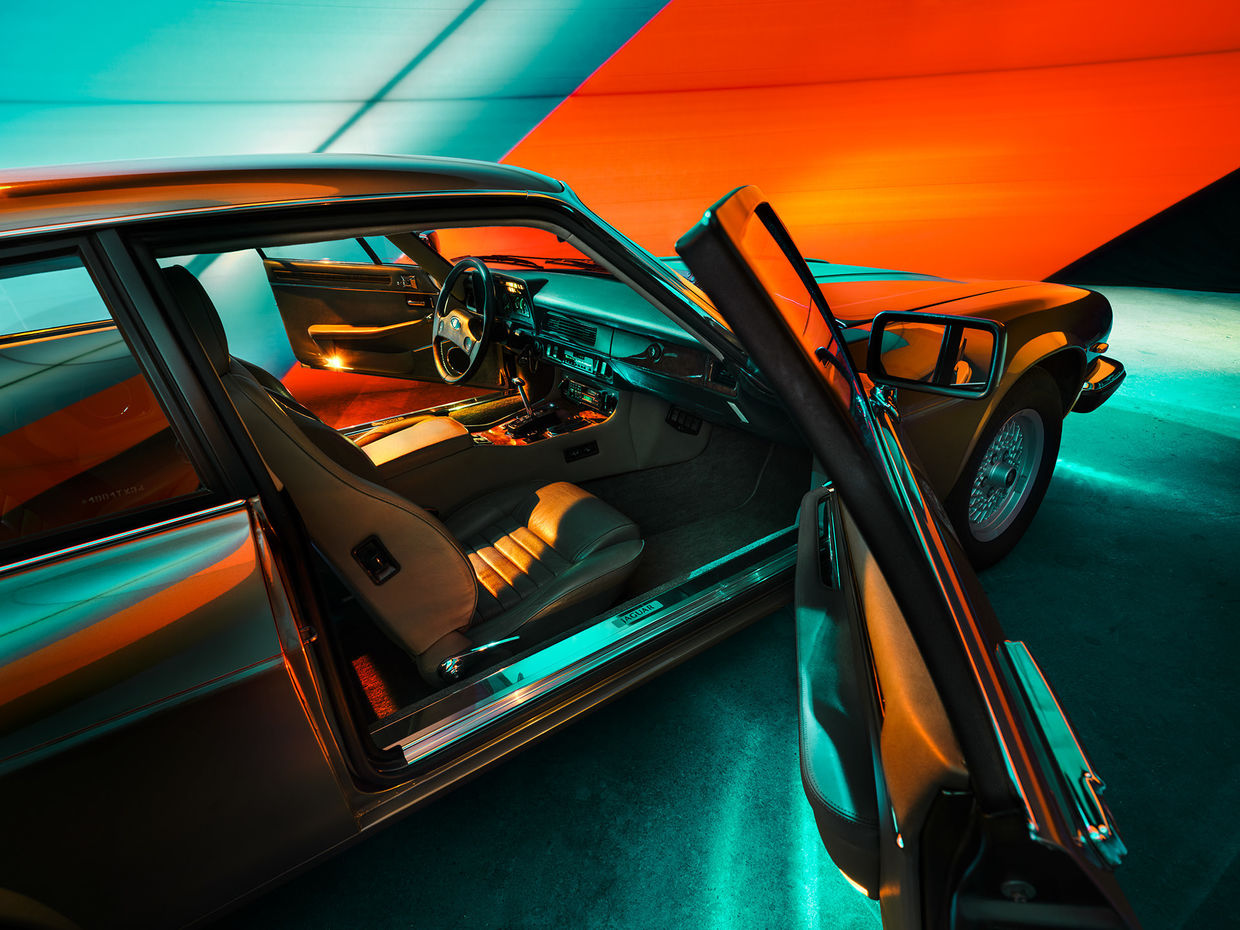 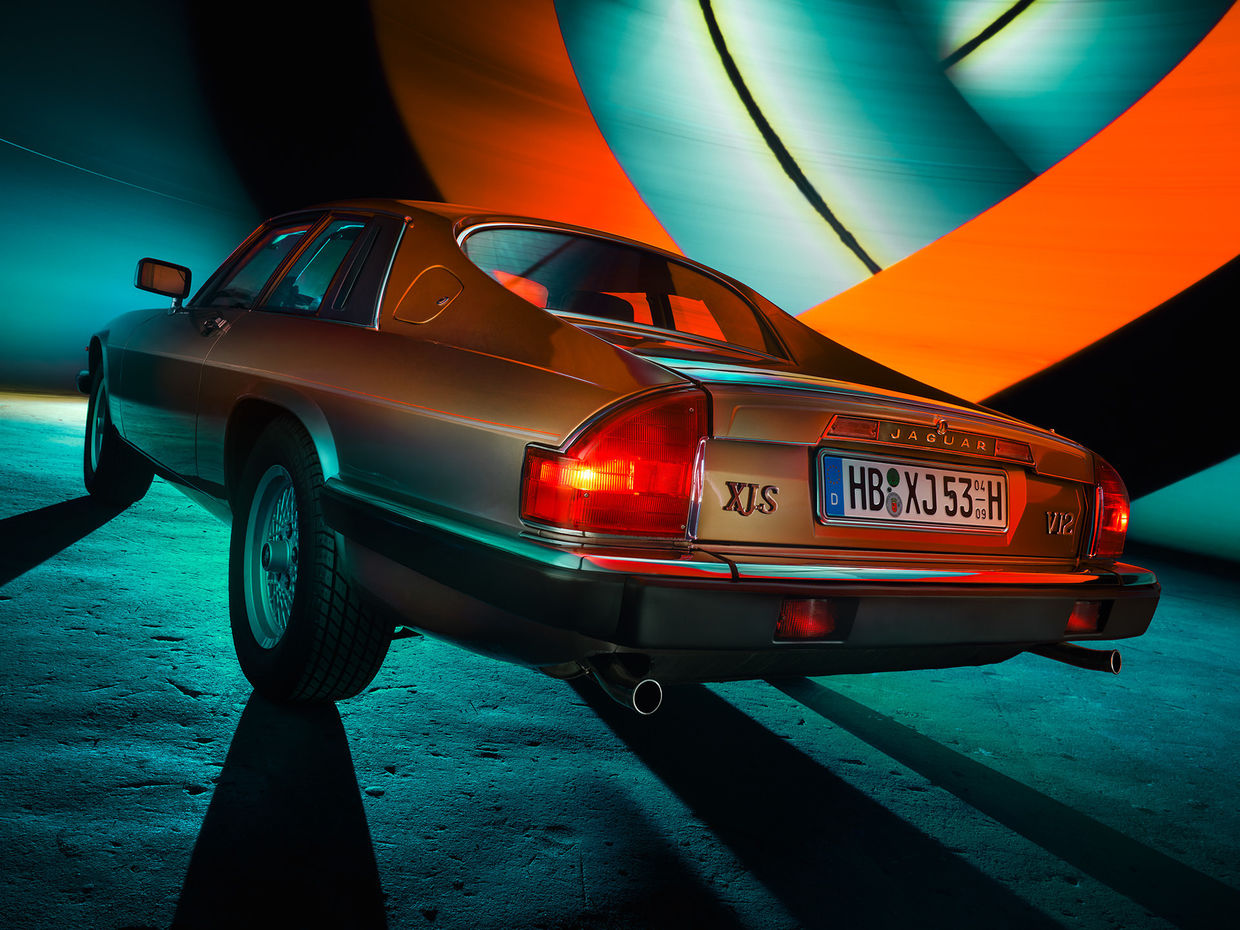 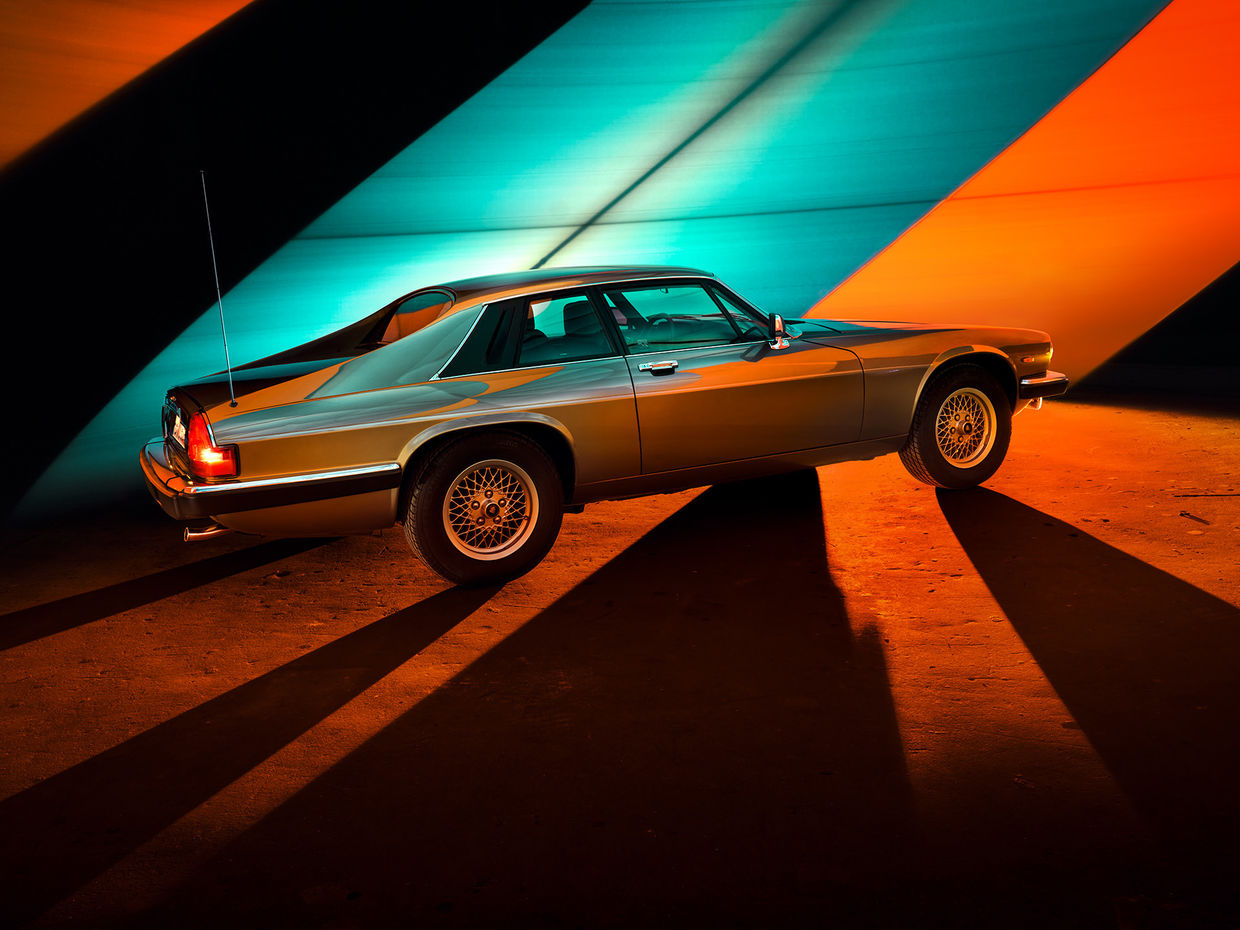 One of the last of its kind : “Now the third model of the cooperation with TOYOTA GAZOO Racing, the GR86 levels up development of the Toyota GT86 – delivering everything its predecessor can do, only even better. The GR86 sticks with the classic configuration of a front-mounted engine and rear-wheel drive as in the GT86 but gains a significant increase in performance and torque. The GR86 also sports an eight-inch center touchscreen and a seven-inch multi-information display.” Toyota says about the new and sporty model.

The TOYOTA GR 86 was photographed by ANKE LUCKMANN for the agency DENTSU against the backdrop of a Spanish landscape. Sunrises, overcast skies, curvy mountain serpentines, shadowy forests – the red sports car cuts a fine figure no matter where it goes – and is definitely ready for the road.

The new GR 86 is sold in Europe for only two years, making it an exclusive offer for customers: First come, first serve (subject to availability). Starts at € 32,900. 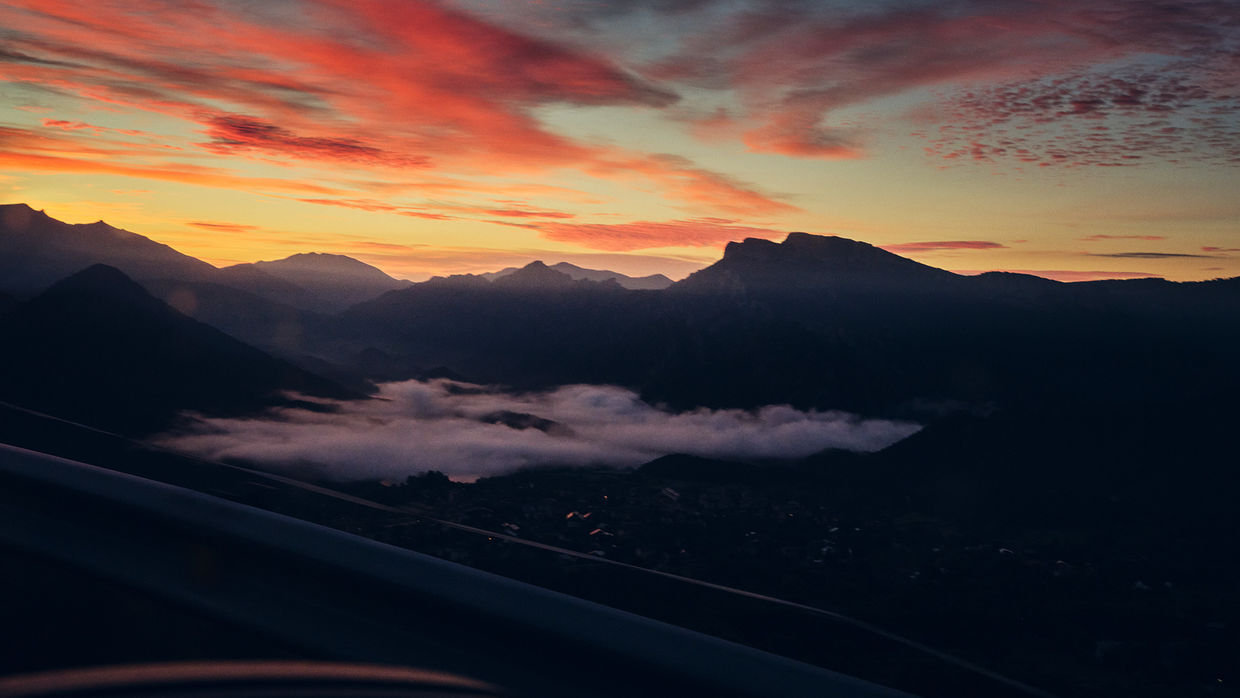 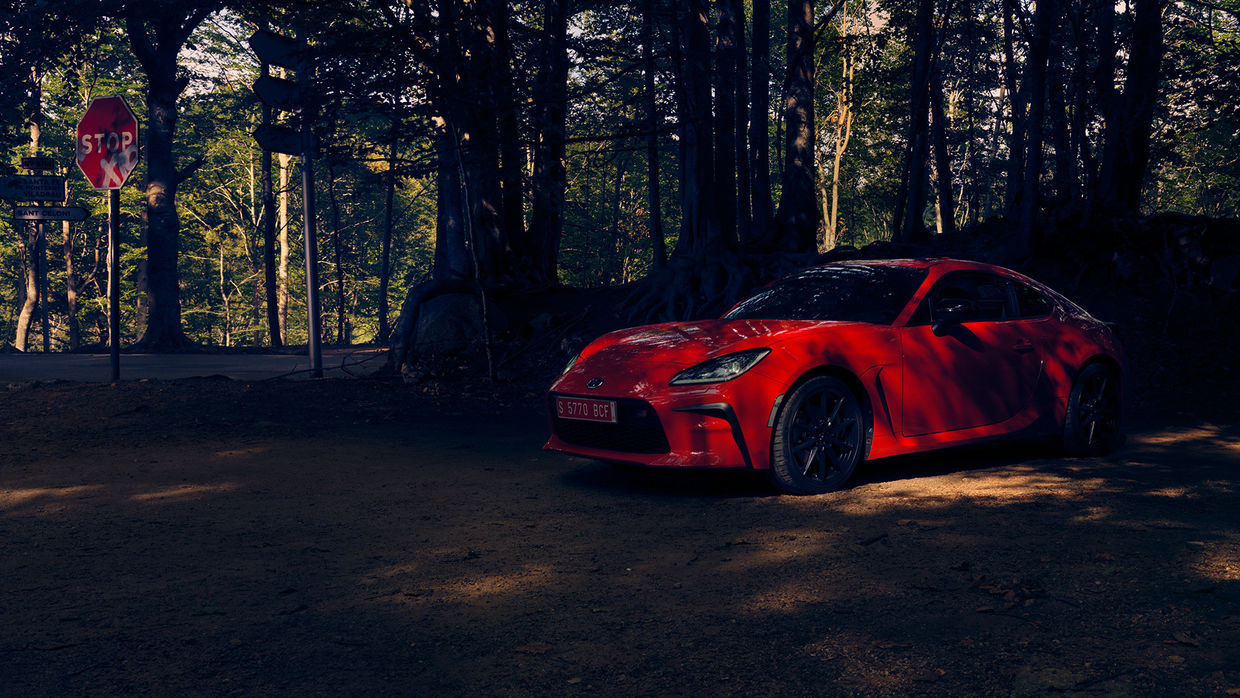 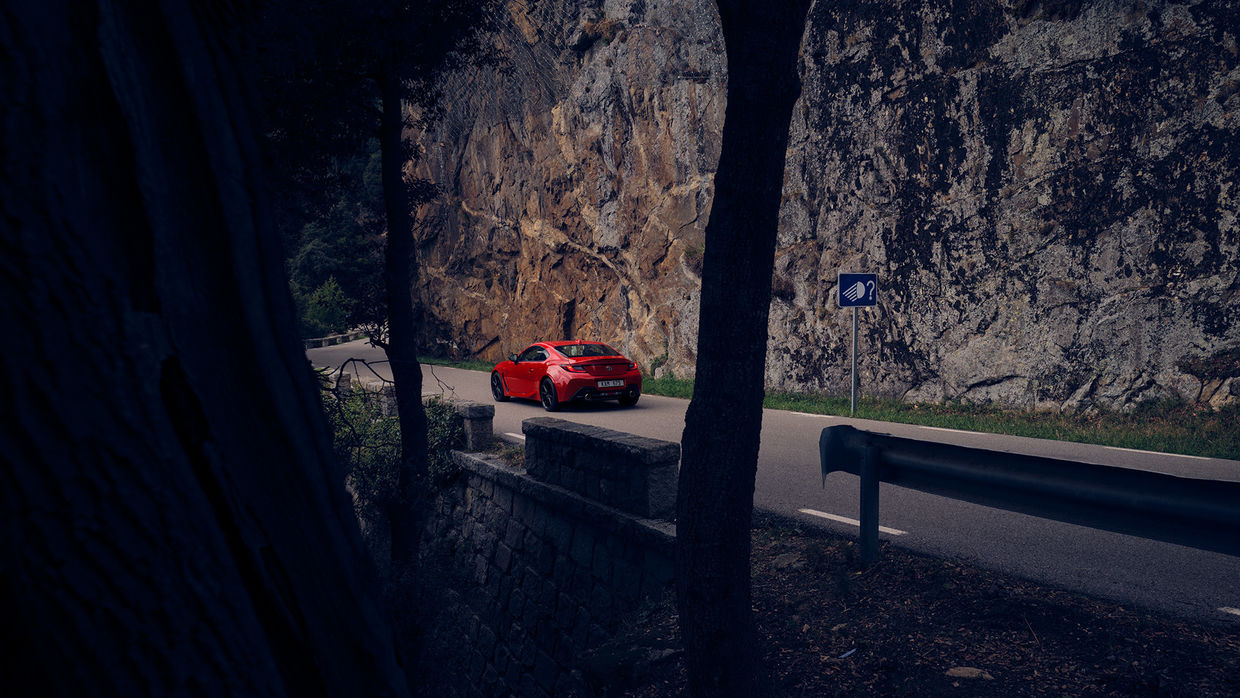 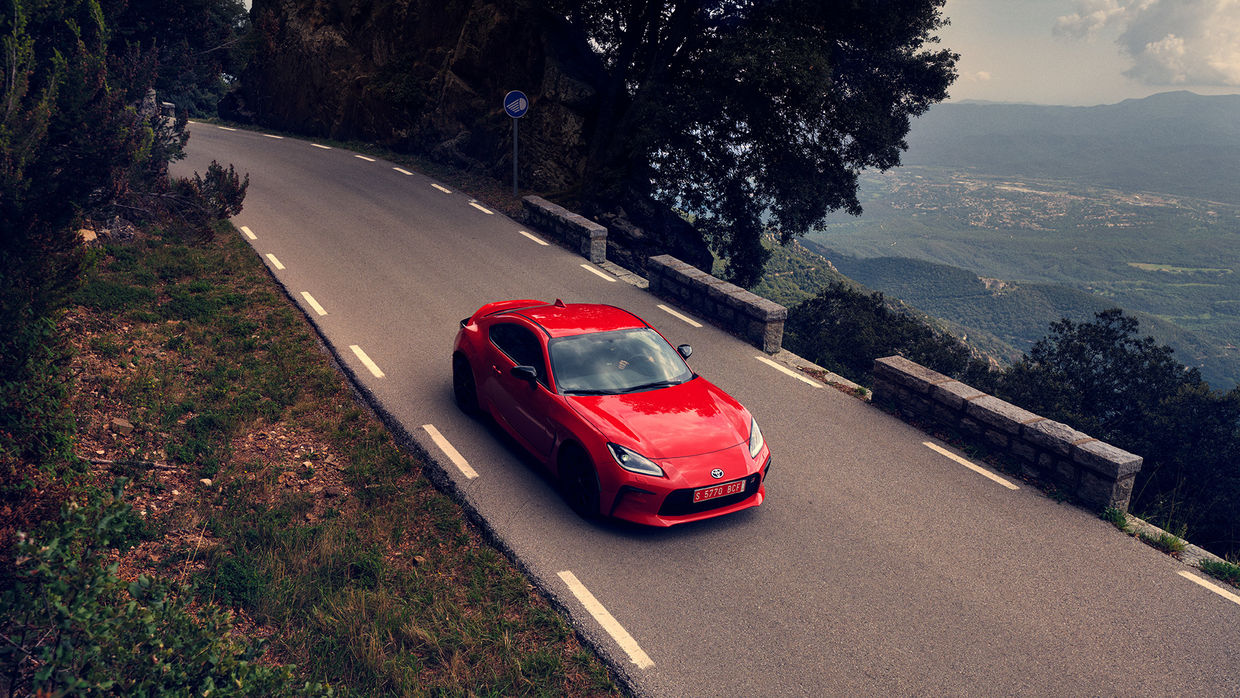 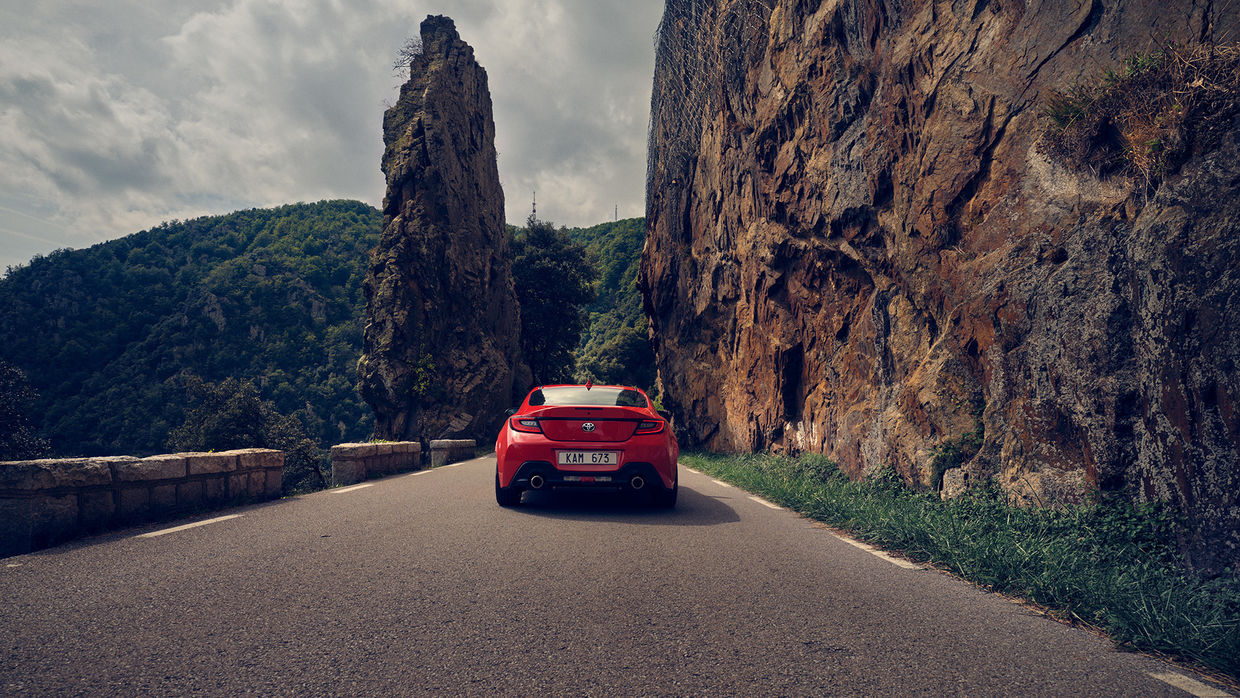