WILD – the first book of the series BOOKS FOR FRIENDS at EDITION LAMMERHUBER presents you a retrospective of the best photographs by legendary National Geographic photographer MICHAEL NICHOLS... including an exhibition at the Museum of Natural History in Vienna

Some see Michael ‘Nick’ Nichols as the Indiana Jones of photography. To others, he is the man who made wildlife photography what it is today. To many, he is simply the best photographer in his field. Nichols is without exaggeration an icon of photojournalism. A single objective has stuck with him from the very start of his career: to capture the wildest landscapes on our planet and the creatures that call them home unlike anyone before him.

Michael Nichols was able to gain first experiences while working for the magazine GEO, before becoming a member of the agency Magnum three years later. From 1989 to 2015, Nichols worked on 30 reportages for National Geographic magazine where, from the very beginning, he had pursued one objective: to shed light on wild, untouched landscapes, and with them, the creatures that live there. Deeply immersed in his work, he spent several months on end getting as close as possible to the animals so that he could observe their behavior in their habitats.

Nick Nichols has worked, among others, with renowned primatologist, Dr. Jane Goodall, and traveled across Africa from east to west with environmental activist Mike Fay. The focus of his work has always been on the preservation of natural habitats. Throughout his extensive oeuvre, he has amalgamated photography with journalism but also with science and technology. “How do you manage to get so close to the animals?” – a question Nichols hears over and over. He often answers tongue firmly in cheek: “It’s actually quite easy: Sometimes, I’m not even there.” And indeed: Several of the photographs were taken with the aid of camera traps. Such devices can be operated completely unnoticed and allow the photographer to be in a certain location and somewhere else at the same time. “I had to teach my camera to think on its own, as if it were me, and to adapt to the light conditions by itself...”

His work on lions in the Serengeti, a study on Indian tigers Sita and Charger, a reportage about chimpanzees which he collaborated on with Jane Goodall, and many more topics and photos grant insight into Nick Nichols’ magnificent career and are the result of his meticulous work ethic. They exhibit nature and its creatures in their most primal state, unembellished and unvarnished, depicting them as the dangerous and fascinating animals, impossible to tame, which they are.

Nichols’ works have been awarded several prizes, including the World Press Photo Award, Wildlife Photographer of the Year Award, Sony World Photography Award... his photo Surfing Hippo was awarded by TIME magazine as “one of the most influential images of all time”. His last solo exhibition to date, which took place at the Philadelphia Museum of Art, was seen by 250,000 visitors in 2017.

The book WILD was edited and designed by Nick Nichols personally. His photos are arranged chronologically in the order they were created for the agency Magnum and later for National Geographic. From 1980 to 2018. Almost 40 years at the pinnacle of photography. The result is this very book, a book Nick has dreamed about “his entire life as a photographer”. Uncompromising. The ultimate book. In oversized landscape format, 320 pages. 240 photographs – his very best work. Without texts, Nick Nichols lets his photos speak for themselves. The book comes with a special edition print. It is made for the photographer himself and his friends – a true Book for Friends.

“This book is to be displayed and left open to a page that sings for a time. It is as if I had made 240 limited edition prints of my career and had given them to all of you. This is truly meant as a BOOK for FRIENDS.” Michael Nichols.

Books for Friends is a new ordering system at Edition Lammerhuber designed to honor the work of the best photographers in the world in a very special way. Published exclusively under this label are lifetime achievement books, retrospectives, long-term projects or topics of excellence. Only top-level photographers are invited into this club and each given the chance to design their own personal, ultimate book.

WILD by Michael Nichols is the first of the series. The 500 editions ordered come with a personal handwritten dedication. Orders received by 31. May, 2020, have a good chance at receiving this personal entry. The books are sold ONLY directly via the website booksforfriends.photo.


About – MICHAEL NICHOLS, a native of Alabama /USA, is an award-winning photographer whose work has led him to the most remote corners of the globe. Since 1996, he has worked for the magazine National Geographic and was named Editor-at-Large in January 2008. From 1982 to 1995, he was a member of Magnum Photos, the most prestigious photo agency founded in 1947 in Paris by Henri Cartier-Bresson and Robert Capa.

He photographed 30 stories for National Geographic, the last of which was entitled The Short Happy Life of a Serengeti Lion. To meet the challenge of “showing lions like they have never been seen before”, Nichols entered into a whole new realm of photographic technology. He photographed the King of the Jungle with the aid of an infrared camera, a robot-controlled miniature vehicle for eye-level views, and a tiny, camera-bearing electric helicopter. LOOK3 Festival of the Photograph in Charlottesville/USA and Visa Pour L‘Image in Perpignan/France honored this extraordinary work with extensive exhibitions.

Early in his career, Nichols displayed such exceptional photographic behavior that he was dubbed “The Indiana Jones of Photography” by Paris Match. At the time, Nichols was featured mainly in Rolling Stone, Life, Aperture, and American Photographer. He has won first prize four times for nature and environment stories in the World Press Photo competition. Several other awards were soon to follow, among others, from the Wildlife Photographer of the Year and Pictures of the Year International competitions. In 1982, the Overseas Press Club of America awarded him a prize for reporting “above and beyond the call of duty”, an honor usually reserved for combat photographers.

Born in 1952, Nichols’ training in photography began when he was drafted into the U.S. Army’s photography unit in the early 1970s. He later studied at the University of North Alabama, where he met his mentor, former Life magazine photographer Charles Moore.

In December 2012, National Geographic magazine dedicated its cover story to the topic of The World’s Largest Trees. As a journalistic world premiere, it featured a 5-page foldout of a Giant Sequoia, which Nichols constructed from 126 individual images. As if this were not a great enough challenge, the images of the 75-meter-high, 3,200-year-old tree were shot during a California blizzard. This breathtaking result built upon the technique used in Redwoods: The Super Trees, where Nichols broke new ground in photography of the world’s tallest trees with the aid of innovative rigging techniques to create an 84-image composite of a 391.5-meter-tall, 1,500-year-old redwood tree.

In Fall of 2013, Aperture published Earth to Sky: Among Africa’s Elephants, a Species in Crisis. Nichols highlights the elephant crisis through poignant images that bring us directly into their habitats – lush forests and open savannas, or stark landscapes ravaged by human intervention – to observe the animals’ daily engagements and activities.

In 2015, Nick and his wife Reba led the National Geographic team in the completion of a special issue on the oldest national park in the world: Yellowstone. Yet another masterpiece.

In 2016, Melissa Harris, Editor-in-Chief of Aperture Foundation, published the book Wildlife – an extensive biography of Nick Nichols. That same year, Nick Nichols’ lifetime achievement was honored by Visa pour I’lmage in Perpigan/France. Nichols’ work has been published in five further books, including Keepers of the Kingdom, a photographic essay, which reflects upon the changes in U.S. zoological parks; The Year of the Tiger, which focuses on the world’s remaining tigers; and Brutal Kinship, a look at the timorous bond between man and chimpanzee, with text by Jane Goodall. In 2020, Nick is publishing the book WILD, a retrospective of his very best photographs, with Edition Lammerhuber.

Michael Nichols founded the LOOK3 Festival of the Photograph in Charlottesville/USA in 2007, which he directed until 2015. Nichols lives with his wife and artist, Reba Peck, in Sugar Hollow/USA. 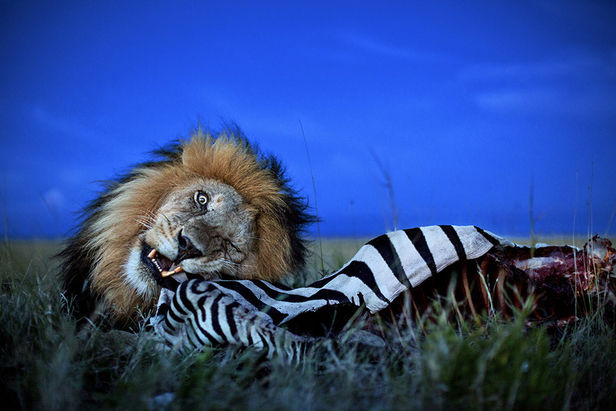 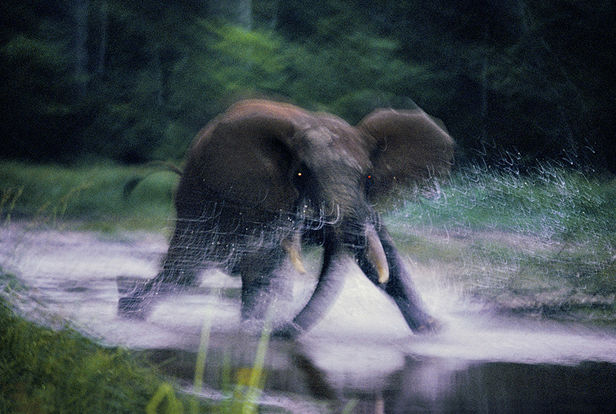 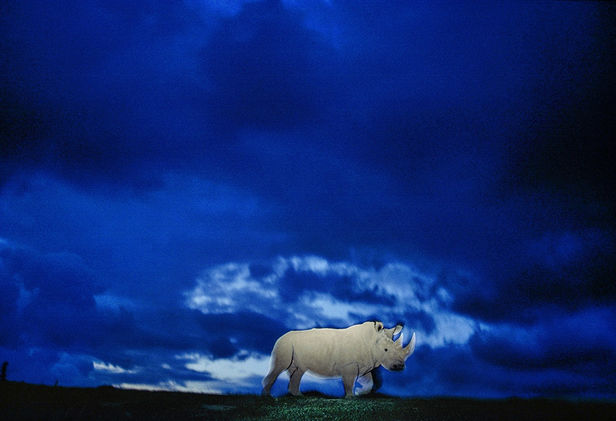 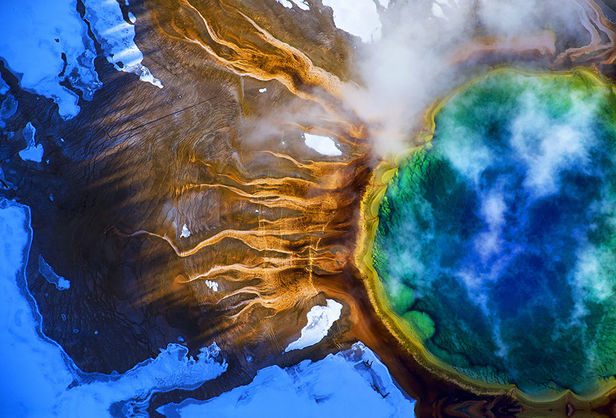 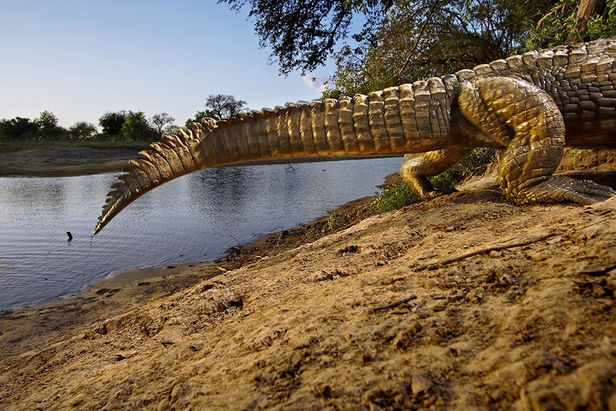 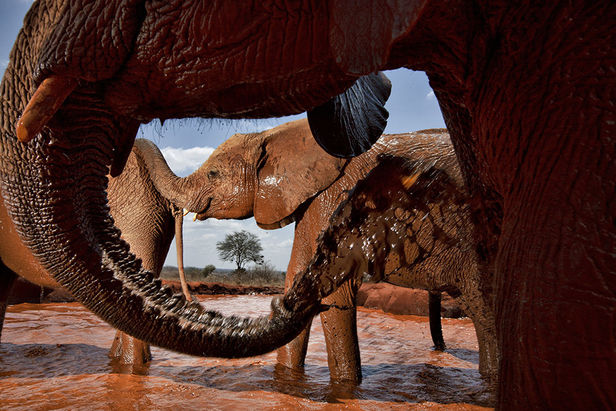 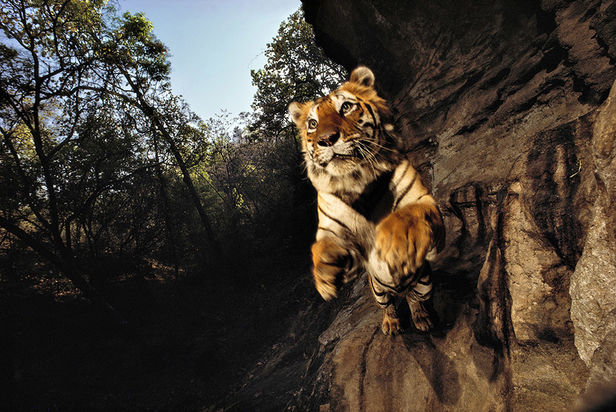 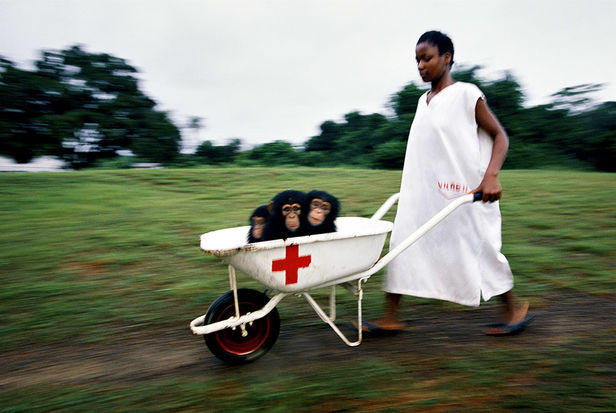 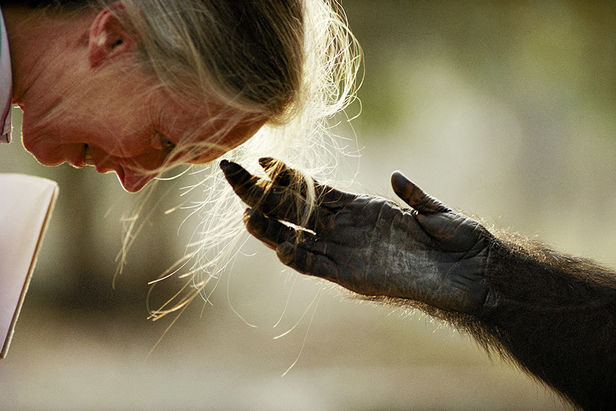 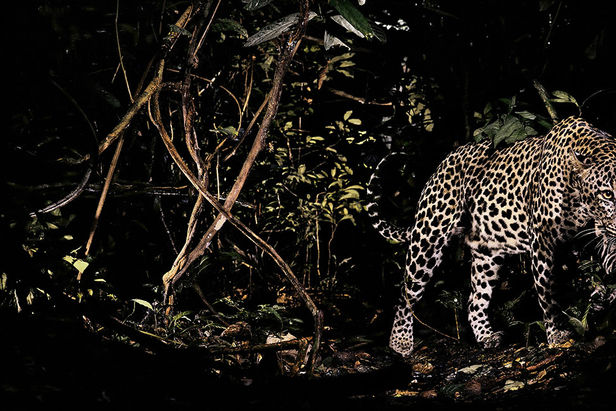 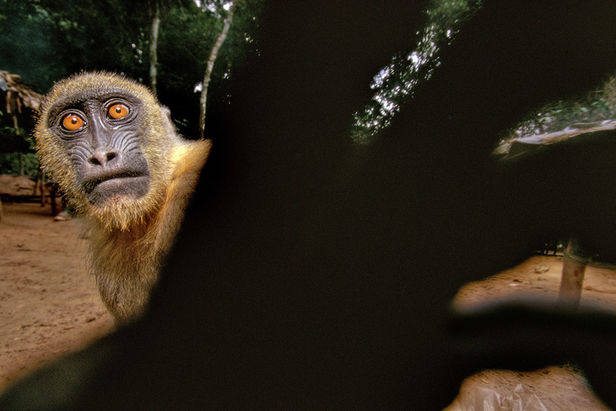 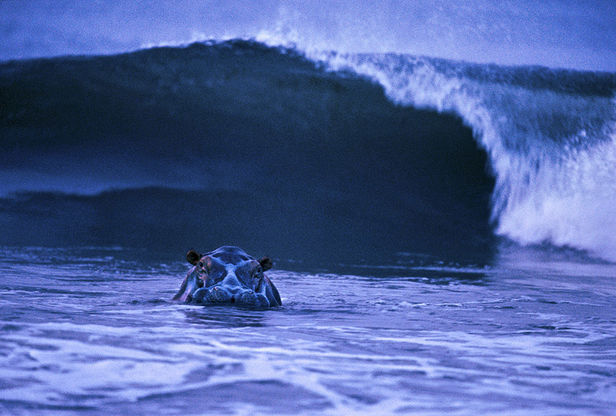 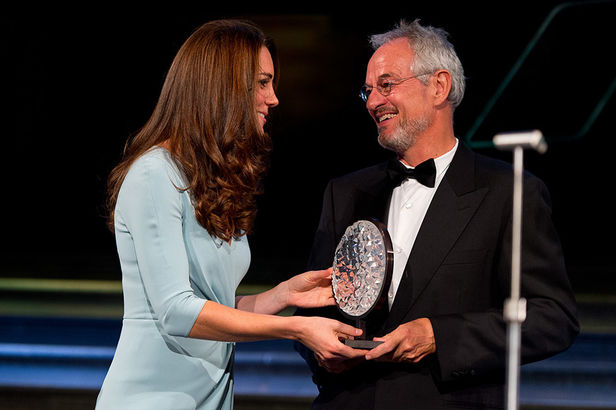 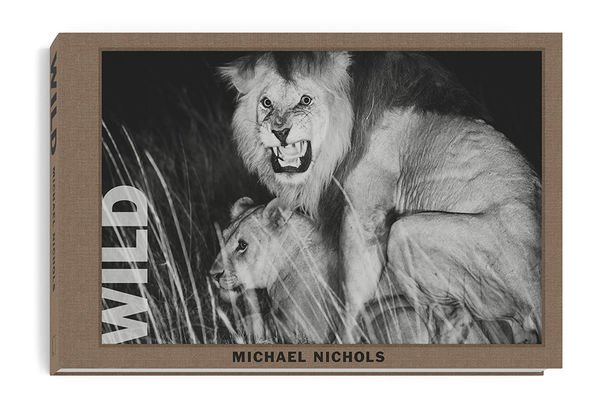 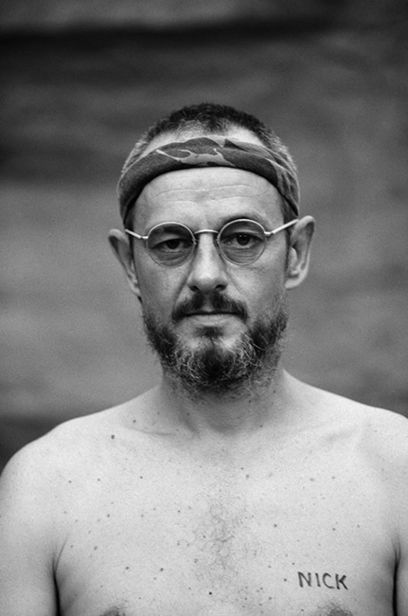