TUMI introduces CONTINUUM [12:00 GMT], a new scent that is the perfect companion on a man’s journey – post production and production in the hands of NOW OPEN

International travel and lifestyle brand TUMI announces the launch of its third fragrance for men : CONTINUUM [12:00 GMT]. CONTINUUM [12:00 GMT] is the newest addition to the previous line of fragrances AWAKEN [08:00 GMT] and UNWIND [20:00 GMT], and reflects the lifestyle of the ultimate trailblazer, who is purposefully impulsive : always wandering but never lost. He is on a journey and knows his destination : seeking adventure and thrill within success.

Victor Sanz, Creative Director of TUMI, tells us about the fragrance : “In light of a world where people are rediscovering travel, continuing TUMI’s foray into fragrance meant learning and understanding the different scents one can experience on a journey. The notes chosen for CONTINUUM [12:00 GMT] were carefully selected to embody those inspirational voyages.”

NOW OPEN was responsible both for post production and production of the campaign. From product modeling, ingredients, environment, animation CGI, color grading, editing and sound – all from a single source. Director : An Le, also c/o NOW OPEN Group.

TUMI CONTINUUM has been available since 9 September, 2021, for 100 US dollars / 100 ml exclusively in the US on TUMI.com and in TUMI retail stores as well as at Bloomingdales. Neiman Marcus, Nordstrom and select high-end retailers have also been offering the fragrance since October.


About – TUMI. Since 1975, TUMI has been creating world-class business, travel, lifestyle and performance luxury essentials designed to upgrade, uncomplicate, and beautify all aspects of life on the move. Blending flawless functionality with a spirit of ingenuity, we’re committed to empowering journeys as a lifelong partner to movers and makers in pursuit of their passions. The brand is sold globally in over 75 countries with upwards of 2,000 points of sale. For more about TUMI, GoSee : TUMI.com & nowopen.tv
12.10.2021 show complete article

An Le x Balmain F/W ‘21 FRACTURE is a brand-new, five-part drama series produced for Balmain in collaboration with Channel 4. The series was created by Creative Director Olivier Rousteing, Michail Papadogonas and Cat Hope. Both the series and campaign stills were shot by photographer AN LE. Production took place in Mexico and Los Angeles, with post production of the motifs exclusively by NOW OPEN.

Victoria, CEO NOW OPEN : “The original artwork was printed, then made into collages and re-scanned and color graded for the final result. It was all done at our studio @nowopentv.”

Balmain took an entirely new approach to present the Fall 2021 collection for its latest campaign : Thanks to a cooperation with Channel 4, the collection was presented as part of the five-part TV drama series, which celebrated its premier on 2 September for the London Fashion Week. This collaboration marked the first branded entertainment fashion cooperation for broadcaster Channel 4 and was the first time ever that a fashion brand cooperated with a TV channel in the form of an exclusive series to present clothing.

You’ll see stars appearing in the lead roles such as singer-songwriter Jesse Jo Stark, Tommy Dorfman (13 Reasons Why), Ajani Russell (Skate Kitchen), and Charles Melton (Riverdale). The mini-series sheds light on songwriter Mya (Jesse Jo Stark) and her relationships to her sister Ari (Dorfman), her girlfriend Edie (Russell), and Noa (Melton), a poet. The story is set in the outskirts of Los Angeles in a rundown motel by the name of Le Rêve, which the characters call their home. And since Balmain loves combining creations with music, the show features original songs by Jesse Jo Stark with compositions by Michael Jezerski.

“Fracture clearly demonstates Balmain’s determination to continue to break down boundaries and engage in unexpected, compelling and entertaining ways with lovers of fashion, music and design,” says Balmain Creative Director Olivier Rousteing. “Fracture’s story, writing, acting, directing and images are incredible – I loved being able to play a part in making this happen, and I can’t get Jesse Jo Stark’s music out of my head.”

Matt Ford, 4Studio’s Commercial Lead : “Fracture is testament to the fantastic collaboration and hard work of everyone involved, and we’re really excited to finally share this incredible drama series together with Balmain. 4Studio is leading the re-invention of short-form branded entertainment, supporting the delivery of Channel 4’s Future4 strategy to accelerate digital growth. We’re looking forward to pushing boundaries together with further premium brand partners in the future to create quality content that our viewers love – wherever they’re watching.”

Pierre Balmain is a fashion company which was founded in 1945 by French fashion designer Pierre Balmain with headquarters in Paris. Particularly in the 1950s and 60s, fashion house Balmain was among the leading international fashion companies alongside Dior with elegant haute couture for women. Today, it is owned by investment fund Mayhoola from Qatar. Jean-Jacques Guével, former CEO of Zadig & Voltaire, is now the CEO of Balmain.


About – Channel 4 is the number one branded social content partner in the UK across all platforms and categories and is the only UK broadcaster to offer a slate of social-first, branded entertainment opportunities to clients and advertisers for publication across its quality, brand-safe social channels – including Facebook, YouTube, Instagram, and All 4.


About – now open creative group is a creative agency for all media and digital content. We work with our clients as creative partners to produce successful campaigns that generate industry acclaim and achieve global success while providing high-end service with relevant aesthetics from traditional visuals to animation. Our team specializes in stills, film, moving images as well as creative content for the luxury, lifestyle, advertising, and entertainment industries. 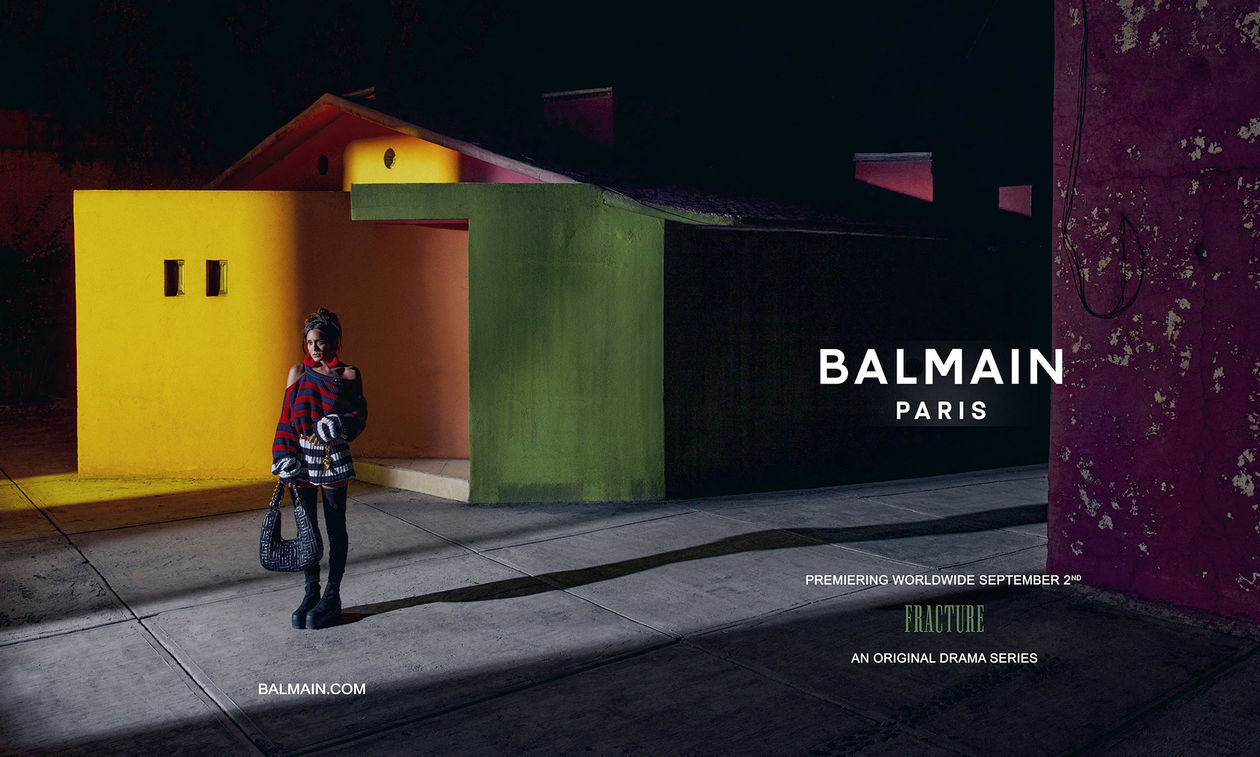 ‘Caution’ was already the fifteenth studio album by American singer and songwriter Mariah Carey. It was released by Epic Records on 16 November, 2018. Responsible for the artwork of the release was photographer AN LE.

NOW OPEN : “An Le photographed the fifteenth studio album by American singer-songwriter and producer Mariah Carey. NOW OPEN teamed up with Epic Records to work on production and post production as well to create motion content for the ‘Mariah Carey Experience’ exhibition in New York as well as her global merchandise to promote her album.”

Mariah Carey, born on  27 March 1970 in Huntington, Long Island, New York, is an American pop, hip hop and R&B legend, songwriter, producer and actress. With 19 No. 1 hits in the US, five Grammys and more than 200 million records sold, she is among the most successful singers of all time. Her estimated fortune of 520 million US dollars also places Mariah among the richest musicians in the world. Mariah Carey is famous for her vocal range of five octaves, which covers all octaves from alto to soprano. In 2019, she was on her most recent world tour with ‘Caution’ – and we can hardly wait to see and hear what’s next. 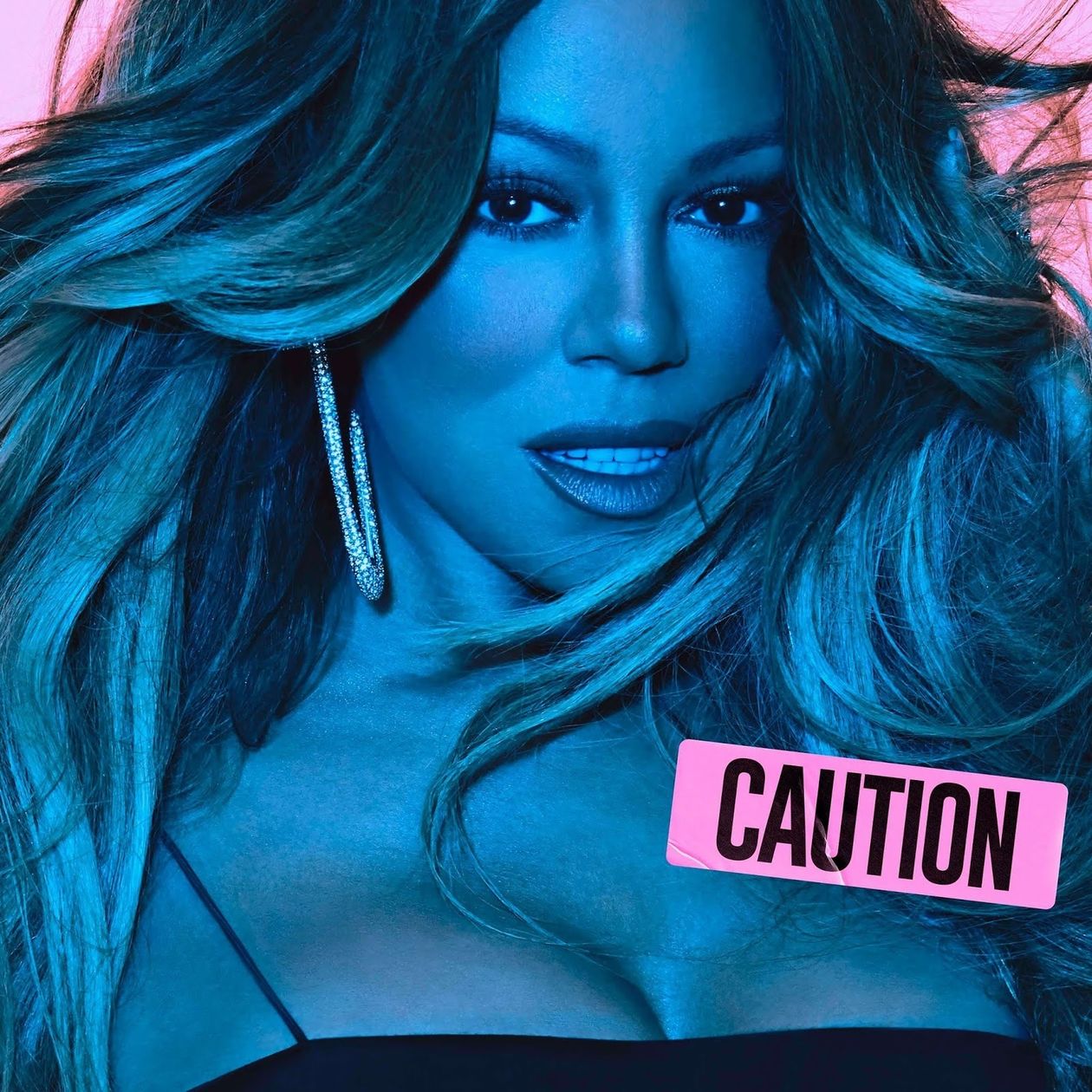