PAVLOV'S DOG, Berlin, presents : Christoph Voy 'It’s dirty, it just looks clean' A sentimental Berlin journey
Like no other city, Berlin stands for a diversity of social life that breaks down boundaries. The driving force behind this unique and often extreme development is pop culture: music, art, fashion. Fueled by a self-empowerment of its protagonists, a pop avant-garde created something that no visionary, no marketing strategist could have conceived alone, let alone created - the world capital of club culture. Due to the pandemic, we are currently experiencing a moment of standstill, which gives us the opportunity to pause. It's the right time to look back, take stock and accept Christoph Voy's invitation to take a sentimental journey through 30 years of Berlin nightlife.

Let's remember the time after the fall of the Wall, a new beginning, when the day dreamers also conquered the night. The newly won free space in East -Berlin with the fall of the Wall formed the basis for a party culture that didn't need an occasion to celebrate, for which it was quite enough to celebrate the celebration itself. "Berlin, nun freue dich" (Berlin, rejoice now) shouted the then governing mayor Walter Momper at the end of 1989, and Berlin rejoiced and celebrated quite firmly - until the day when a global pandemic put a stop to everything.

It's dirty, it just looks clean - The title of the exhibition refers to a warning sign from the operators of WHITE TRASH to their visitors. The English phrase has a lot of Berlin humor, which has always been based on contradiction. At the same time, it also symbolically refers to the origins of nightlife, to its dark side. Christoph Voy is part of this scene and not only its silent observer. Day and night, light and dark - Christoph Voy's photography lives from these contrasts and this finds its correspondence in the strongly contrast-rich realization. Voy doesn't gloss over anything, but doesn't dramatize anything either - his gaze is neither uninvolved nor voyeuristic. His sentimental journey also takes us to places that in many cases have disappeared, such as the RIO, White Trash, Scala, and the Magnet Klub, whose echoes live on not least in the photography and continue to nourish the myth of Berlin. Text : Michael Biedowicz 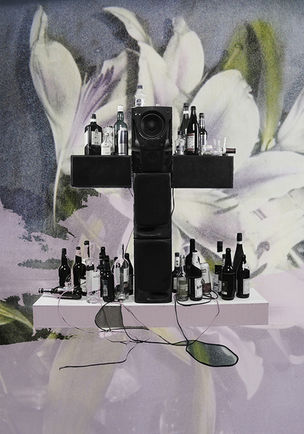 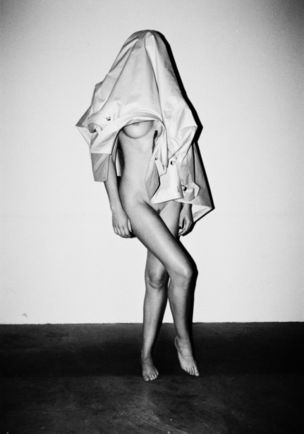 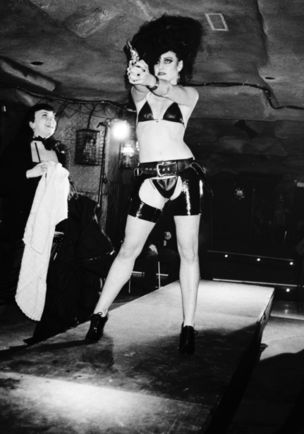 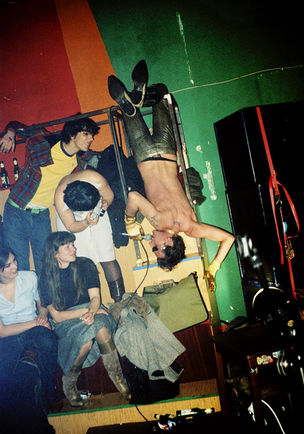 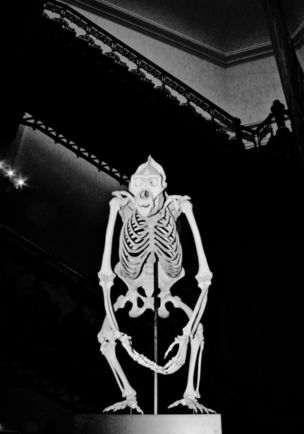 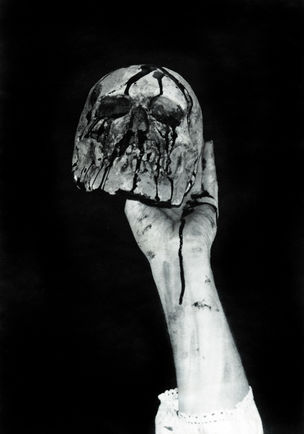 IMAGE // pavlovs dog at Treptow Atelier's: 'Christoph Voy - It’s dirty, it just looks clean' A sentimental Berlin journey; Christoph Voy, Mayhem
Alexander Gehring 'The Alchemy of Colour' exhibition at pavlov’s dog, Berlin
"In his second solo exhibition at pavlov's dog Alexander Gehring explores the relationship between photography and alchemy. To what extent are they still effective today? Alchemists constantly tried to understand nature and its immanent processes and to use the acquired knowledge to intervene in those procedures. The idea to transmute elements is part of it. That wasn't limited to attempting to create gold, but established the reputation as an occult science, as it still is today.

There are mysterious moments in the processes of analogue photography, too. Something visible originates from an invisible image (the latent image) – a reflection of nature and the world. The analogies of alchemy and photography can be experienced in the photo lab. Thus, many people, who marvel at the development of an image on paper in the developing tray for the first time, describe that moment as „magical“. In both cases the use of chemicals, metals and salts starts chemical reactions, that provoke the conversion from invisible to visible and create something new. The darkroom is the core of each photo lab: a mystical space, for insiders only, who know and follow the laws and rules of the space – nothing else than a temple of a secret society.

Alexander Gehring's approach is playful and questions analogue photography. His subjects stay enigmatic and use alchemistic imagery: the elements of nature, their colors and physical states. The frequently used color of red builds a bridge. The red light of the darkroom is also a symbol of the alchemists. Red was the color of colors in alchemy. Amongst others this can be traced back to ruby glass, that was discovered in alchemist experiments. It is still valued today – just as analogue photography." Michael Biedowicz

Berlin-based artist Alexander Gehring (*1981, Bielefeld) studied photography and new media at Bielefeld University of Applied Sciences and London College of Communication. His work has been exhibited at Aperture Gallery in New York, Museum Morsbroich, Warte für Kunst in Kassel, Galeria Tagomago in Paris and The Camera Club of New York amongs others. He was the recipient of the Merck Award of Darmstädter Tage der Fotografie in 2016. 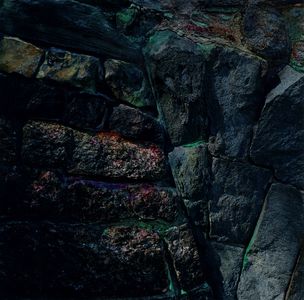 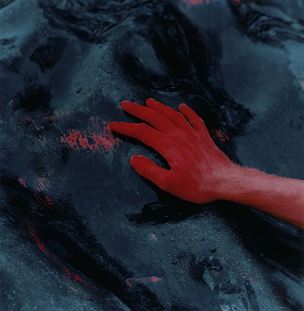 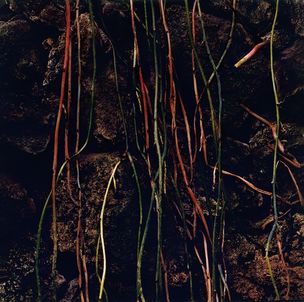 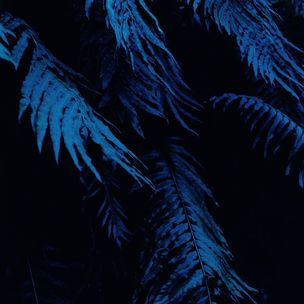 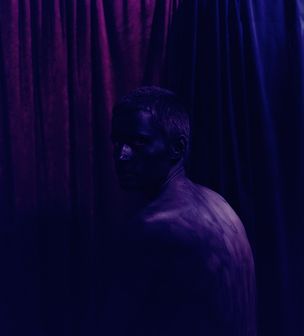 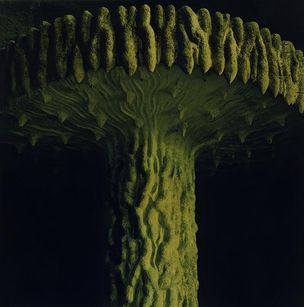