For DEUTSCHE BAHN MOBIL, people & portrait photographer Phillip GÄTZ c/o KELLY KELLERHOFF photographed German-Iranian presenter and artist Michel Abdollahi. Under the title ‘On the road with…’, he interviews big names in show business such as Carolin Kebekus, Ina Müller or singer Clueso for a brand new podcast of DEUTSCHE Bahn on a real train ride. Michel Abdollahi was born in Teheran and moved to Hamburg in 1986 with his family, where he grew up in the Eidelstedt district. Since 2000, he has been quite successfully active in the German-speaking poetry slam scene. In 2005, the professed Muslim founded the event series Battle of the Arts together with his school friend Jan-Oliver Lange, which has developed to become one of the largest independent cultural institutions in Hamburg

Via the agency Territory, the motifs are not only used for the podcast icon on platforms including Spotify or iTunes but also in the latest issue of customer magazine DB Mobil as well as the corresponding PR & press kit. GoSee : abdollahi.info
06.02.2021 show complete article 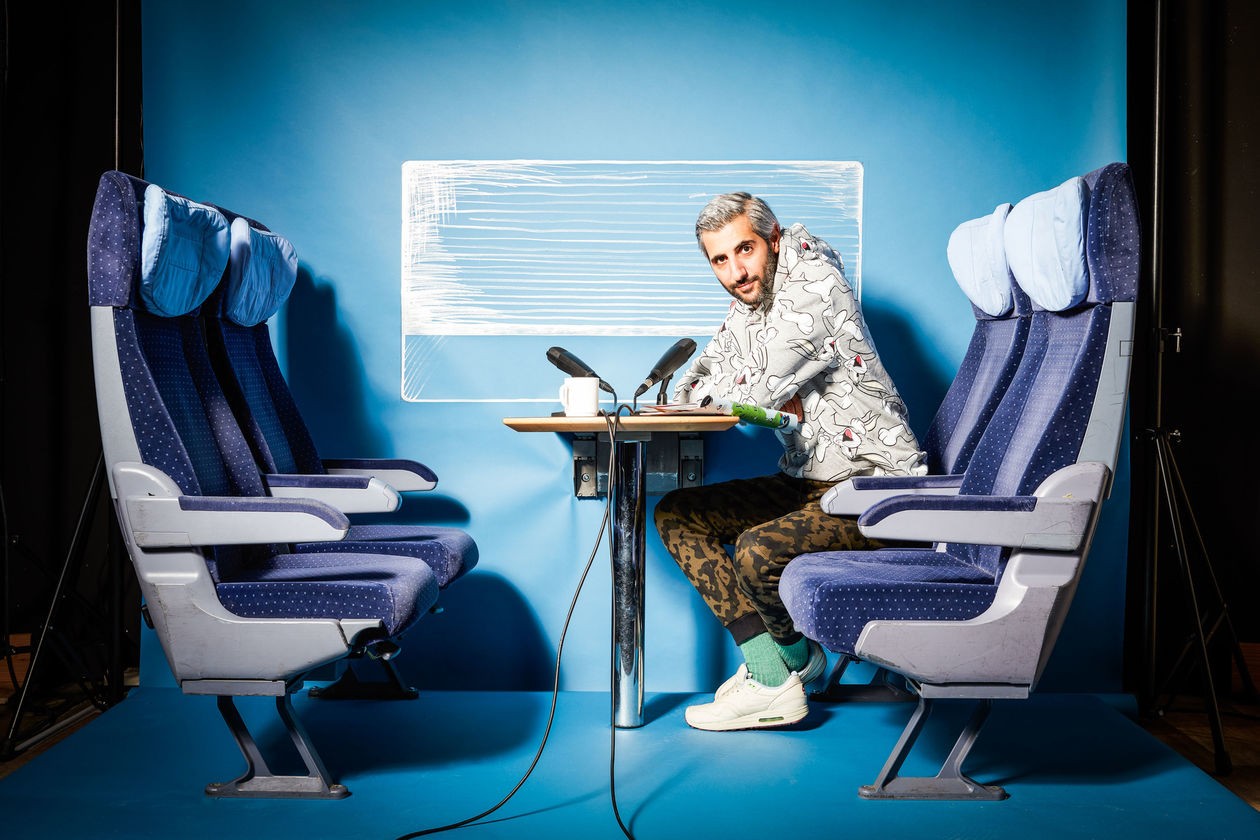