Liu Jo Taps Rankin and his Full Service for its new SS19 Shoe Campaign
Rankin and Liu Jo have joined forces once again for a campaign that puts those seasonal pastels onto the dance floor, with a glitter ball and some fabulous footwear thrown in. So, get ready world, it’s not your average spring campaign, but it’s not your average shoe either - Active Femininity . 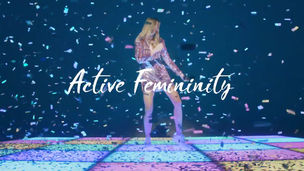 MOVIE // RANKINFILMREPS: Model Milou Sluis for LIU JO by RANKIN
New Rankin film puts spotlight on children forced from their homes
Renowned photographer and director Rankin has joined forces with UNICEF to create a film to highlight the plight of children uprooted by war, poverty and disaster. The thought-provoking video urges people see past the refugee and migrant labels and value each child as a child, first and foremost, no matter where they’re from. The film, set to Bastille’s poignant track ‘Four Walls’, depicts refugee and migrant children watching footage of children in danger around the world. Many of the children who are featured in the film are themselves refugees who have fled the horrors of war and are now trying to rebuild their lives. The film aims to challenge refugee stereotypes and prejudices by giving children a platform to express the same hopes, fears and dreams as any other child.

Rankin said: “I love filming with kids - they are so expressive, they don't hold anything back.  As a dad, I can relate to kids, but every now and then, while we were shooting this, it would hit me what some of these kids had been through. Three Syrian children who were supposed to be in the film couldn’t come. The day before the shoot, their father found out that his brother had been killed in a bomb attack in Aleppo. These children still have close relatives in Syria who are in danger. They told me they miss their families and worry about them every day. We shouldn't label these kids and judge them when what they really need is love, safety and warmth. ‘Refugee’, what does that even mean to a child? A child is a child. And that is all that matters.”

The film is released as a part of UNICEF’s campaign to protect children who have been displaced from their homes and to change perceptions of refugee and migrant children. Around the world, nearly 50 million children are living outside of their country of birth or are displaced within their own country, and at least 28 million of these children were driven from their homes by war and conflict. Lily Caprani, Unicef UK’s Deputy Executive Director, said: “We’re so used to hearing about the refugee and migrant crisis, but the truth is that half of these refugees and migrants are children. First and foremost, this is a children’s crisis.
Children are not responsible for the bombs and bullets, the droughts and disasters – but they are often the worst affected."

UNICEF is working tirelessly to protect these children and give them hope for a happy future. We are there at the reception centres in Greece and Italy when the boats arrive. We’re there in refugee camps around the world and inside Syria, ensuring children have access to life-saving food, water and medical care and providing education, psycho-social support and safe spaces for them to play and just be children. We are also working worldwide to reunite children and families who have been torn apart in the chaos of war and disaster.”

Figures from UNICEF state the global number of refugee and migrant children moving alone has reached a record high, increasing nearly five-fold since 2010. At least 300,000 unaccompanied and separated children were recorded in some 80 countries in 2015-2016, up from 66,000 in 2010-2011. Millions of children find few opportunities to move safely and tens of thousands of mostly unaccompanied children are taking highly dangerous and often life threatening routes. On these journeys they are often at the mercy of smugglers and traffickers and at risk of exploitation, abuse and death.

Bastille, whose track Four Walls’ is used in the film said: “We are honoured to stand with UNICEF and refugee and migrant children. We hope this film will raise awareness of the children caught up in the refugee and migrant crisis and remind people that a child is a child, no matter what. All children deserve love, a safe home and hope for a happy future.”


About Unicef - is the world’s leading organisation for children, promoting the rights and wellbeing of every child, in everything we do. Together with our partners, we work in 190 countries and territories to translate that commitment into practical action, focusing special effort on reaching the most vulnerable and excluded children, to the benefit of all children, everywhere. Unicef UK raises funds to protect children in danger, transform their lives and build a safer world for tomorrow’s children. As a registered charity we raise funds through donations from individuals, organisations and companies and we lobby and campaign to keep children safe. Unicef UK also runs programmes in schools, hospitals and with local authorities in the UK. For more information please visit unicef.org.uk
© // 1 file show complete blog 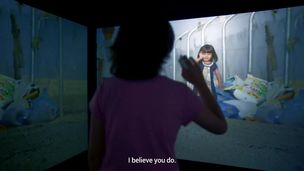 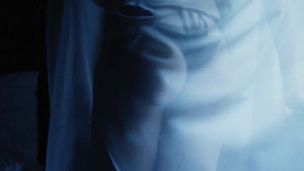