‘1.5 Lifestyles’ for a more sustainable life with collages by Anton HALLMANN c/o SEPIA

The study ‘1point5lifestyles’ examines what we can change in our everyday lives to achieve the climate goals. Anton HALLMANN c/o SEPIA combined three areas of life in a collage: How can we eat, live and be mobile in a more sustainable manner? For the ZOE Institute for Future-Fit Economies.
16.05.2022 show complete article 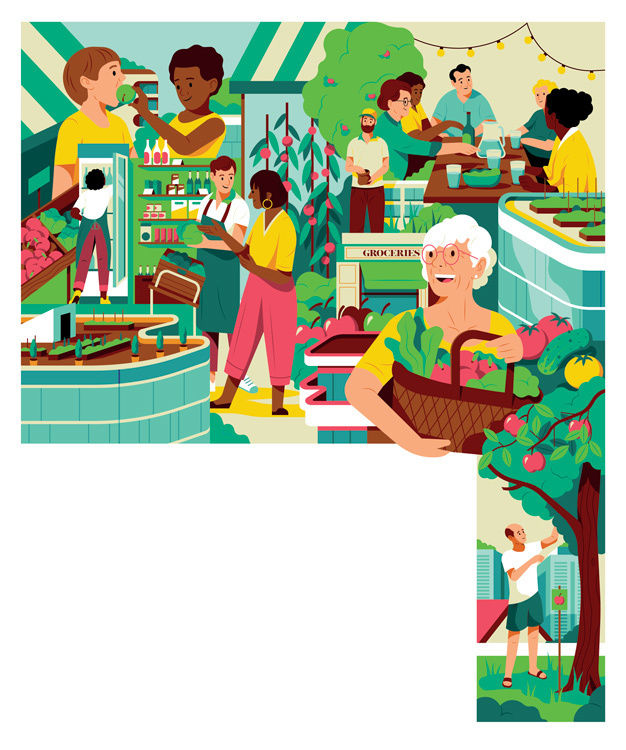 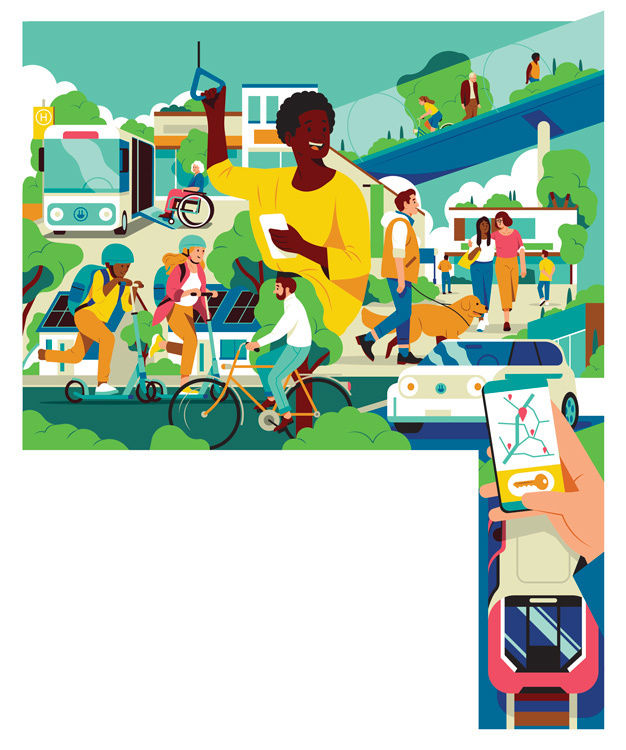 ‘LaBrassBanda. Around the world barefoot and in lederhosen’ – the book about iconic band LaBrassBanda at Polyglott, with illustrations by Frederik JURK c/o SEPIA

Frederik JURK c/o SEPIA portrayed iconic band LaBrassBanda. Their music: unbridled joie de vivre that unites people all over the world. The illustrations for the brass musicians appeared at the beginning of April in their book LaBrassBanda. ‘Around the world barefoot and in lederhosen.’ published by Polyglott, a brand belonging to Gräfe und Unzer. Together with his band, frontman Stefan Dettl tells the most beautiful and bizarre stories from their travels on five continents and in their home country.

Frederik Jurk is an illustrator and lives in Hamburg. The light-handed stroke of his pen has been sought-after by magazines and publishing houses for more than ten years.
15.05.2022 show complete article 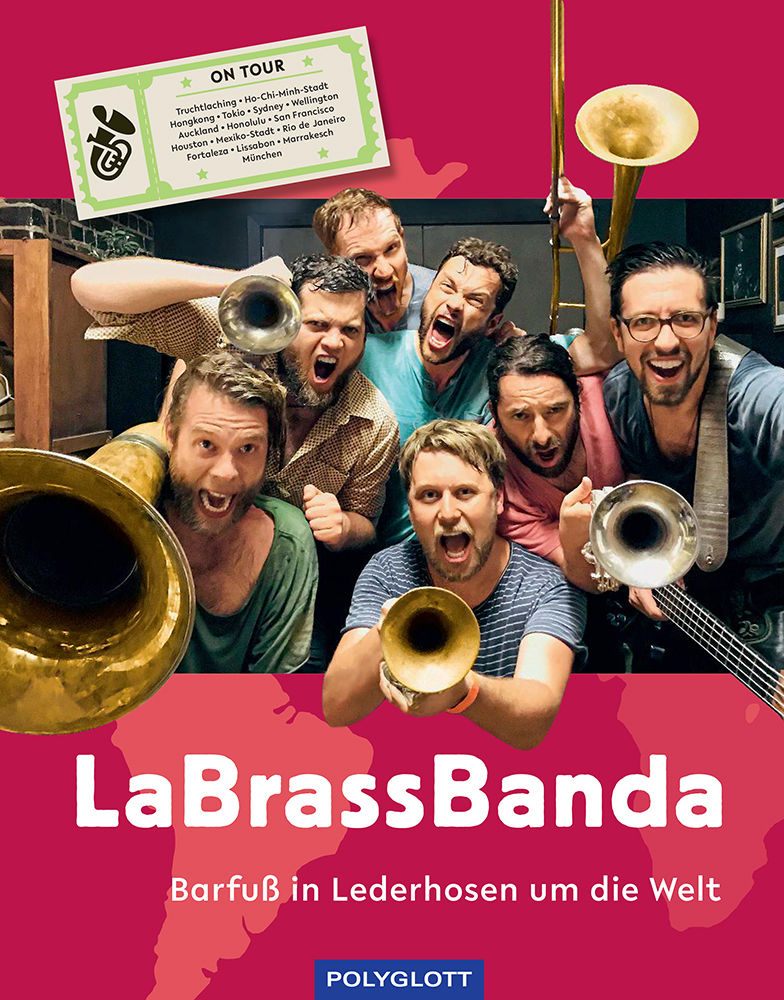 Luca BOSCARDIN c/o SEPIA is an Italian illustrator who currently lives in Amsterdam. His seemingly simple and minimalist style never fails to unfold its enticing effect with ease. Which, of course, is something his clients like – and his skills are sought after also, or particularly, when it comes to serious or complex topics.

For STERN Crime, he illustrated the story of Toni Musulin, the former driver of an armored vehicle. Toni stole an entire cash delivery van full of money from the Bank of France. 11.6 million euros, of which 2.5 million still remain missing even after his arrest. Since the theft was carried out without the use of violence, most of the money was found, and he turned himself in voluntarily, he was sentenced to only three years in prison according to French law.

Stern Crime – On more than 140 pages, true crime stories are examined in every aspect. The focus of the stories is not on the crime itself, but on the people involved in it. Stern Crime not only wants to know how the criminal cases happened and how they were solved, it is also always interested in the fate of the victims and what made a person commit the crime. Stern Crime is a publication of Gruner + Jahr GmbH. 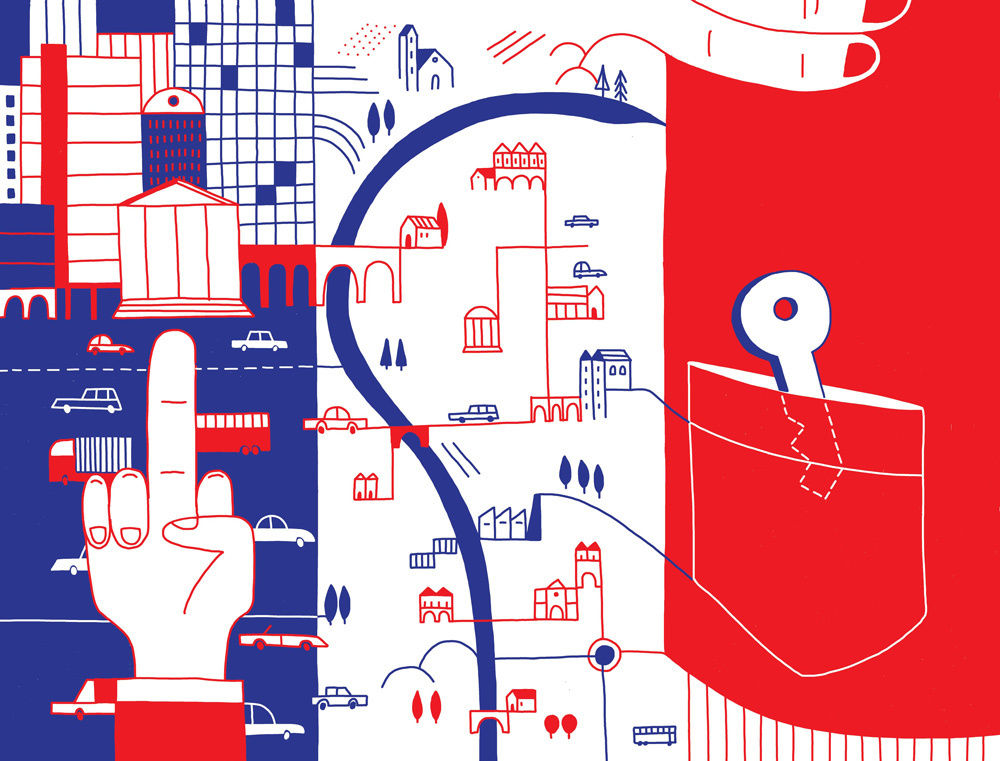