Summer styles of casual jackets, to cargo shorts or even summer sandals: The CAMEL ACTIVE S/S collection made of natural and durable materials is made for day to day life full of adventure. CAMEL ACTIVE commissioned Autumn SONNICHSEN c/o EMEIS DEUBEL to photograph part of the Spring/Summer ‘21 campaign in Brazil, which the fashion photographer calls her home.

The creative concept came from advertising and design agency Donkey Communication, which has accompanied CAMEL ACTIVE for fifteen years on its way from a very masculine brand for adventurers to becoming a leading supplier of casual outdoor clothing. Production was in the hands of GoSee Member NORTH SOUTH PRODUCTIONS with local support from Lucia Coimbra from GoSee Member TWO PALM PRODUCTIONS.

“Adventure and outdoor are still the mainstays of Camel Active. Our campaigns tell stories of new places. Of adventures big and small, which we encounter every day if we go through life with our eyes wide open. We’re not talking about expeditions to the Himalaya, but about experiences and desires that we can all relate to,” says the team from Donkey.

Originally from Los Angeles, Autumn SONNICHSEN moved to Paris, then to Berlin, before making Brazil her base. The lush light and landscapes there still captivate the photographer and music video director, whose favorite subjects include singers, rappers, ballet dancers, Iron Man triathletes, and her goddaughter. This diversity of subjects is something she really appreciates about her work: “You can live a lot of different lives, in just one week.”
08.08.2021 show complete article 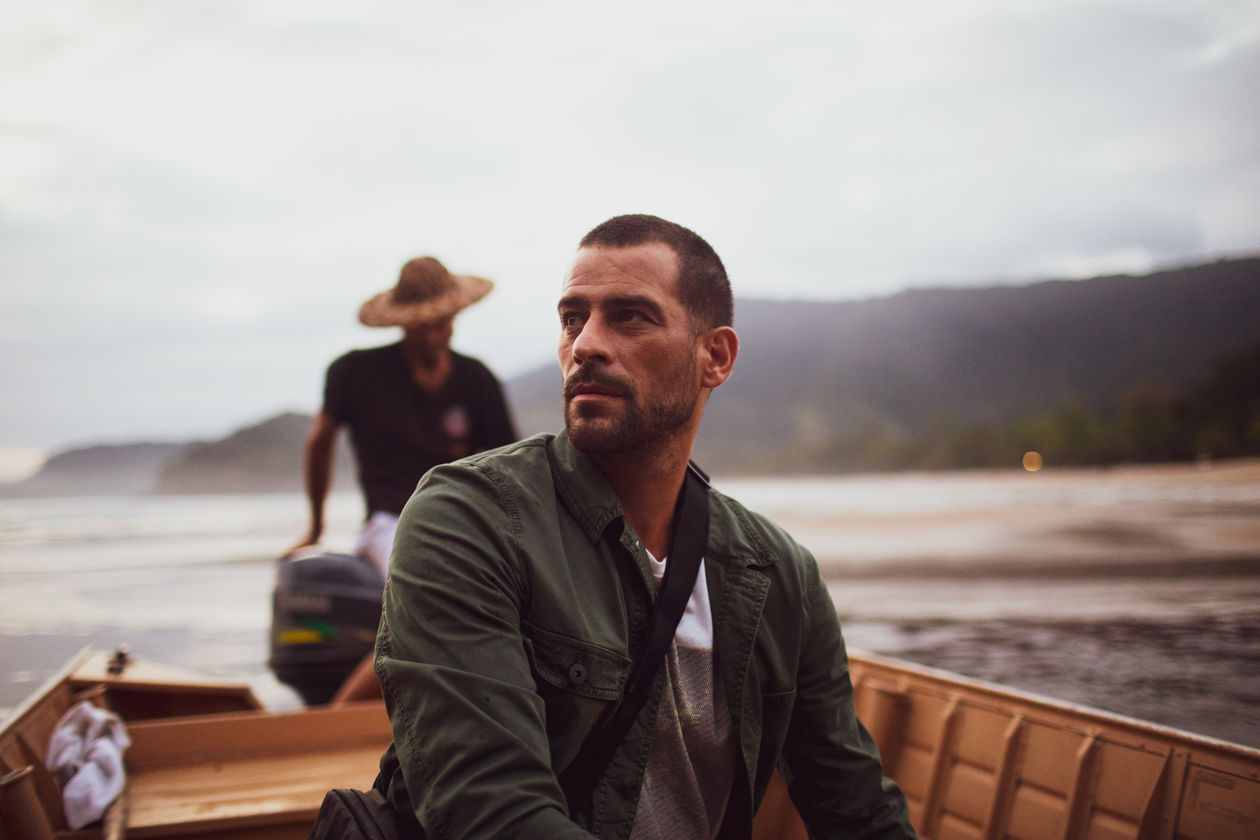 The photos were shot in the footsteps of architect Lina Bo Bardi by Valentin Giacobetti @ The Art Board. Lina Bo Bardi, born as Achillina Bo, (*1914 in Rome, Italy; † 1992 in São Paulo) was a Brazilian architect and designer of Italian heritage. Her work included, for example, the Museu de Arte de São Paulo (1957), also known as the ‘floating museum’, the church Espirito Santo do Cerrado (1977–1982) or the culture and sport center Fábrica da Pompéia (1977–1986).


About – Two Palms is a full service production company specializing in advertising and editorial shoots based in Rio de Janeiro. While we can produce anywhere, we are renowned for producing successful shoots in Brazil & South America. We have fully vetted and locally based service producers, directors, photographers, fashion, hair and make-up and interior stylists, plus a full range of other specialized, professional crews with many years of domestic and international experience. We can handle any of your production challenges, from the smallest to the largest. At Two Palms, we make sure you get a smooth production which is enjoyable, safe and cost effective. Contact us for referrals, cost estimates and references or if you have any questions. Individual quotations will reach you within 24 hours.
26.03.2020 show complete article

GoSee member TWO PALMS was on a mission at the beach in Rio de Janeiro as the local Production Company for a FRESCOBOL CARIOCA menswear shoot. The campaign was photographed by Alex Bramall entirely in line with the style of the brand – cool, active & always friendly. Before his successful career as a photographer, the London-based fashion and portrait specialist worked several years as art director and in the Art department of British Vogue. In creation was Art Director Shem Jacobs, also from London, and making a perfect appearance in front of the camera with the new Summer collection was Pedro Aboud c/o Mega Models. The producer was Pawel Walicki from Warsaw Creatives. We present you the photos and videos here on GoSee.

"Frescobol Carioca’s offerings are the embodiment of Rio’s laid-back spirit, proving you can live like a Carioca wherever you are." Frescobol Carioca has stores in London’s Marylebone, Soho and Notting Hill, is sold by more than 250 luxury retailers including Harrods, Selfridges, Le Bon Marché or Barneys and has collaborations with resorts and brands from Eden Rock Hotel, Louis Vuitton to Hôtel Costes and Le Club 55.

"Frescobol perfectly embodies the Rio way of life: cool, active and always friendly. Unlike other bat-and-ball games, frescobol players are partners rather than opponents who, with a non-competitive spirit, work together to keep the ball in the air for as long as possible. With two or more players facing each other, the aim of this elegant game is to maintain a rally. It can be played in any open area, although if one is in Rio, it is best enjoyed on Copacabana or Ipanema beach as the sun sets behind the twin peaks of the Morro Dois Irmãos. To celebrate the 70th anniversary of the game’s invention in 2015, frescobol was awarded Intangible Heritage Status alongside bossa nova and samba, reflecting its contribution to the cultural landscape of Rio. Our brand was born in honor of this sport and the culture it represents."

Two Palms is a full-service production company specializing in advertising and editorial shoots based in Rio de Janeiro. While we can produce anywhere, we are known for shoots successfully produced in Brazil and South America. We offer fully vetted and locally based production services, directors, photographers, fashion, hair & make-up and interior stylists, and a full range of other specialized, professional crews with several years of domestic and international experience. We can handle any of your production challenges, from the smallest to the largest. At Two Palms, we ensure a smooth production – that is fun, safe and cost effective. Contact us for referrals, cost estimates and references or if you have any questions. Individual quotations will reach you within 24hours.