I mean, it’s a different thing. When you look at reactions on the Internet, everyone’s got this kind of aggressive opinion about things. But I remember when I was shooting The Batman, when I met people in London, people were just so excited to talk to you about it.” we quote Robert Pattinson in WONDERLAND Magazine. For the cover spread, Batman and Catwoman Zoe Kravitz stood in front of the camera of Ellen VON UNWERTH c/o LGA MANAGEMENT.

Batman is a comic book character created by Bob Kane and further developed by Bill Finger whose true identity is billionaire Bruce Wayne and who wears a black suit resembling a bat. Batman appeared for the first time in 1939 in American comic book series Detective Comics (# 27). The publishing company later shortened its name to DC Comics. Batman is considered one of its most popular comic book characters.

In his second year as a crimefighter, Batman reveals in this big-screen rendition directed by Matt Reeves further corruption in Gotham City and a conspiracy which is somehow connected to his own family, while up against a serial killer known as the Riddler. 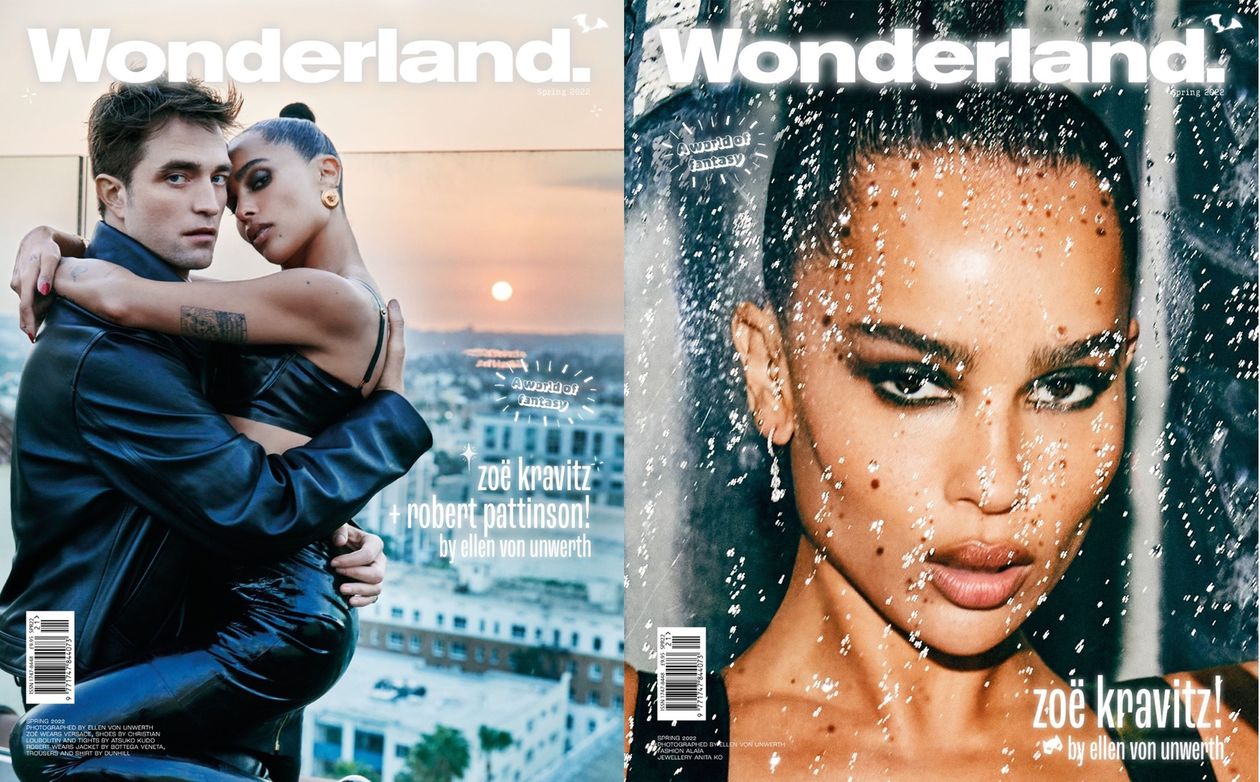